The stage is set for the U SPORTS football national semifinals on Saturday when the last four teams still standing will battle for a berth in the 2021 Scotiabank Vanier Cup, presented by Levio, on Dec. 4 at TELUS-Université Laval Stadium in Quebec City.

The OUA conference champions Western Mustangs (8-1) and the AUS conference winners StFX X-Men (8-0) kick things off at 12 p.m. ET in the Mitchell Bowl at Western Alumni Stadium in London, ON.

New national champions will be crowned later this month as the Calgary Dinos (2-4), who claimed their fifth Vanier Cup final in 2019, failed to make the Canada West Playoffs.

Only the Montreal Carabins were able to repeat as RSEQ champions, as the AUS, OUA and Canada West titles found a new home.

In the RSEQ, the Carabins dominated from start to finish in a 28-19 victory against the Laval Rouge et Or (6-4). The victory marked Montreal’s third win against Laval in 2021. 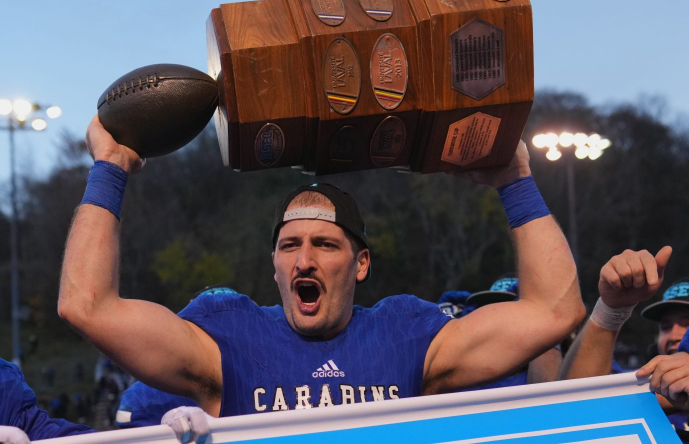 In the AUS, The STFX X-Men are 2021 AUS football champions following a 25-17 victory over the Bishop’s Gaiters in the Loney Bowl championship game at STFX Stadium. A pair of second-half touchdowns by AUS rookie of the year Malcolm Bussey (Hammonds Plains, NS) help lift the X-Men to their 15th overall conference title in team history in the 48th edition of the AUS Loney Bowl conference championship game. 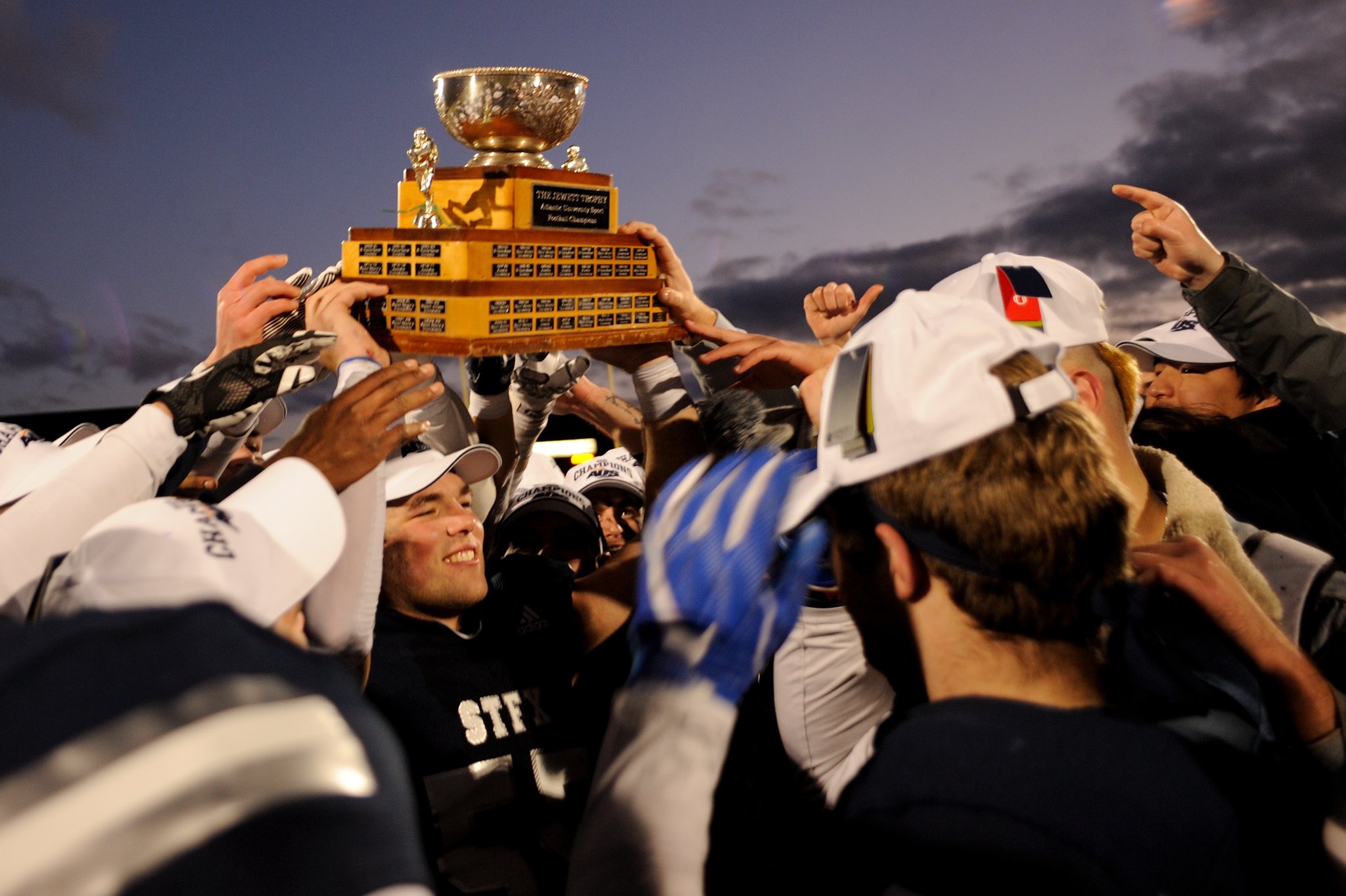 In the OUA, the Western Mustangs blanked the previously unbeaten Queen’s Gaels (7-1) by a score of 29-0. Keon Edwards rushed for 158 yards on 21 carries and three touchdowns as Western’s run game dominated the Gael’s defence. 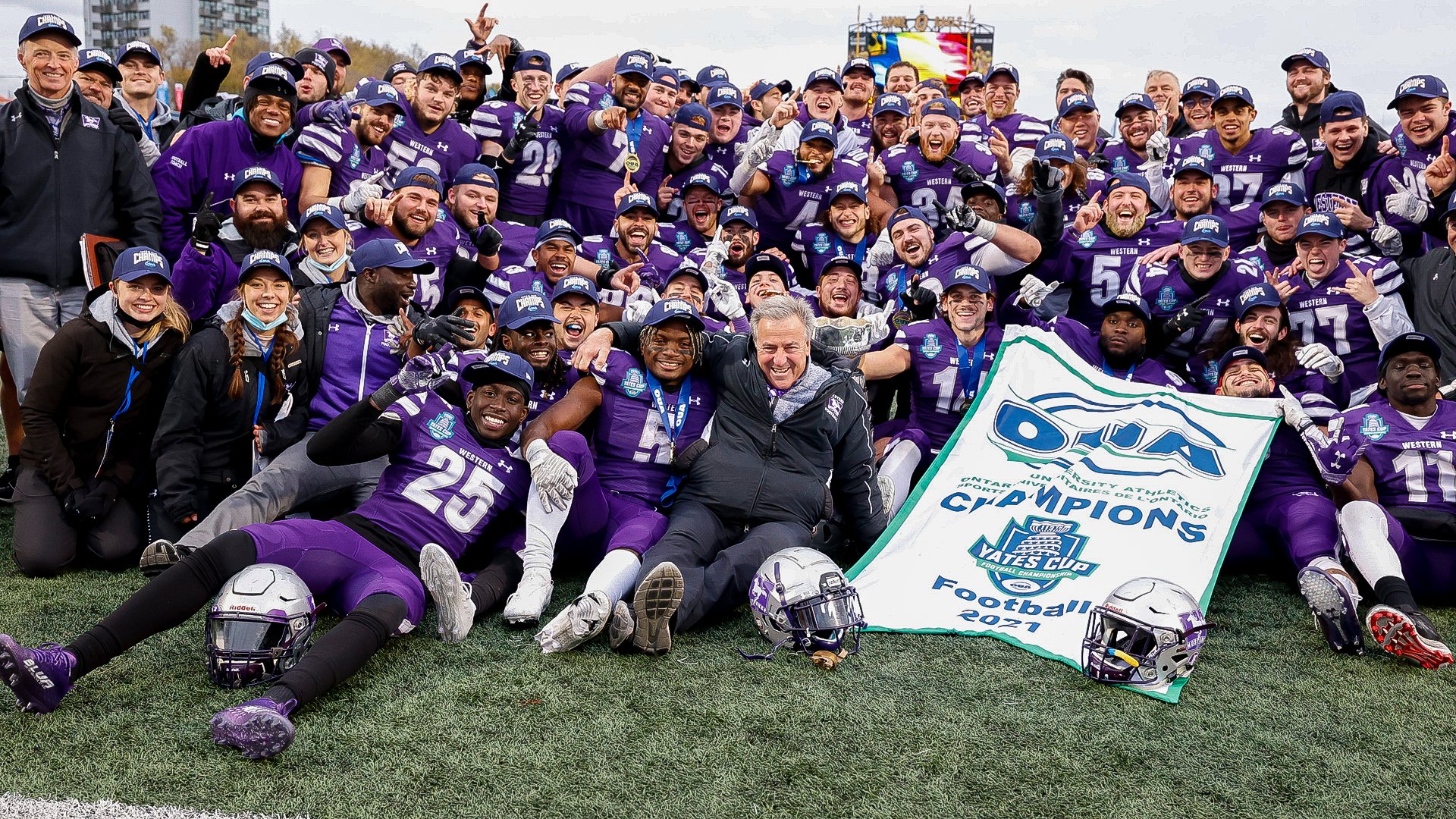 Finally, in Canada West, the Saskatchewan Huskies weathered an early offensive outpouring by the Manitoba Bisons (5-3) to win their second conference title in three seasons. Despite trailing by 16 points in the first quarter, the University of Saskatchewan Huskies football rallied off 38 unanswered and ultimately defeated the Manitoba Bisons 45-17 in the 84th Hardy Cup at Griffiths Stadium. 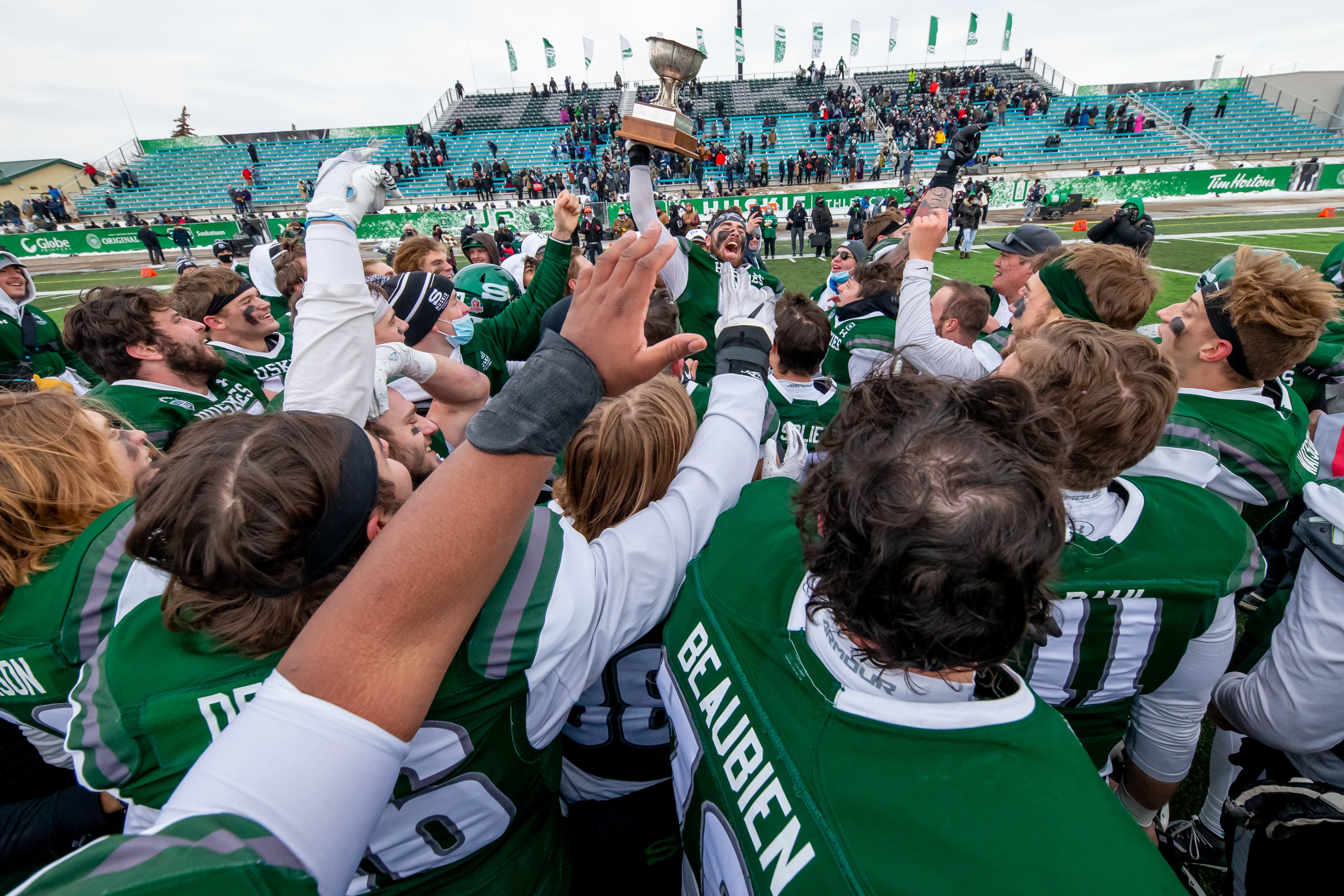 StFX has looked as good as any AUS team in recent years this season. Coming off an unblemished season to date, the X-Men were the highest-scoring team in the AUS in league play thanks to their 32.2 points and 283 total yards per game and were also solid on defence allowing 16.5 points per contest. 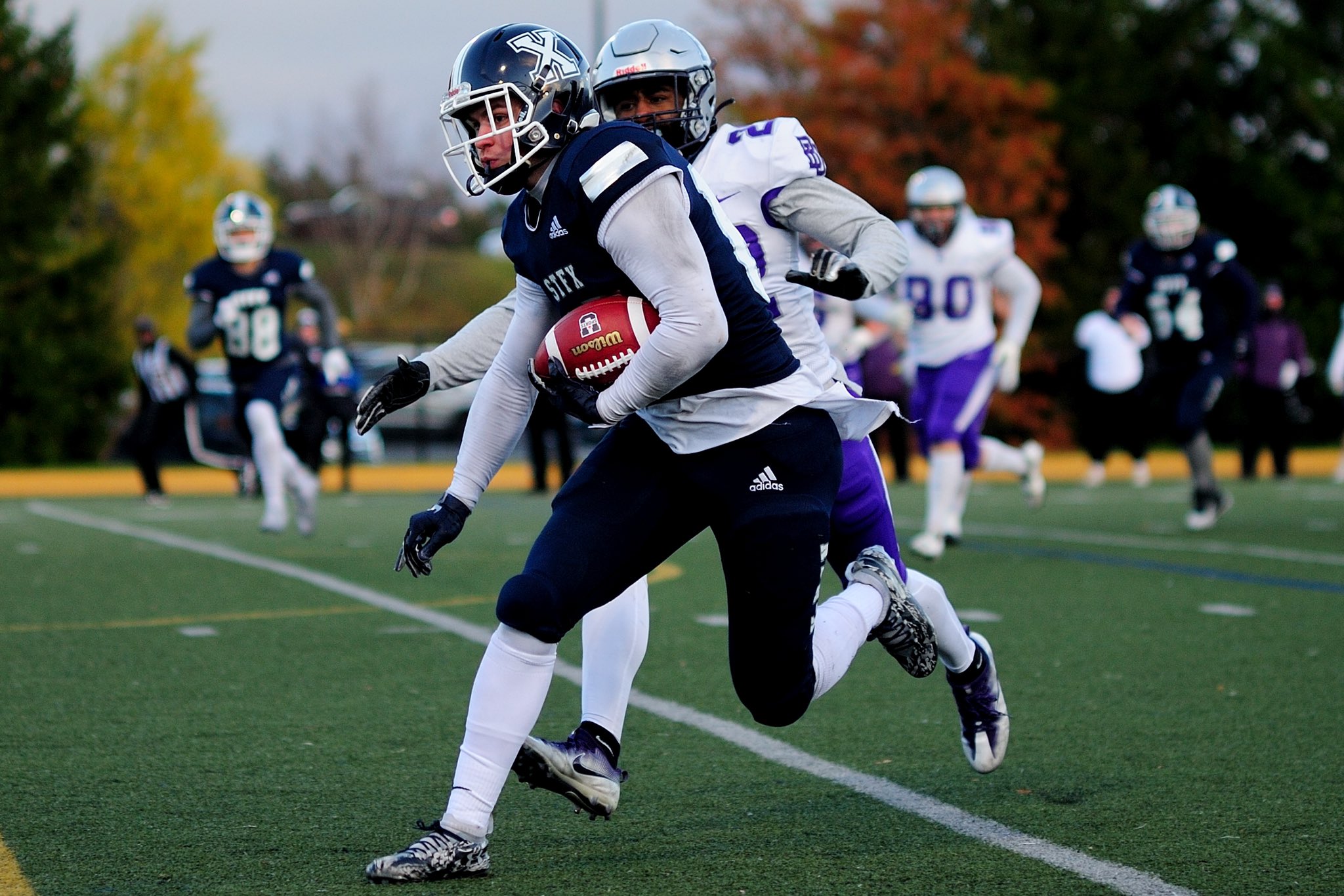 Fagnan led the AUS conference in passing—and was ranked fourth nationally— with an average of 259.4 yards per game and a regular-season total of 1297 yards. He also threw for a league-leading 10 passing touchdowns, the fifth-most in the country. Fagnan's passing efficiency (159.1) and completions (100) topped the AUS as well.

In his 13th year at the helm of the StFX program, Waterman led the X-Men to a 6-0 regular-season record, first place in conference standings and a 1-0 record so far in the postseason.

Still, the X-Men are well aware of the challenge at hand. No AUS team has won a national semifinal since Saint Mary’s in 2007.

As good as it has been so far in 2021, StfX’s defence is about to face by far its stiffest test of the season on Saturday against the explosive Western offence.

The Mustangs rank first in the country in points, averaging 44.3 points per game, thanks in large part to their rushing prowess, which also ranks first in the nation with 260.2 yards per game and 18 regular-season touchdowns. 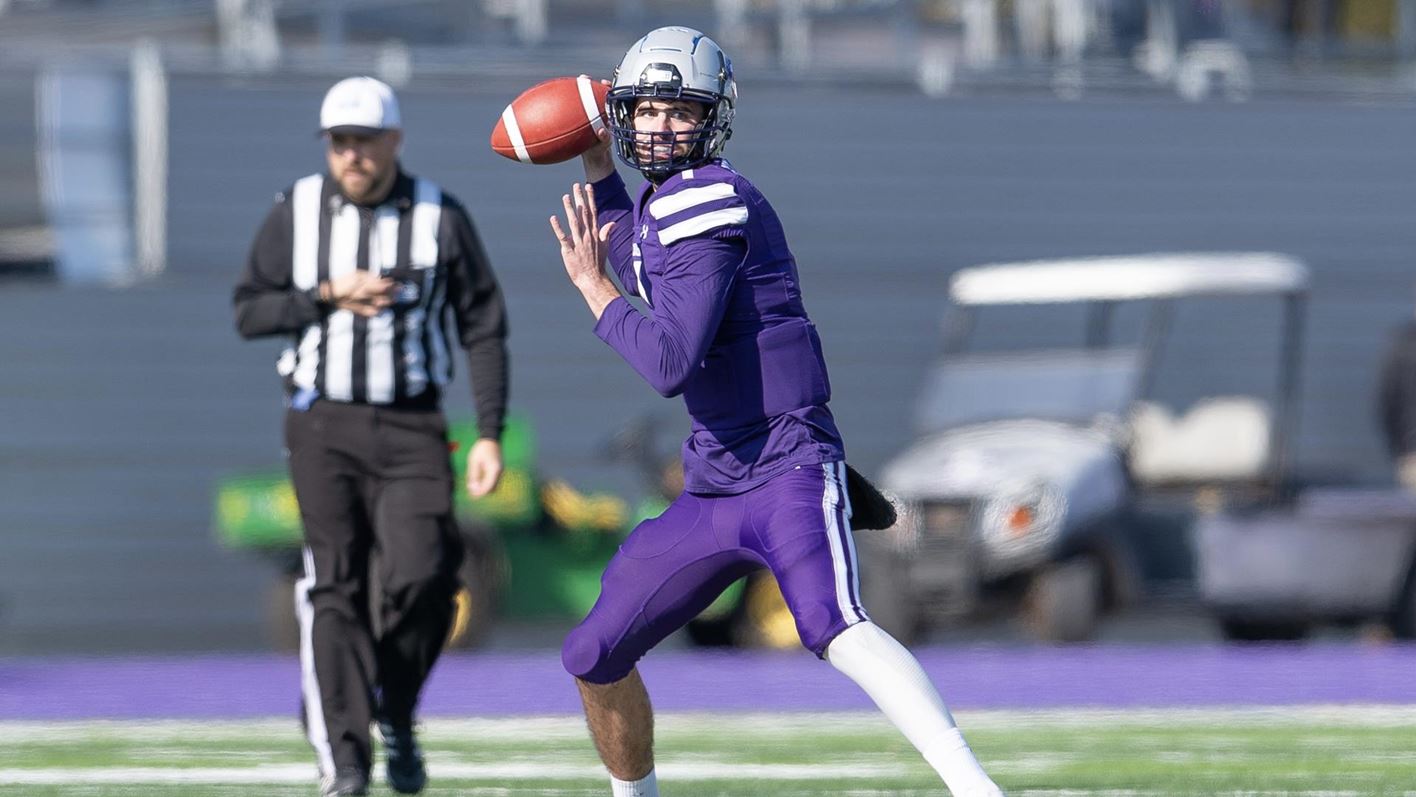 On the defensive side, Western’s Deionte Knight was the recipient for the J.P Metras Lineman of the Year Award after being a stalwart on the Mustang’s defensive line.

Knight was among the league leaders in sacks, reeling in the quarterback six times on the season (2nd in OUA). Among the highlights of those was his strip sack against Windsor in the tail end of the season, as he not only forced the turnover, but recovered the ball for the touchdown thereafter. Beyond that defensive player of the week performance in Week 6, Knight finished the season with eight solo and 17 assisted tackles for the London squad, and played an integral role for the conference’s stingiest defence for yards allowed (271.7 yards per game).

Knight became the ninth Mustang to take home the honour and first since 2016.

The Uteck Bowl, meanwhile, is a tough one to call, on paper at least as the balanced offence of the Saskatchewan Huskies will lock horns with the No. 1 Montreal Carabins 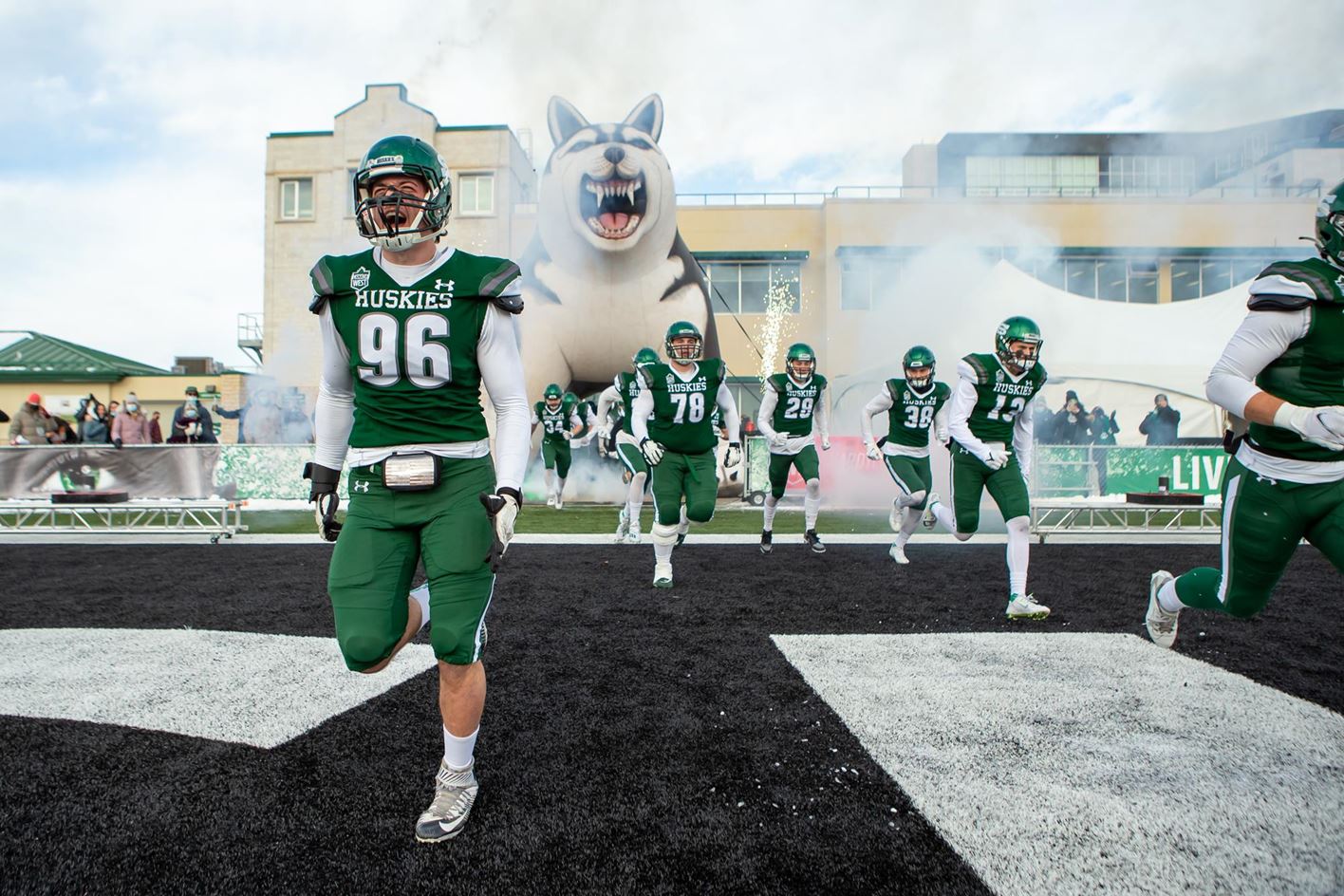 Saskatchewan’s Scott Flory was honoured by his peers as Canada West Coach of the Year for the second straight season after leading his Huskies to a 5-1 season and their second Hardy Cup victory in the past three years.

The Montreal Carabins have an impressive passing attack of their own, averaging 255.5 yards per game during the RSEQ regular season, ranking fifth in the nation, while their 28.3 points per game ranks eight in U SPORTS. 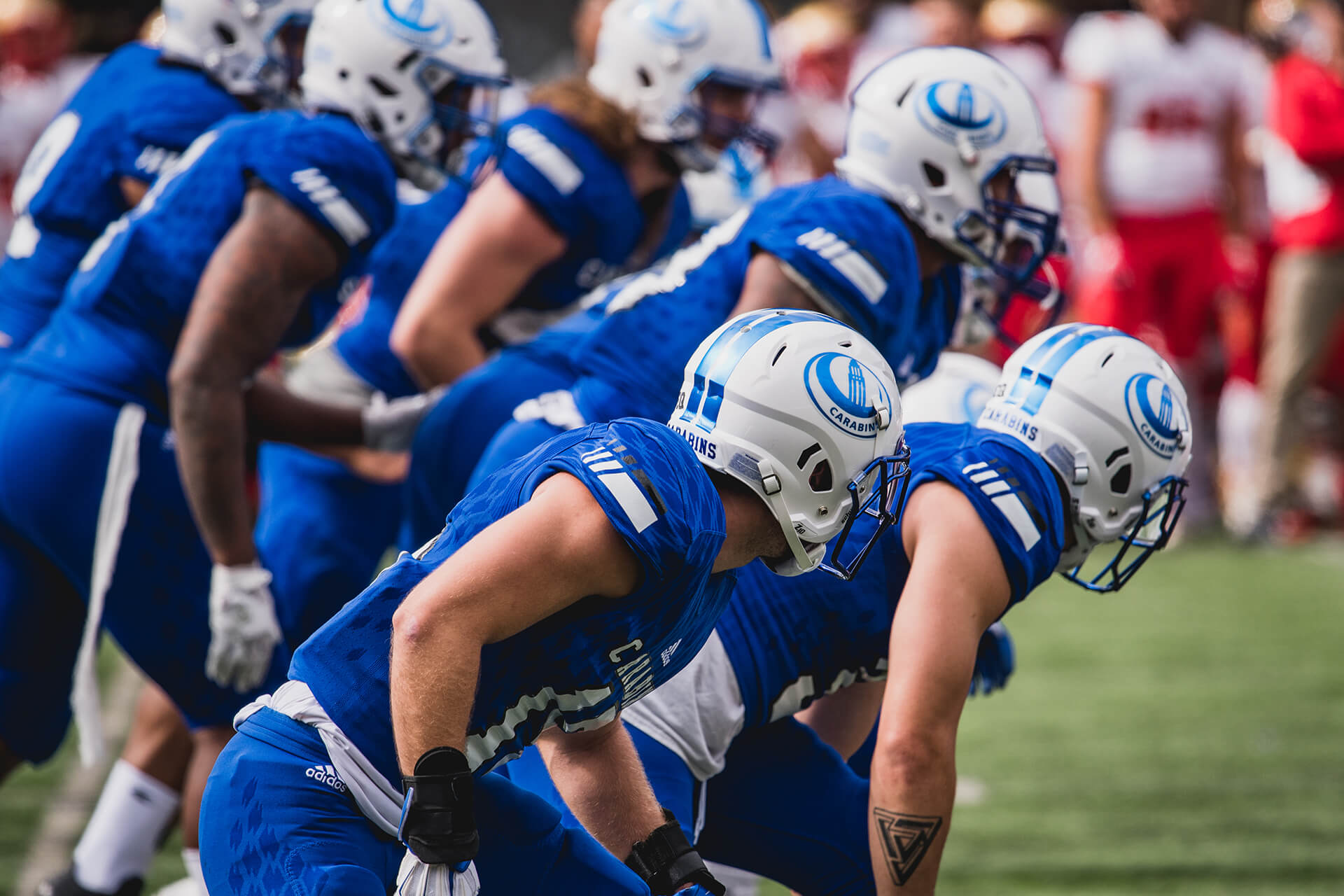 Meanwhile, on the defensive side, the Carabins led U SPORTS in total sacks with 25 and fumble recoveries with 11, while allowing just 14.1 points per game.

A big part of the dominant Montreal defence is Philippe Lemieux-Cardinal who was named RSEQ Lineman of the Year. The fourth-year kinesiology student recorded 4.5 sacks to go along with two forced fumbles and a fumble recovery on the season. 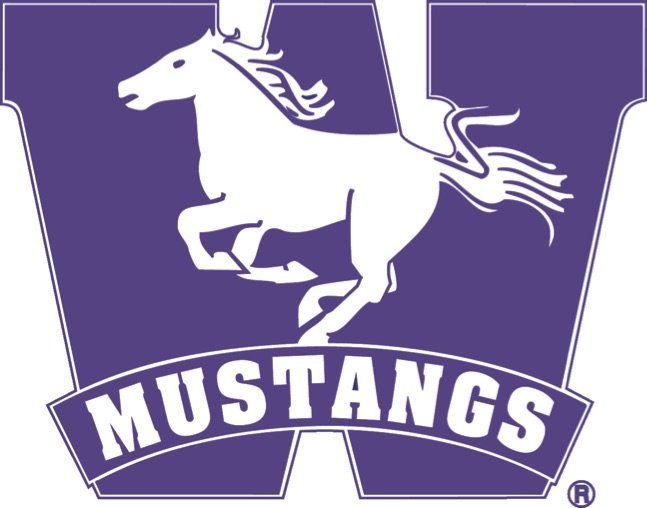 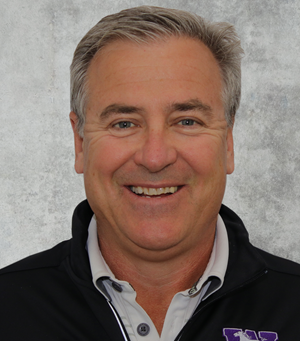 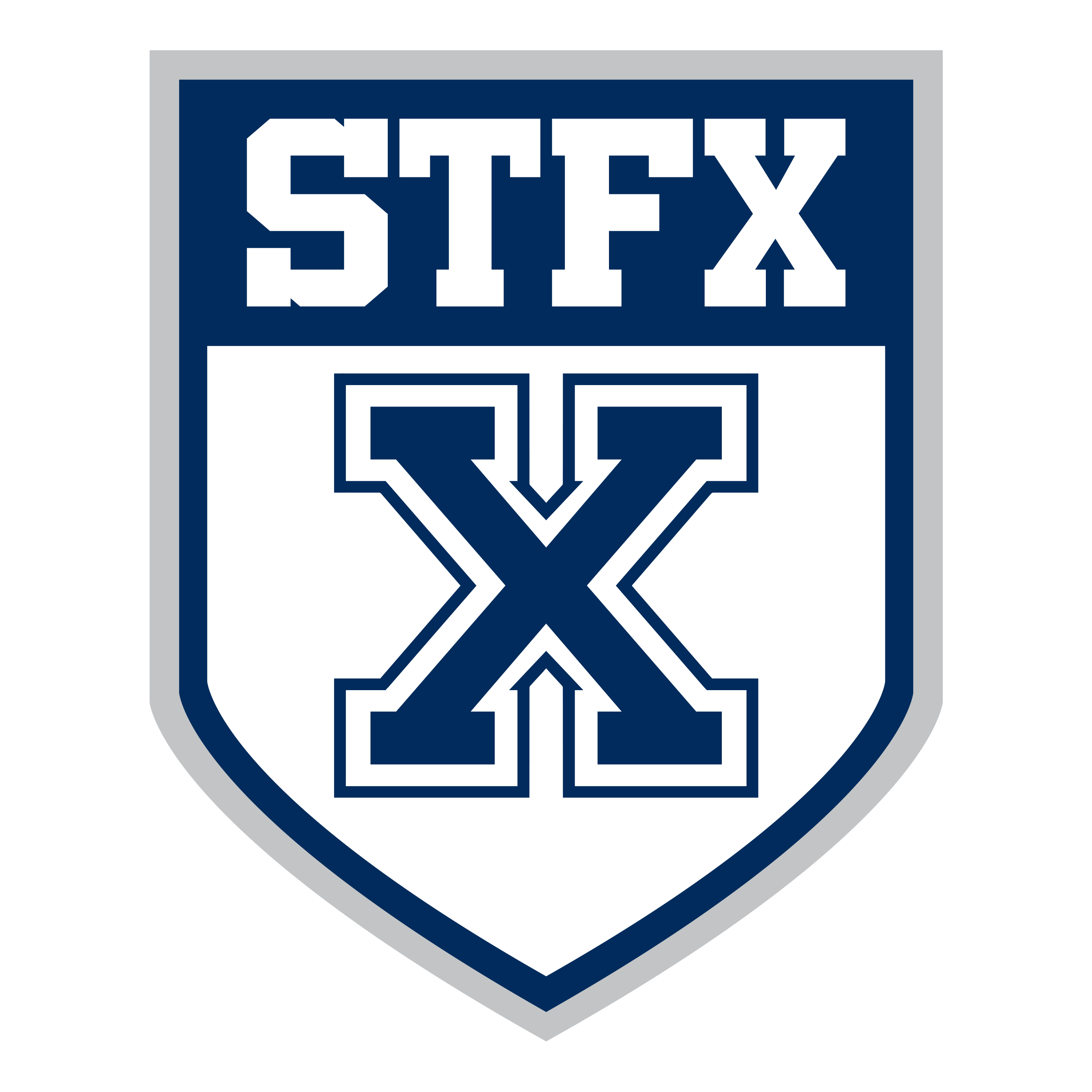 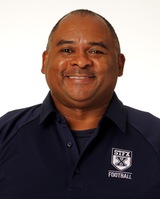 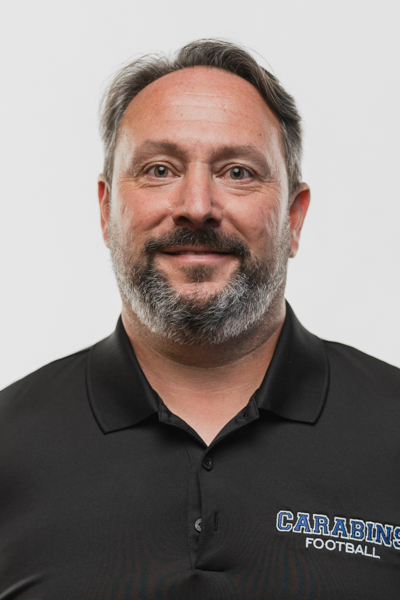 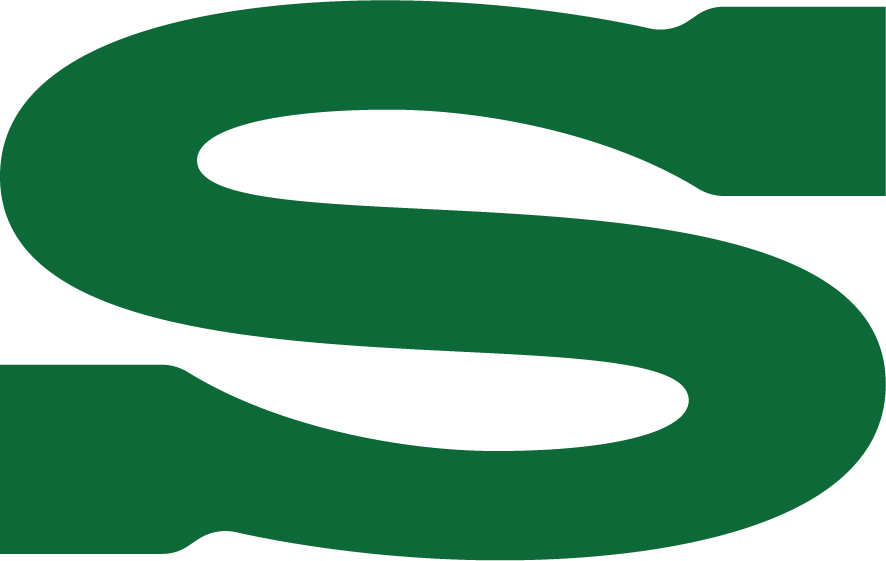 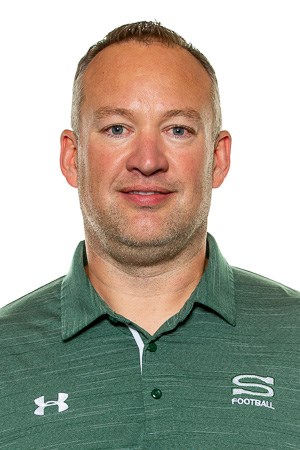