StFX running back Malcolm Bussey, Bishop’s defensive lineman Remi Desbiens and Western kicker Brian Garrity are the U SPORTS Football Players of the Week, for the period ending Nov. 14, 2021. 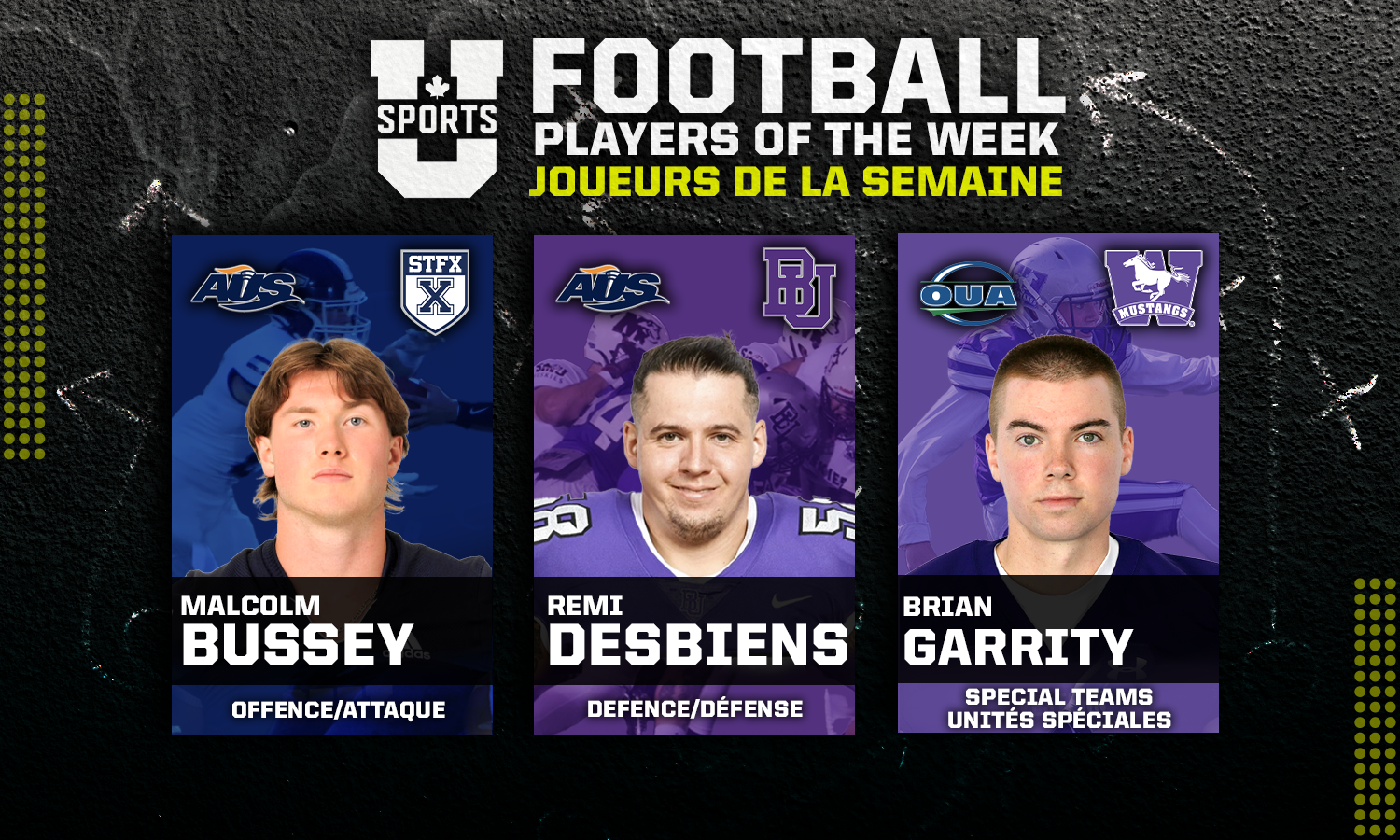 A first-year arts student from Hammonds Plains, Nova Scotia, Bussey was dominant in the X-Men’s 27-22 AUS semifinal win over Acadia on Saturday. The running back had a big game on the ground, with 32 carries for 258 yards, averaging 8.1 yards per carry. Bussey scored a four-yard rushing touchdown late in the second quarter that capped off a 104-yard, 10-play drive—with all 10 plays coming off consecutive rushes by Bussey. 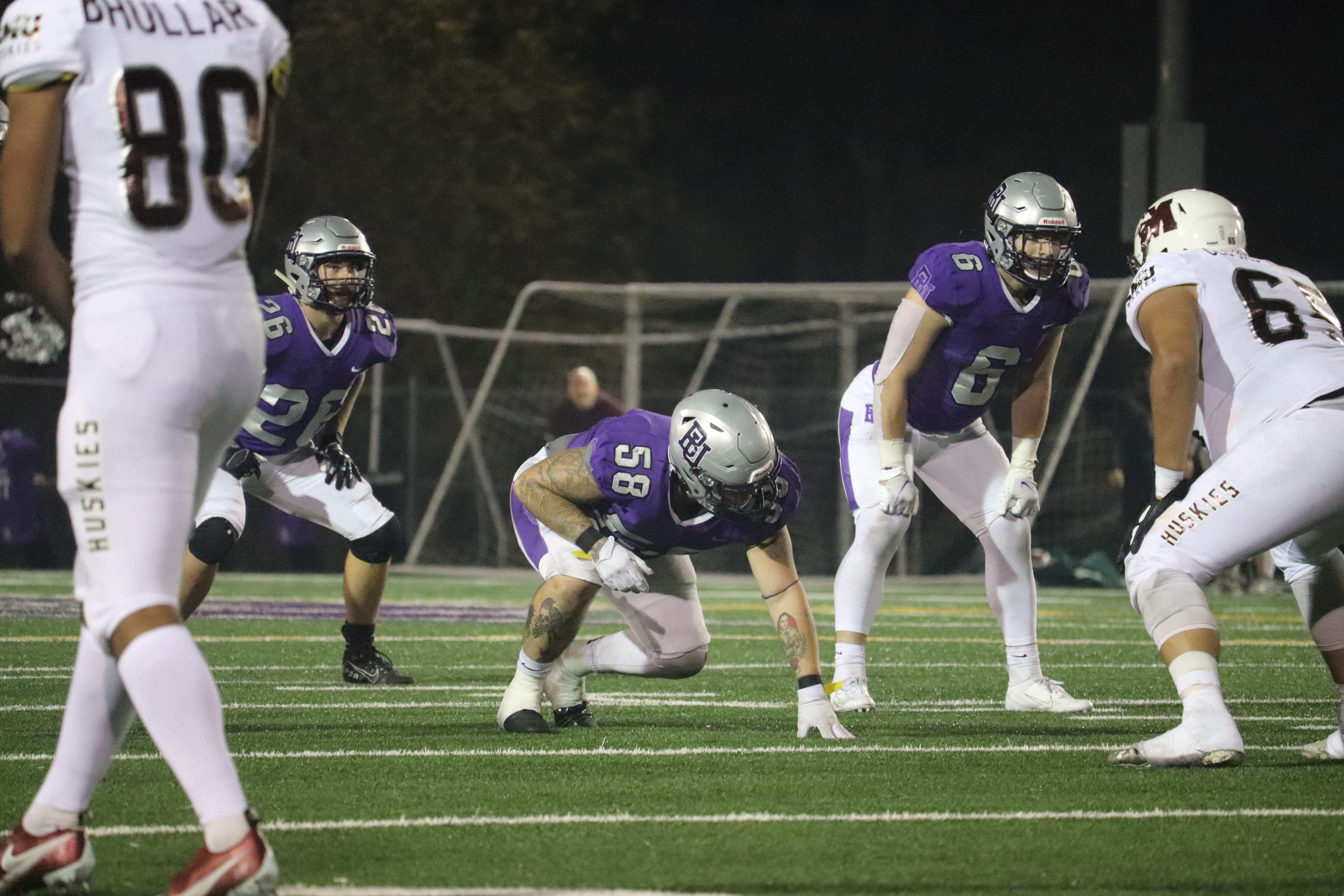 A fifth-year business student, Desbiens led the Gaiters’ defense in Saturday’s 23-5 AUS semifinal win over the Mount Allison Mounties in Sackville. The veteran defensive lineman was integral to the Gaiters’ efforts to hold the Mounties to 177 total offensive yards.

Desbiens tallied 7.5 tackles, including 7 solo tackles, and had four sacks for a loss of 25 yards and an additional tackle for loss. The Sherbrooke, Quebec native also forced one fumble in the contest. 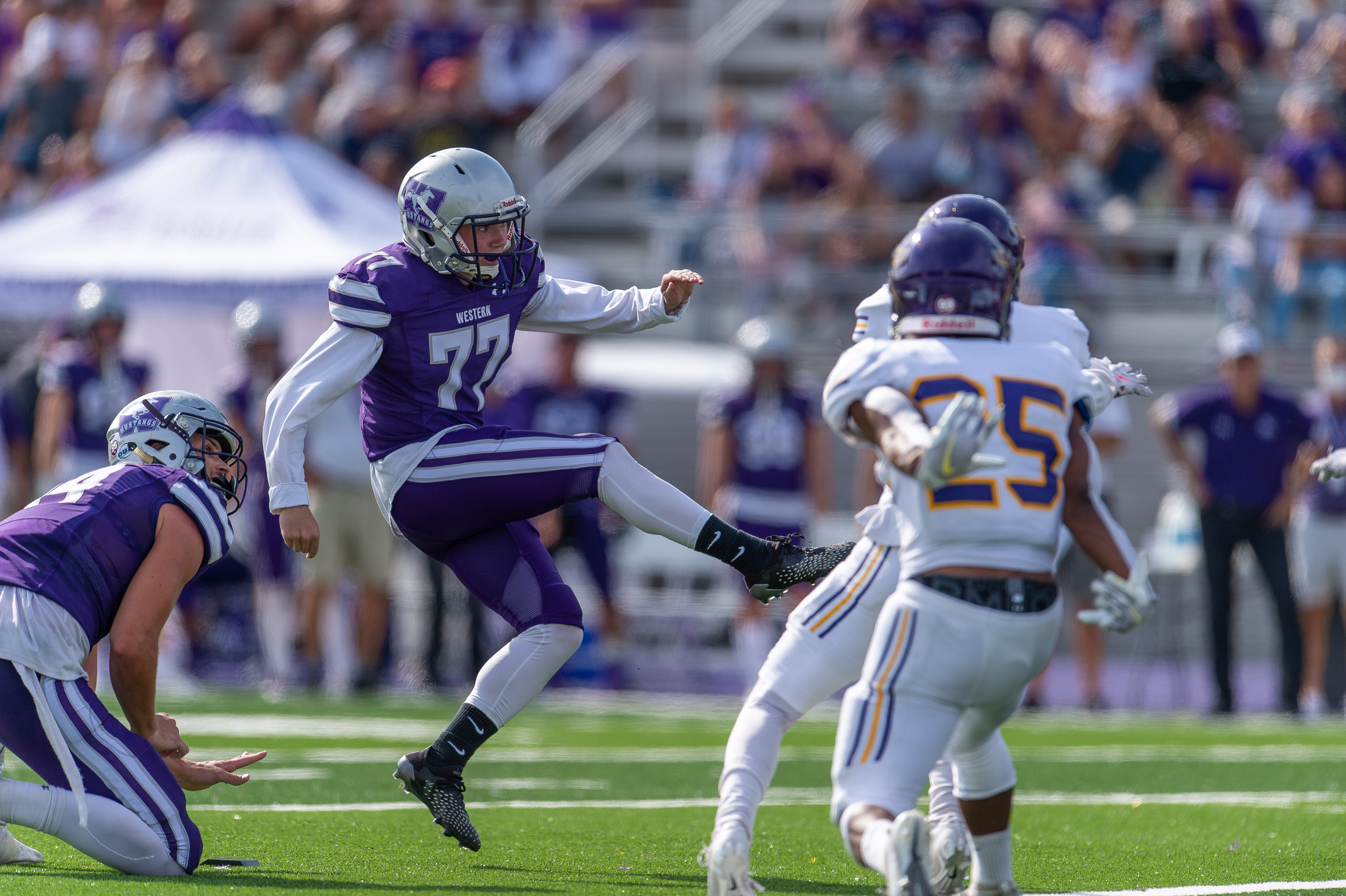 In a defensively-driven contest with a trip to the Yates Cup on the line, every play proved pivotal for the Western Mustangs, Brian Garrity stepped up.

After connecting on 15 field goals in Western’s six regular-season contests, the first-year kicker made another four field goals against the Gryphons. His first three points of the game came via a trio of extra points, converting successfully after Western’s opening three touchdowns before the game gave way to the special teams standout in the fourth quarter.

With Western was up by 12 in the second half, Garrity accounted for his team’s next and final 12 points. The kicker connected on a 40-yard field goal to start this stretch, followed by makes from 14, 36, and 33 yards, respectively.