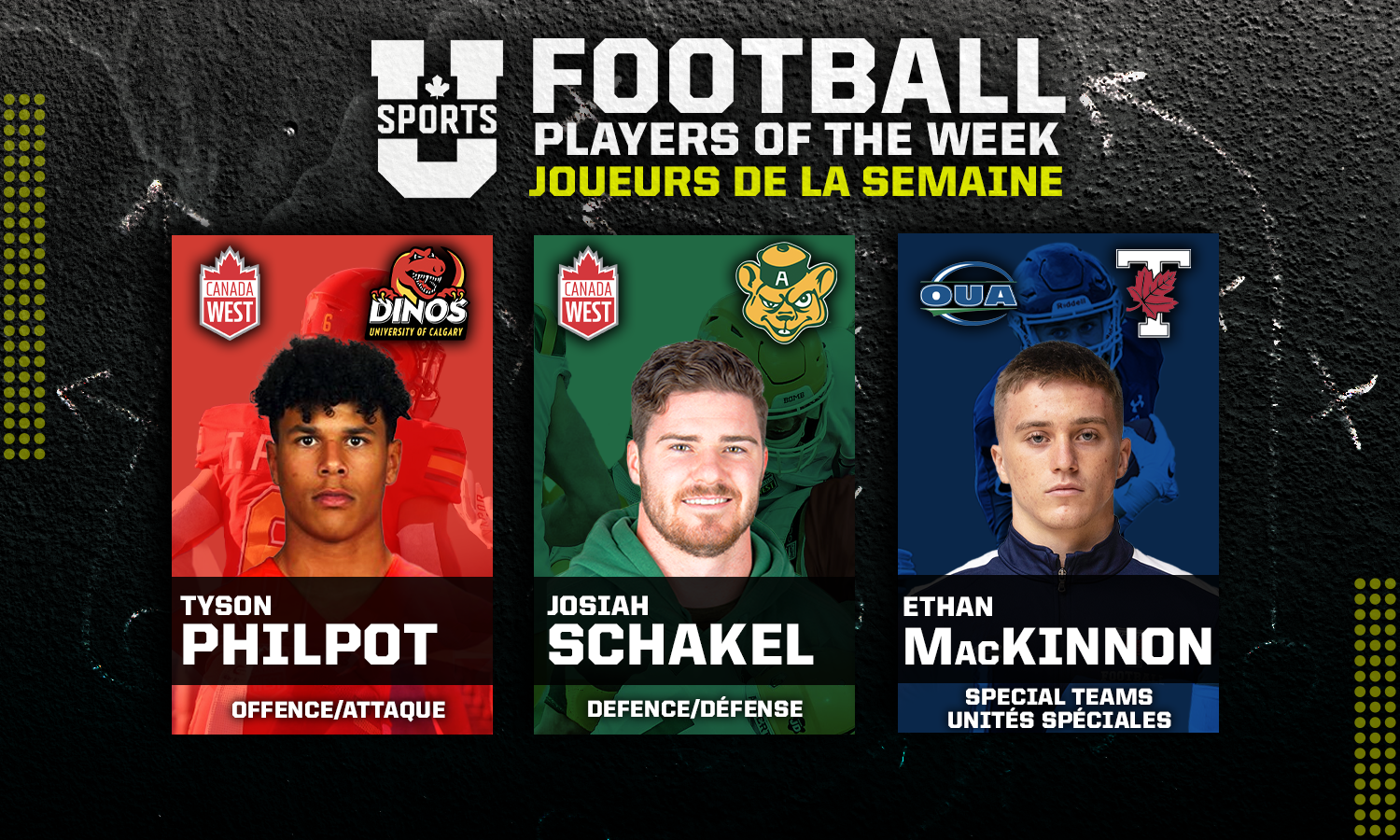 Dinos receiver Tyson Philpot hauled in seven passes for 214 yards in the Dinos 54-14 win over the UBC Thunderbirds on Saturday. The third-year receiver found the end zone three times in the game, giving him a conference-best seven majors on the season.

Philpot gave the Dinos an early lead with a 37-yard touchdown reception on the Dinos opening possession of the game. In the third quarter, the Delta, B.C. product scored majors on receptions of 42 and 80 yards. 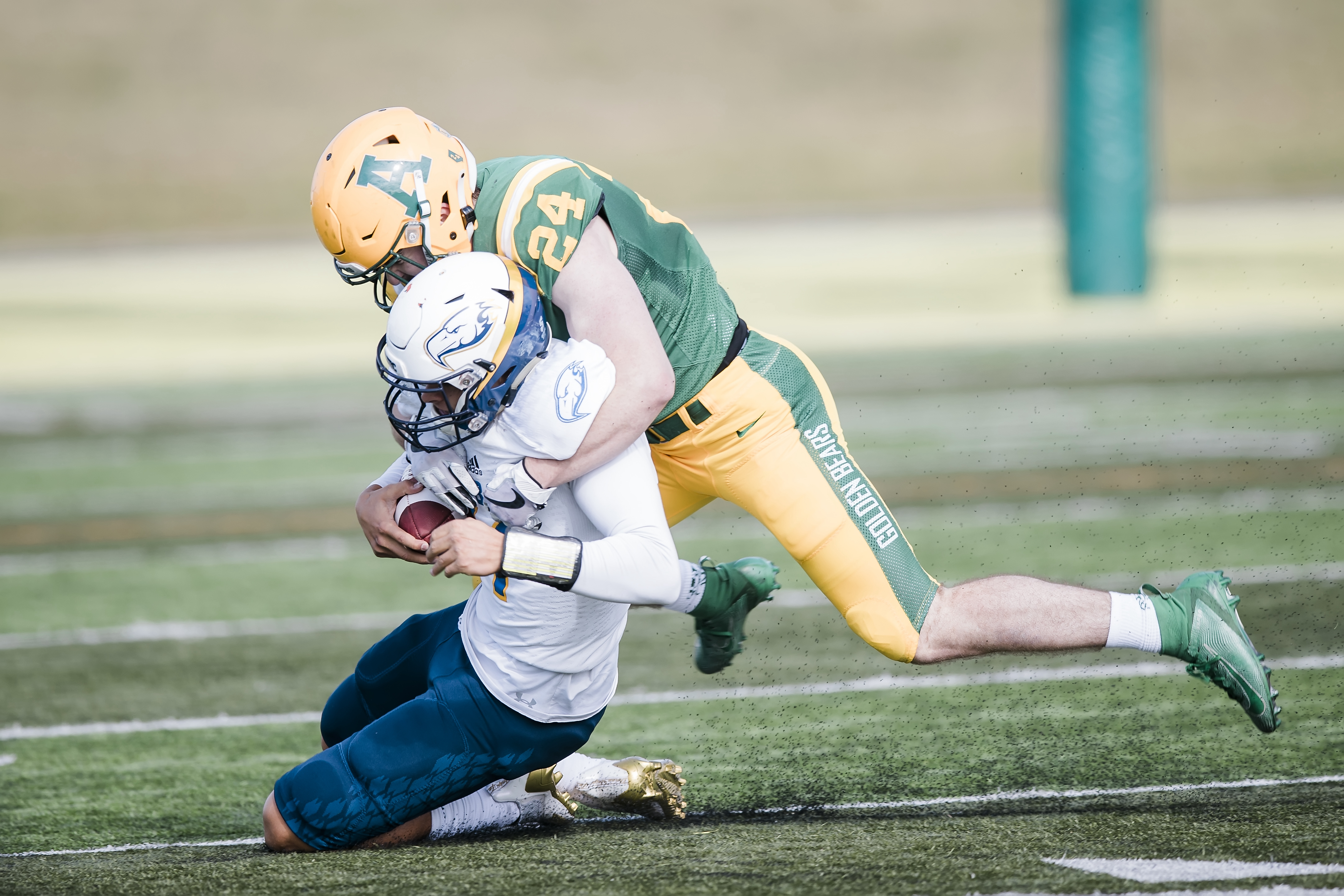 In Edmonton, Golden Bears linebacker Josiah Schakel was all over the field in Alberta's 23-22 crucial win over the Regina Rams on Saturday. With the win, Alberta locked up a spot in the 2021 Hardy Cup playoffs.

Schakel, who leads the conference with 45.5 tackles this season, finished the day with a game-high nine tackles. The Sherwood Park, Alta. native had three tackles for loss, including a pair of sacks. The fourth-year Golden Bear forced a pair of fumbles on the day, one of which was recovered by Alberta. 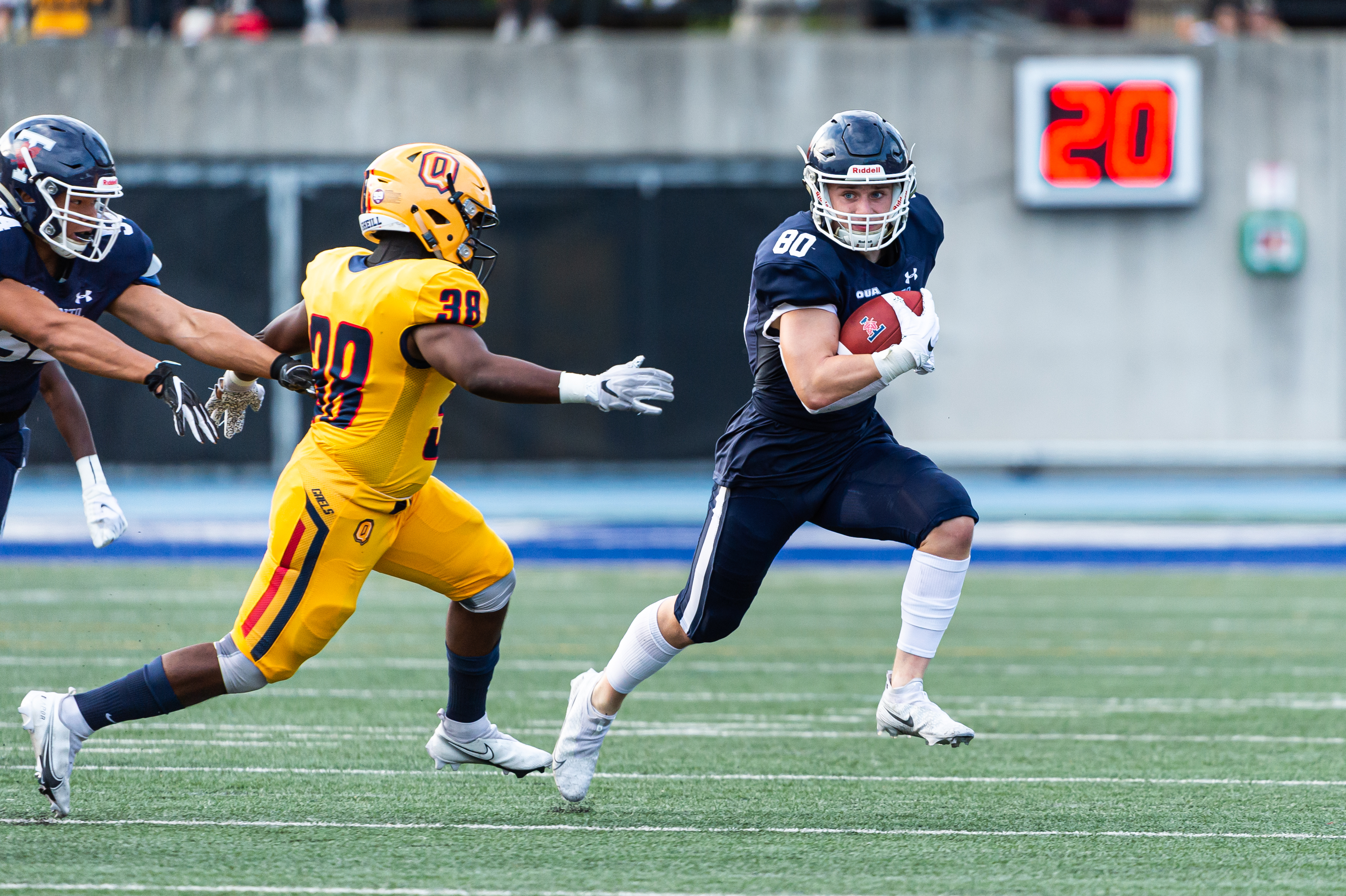 The Toronto special teams unit shone bright to close out their regular season run, and at the heart of the team’s fireworks on Saturday, was one of the OUA’s top returners, Ethan MacKinnon.

The commerce major from Amherstburg, Ont. helped the Varsity Blues secure second place in the OUA East Division and a home playoff berth to boot following a dominant 41-7 victory over the York Lions. MacKinnon did so with an impactful return game, much like he did all season long for the playoff-bound Blues.

The OUA leader in punt return yardage (345) made sure to maximize that total with his nine punt returns in the game. MacKinnon made the most of those attempts, registering 159 yards returning for the Blues, including six that went for more than 10 yards. By far his longest and most impactful of those returns, however, came halfway through the second quarter, when MacKinnon fielded the ball well into Toronto territory and ripped off a 75-yard punt return touchdown.

The second-year receiver/returner capped off his day with one reception for nine yards.

U SPORTS Rankings: StFX X-Women open as No.1 in Women’s Hockey rankings