U SPORTS legend and former Western Mustang Tim Tindale will joined by four other iconic players, three legendary builders and two distinguished media members into the Canadian Football Hall of Fame (CFHOF) and Museum in the Class of 2022.

The members of the Class of 2022 will be officially inducted on the evening of September 16 at Tim Hortons Field, and they will also be honoured on the following day at halftime of the Hall of Game with the Winnipeg Blue Bombers set to visit the Hamilton Tiger-Cats in a rematch of the 2021 Grey Cup championship. Kickoff is slated for 4 p.m. ET. Tickets are available for purchase here. 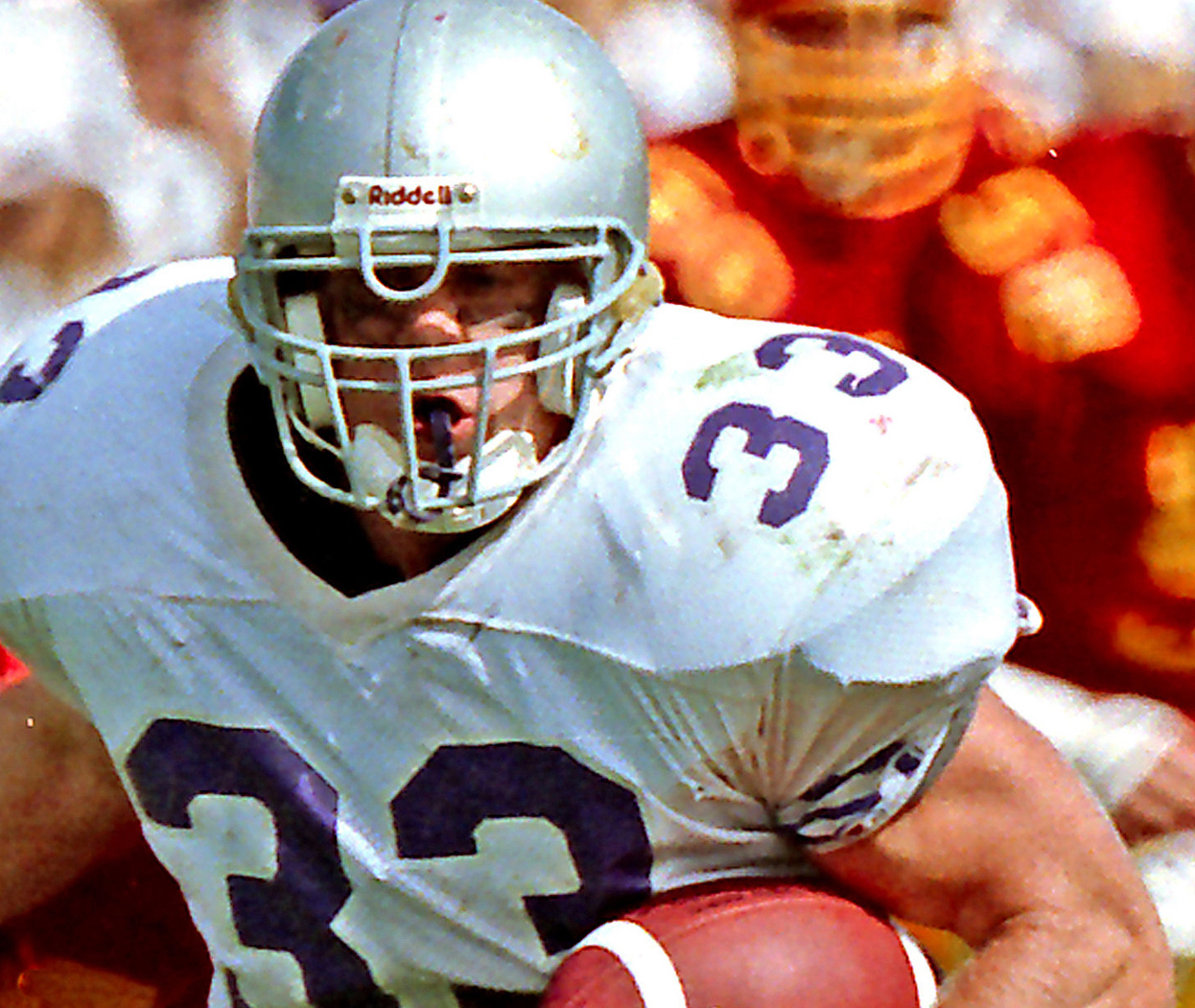 “The Canadian Football Hall of Fame is honoured to welcome this year’s incredible class,” said Greg Dick, Interim CFHOF Executive Director. “Their accomplishments on and off the field serve as tremendous inspiration to everyone who loves Canadian football. To the selection committee, thank you for your time and dedication to shining the spotlight on these amazing individuals and their outstanding careers.” 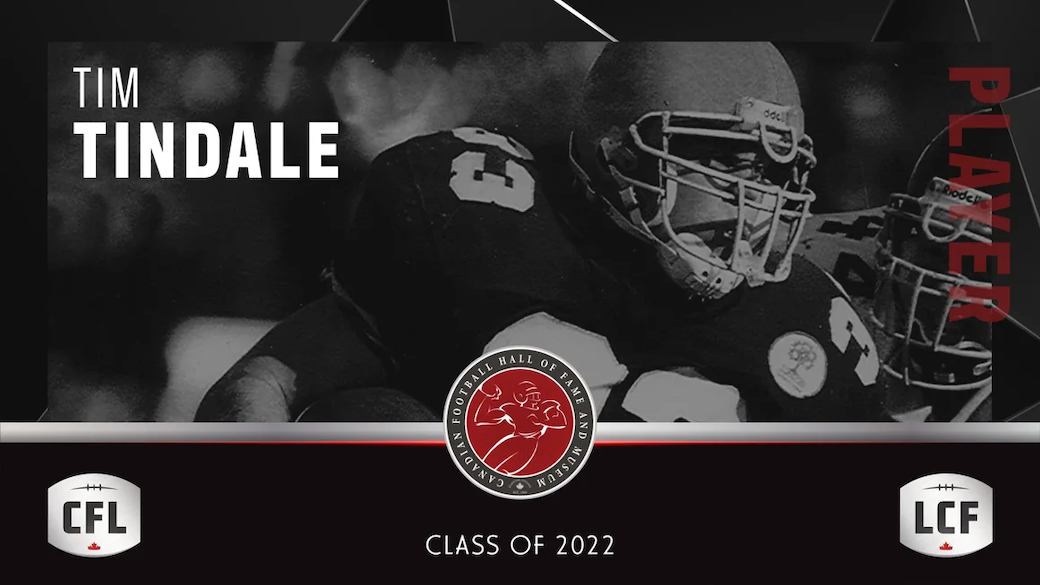 Tindale, a native of London, Ont., played collegiately for his hometown Western Mustangs. The running back won the Hec Crighton Trophy twice (1991 and 1993). In four seasons, Tindale tallied 2,554 yards (7.9 yards per carry) and 36 all-purpose touchdowns.

Tindale’s university resume includes two first-team All-Canadian selections (1991 and 1993), a nod as the Most Outstanding Male University Athlete (1993-94) – a first for a football player – and a then-U SPORTS record for rushing yards in a single season (1,208). He went on to play 37 games for the Buffalo Bills across three seasons.

For Tindale, the honour of induction came as a surprise.

“It kind of caught me off guard. I just found out about it,” said Tindale. “I was aware that Marv Levy was [inducted] in this year. So that’s quite special, to be included with the likes of him is amazing.”

Levy, who was recently inducted into the Hall of Fame in the Builders category in the Class of 2021, started his professional football coaching career with the CFL’s Montreal Alouettes before heading to the NFL where he served as the head coach of the Kansas City Chiefs and the Buffalo Bills. Levy coached Tindale from 1995 to 1997.

“My first day at my first mini-camp, Marv came up to me and he knew my name, he knew where I was from, my hometown, the school I went to,” recalled Tindale. “That really started my time off in Buffalo quite well.” 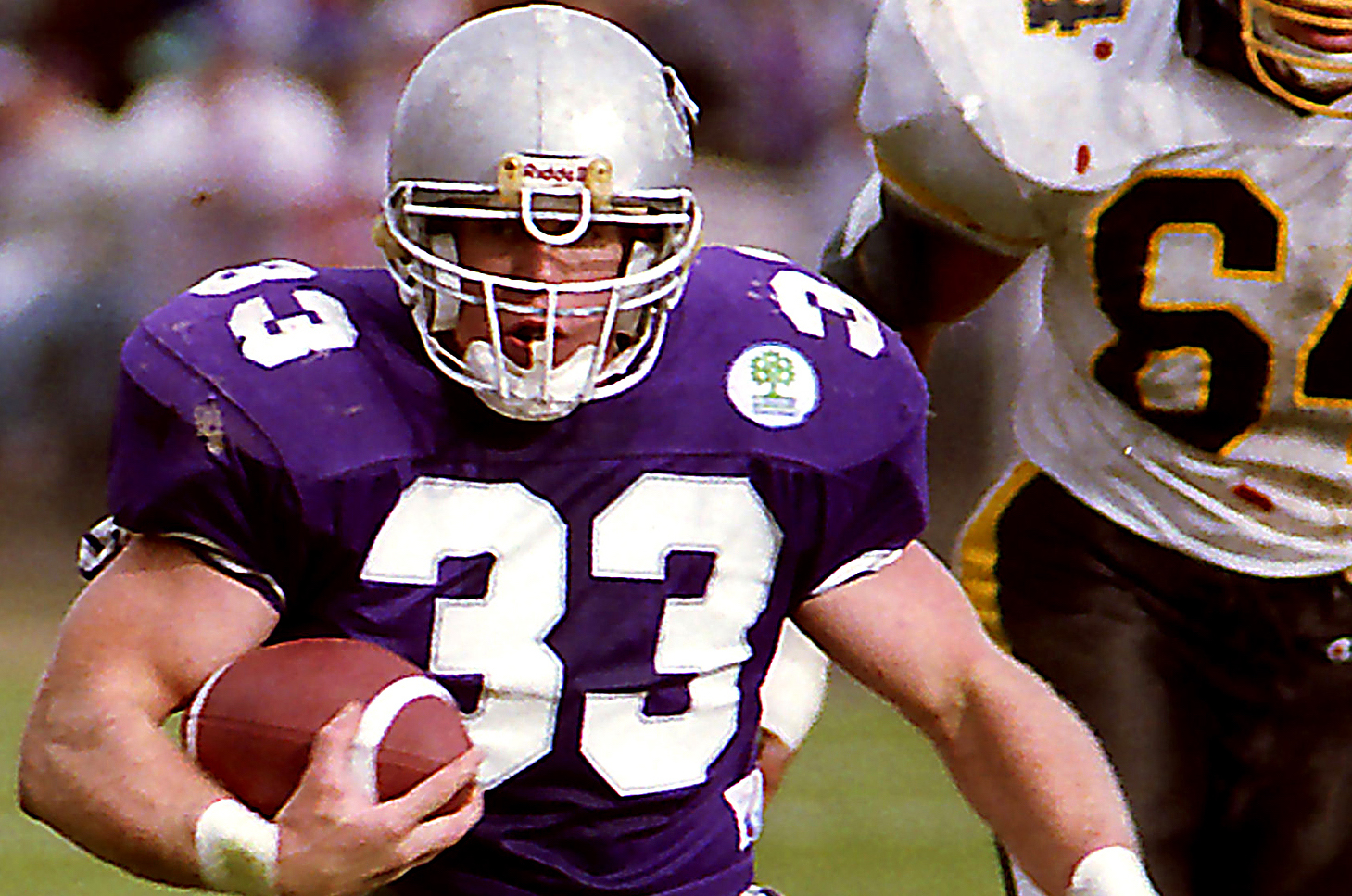 Tindale also credits former Western head coach and Canadian Football Hall of Fame inductee, Larry Haylor, as being pivotal for his success on the field.

“I’ve had a lot of great coaches and Larry Haylor has got to be right up there with the best of them,” said Tindale. “He was a huge influence on me, especially my first year at Western.