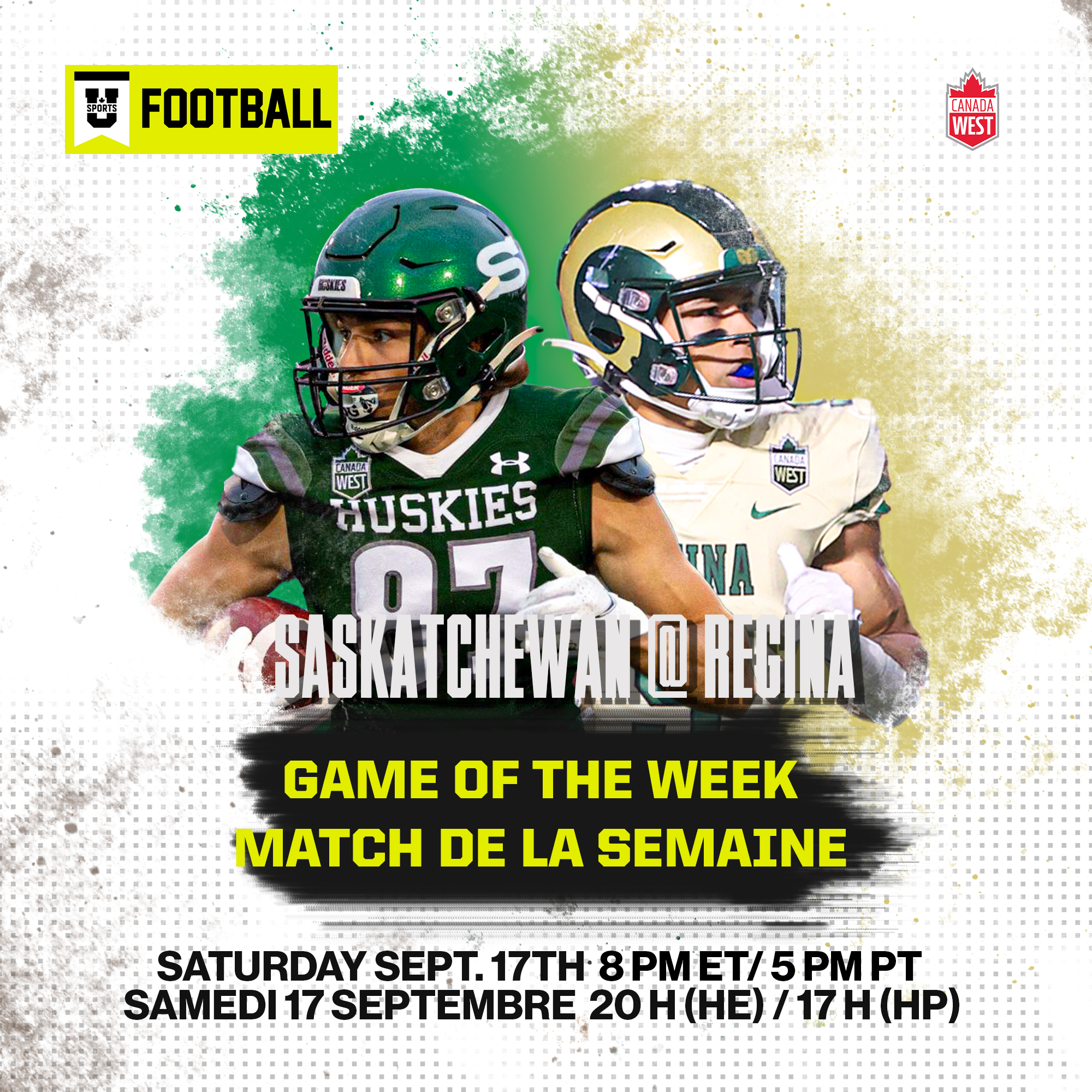 No. 2 Saskatchewan Huskies @ No. 6 Regina Rams

The battle of Saskatchewan comes to Mosaic Stadium in Regina as the Rams host the reigning Hardy Cup champion Saskatchewan Huskies in a tilt between two undefeated programs.

Last Week, the Rams held off a late charge by the Calgary Dinos to win 32-24 in their home opener to improve to 2-0 on the season.

Defensive lineman Anthony Bennett collected his Canada-West leading fourth sack of the season for the Rams, while also registering a pick six and a fumble recovery in the victory. Bennett and the Regina defensive front will have their hands full with an experienced Huskies O-Line.

Saskatchewan is coming off a 29-10 victory over the UBC Thunderbirds, where quarterback Mason Nyhus completed 74% of passes with 362 yards and two touchdowns through the air. Nyhus leads the nation in passing yards average (385 yards per game) and will look to his favourite target in receiver Daniel Perry. The two have combined for 215 yards and a pair of scores on the season.

Sherbrooke Vert & Or @ No. 3 Montreal Carabins

Hurford, Brodrique and Boyer named U SPORTS football players of the week