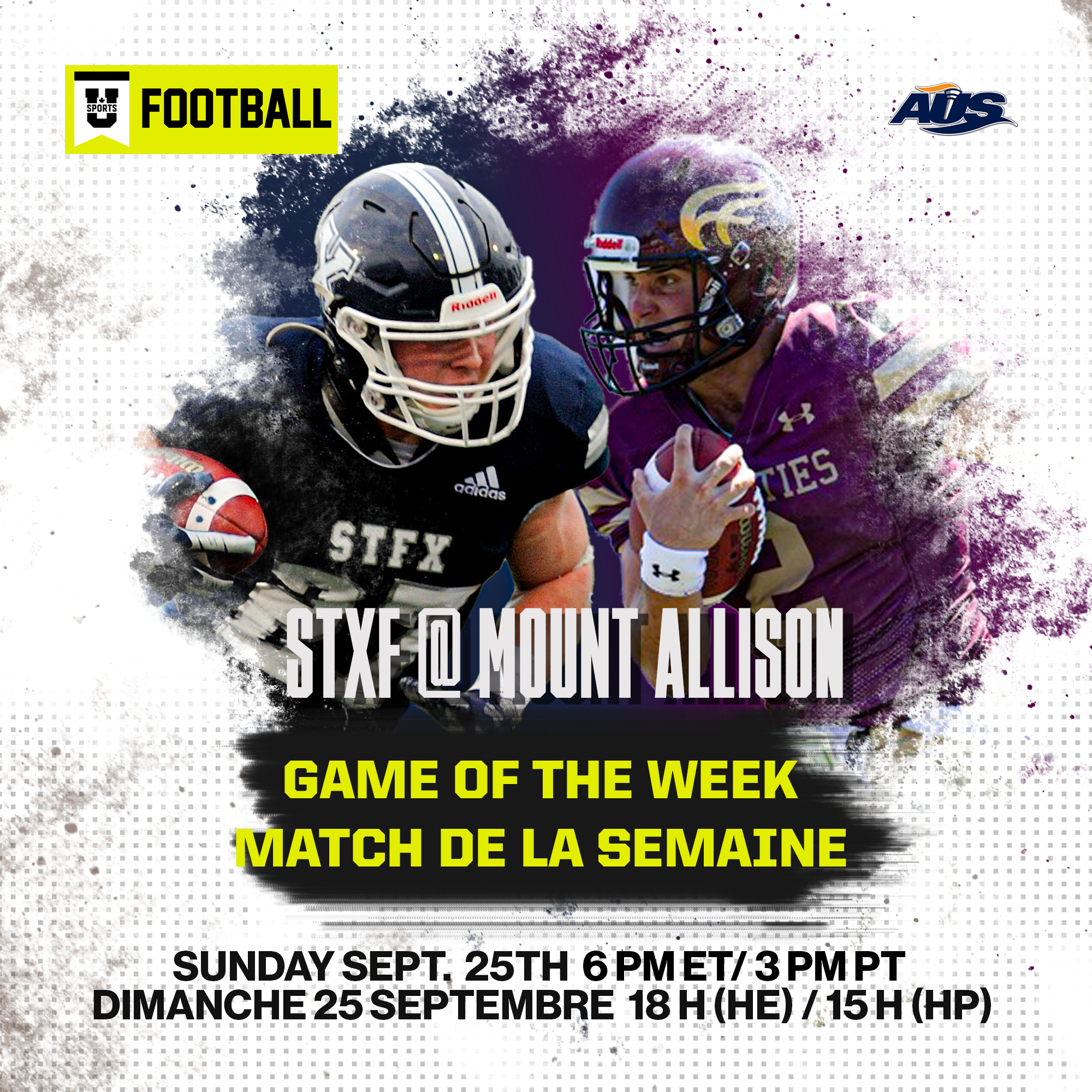 Good things come to those who wait; and thanks to Hurricane Fiona, two of Atlantic Canada’s best football squads are set to clash in a Sunday night classic as the No. 7 StFX X-Men travel to Sackville to take on the No. 10 Mount Allison Mounties.

Both the X-Men and Mounties have hit the ground running to begin the season, each boasting 3-0 records out of the gate.

Sophomore running back Malcolm Bussey has been a consistent workhorse for the X-Men, averaging 111.7 rushing yards per game, good for third in nation. The versatile back also has a U SPORTS-best three scores on the ground this season.

Bussey will have his hands full against a powerful Mounties defensive front that has only allowed 10 points per game, while securing eight takeaways in just three games this season. In Mount Allison’s 12-9 victory over Acadia last week, defensive back John Agette secured a fumble early in the first quarter, setting the tone for the rest of the game.

Both teams will enter into Saturday’s contest undefeated, but only one will sit atop the AUS standings in the end.

Keenan, Wiebe and Hadley named U SPORTS Football Players of the Week