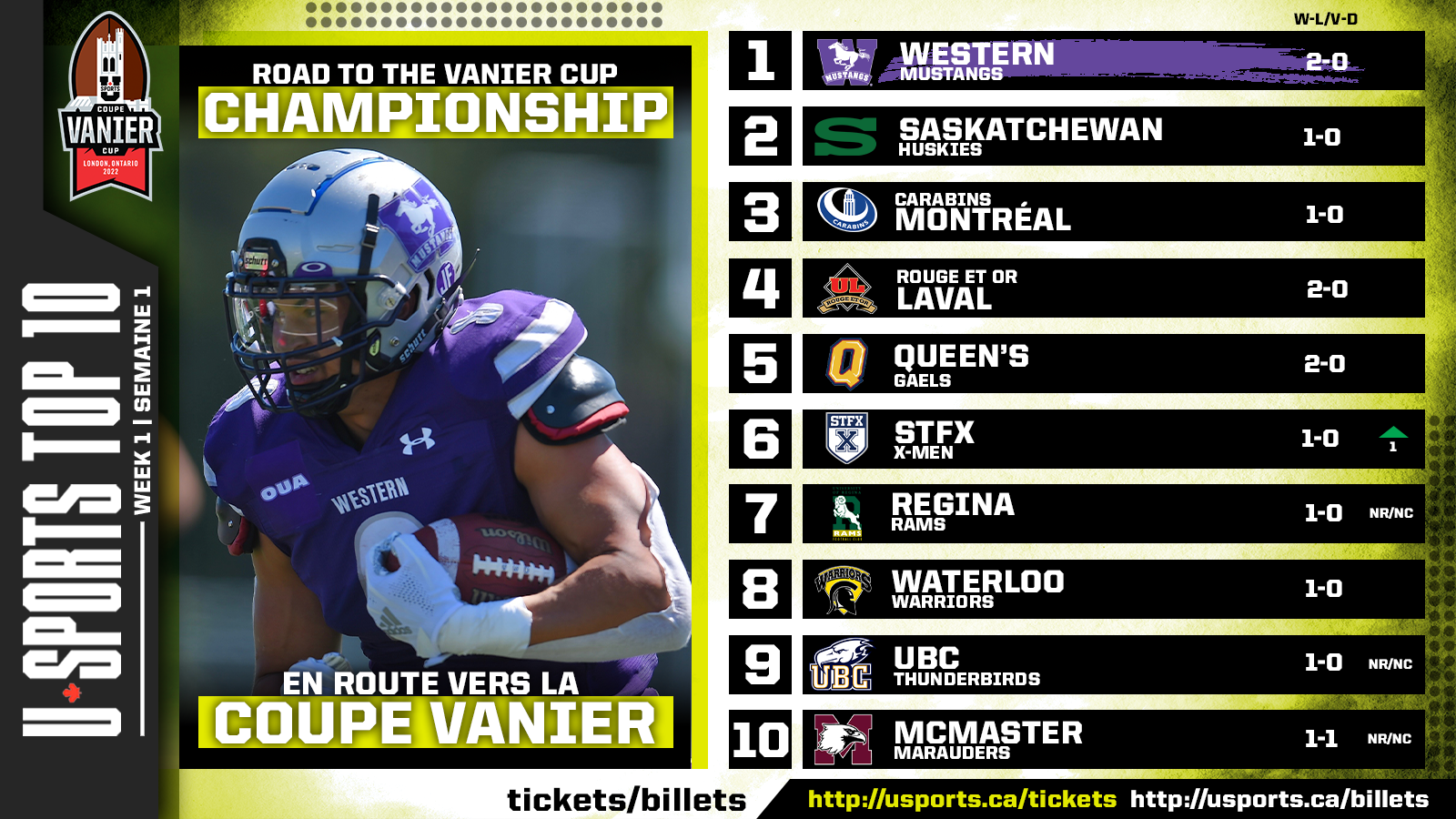 The defending Vanier Cup champion Western Mustangs remain the top gridiron squad in the country, but four newcomers move into the second U SPORTS Top 10 rankings of the 2022 season.

No 1. Western (2-0) extended its regular season and playoff winning streak to nine games with their 34-19 road win at Laurier on Saturday.

The Regina Rams (1-0), fresh off of an impressive 33-23 road win against the previously ranked Manitoba Bisons, move into the No. 7 position in the rankings.

The No. 8 Waterloo Warriors (1-0, bye week) remain unchanged, while the UBC Thunderbirds (1-0) scored 16 points in the final 15-minutes to rally to beat the Alberta Golden Bears and jump up to the No. 9 ranking this week.

Rounding out the Top 10 are the No 10. McMaster Marauders (1-1) rebounded from a tough opening game road loss at Carleton to dominate the York Lions 39-1 on Saturday to move into the Top 10.

Expect more movement in next week's Top 10 rankings as the Road to the 2022 Vanier Cup continues, with three games featuring Top 10 teams going head-to-head this week.