RICHMOND HILL, Ont. (Nov. 2, 2022) – Saskatchewan quarterback Mason Nyhus and Laval’s Alec Poirier and Vincent Blanchard have been named the U SPORTS Football Players of the Week for the period ending November 20, 2022. 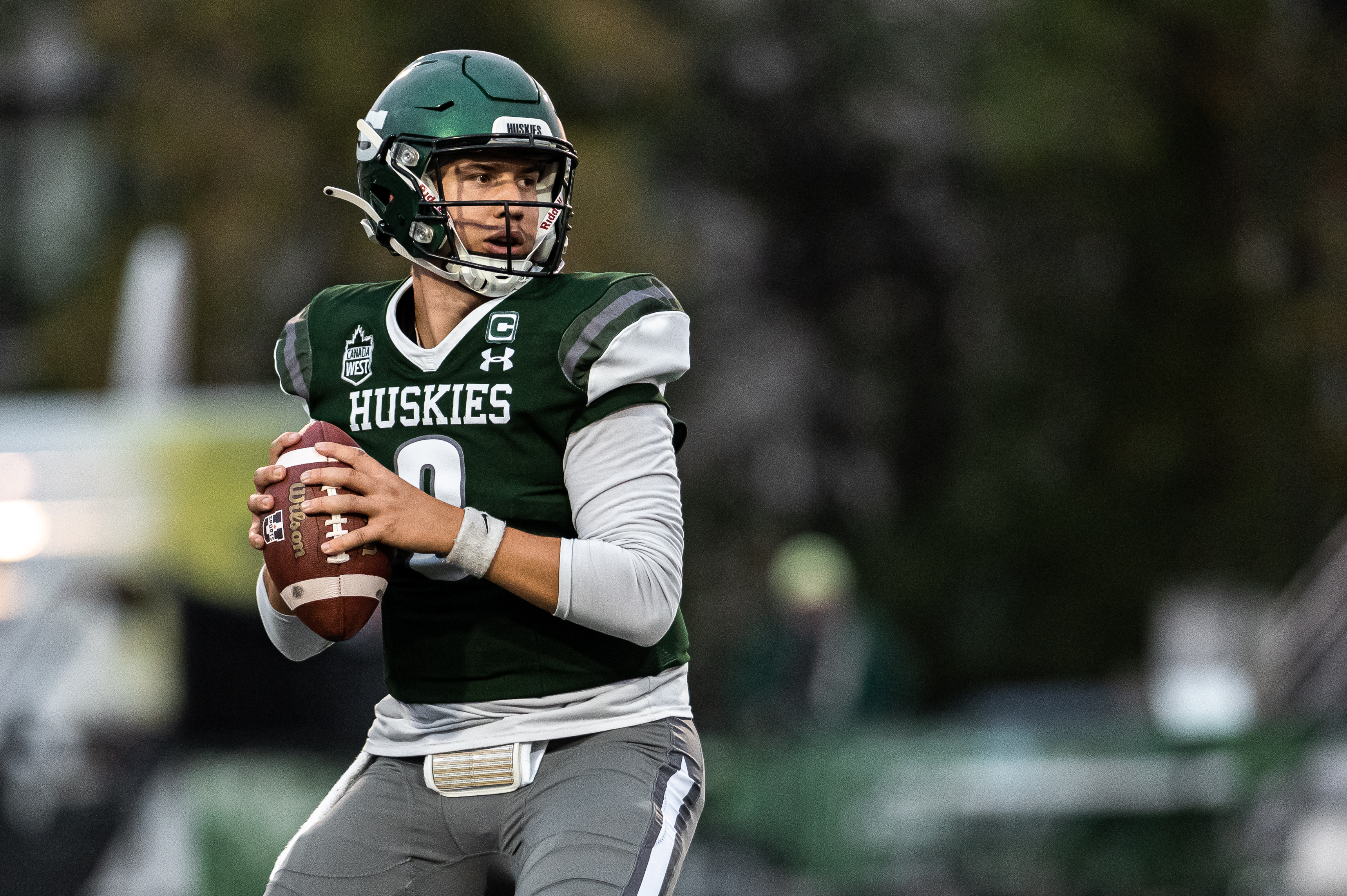 Mason Nyhus led the Saskatchewan Huskies to their second straight Vanier Cup berth as he led his squad to a 36-19 win in Saturday’s Uteck Bowl. The veteran quarterback completed 30 of 38 passes for 327 yards, including a pair of fourth-quarter touchdowns that broke the game open for Saskatchewan and was named the offensive player of the game.

The Huskies take on the Laval Rouge et Or in Saturday’s Vanier Cup. 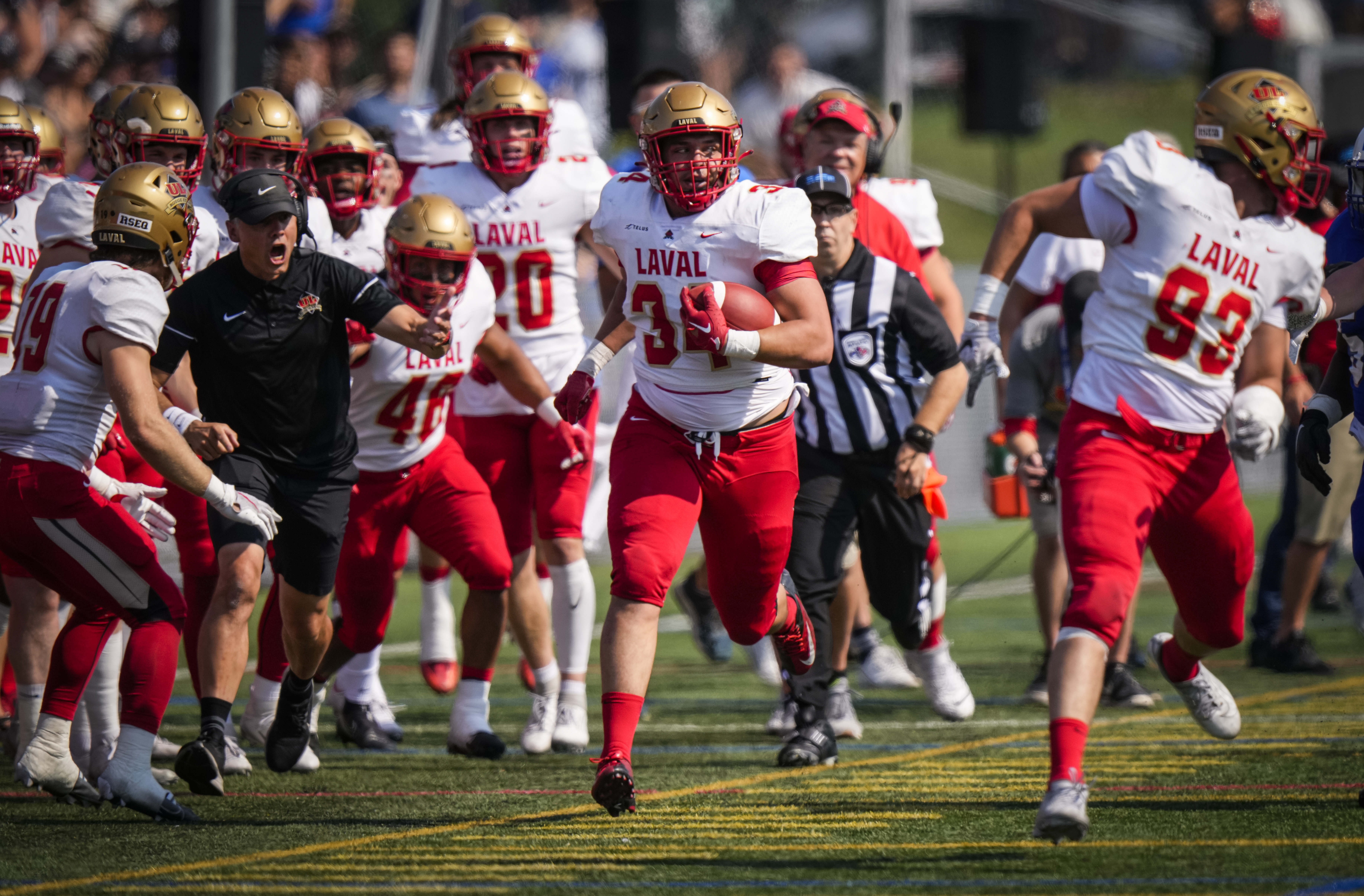 Alec Poirier led the Laval defence as they overcame a 17-0 first-quarter deficit to upset the host Western Mustangs and advance to Saturday’s Vanier Cup. The former Champlain Cougar and two-time RSEQ All-Star led all players with 12 tackles, seven solo and 10 assisted, as the Rouge et Or shut down the high-powered Mustang offence, holding them to a solitary field goal in the second half. 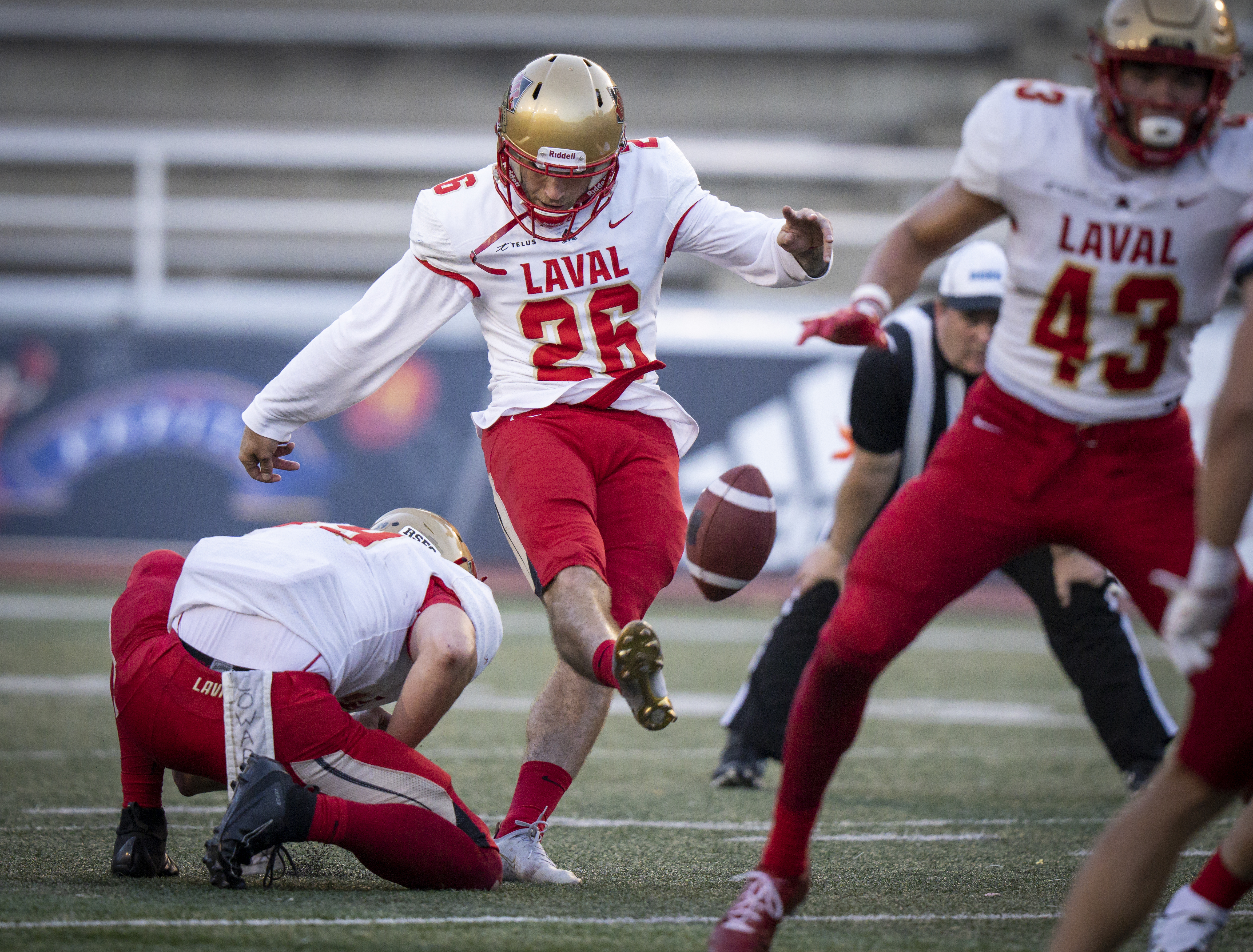 Laval kicker Vincent Blanchard was a key factor in the Rouge et Or’s comeback over Western on Saturday. The 24-year-old made four of his five field goal attempts, hitting from 26, 15, 9 and 28 yards. Altogether, including two converts and a single, he accounted for 15 of Laval’s 24 points on the day. He also made a key pass completion on a fake field goal early in the third quarter that set up Laval’s first touchdown of the game.