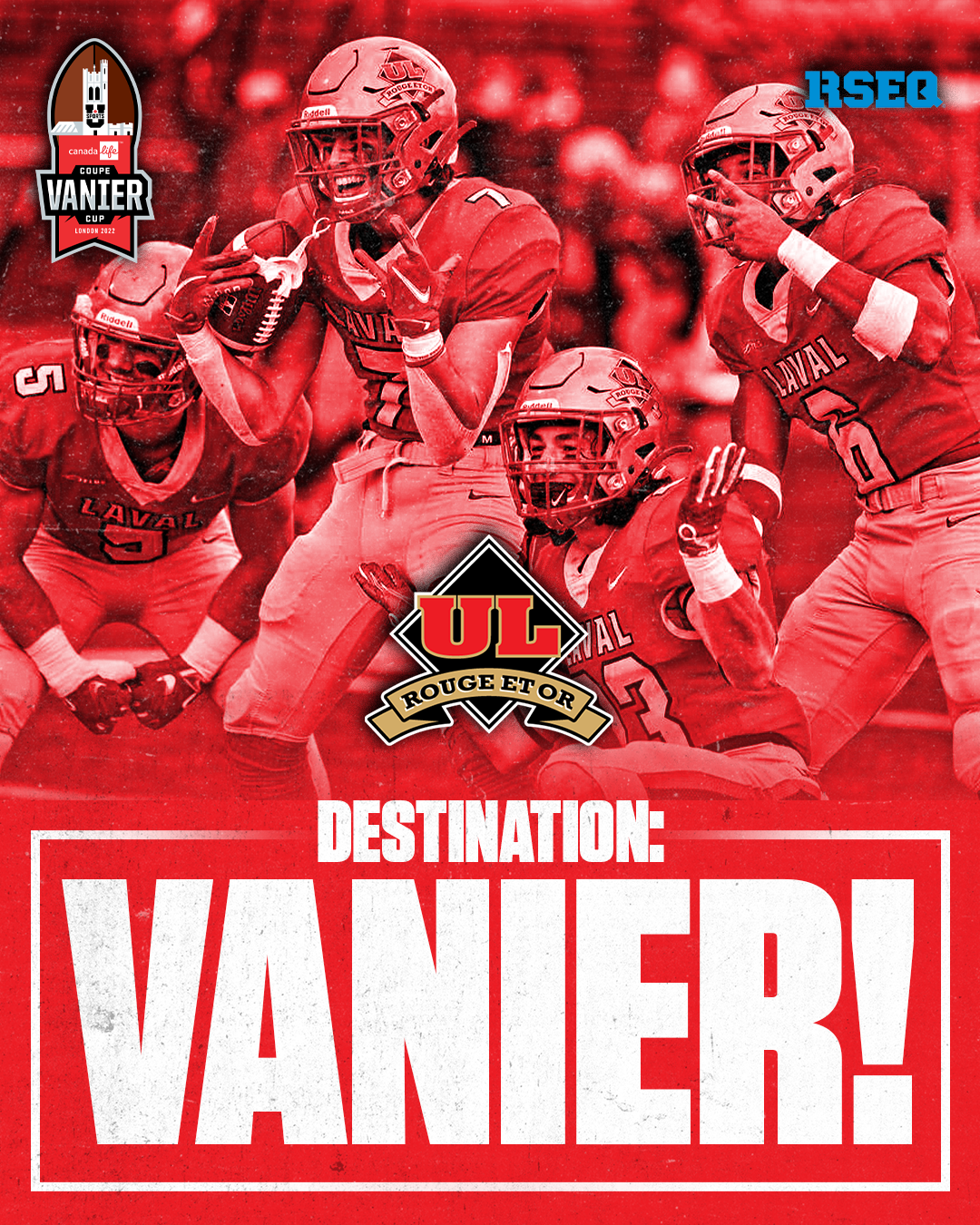 The Laval Rouge et Or scored 24 points in the final 30-minutes of play to rally from a 17-4 halftime deficit, downing the hometown Western Mustangs 27-20 in the 2022 U SPORTS Mitchell Bowl at Western Alumni Stadium in London, Ont.

With the win, Laval qualifies for its 13th appearance in the U SPORTS championship game and prevents the Mustangs from playing in their home stadium in the 2022 Canada Life Vanier Cup.

Laval quarterback Arnaud Desjardins completed 18 of 28 pass attempts for 265 yards while running back Kalenga Muganda rushed for 173 yards on 24 carries en route to being named the offensive player of the game. Western’s Evan Hillock completed 17 of 31 passes for 189 yards and one touchdown, while rusher Keon Edwards carried for 127 yards in a losing cause.

Western took advantage of a shaky first quarter by the Rouge et Or, scoring 14 points off of turnovers in the opening 15-minutes of play. After a fumble at the Western 53, pivot Evan Hillock connected with Savaughn Magnaye-Jones on a 36-yard touchdown strike to give Western a 7-0 lead. After a 45-yard field goal by Brian Garrity, the Mustangs took what seemed to be a commanding lead after a botched snap resulted in a 35-yard fumble recovery for a touchdown by Lourenz Bowers-Kane with 3:26 to play in the quarter to extend the lead to 17-0.

Laval kicker Vincent Blanchard picked up a field goal and a rouge in the second quarter to send the Mustangs to the break with a 13-point advantage.

The turning point in the contest came six minutes into the third quarter when the Rouge et Or faked a 33-yard field goal attempt resulting in Blanchard shovelling the ball to Étienne Amiot for an 18-yard gain that set up a David Dallaire two-yard scamper for Laval’s first major of the game.

Five minutes later, Dallaire rushed for another two-yard major to give Laval its first game lead en route to the victory.

The victory sets up a clash between Laval and the Uteck Bowl champion Saskatchewan Huskies in the 2022 Canada Life Vanier Cup next Saturday at Western Alumni Stadium in London. It will be the third meeting for the two universities in Canada’s university championship game, with Laval having won both previous meetings in 2004 and 2006.