Welcome to Weekend Watch, your weekly preview of all the best U SPORTS action you can’t miss across CW, OUA, RSEQ and AUS during the 2022-23 season. After this wonderful weekend of U SPORTS football, we will know which U SPORTS football teams qualify for the Uteck Cup and the Mitchell Cup. Get ready for some monster matchups in this weekend's conference finals. 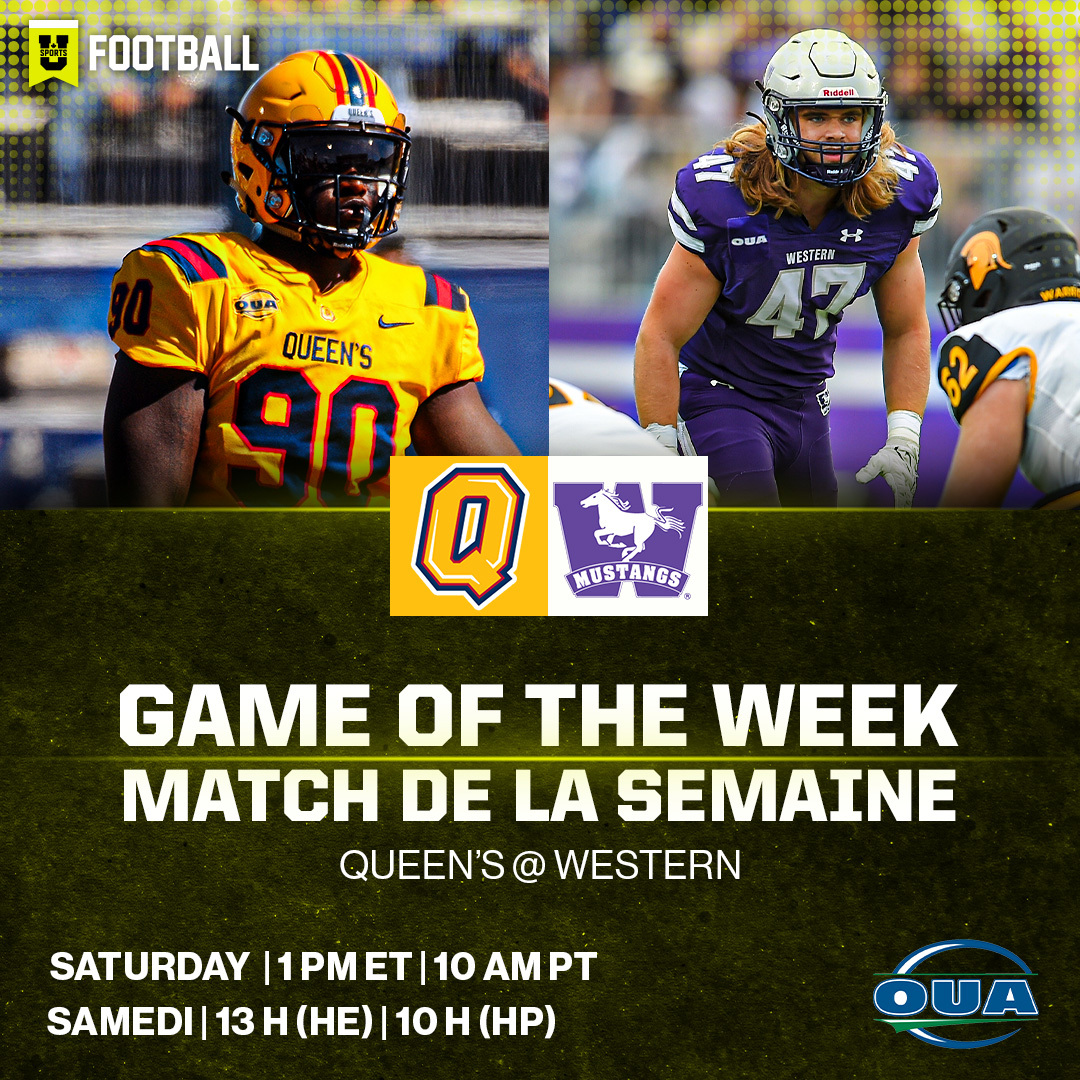 The 2022 OUA Yates Cup highlights this week’s weekend watch, a game between two titans of the OUA division, No. 1 Western Mustangs and No. 3 Queen's Gaels. Watch to find out which team will continue their hot streak.

U SPORTS offensive player of the week and recipient of the 2022 Larry Haylor Trophy (OUA Conference MVP), Mustang running back Keon Edwards, will need to have a game for the books to help his team continue their 9-game winning streak. Last week, Edwards saw his workload rise to 24 carries, and he took full advantage of that. Edwards recorded 136 yards and two touchdowns, helping his team defeat the Laurier Golden Hawks to advance to the Yates Cup. Defensive back Daniel Valentine, who won the President's Award (given to the best stand-up defensive player), has been a nightmare for opposing quarterbacks with five interceptions this season.

As for the Queen's Gaels, they rank 3rd in Canada in quarterback sacks during the regular season, with a total of 25 quarterback sacks in eight games played. Second-year environmental studies student Silas Hubert leads the Gaels defence with six sacks. He also won the J.P Metras trophy given to the best lineman in his conference. He will need to apply constant pressure to limit the reigning offensive MVP of the 56th Vanier Cup Evan Hillock. Also for the Gaels, Richard Burton was named special unit player of the week last week for his spectacular touchdown on a punt return. As a member of the OUA All-Star team, he will also be one to watch. Last week he had 108 yards on five receptions against the Ottawa Gee-Gees.