As the seconds ticked off the clock, Katherine Purchase raised her hands in the air, and celebrated the moment with her teammates.

Except this time, the logo on the front of the goaltender’s jersey wasn’t that of the Concordia Stingers.

“The big advantage we had was that we could rally around the U SPORTS identity,” says Purchase, one of four Stingers that played for the U SPORTS Women’s Hockey All-Stars this past summer – the most of any of the nation’s 34 programs. “There are some girls (on this team) who are the future of Canadian hockey. U SPORTS has good teams, good players, and I think we proved that.”

For the third straight summer, Hockey Canada invited the U SPORTS All-Stars to take part in their annual Summer Showcase. The August event serves as an opportunity to evaluate prospective players for the national team program by fielding two development squads of players under 22 years of age. In four games, U SPORTS finished with a 3-1 record, with their only loss coming against Team Japan in their first encounter and sweeping both of Canada’s development squads in back-to-back games for the first time, by an identical 3-1 score.

Stacey Colarossi, head coach of the Laurentian Voyageurs, was charged with being the team’s bench boss for the event for the second year in a row.

“I think (this tournament) gives recognition to U SPORTS and women’s hockey in Canada,” says Colarossi. “People need to look at these girls. Their development is great, our skill level isn’t far off. This gives a little bit of credibility to the girls that decide to stay home to pursue their academics.”

And as the U SPORTS women’s hockey season kicks off across the country this week, current and former players are leaving a bigger impact than ever before in the sport’s two-decade history.

Following the success of the U SPORTS All-Stars at the Summer Showcase, Hockey Canada invited Alberta’s Alex Poznikoff to join the Development Team roster for a three-game series against Team USA, along with six other players to its Fall Festival in early September – its first senior national team camp of the season.

For Purchase, the chance to play with athletes who had won Olympic medals was surreal.

“That was insane. My last year of university and I end up getting invited to a Team Canada camp?” Purchase recalls. “One of those surreal moments was when I realized I was going to be rooming with (Team Canada goaltender) Shannon Szabados. It was crazy being on the same team as a goalie that I had only seen on TV until that point.”

The Canadian national team boasts some of the best players in women’s hockey, and one of the biggest names is Mélodie Daoust.  A McGill alumnus, Daoust was the only former U SPORTS player on Team Canada’s 2018 Olympic squad, where she was named Tournament MVP in PyeongChang, South Korea after scoring seven points in five games. Twenty years after women’s hockey made its debut at the Olympics and a U SPORTS national championship in 1998, the Canadian university system had a star to call its own.

“She represented all the girls in the country who are playing U SPORTS hockey,” says Purchase of Daoust, who also played for Canada in Sochi in 2014. “She proved that U SPORTS programs can generate players who are capable of being the MVP at the Olympics.”

With 13 U SPORTS players selected in the 2018 CWHL draft, it’s difficult to ignore the impact that Canadian university women’s hockey is having on the professional level.

Former Guelph Gryphons star Kelly Gribbons is one of those players, drafted this summer in the sixth round, 31st overall by the reigning Clarkson Cup champion Markham Thunder.

“It was a sweet feeling. I never thought I would be playing in the CWHL,” says Gribbons, whose new team will begin defence of its championship title on Saturday against the relocated Worcester Blades. “The amount of people from U SPORTS in the CWHL and at the national program is growing.”

Gribbons adds that she’s noticed professional leagues starting to take a closer at U SPORTS players as more top end talent elects to stay in Canada.

But U SPORTS women’s hockey players have been making the step to professional leagues for a while now – with leagues like the CWHL and NWHL taking notice and drafting more prospects from the Canadian university system each year. Colarossi sees players thinking more and more of U SPORTS as a league that has the eye of pro teams.

“The skill level here has definitely elevated over the years, especially the last five,” says Colarossi. “You can’t discredit the talent of the girls that were here before, but more players are starting to see the high quality of the education and play in U SPORTS.”

That quality and skill level has helped establish U SPORTS as a premier feeder system for professional teams.

As the general manager of Les Canadiennes de Montréal, Meg Hewings has drafted 43 U SPORTS players since taking the position in 2010. She’s noticed the quality of players improve each year, saying that the league has come a long way from her time playing for McGill in the late 90s.

“It’s great to see the quality of play and support for the teams continuing to grow,” says Hewings, who selected six U SPORTS players in the 2018 CWHL Draft, the most of the league’s six teams. “We’re extremely happy to work with these professional athletes. Players have four years where they’re surrounded by top level coaching and that’s a fantastic environment for athletes to be in.”

Part of that trend of U SPORTS attracting and producing more high-end talent that end up graduating into the professional ranks includes support from CWHL teams and players. In Montreal, several former and current Les Canadiennes players have joined U SPORTS programs as coaches. Daoust herself has joined the Université de Montreal Carabins as an assistant coach. The Concordia Stingers program is helmed by American Olympian Julie Chu as head coach and Canadian Olympian Caroline Ouellete as her assistant. Team Canada and Les Canadiennes captain Marie-Philip Poulin – arguably the best player in women’s hockey – joined the McGill Marlets as a skills coach.

The competition has never been greater – with five different teams in as many years capturing the U SPORTS national championship – and the opportunity for a new team to contend is real. With the puck dropping for most teams on the 2018-19 season this week, the Manitoba Bisons look to become the first repeat champions since McGill in 2008 and 2009.

When it comes to the level of play between teams, Chu has noticed a noticeable jump in competition over the past five years, and believes that the games are only going to get closer. 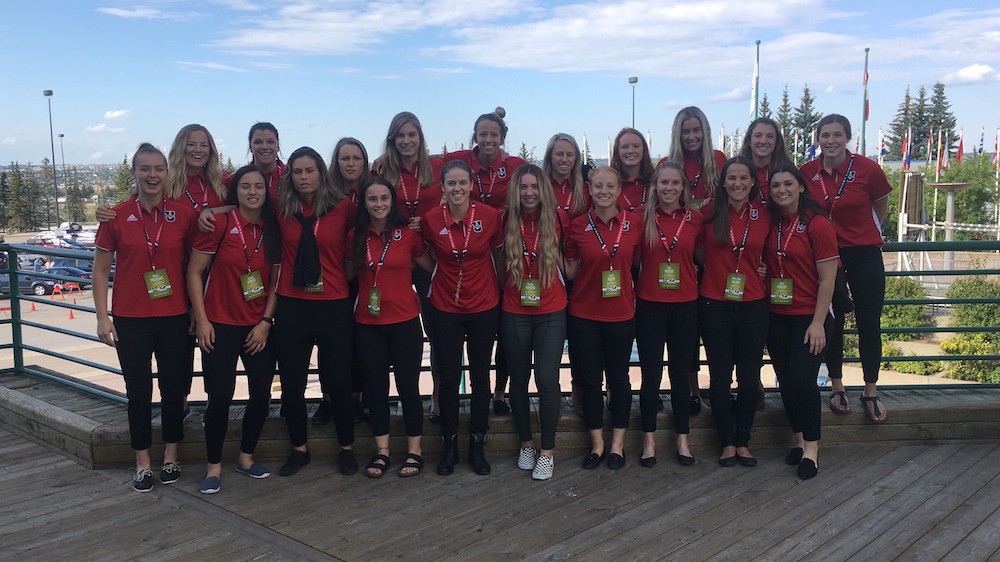 “The depth of each team is getting way better,” says Chu. “Every game is a competitive game and it’s never guaranteed that a team is going to win a game. You have to play a full 60 minutes to win. I think that’s a great indication of where women’s hockey is going.”