In convincing fashion, the fifth-seeded McGill Martlets stunned the fourth-seeded St. Thomas Tommies 10-2 to advance to the semifinals.

McGill used a balanced attack to upend the Tommies, as three players finished two or more goals. Léa Dumais led the way with a hat trick and an assist, while two players finished with five points each – Kellyane Lecours (2G, 3A) and Jade Downie-Landry (1G, 4A). Rounding out the goal-scorers were Valérie Audet with a pair and Emilia Cotter and Shana Walker with one each.

“We had a lot of energy coming into this game and all four lines contributed,” Dumais said. “Everyone’s just working hard and giving their best effort out there.”

McGill came out flying and made the early case as the strongest team through the four quarter-final matchups. The Martlets took the lead just 6:42 into the opening period when Cotter wired a shot past goaltender Abby Clarke, who was screened on the play. 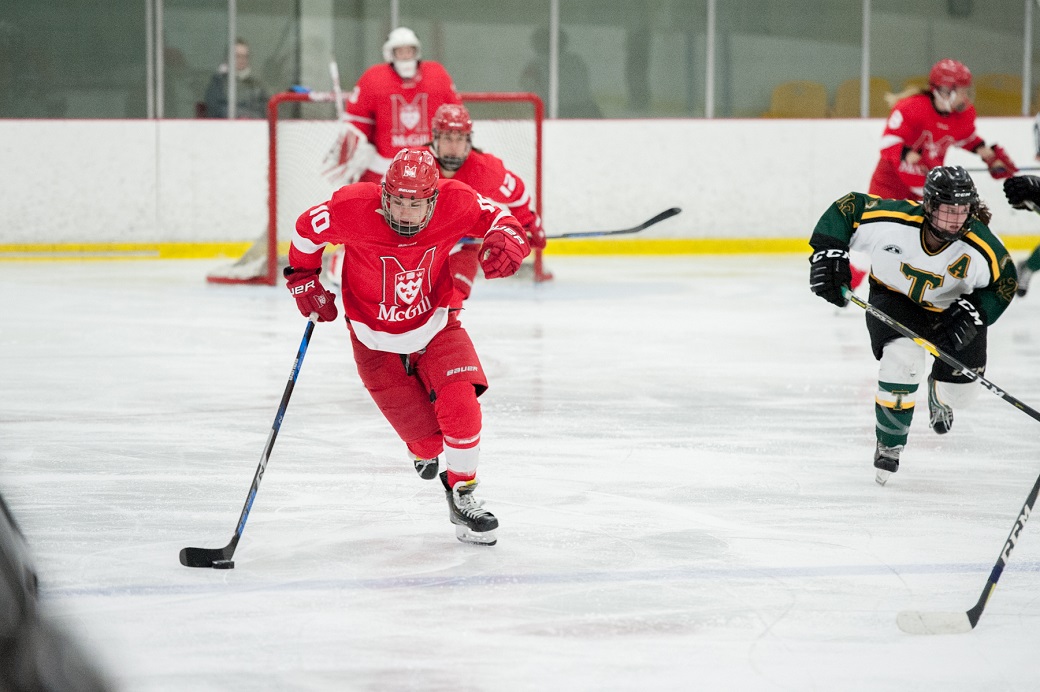 About three minutes later, the Tommies’ formidable duo of Emily Oleksuk and Lauren Henman connected on a goal – something they’ve done a lot of this season. Oleksuk skated in from the right and centred it to Lauren Henman, who tapped it home.

However, the Martlets didn’t let the goal get them down as they continued to attack with ferocity and made a usually-stable Clarke uncomfortable. With just under five minutes to go in the frame, Lecours bounced a puck off the end boards to Downie-Landry, who fed the puck in front to Dumais for the beautiful goal. 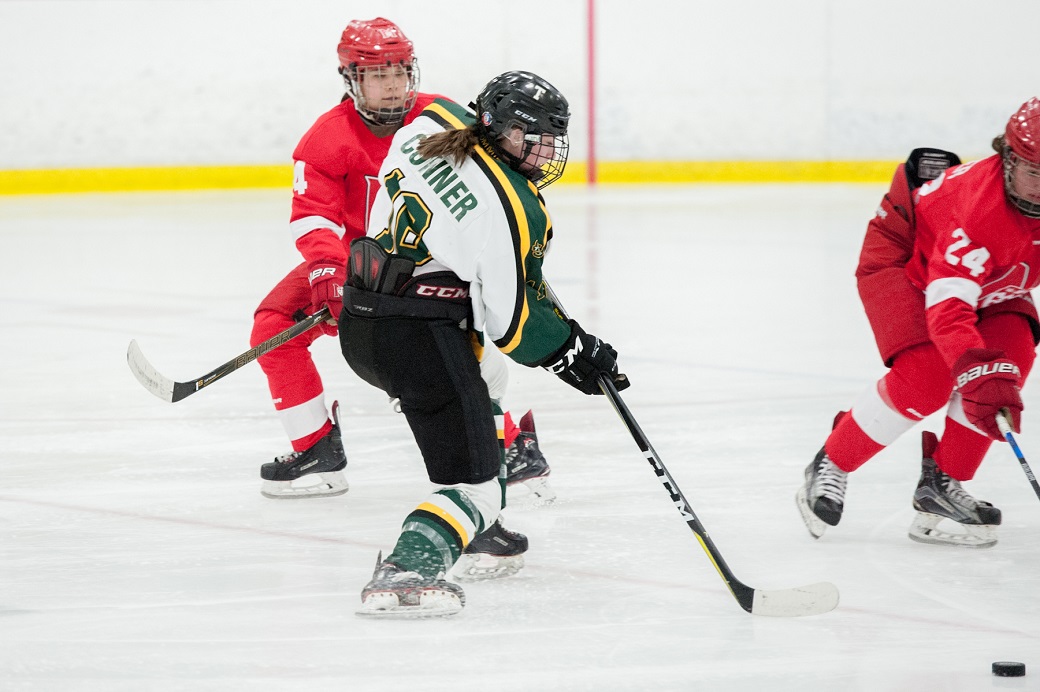 Minutes after, Nicole Howlett fired a shot off the netminder and Audet buried the rebound to give McGill a commanding 3-1 advantage after 20 minutes of action.

The Martlets weren’t taking any chances knowing they had a high-scoring opponent to contend with and just four minutes into the second, Lecours snapped a shot from the centre of the left circle to extend their lead 4-1.

The Martlets again countered in a big way after giving up a goal, this time with three goals in 3:31. First it was Dumais, followed by Walker and then Dumais again, who completed the hat trick with a roof shot from the side of the net. After two, they led 8-2.

“I owe it all on my teammates, I don’t think it was an individual effort at all,” the third-year forward said. “Anyone could’ve won Player of the Game and everyone worked very hard to get the win.” 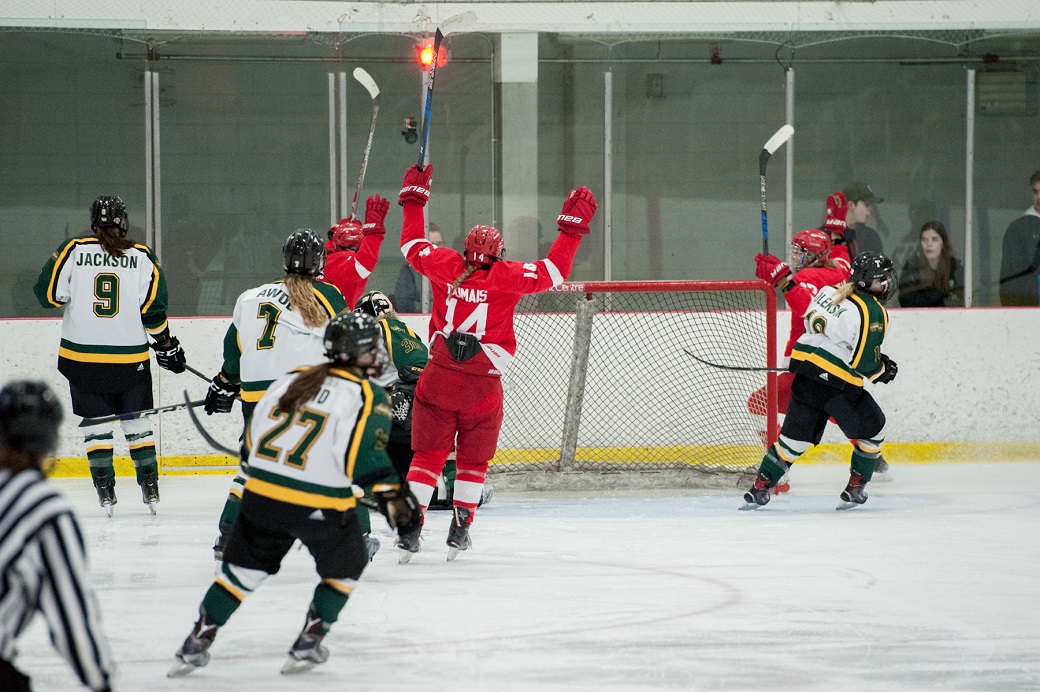 McGill wasn’t done scoring just yet. At 9:28 of the third, Lecours took a feed from Downie-Landry and wristed it past Taylor Cook, who replaced Clarke after the eighth goal. While on the break, Downie-Landry closed out the scoring six minutes later with a shorthanded marker.

Looking ahead, the Martlets now have to contend with the Alberta Pandas and their top-ranked defence in Saturday’s semifinals at 6 p.m. ET / 3 p.m. PT.

“We have to use our speed, build off this energy and do what we’ve been doing all year.”