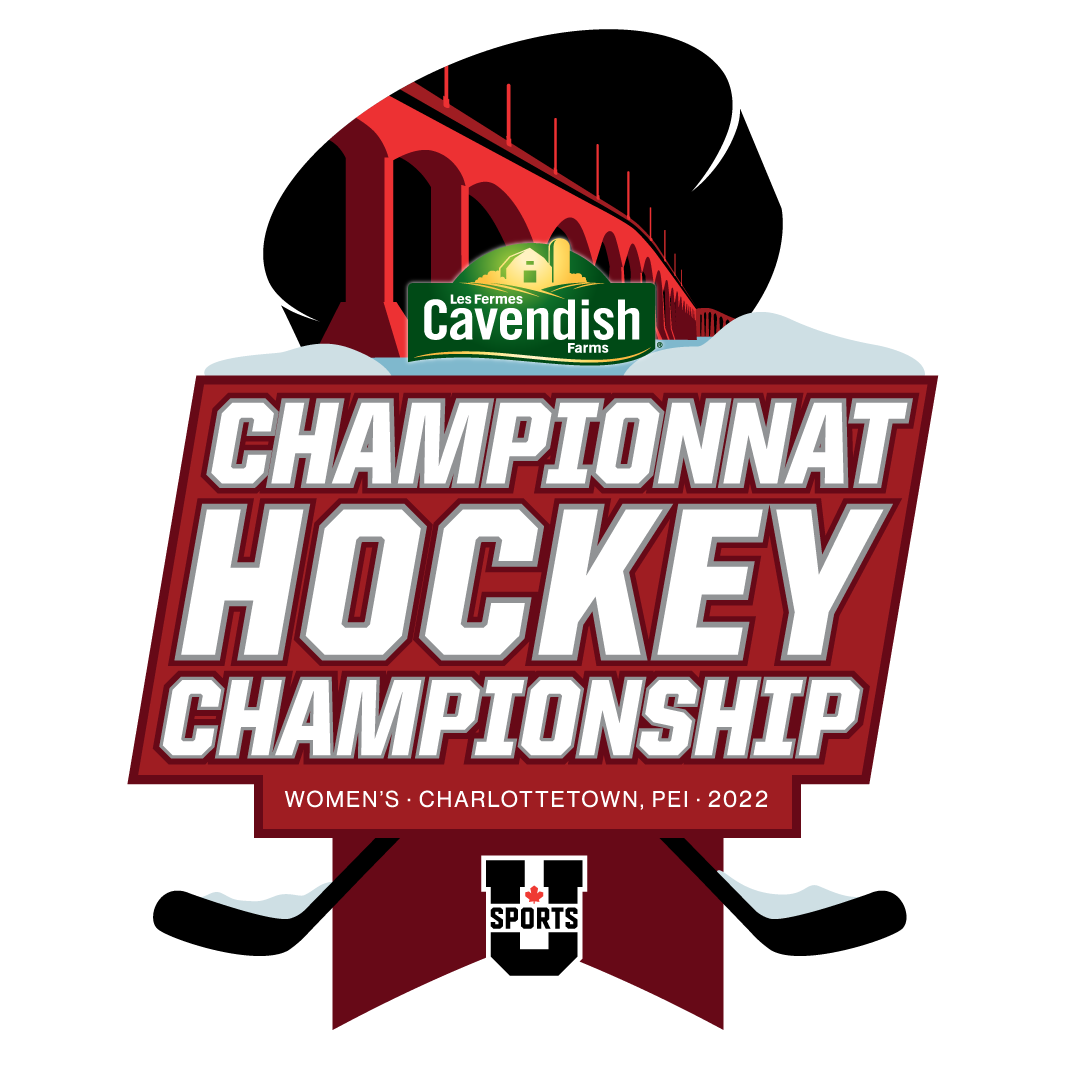 The Concordia Stingers were named tournament favourites on Sunday, as the seeding and quarterfinal matchups were announced for the 2022 U SPORTS Cavendish Farms Women’s Hockey Championship.

The puck drops on the national championship in Charlottetown on Thursday and concludes Sunday with the gold medal game at 5 p.m. ET / 2 p.m. PT.

All games will be played at MacLauchlan Arena on the UPEI campus.

Livestreaming in English is available for free worldwide on CBCSports.ca, CBC Gem and the CBC Sports App, with French digital coverage carried on USPORTS.LIVE. and  TVA SPORTS. 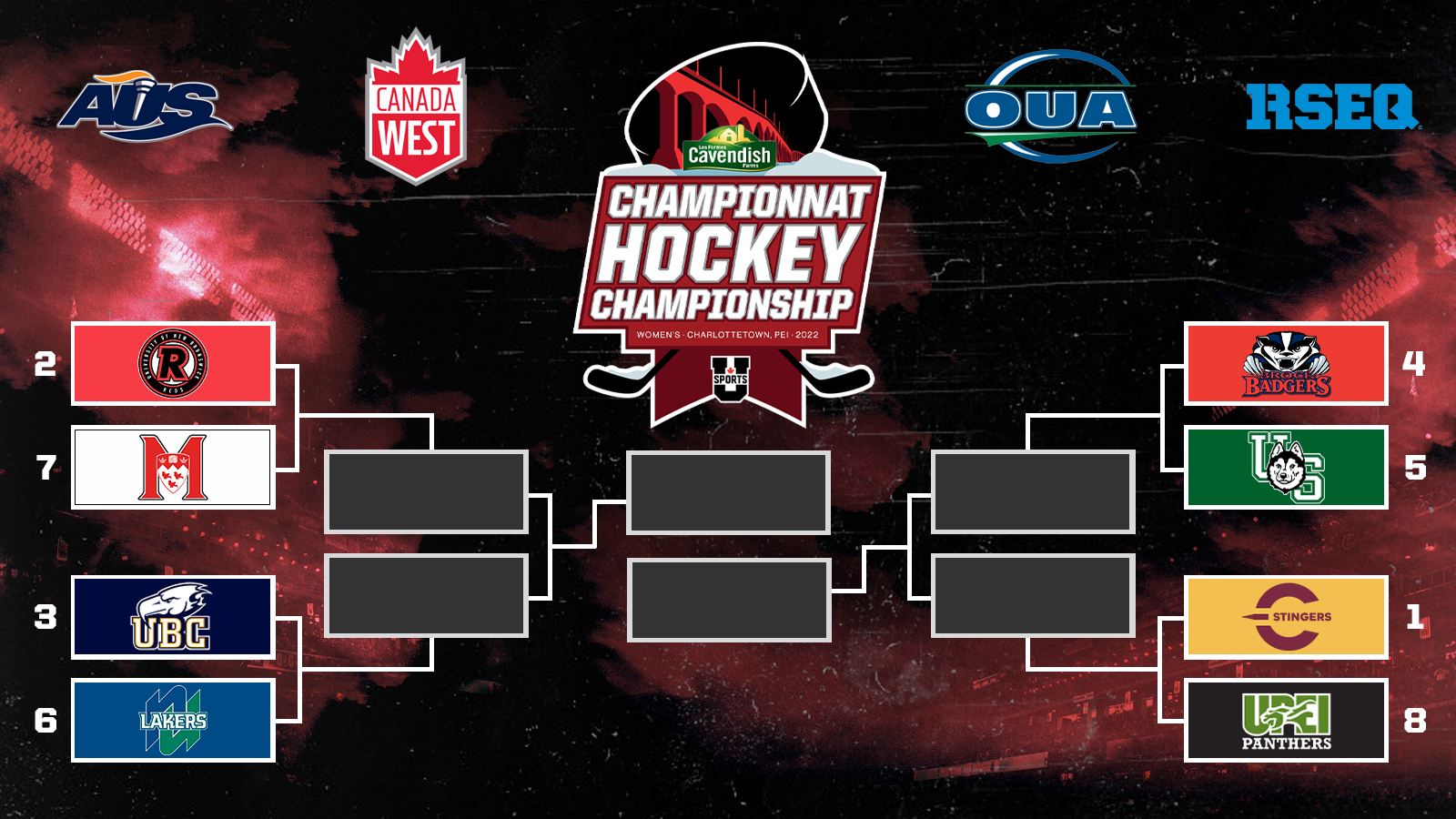 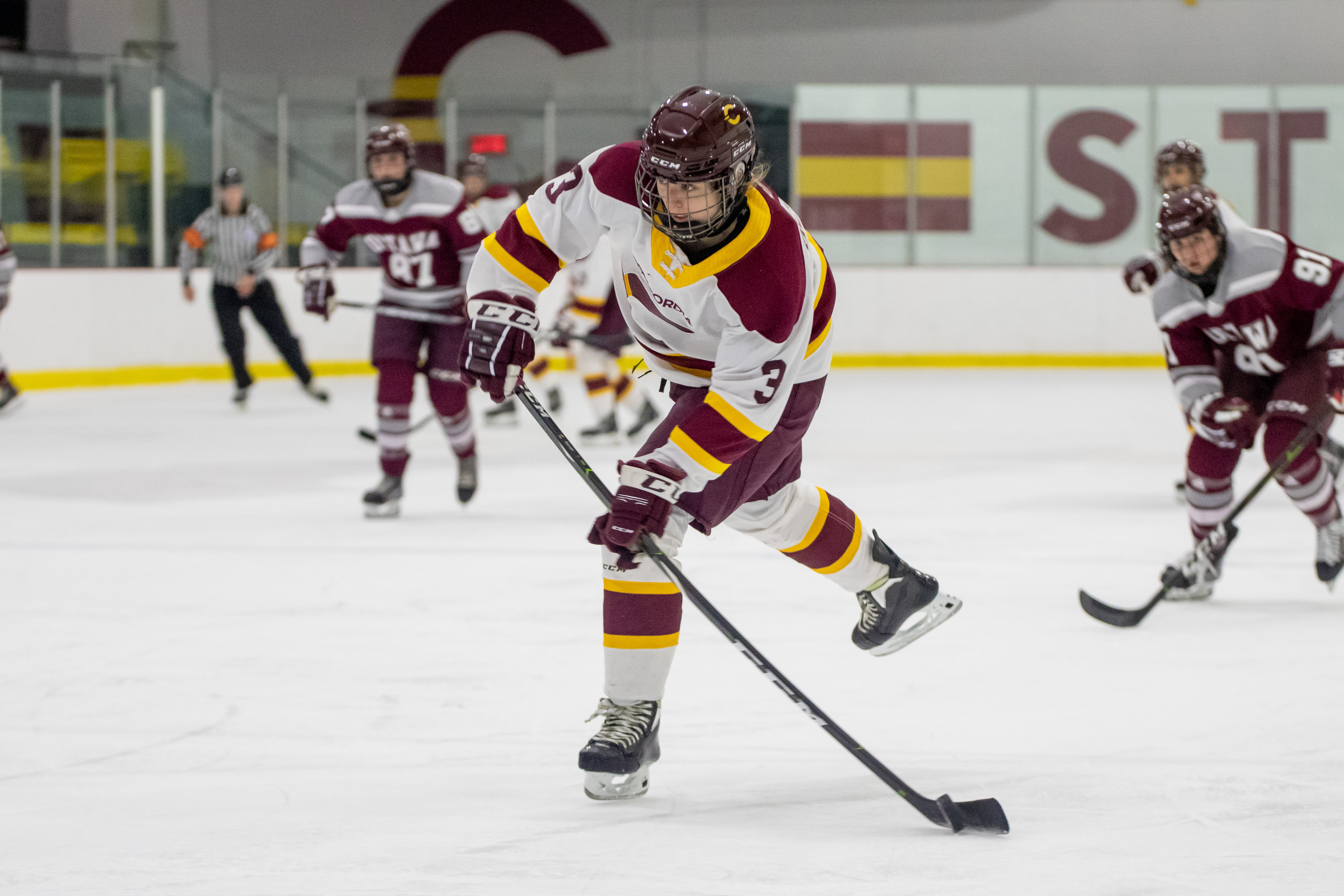 The Concordia Stingers women’s hockey team rode a 10-game winning streak to the RSEQ championship, a two-game sweep of its crosstown rivals, the McGill Martlets.

The Stingers won the first game of the best-of-three showdown 3-0 on March 17. The following night they dominated McGill 4-1 and hoisted the banner before at packed house at the Ed Meagher Arena, marking the first time the team locked down a conference championship on home ice since 2004-05.

Concordia finished second in the tough RSEQ conference with an 11-3-1 record, one point behind McGill. The Stingers posted a 22-5-2 record overall.

A two-game sweep of the Montréal Carabins in the semifinals helped Concordia secure a perfect 4-0 record in the playoffs.

The team was ranked in the U Sports Top 10 eight of 10 weeks, building momentum as the season progressed and peaking at No. 2 in early March.

Head coach Julie Chu, the former U.S. Olympian and 2022 RSEQ Coach of the Year, is the architect of the Stingers’ impressive season. This is her second conference title and third trip to the nationals in her five years on the Concordia bench. 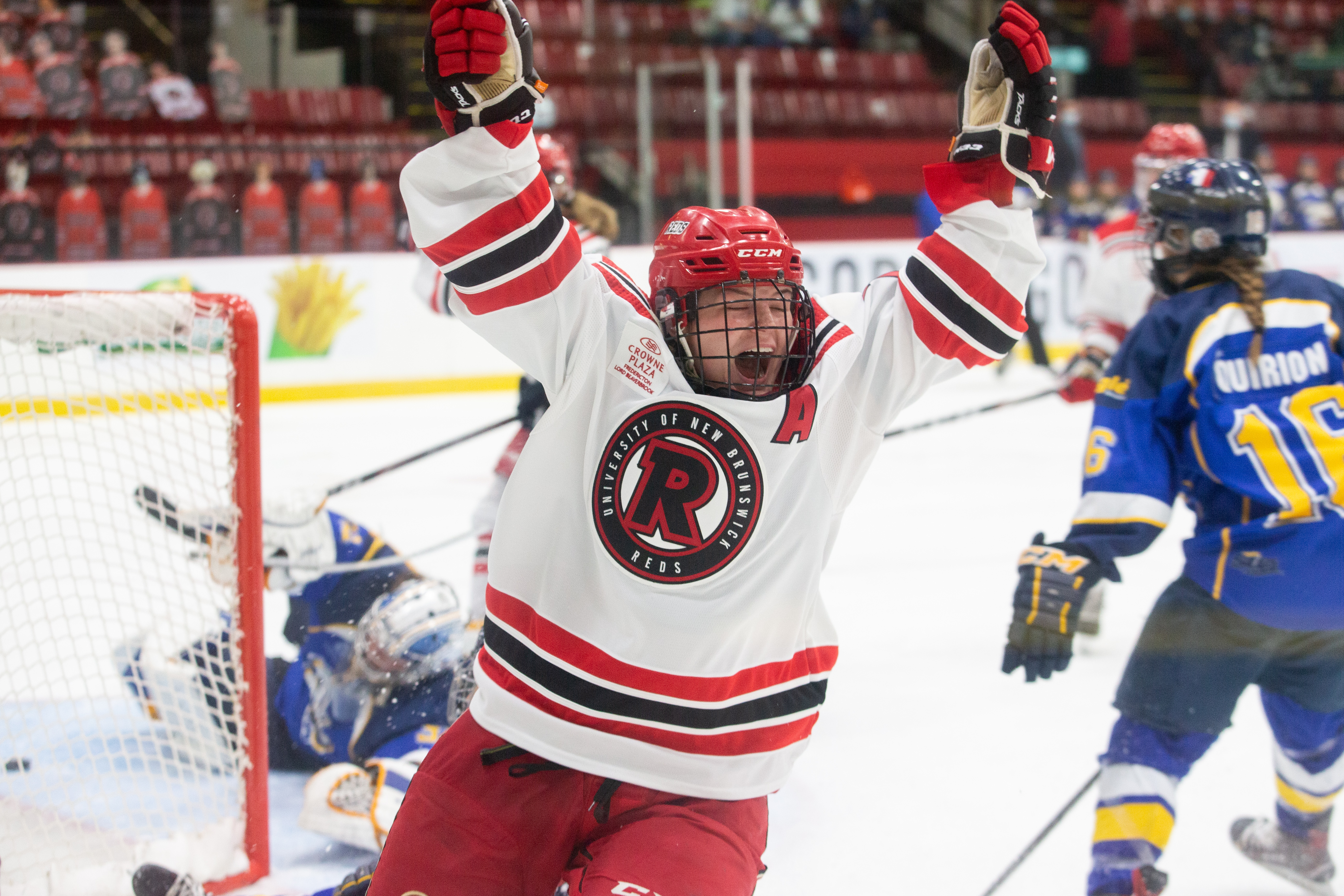 Sporting a 15-3-3 regular-season record, the UNB Reds entered the AUS Championships as the top-ranked Atlantic squad.

Building on the tremendous regular season, the Reds would go unbeaten in the playoffs en route to their first AUS championship banner in program history, defeating the StFX X-Women 4-0 in the final game to complete the sweep. Reds goaltender Kendra Woodland stood tall in the championship-clinching tilt, turning aside 46 shots for the shutout. 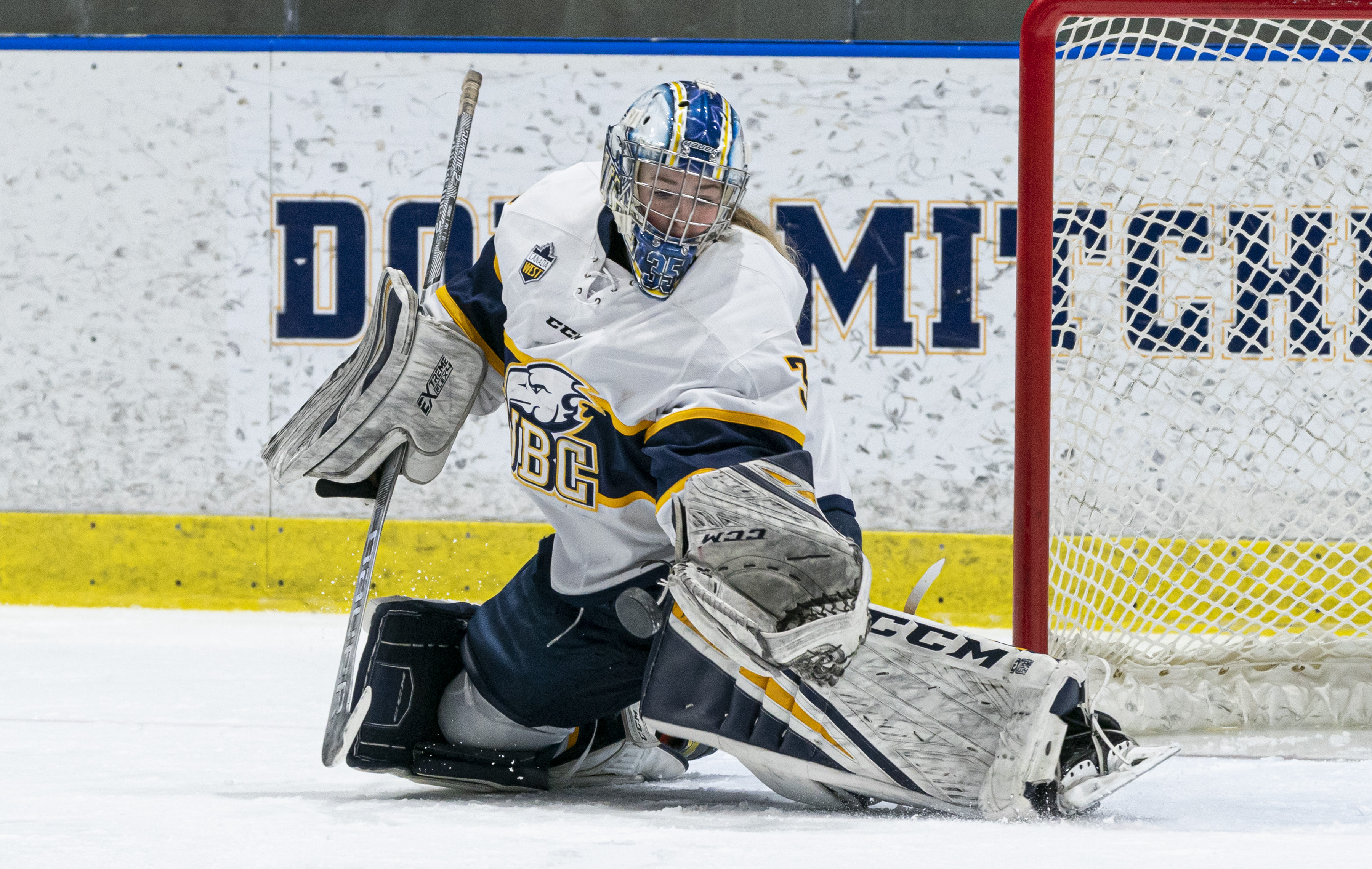 Leading the Canada West regular season with 72 goals in just 20 games, the Thunderbirds proved themselves to be an offensive powerhouse with a deep forward lineup. Combined with a strong defensive corps and some stellar goaltending from rookie Elise Hugens, UBC finished the shortened campaign with a 14-6-0 record, good for second place in the conference.

Earning a bye through to the semifinals, the T-Birds swept the Alberta Pandas by a combined score of 7-2, advancing to UBC’s first conference championship series since 2017.

The Thunderbirds continued their playoff dominance in the final series, completing the two-game sweep of the visiting Huskies while keeping Saskatchewan off the board in a pair of Hugens shutouts. After a game one 4-0 win, leading scorer Chanreet Bassi scored the only goal of game two in overtime as UBC clinched their fourth Canada West title in program history.

Bench boss Graham Thomas is in his tenth season at the helm of the UBC Thunderbirds women’s hockey team. Thomas was named the U SPORTS and Canada West Coach of the Year for the 2012-13 season, his first at UBC. He led the Thunderbirds on an improbable run from a one-win team in 2011-12 to Canada West champions the following year. 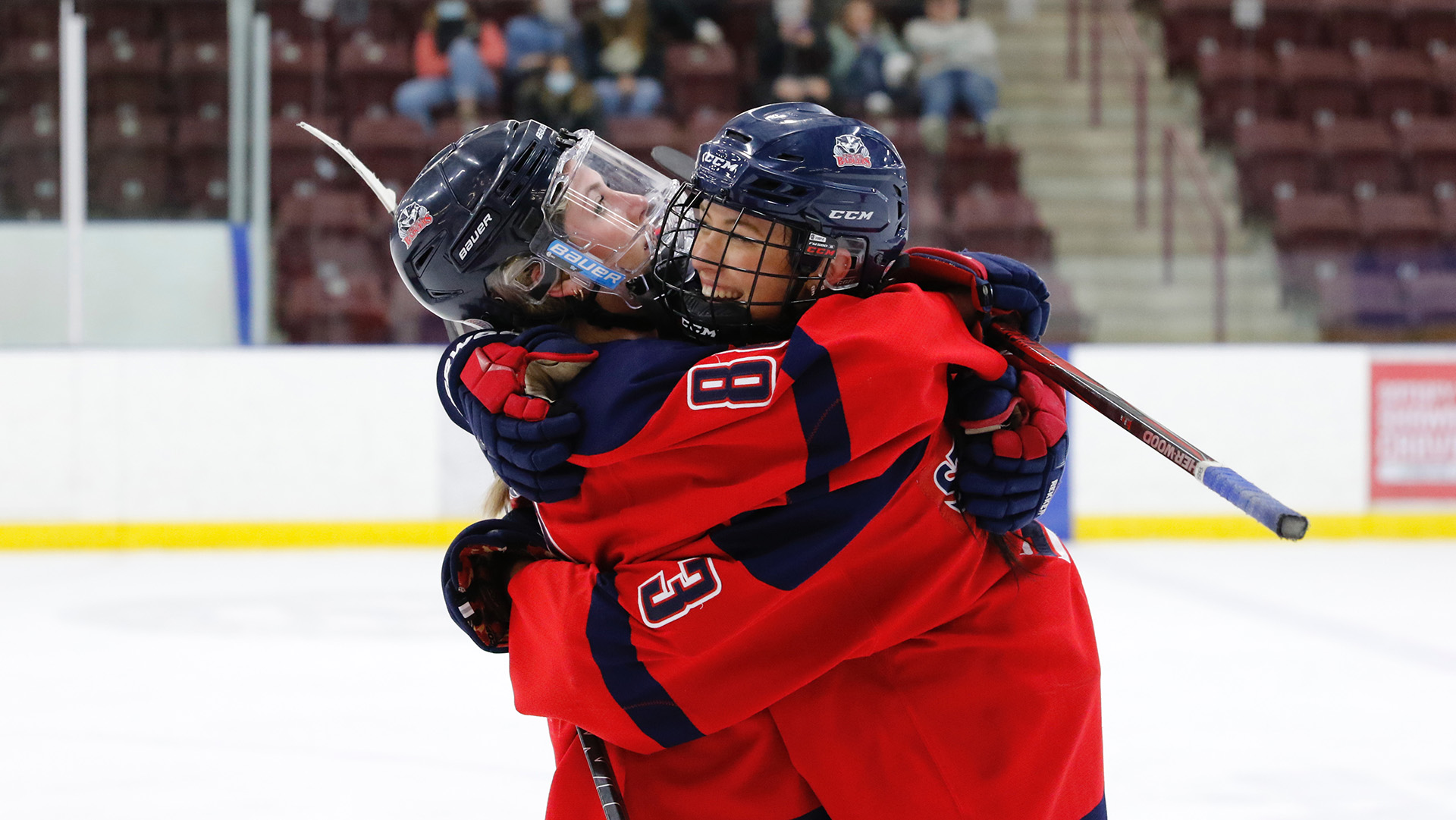 After making a historic surge to their first OUA Championship banner, the Brock Badgers are set to make their first national championship appearance in program history.

The Badgers finally broke through and punched their ticket to the U SPORTS Women’s Hockey Championships in Charlottetown, PEI by winning their OUA semifinal matchup against Western before dispatching the Nipissing Lakers 3-1 in the final.

Brock completed the regular season third in the OUA West with a record of 7-5-4. After receiving a first-round bye, the Badgers opened the OUA playoffs with a 2-1 victory in Guelph on Saturday, March 12. It was the team’s first playoff victory in more than a decade.

The Badgers followed that up with the 3-0 win over the Western Mustangs in the semifinal, sending them into the OUA championship game.

The Badgers have a strong leadership group in a core group of seniors who have been with the team since the 2016 season.

“For some of the women on this team, including myself, it's been six years of hard work,” said forward Carley Blomberg, a Community Recreation student from Timmins. “Making it to nationals is a good way to end our careers at Brock. It's a dream come true.” 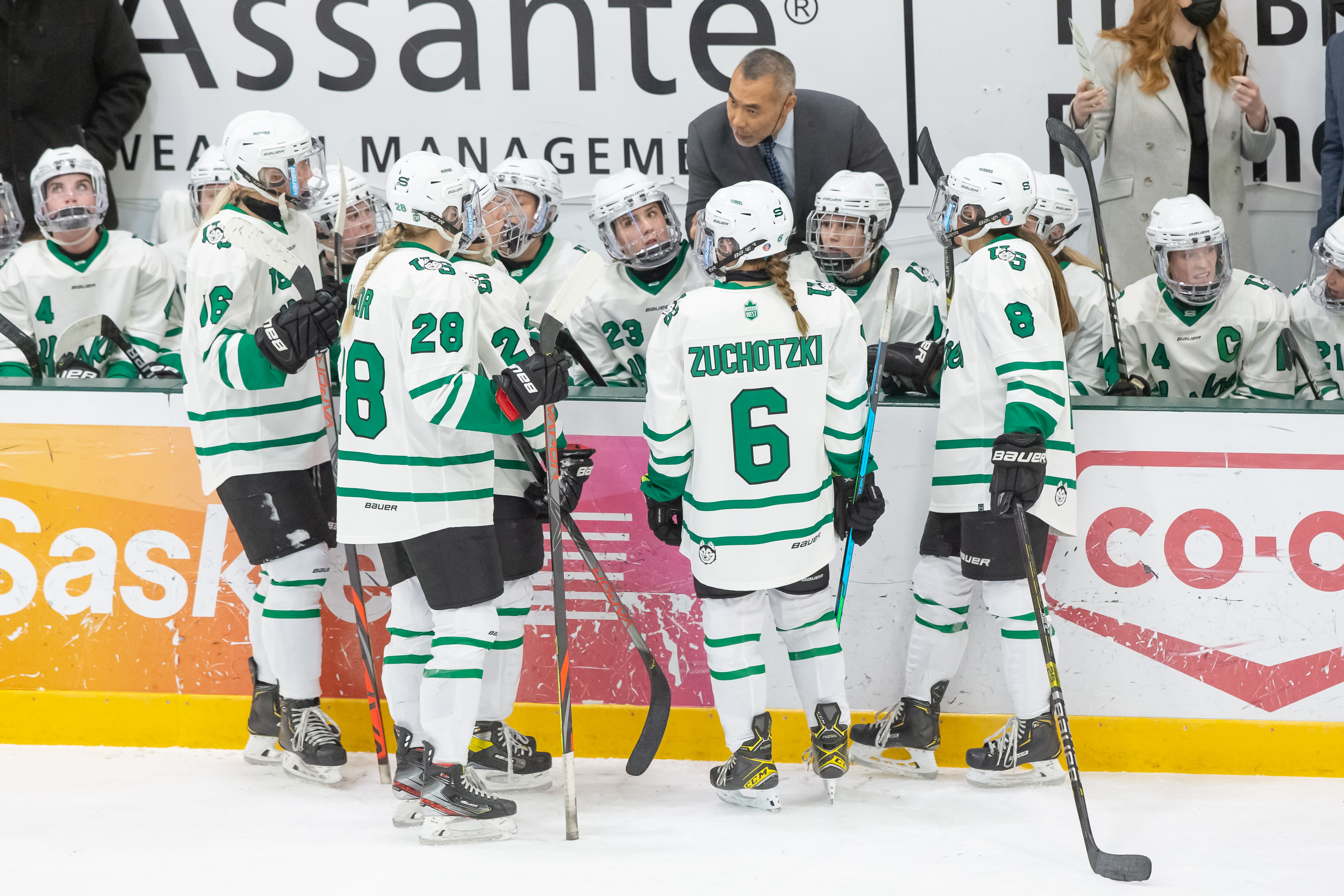 The Huskies finished fifth overall in Canada West with an 11-7-2 conference record, before catching fire in the playoffs.

The Huskies won four straight postseason games before falling to the UBC Thunderbirds in the Canada West final. In the four playoff contests, the Huskies swept both the Manitoba Bisons and Mount Royal Cougars. During the run, third-year netminder Cameryn Drever allowed only three goals in four games. In the entire conference postseason, Drever stood tall with a 1.31 goals-against average and a sterling 0.961 save percentage.

The Huskies will be looking to make history this weekend in their attempt to hoist their first Golden Path Trophy. 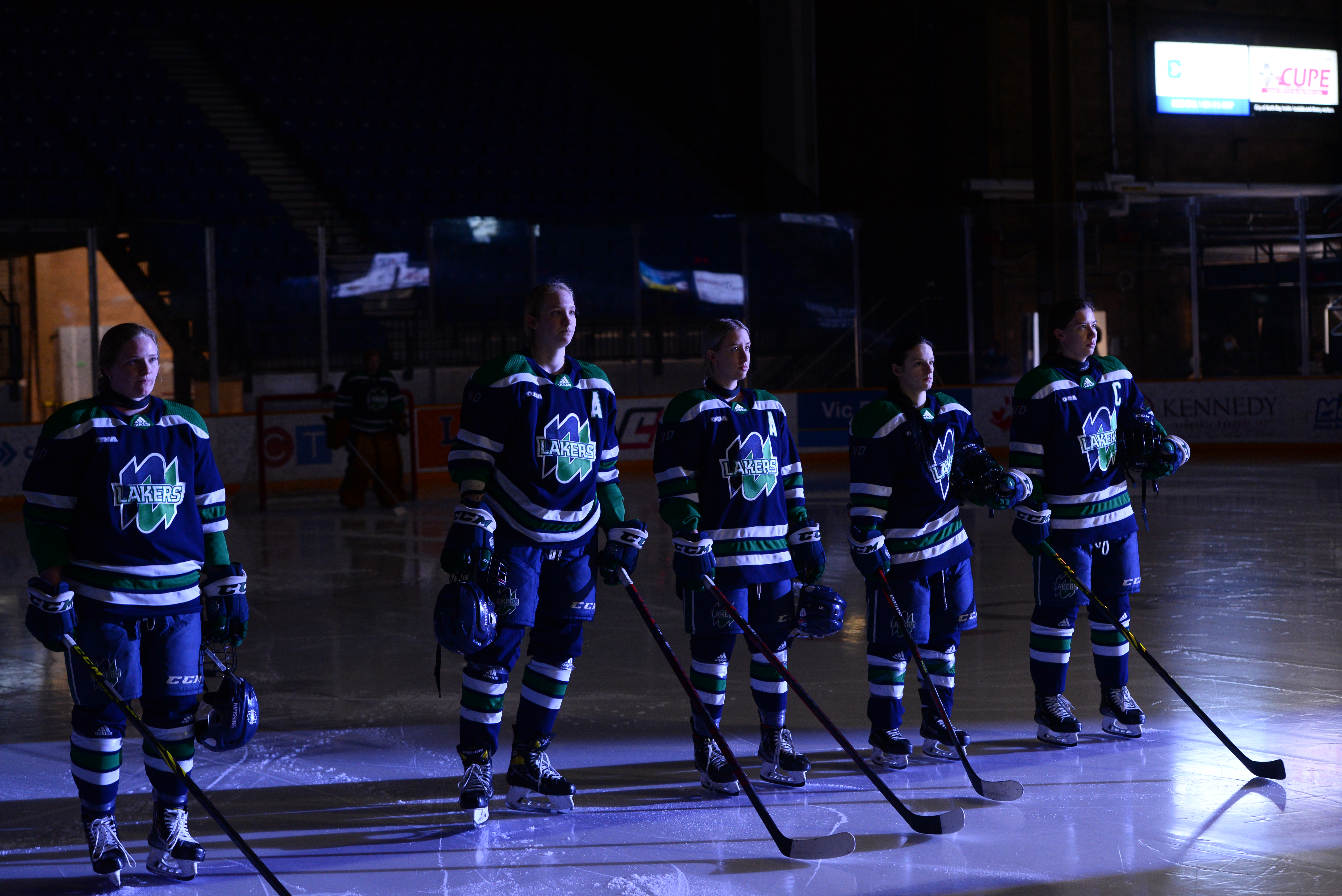 The Nipissing Lakers women’s hockey team has their chance to claim the Golden Path Trophy.

After coming within a win twice, the Lakers broke through to the U SPORTS Championship with a semi-final win over the top-ranked Toronto Varsity Blues, booking their ticket to Prince Edward Island.

After ranking in the U SPORTS Top 10 for the majority of the season, the Lakers are one of the last two OUA teams standing.

Nipissing finished the season with a 10-4-0 record, scored a league-leading 47 goals, while allowing just 27.

The team finished with two shutouts and capped off the year with an overtime victory over the top-ranked Varsity Blues, handing them one of their two overtime losses on the season.

In the playoffs, they defeated Ryerson 3-1 in the OUA quarter-finals before taking down Toronto, 3-2 on the road in the semifinals. 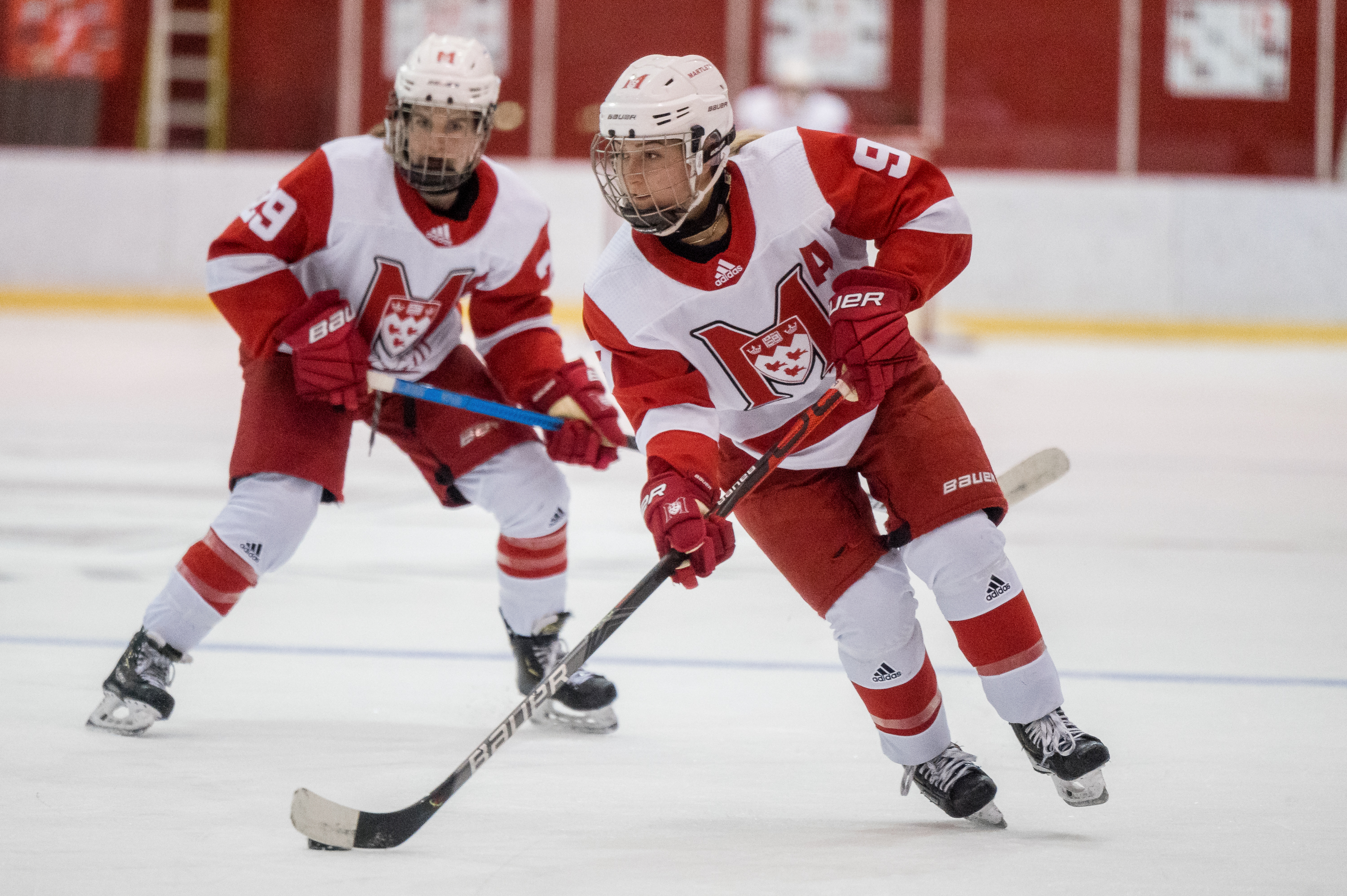 McGill has seen the most action of any program at the U SPORTS championship and is taking part in their record 20th national championship.

The Martlets topped the RSEQ standings, going 12-3-0 in the regular season, before falling to the Concordia Stingers in the conference final.

Leading the charge for the Martlets is captain Jade Downie-Landry and forward Marika Labrecque.

Downie-Landry led U SPORTS in regular-season points with 27 and in goals with 14. Labreque’s 23 points is good for third in the nation, while her 18 assists led the nation.

The Martlets, the holder of four U SPORTS Championships, will look to reclaim their title this weekend in Charlottetown. McGill’s last national title came in 2014 when they defeated the Laurier Golden Hawks 4-1. 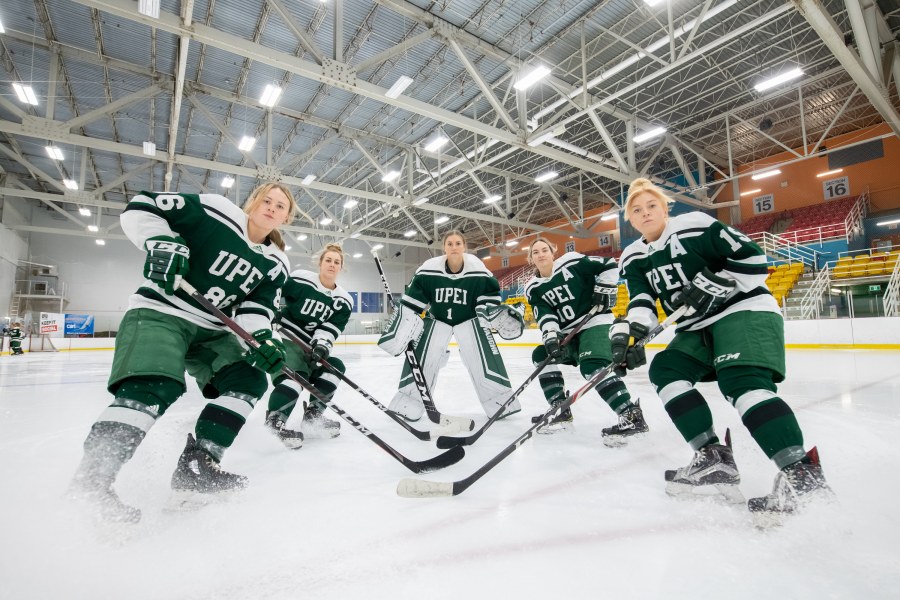 The UPEI Panthers ended the regular season with a 13-7 record heading into the AUS Championship, ranking fourth in the conference before being upset by the St. Thomas Tommies during the AUS quarterfinals.

The Panthers will have the home-ice advantage in the Women’s Hockey Championship as they look for their first U SPORTS Championship banner.