CHARLOTTETOWN (U SPORTS) – The Nipissing Lakers punched their ticket to Sunday’s gold medal game after shutting out the UNB Reds 4-0 in the first semifinal of the 2022 Cavendish Farms U SPORTS Championship.

The Lakers, who have yet to allow a goal in the tournament, were stingy yet again as the Reds struggled to generate scoring opportunities against them.

They also broke out offensively and used a balanced attack with four different players finding the back of the net, including Madison Desmarais, Madison Solie, Mallory Dominicio and Brianna Gaffney.

Nipissing opened the scoring at 9:10 when Desmarais gathered the rebound off an Emma Thomas shot and beat goaltender Kendra Woodland with a quick-release shot for the 1-0 lead.

About five minutes into the second period, Solie played around with the puck before casually firing a wobbler that caught Woodland off guard and landed in the back of the net to make it 2-0. The Lakers added another insurance goal at 15:23 when Maggie McKee controlled the rebound and fed a pass in front to Dominicio, who redirected it in for the 3-0 advantage.

Gaffney added an empty-net goal with five minutes to go to put the game on ice.

Chole Marshall recorded 16 saves for her second shutout of the tournament, while Woodland turned aside 30 shots in the loss.

With the win, the Lakers will play for a gold medal Sunday at 6 p.m. against the winner of the Concordia–Saskatchewan game. The Reds will face the losing team in the bronze medal game at 2:30 p.m. 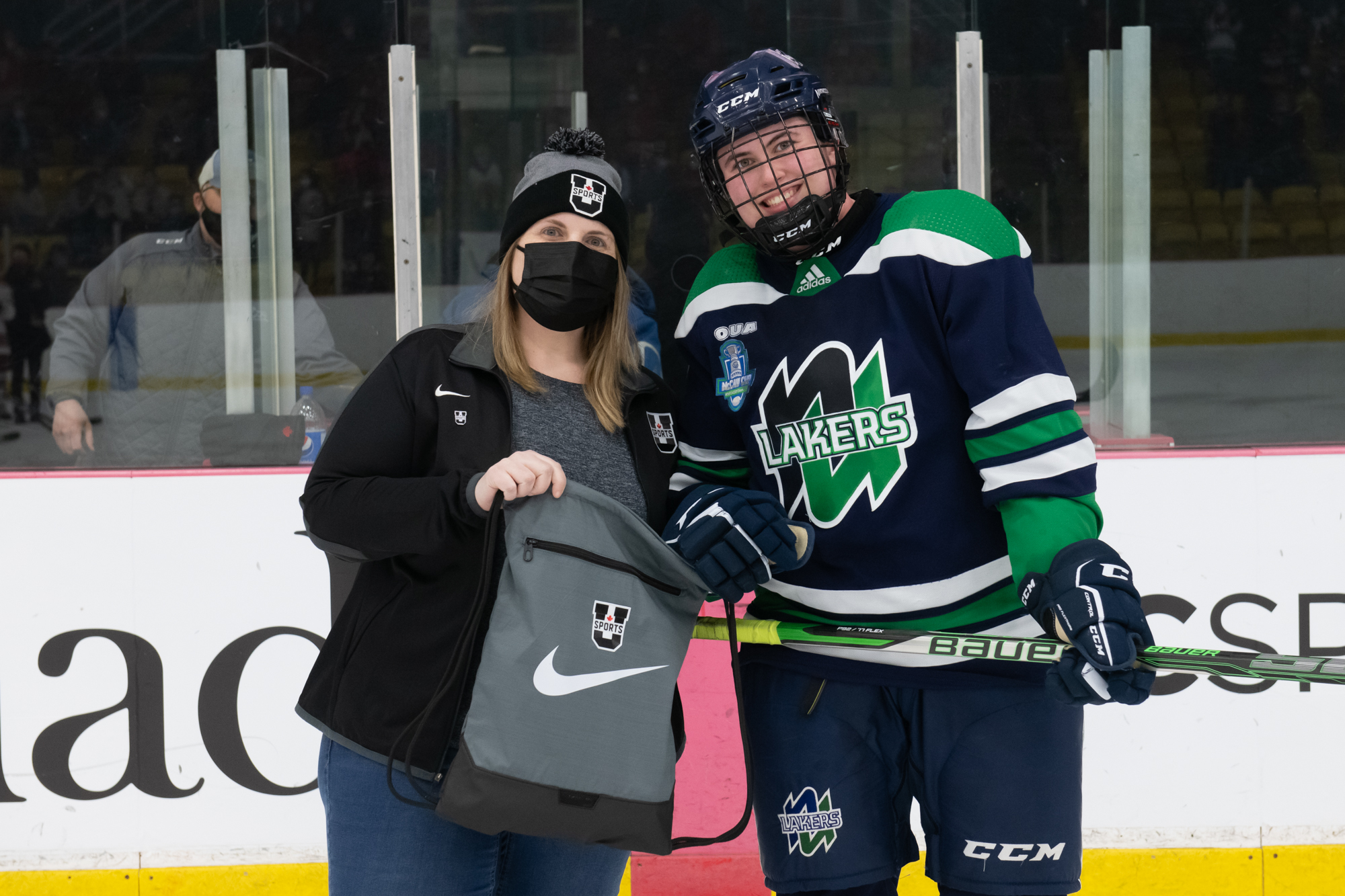 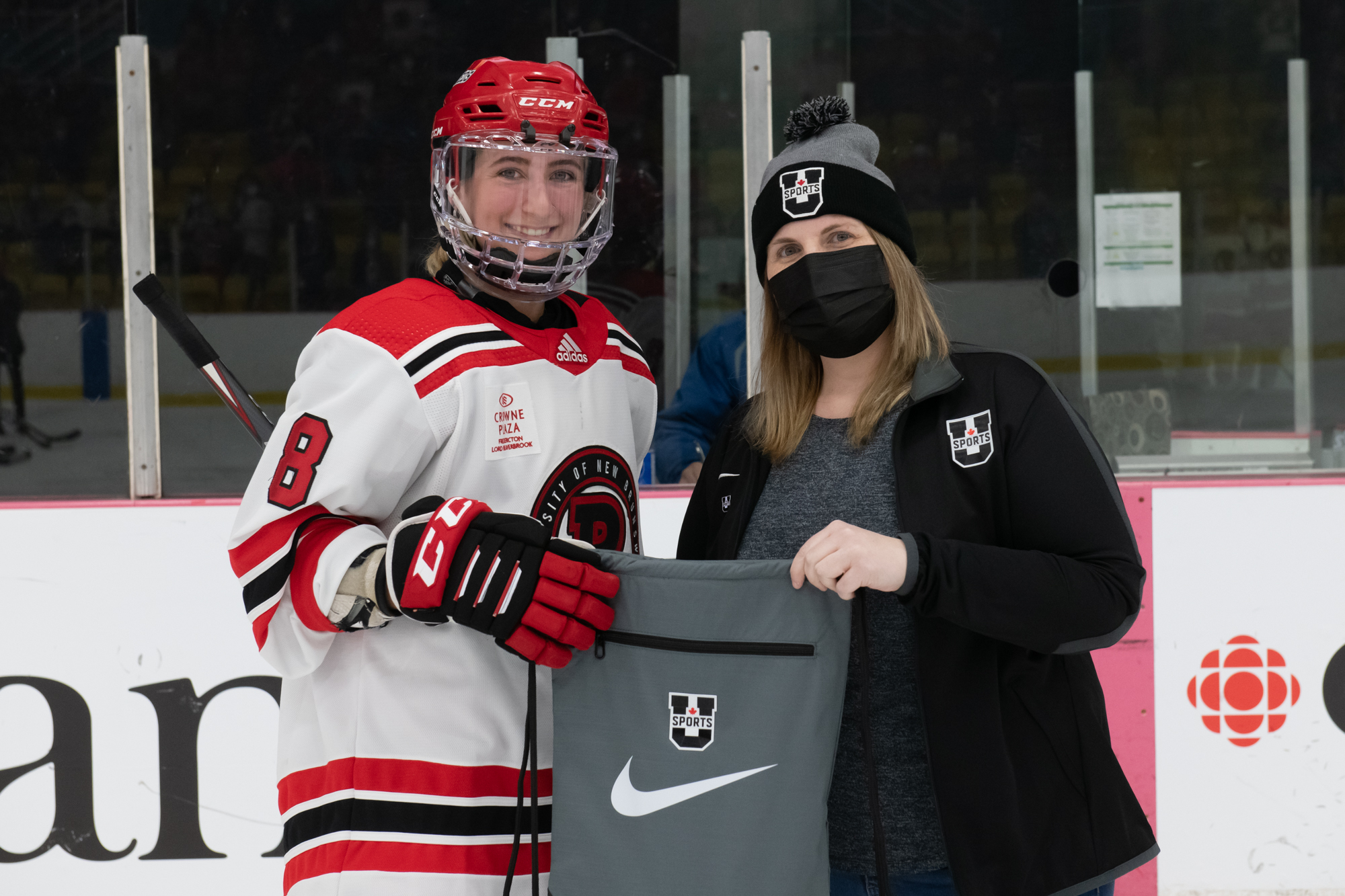