CHARLOTTETOWN (U SPORTS) – The top-ranked Concordia Stingers are the 2022 Cavendish Farms U SPORTS Women’s Hockey champions.

The Stingers defeated the Nipissing Lakers 4-0 to claim their first national championship since 1999. 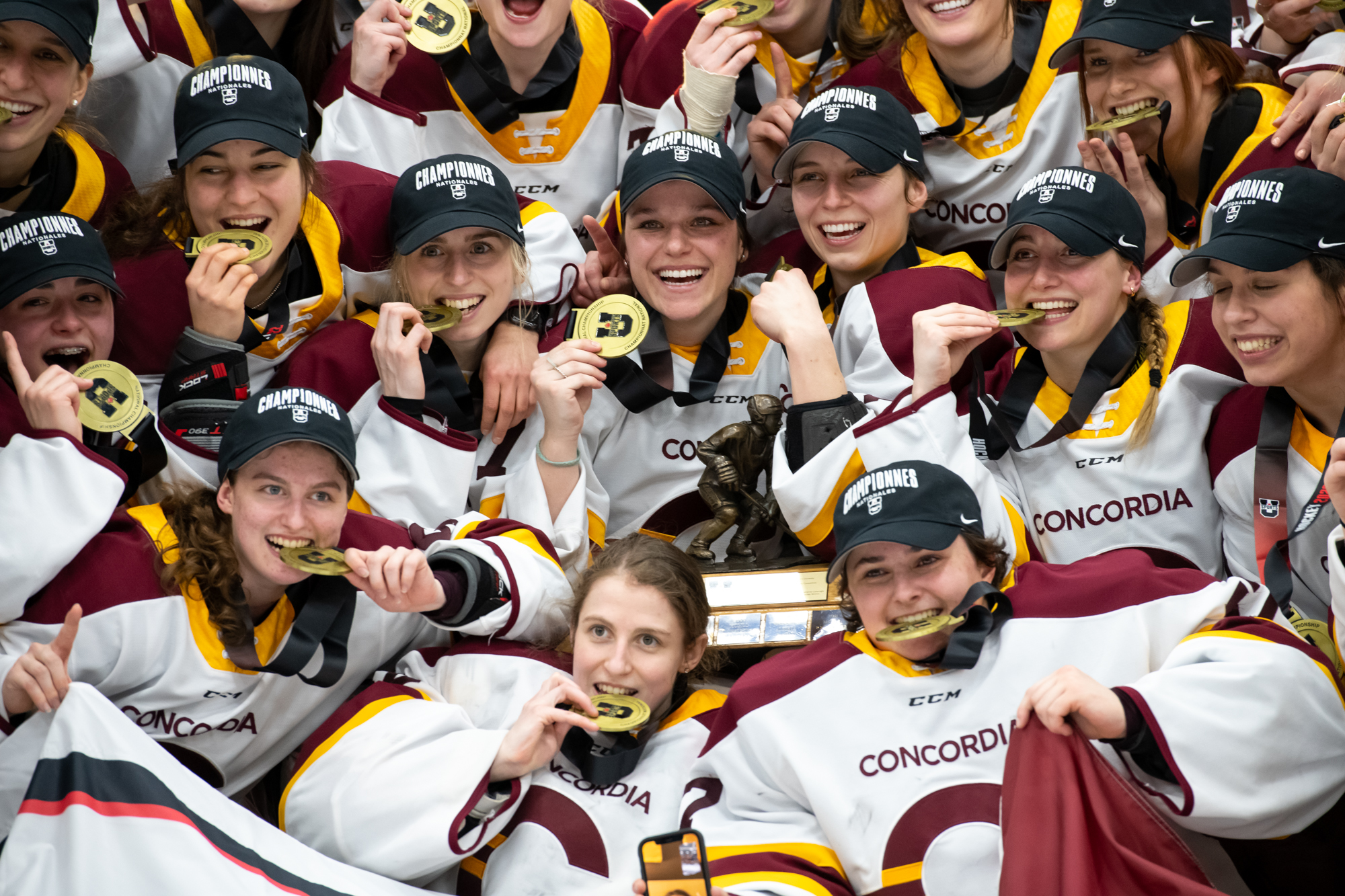 After a scoreless first period, Concordia finally broke the deadlock on a power-play goal at 18:21 when Rosalie Bégin-Cyr slid a puck through the slot to Maria Manarolis, who put away her own rebound for the opening goal.

Looking to add to their lead, the Stingers came into the third period strong and were rewarded with a goal at 2:51. Stéphanie Lalancette picked off a clear attempt from a Nipissing defender and took the puck to the slot where she wired a wrist shot in the top left corner to make it 2-0.

Later in the period, Marie-Pascale Bernier found Audrey Belzile on the breakaway and the captain didn’t disappoint as she got goaltender Chloe Marshall to bite on a move before tucking away the backhand shot at 13:05.

Lalancette added an empty-net goal at 17:47 to secure the win and the gold medal.

Concordia goalkeeper Alice Philbert recorded 25 saves for her third shutout of the tournament, while Marshall turned aside 33 shots. 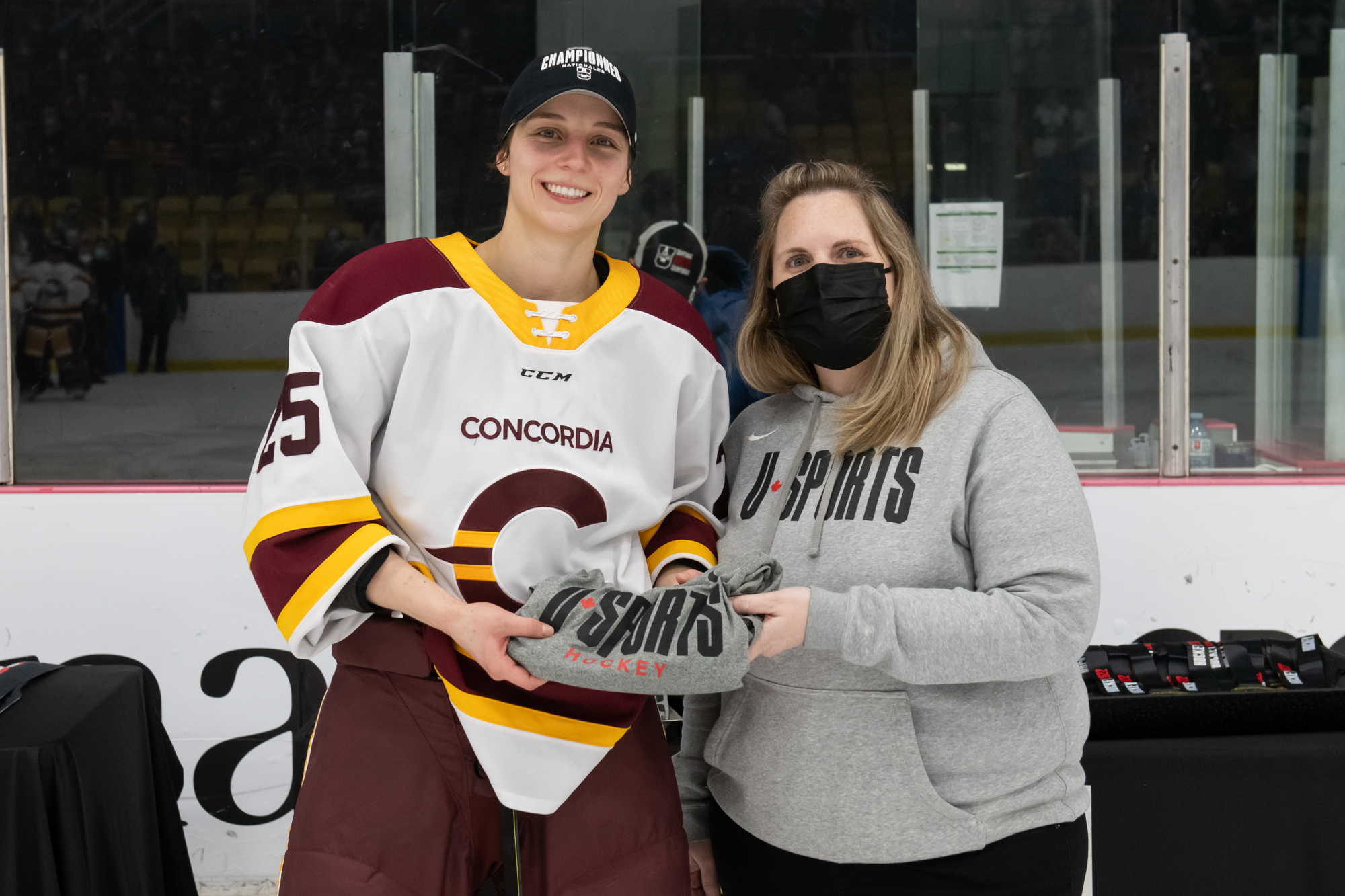 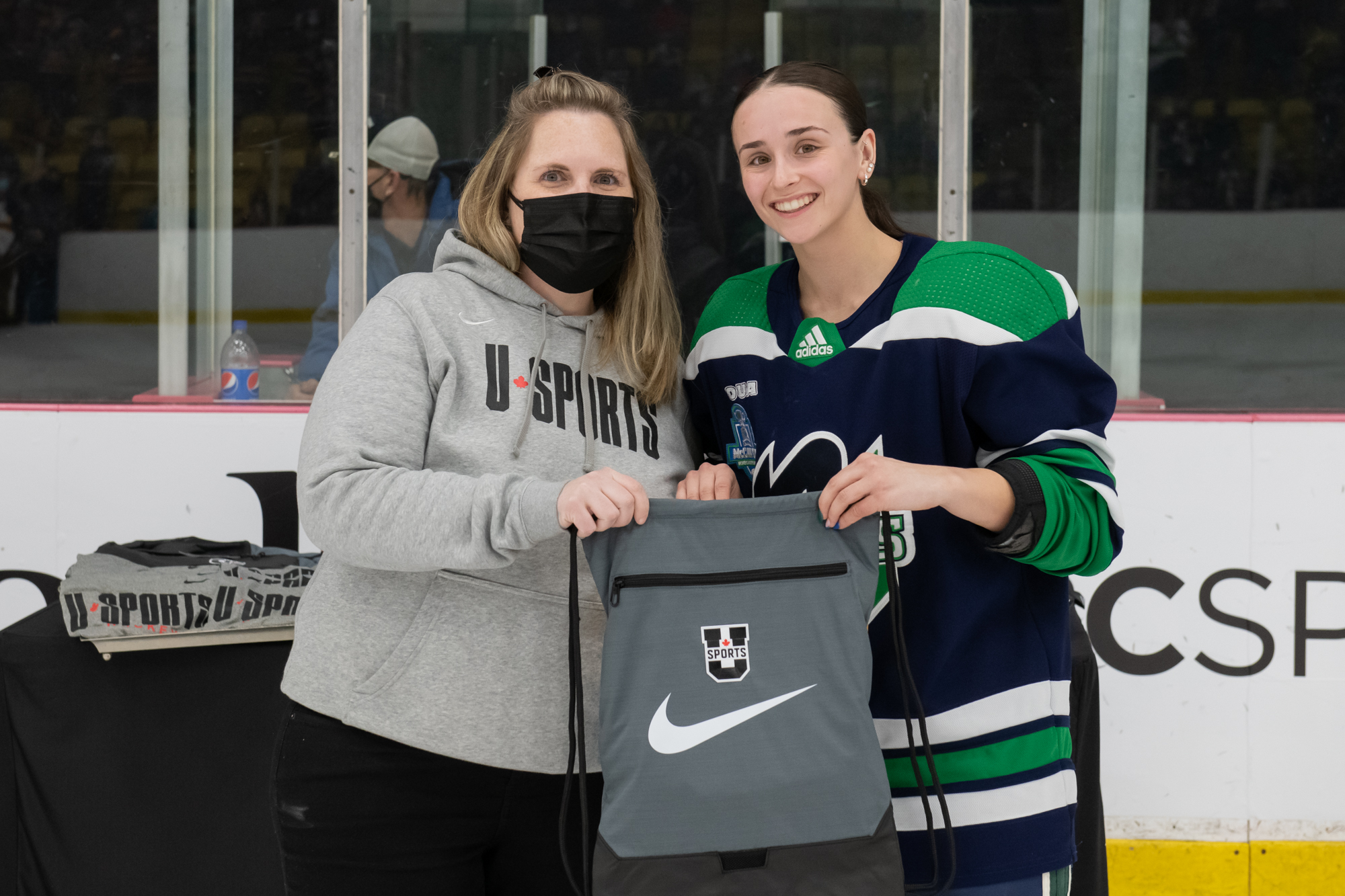