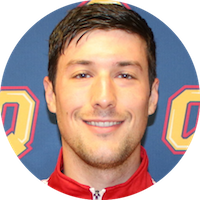 1. What attracted you to Queen’s?

What originally attracted me to Queen’s was the academic reputation of the school. Queen’s has a long tradition of developing and preparing students for success outside the classroom, and with my family, we determined that this should be the most crucial aspect of my decision.

After that, the effort both Coach Brett Gibson and Coach Tony Cimellaro made to make a personal connection with me sealed the deal. I believe I play under the two best coaches in U SPORTS. Whether its interpersonal, strategic, developmental, analytical or just pure passion for the sport, I have never met individuals who genuinely care more about team success, or put in more effort.

I have been extremely fortunate to have several achievements as a U SPORTS student-athlete. Some highlights have been being named the country’s top rookie athlete as well as an All-Canadian in 2014, being named to the U SPORTS All-Star Team three times - which included defeating the Canadian World Junior prospects in 2015 – winning a bronze medal at the Winter Universiade in 2017, and being named Queen’s University’s Jenkins Trophy recipient as the school’s top athlete in 2017. 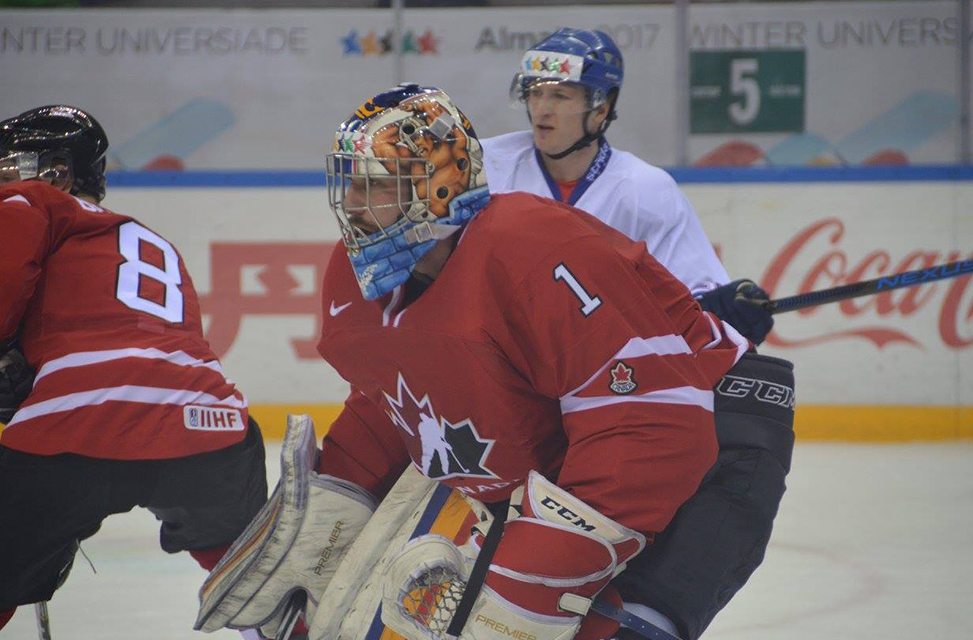 However, my favourite memory would be making the 2017 U SPORTS University Cup. This was only the second time in Queen’s Hockey’s history that we had qualified, and we were massive underdogs to do so. To me, this marks both a new era of Queen’s hockey, as well as a confirmation of how far the program has grown in my time here.

As a law student, after university my plan is to practice corporate law in Toronto. This plan was recently advanced when I secured a job with Stikeman Elliott LLP, one of the premier corporate law firms in the country. Getting a position with this firm has been a dream ever since I entered law school, as many of my role models and mentors - former OHL and U SPORTS athletes who are now partners with the firm - work there. I am hoping I can learn from them and follow in their footsteps.

The greatest influence on my athletic career has undoubtedly been my father. I come from a baseball family, and due to this, my father did not have an extensive knowledge of hockey, particularly when it came to giving advice to a young goalie.

I remember as a child doing strange exercises that my father said would pay off in the future - examples would be him writing fractions on tennis balls and throwing them at me, and my having to call out the fractions before I caught it. I recently found out from my mother that when I decided to become a goalie, my father signed out a book written by the famous Russian goaltender Vladislav Tretiak from the local library. He copied these Soviet exercises, and this is a small example of the many things and lengths he went to in trying to make me the best athlete I could be. I will forever be grateful for this and the endless opportunities it has provided for me.

If I could have dinner with any sports figure it would be LeBron James. He is undoubtedly the best and most popular athlete on the planet, but furthermore is a great role model and businessman. He is the definition of consistent, and a complete professional. I would love to pick his brain about his habits, mentality, and wisdom, along with the fact I think he would have to have some amazing stories. 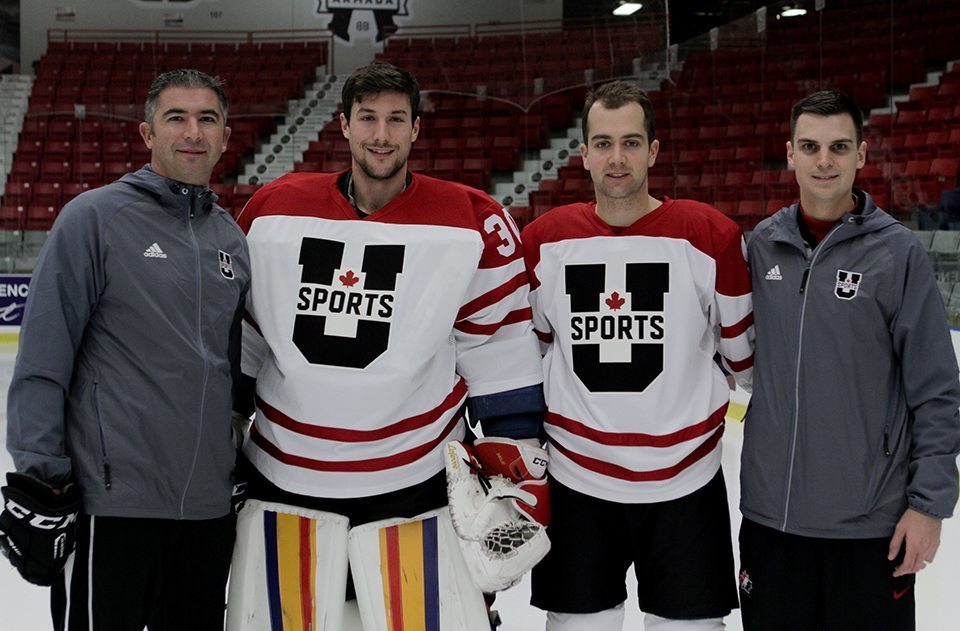 As for pre-game rituals, I am going to say I have none. However, my teammates may disagree. I believe the most important thing in any area of life - athletic or otherwise - is preparation, and I take this very seriously.

For a go-to song, it really depends on the mood. I mean it when I say I like any type of music. My favourites would include Eminem and Coldplay, which really show the spectrum of music I enjoy. However, being an honorary Kingstonian, I would be lying if I didn’t say the team really enjoys (and almost exclusively plays) The Tragically Hip.

My favourite social media account to follow would be the “House of Highlights” page on Instagram. Like most U SPORTS student-athletes, between school and hockey I am very busy. This page allows me to keep in touch with the latest sports accomplishments and updates and is a quick, much-needed refresher into everything I have to miss. It is a great spot to spend 10 minutes taking a study break and I highly recommend it.

If I could try any other sport it would be baseball. As I mentioned, I come from a baseball family. My grandfather was fortunate enough to represent Canada at the 1988 Olympics in Seoul, South Korea, and I have, unfortunately (and strangely) never played a game of baseball in my life. It is definitely something I would love to try.

The most embarrassing thing that has ever happened to me as an athlete is *almost* asking Bobby Hull “what he knows about hockey”.

Mr. Hull is a Belleville,Ont., native, as am I, and when I was nine years old, he came to one of my minor hockey games. He approached me after the game and said “Great game kid, just make sure you work on that five-hole.” (I had let in a goal there). Still not pleased with the goal, I almost made the remark to him before my coach, who saw I was visually unimpressed, pulled me aside before I could say anything I would obviously regret. I am thankful he did, as I almost asked one of the greatest goal scorers in the history of hockey if he knew anything about the sport.