Riley Brandt was one of the hardest hitting forwards in the British Columbia Hockey League (BCHL) as captain of the Vernon Vipers last season. Known as a tough, physical player, the first-year forward joined the Royal Military College of Canada (RMC) Paladins this year, where he currently leads the team in points.

The decision to go play hockey at RMC was an easy one for Brandt once he got to see the school in person. He got a call from Paladins head coach Richard Lim, who offered to give Brandt a tour, and invited him to watch the Paladins take on their crosstown rival the Queen’s Gaels in the annual Carr-Harris Cup at the Rogers K-Rock Centre. After taking in the contest that celebrates the oldest hockey rivalry in the world, Brandt committed to attend the Kingston, Ont. school.

“I remember watching the game, seeing lots of fans from the school at the game,” says Brandt. “My parents were excited about the opportunity that I had been given and were extremely proud when I made the decision to come to RMC.”

Until he had seen the school first hand, talking to Coach Lim, and seeing how close knit of a hockey program they were running, Brandt says he hadn’t thought of serving his country as a possibility.

Brandt says he loved what Coach Lim was doing with the program, and saw a chance to be a part of an underdog squad that could take people off guard. So far this season, the Paladins have done just that. After going 5-21-2 last year and finishing last in the OUA East division, the team is currently 5-13-3, highlighted by three consecutive victories in November over a historically strong UQTR squad that often challenges for a spot at the University Cup. And it is Brandt leading the way for the Paladins on the scoresheet with 21 points in 20 games – 16 of which are goals to lead the entire nation.

When I met Riley, I loved his maturity and ‘anything for the team’ mentality.

“We saw his offensive upside, and when we gave him the opportunity here, he took it and ran. I don’t think anyone quite expected the numbers he’s put up so far, but no one is complaining. We are fortunate to have Riley, and look forward to what his future brings with the program and the Canadian Armed Forces, as he continues to be a strong leader.”

Brandt, who is studying general arts, says that his current military training is light, but laughs as he describes the two-hour time change that he went through after moving to Kingston from the west coast.

“It was tough to wake up for the first little bit, especially the first couple weeks, waking up super early and everything,” says Brandt, who admits one of the most difficult things he is going through is readjusting to the academic schedule and lifestyle. 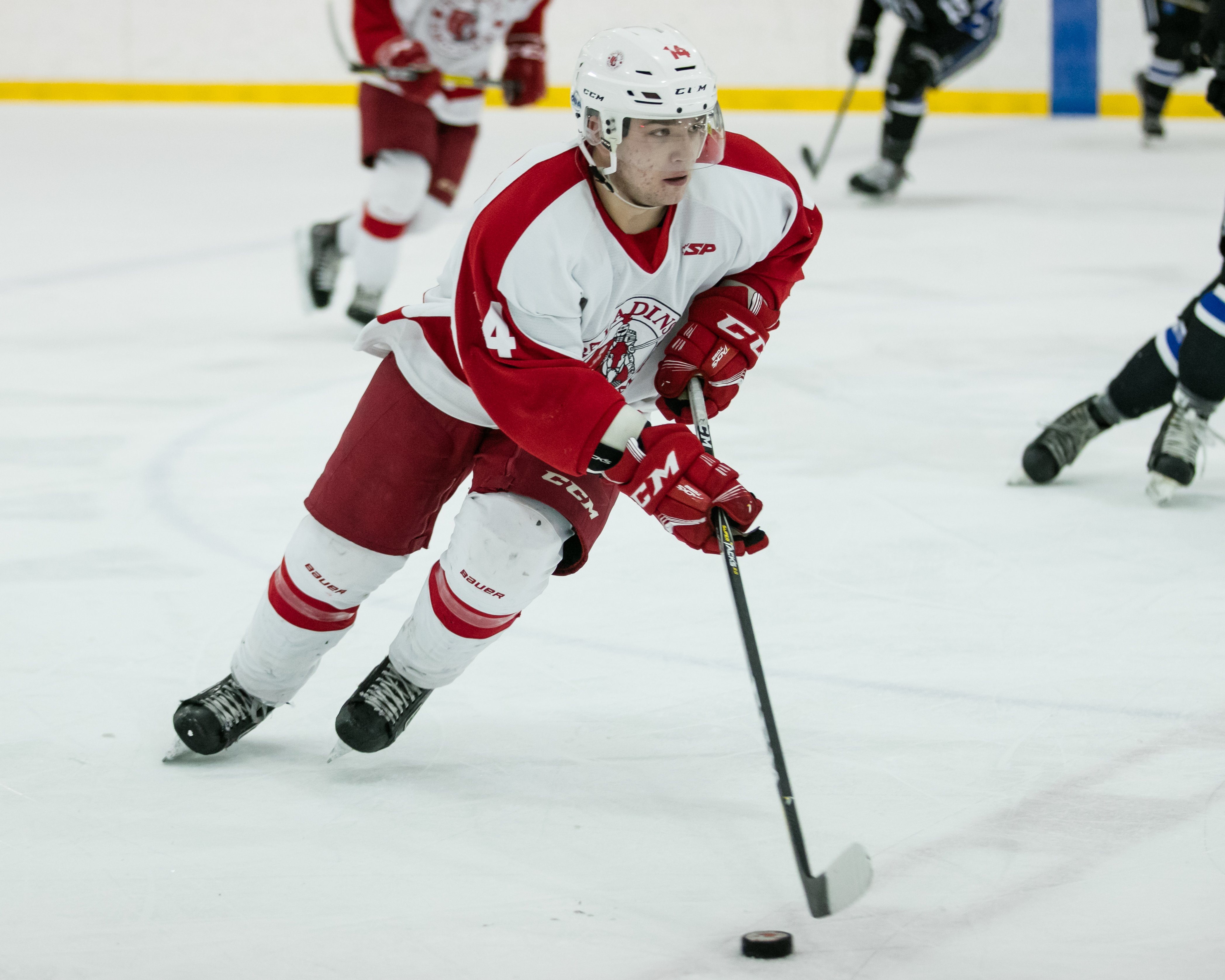 Brandt spent three years playing in the BCHL after he graduated high school, where he says his only focus was training and playing hockey. Transitioning from that to jumping into university, along with the added military aspect, was difficult in the beginning.

“University is pretty tough, but I guess it's going to be like that everywhere,” says Brandt.

One of the cool things about it is that you're not only doing school, or hockey. You mix in a little bit of everything – some weekends, we're doing military training. I just think it's cool I get to open my mind and try some other things.

One of the things that Brandt says has helped him the most has been the support he’s received since arriving at the school.

“The good thing about RMC is they give you a lot of support. It's a smaller school so there's lots of room for help – the guys on my team help me to,” he says. “That was one of the best parts about it. I wasn't sure how my academics were going to be when I came here because they weren't the best over my high school career, but coming here, my grades have been a lot better.” 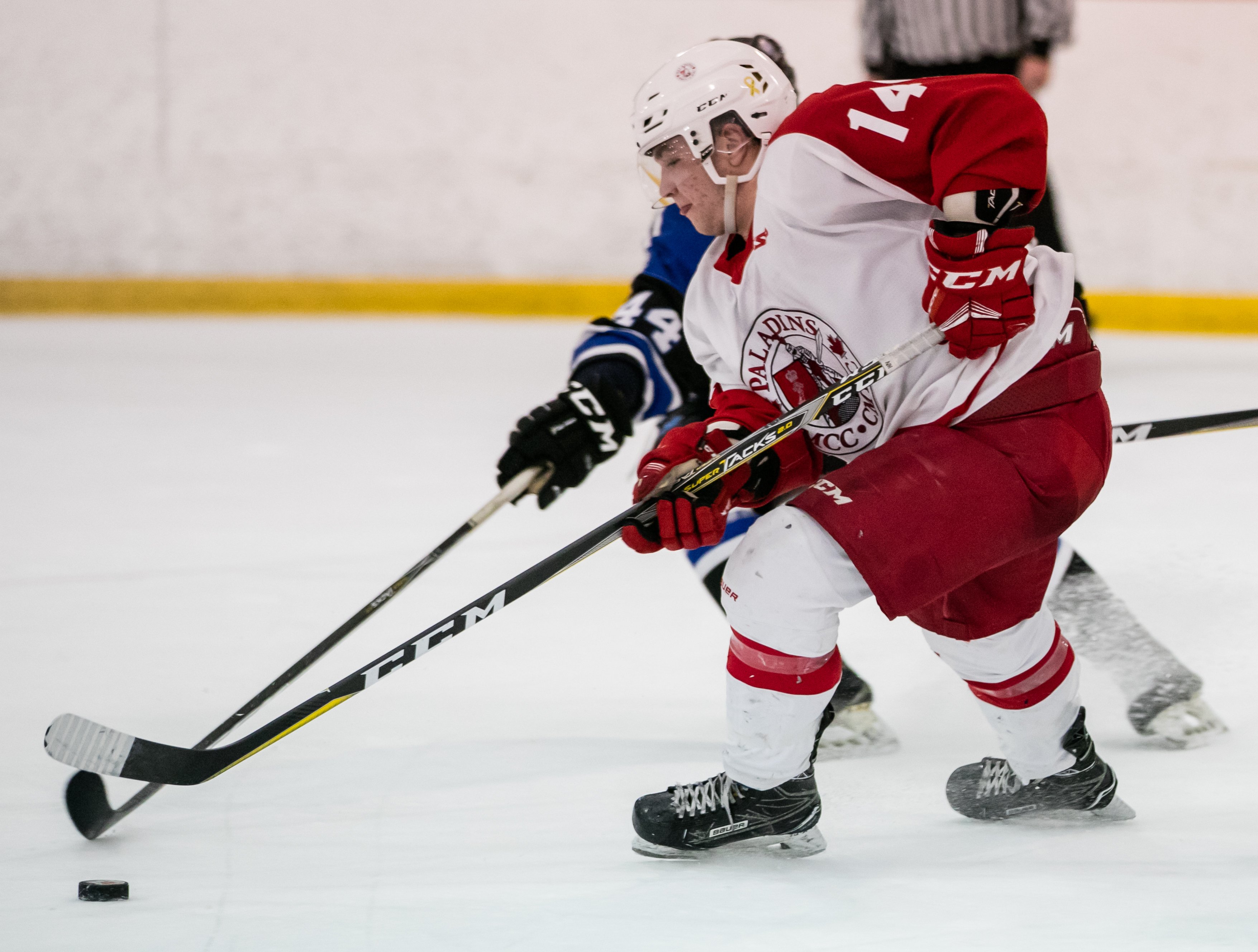 With his team’s unexpected rise on the ice this season, and helping them equal its win total from all of last year, Brandt is looking forward to setting higher goals with the Paladins before the year is over

“Everything we've been doing this year, it's been different for this (school) – we've been getting more fans, we've been winning some games. RMC's always had that losing mentality, but I think we're starting to switch this,” says Brandt, whose team will have a chance to make the playoffs for the first time since 2006. “We don't have any expectations to do anything, but just surprising everybody is the best part about it.”

TOP 10 TUESDAY: UNB, Alberta back on top in men’s and women’s hockey