Former governor general David Johnston’s love affair with hockey is no secret. Johnston hails from the hockey rich, steel-producing town of Sault Ste. Marie, where he played with the likes Tony and Phil Esposito, now Hockey Hall of Famers. Just over 50 years later, his life has taken a radically different route than his old teammates.

It started with a serendipitous encounter with a Harvard University alumni in his hometown. It was the late 1950s and Harvard was seeking to expand the student demographic beyond blueblood offspring and add students from different socioeconomic backgrounds who excelled academically. The fresh-faced son of a nurse and manager of a local hardware store, went on to earn a scholarship to study law at the renowned Ivy League school in Massachusetts.

It was at Harvard under the guidance of his late hockey coach Cooney Weiland where he learned lifelong lessons that would contribute to his future academic and public service career success.

“If you're involved in a team sport where there is dependence on one another, you realize that leadership is recognizing the total dependence of the people around you,” he says.

Johnston describes Weiland as an “outstanding teacher” who treated him like a son.

If you're involved in a team sport where there is dependence on one another, you realize that leadership is recognizing the total dependence of the people around you.

What he took away from his time playing hockey at Harvard and his relationship with Weiland was not simply mentorship or teaching but “friendship and family.”

While playing for the Crimson, Johnston captained the team to three Ivy League titles and was named first team All-America, All-Ivy League and All-Eastern College Athletic Conference, back to back years.

After graduating in 1963, he went on to pursue a law degree at Cambridge University, forgoing a tryout with the Boston Bruins of the NHL. Since then, his career in academia and the public service has spanned five decades, seven years of which he spent as the Governor General of Canada. He has held posts at top Canadian universities including as the dean of law at Western University, principal and vice-chancellor of McGill University and as the president of the Unviersity of Waterloo. 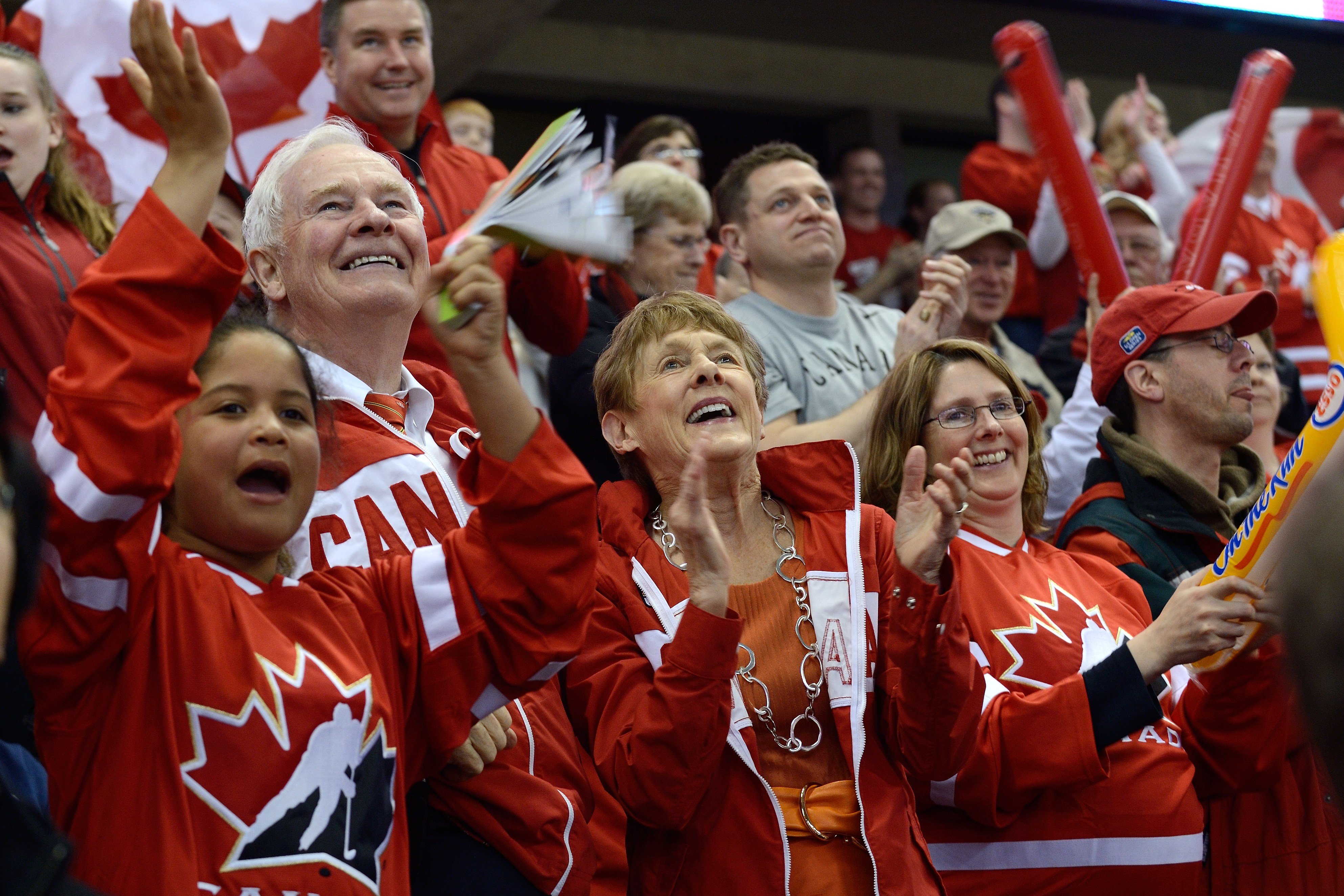 Supporting him throughout his career are his wife Sharon, whom he met in high school, and their five daughters. All five of which he says have played hockey in some capacity. His daughter Sharon Jr. even followed in his footsteps and studied at Harvard and captained the women’s hockey team.

While Johnston’s name will not go down in NHL record books, perhaps as he once hoped, he has instead left an indelible mark upon Canadian university sport and exemplifies the role that sport plays in achieving success inside and outside of the classroom.

With the U SPORTS men’s hockey championship trophy – the University Cup – now named in his honour, he joins past governor generals like Lord Stanley and Adrienne Clarkson –namesakes of the NHL’s Stanley Cup and the Canadian Women’s Hockey League’s (CWHL) Clarkson Cup respectively – in having his name grace a hockey trophy.

I love hockey, I love sports, and I love the association of the Office of the Governor General with sports and physical activity and in particular hockey.

“I'm quite humbled by it all,” he says. “I love hockey, I love sports, and I love the association of the Office of the Governor General with sports and physical activity and in particular hockey.”

As for his hopes for university sport in the future, he says it’s twofold.

“I would like to work very hard to see sport as a universal opportunity,” he says, and for all young Canadians to see “sport as the key to healthy living and a healthy life.”