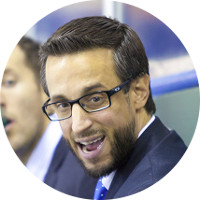 My family first; my father and my brother were great influences for me as an athlete and coach. Then I would say Mr. Rénald Nepton from the Chicoutimi Saguenéens. He has always been a mentor for me, and still is today.

I’m a demanding and meticulous coach. I believe in communication and making athletes feel valued through their role within a team.

Benoit Groulx. I think he’s a demanding and passionate coach. He’s intelligent, and a good communicator. He is motivating, structured, and most of all, he’s a winner.

I think becoming an assistant coach of a QMJHL team without having any coaching experience or having played for an NHL team is the most unconventional thing in my career so far. 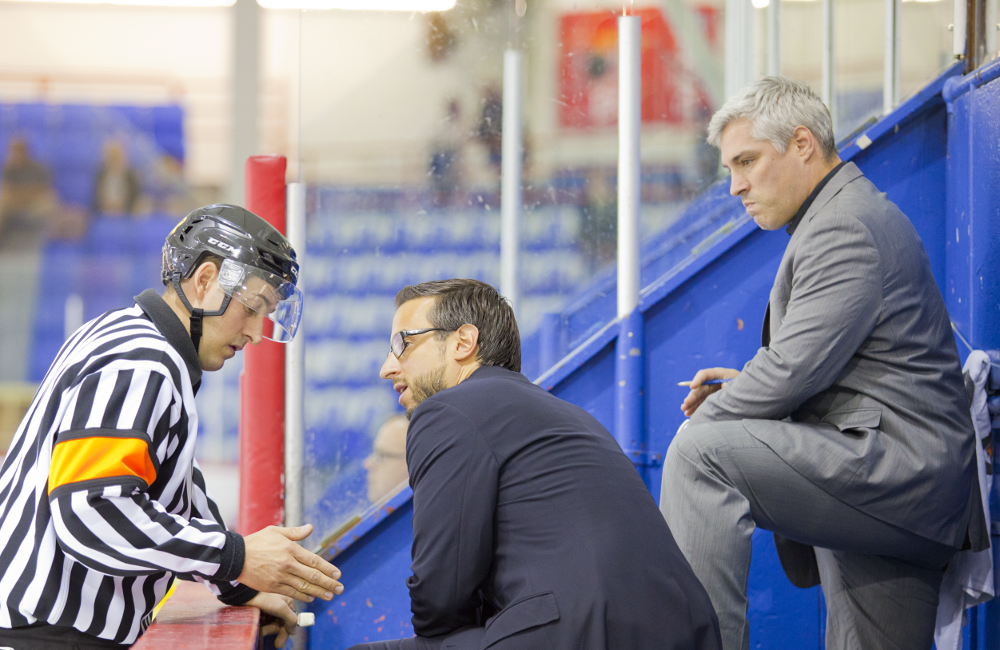 In my first year as head coach at Chicoutimi, we won the quarterfinal series in seven games against the Shawinigan Cataractes, who then went on to win the Memorial Cup as a host team.

In my third year at the helm of the UQTR Patriotes in 2016, we finished first in the season first in U SPORTS top 10 and won the OUA Queen’s Cup.

To show appreciation for the people around you. To ensure that you have the right attitude every day in the face of adversity and success. Hard work is always rewarded.

I have certainly evolved as a person and as a father. I became more calm and patient over time, certainly less impulsive. My passion, my work ethic and my communication with athletes have remained the same, in my opinion.

Taking care of my family and cooking.

Once I ripped the crotch of my pants behind the players’ bench.