For the second consecutive year, an Alberta Golden Bear created suspense late between the U SPORTS All-Stars and Hockey Canada’s World Junior Prospects. Third-year forward Luke Philp scored with 8.1 seconds left in regulation, forcing overtime and eventually a shootout where Team Canada came away with a 3-2 win after nine rounds on Wednesday night at the Q Centre in Colwood, B.C.

"We got better as the game went on. In the first period, you are never sure of what to expect, even though we had some returning guys," said U SPORTS head coach Mark Howell of the Calgary Dinos. “I wouldn’t say we were nervous, but maybe unsure of the level of play and how hard you have to play. We had really good chances in the second and third periods.”

In addition to the goal from Philp, UNB Red Christopher Clapperton also found the back of the net for U SPORTS.

“It is great that everyone is getting a chance to see how good our players are. There are great players in our country who play university hockey. All our guys here could play a high level of professional hockey but are choosing to get their education first.”

The Canadian hopefuls opened the scoring six minutes into the game, putting their speed on full display. Frost dished the puck to the far blueline for Studnicka, who split two defenders, broke in alone, and beat Los Angeles Kings draft pick Matthew Villalta through the legs.

Team Canada nearly made it 2-0 on a late first-period power play as 17-year-old Alexis Lafrenière fired off a one-timed shot from the left side, but Villalta got across to deny him.

U SPORTS responded with a strong second period, dictating the tempo while outshooting Team Canada 18-11.

Clapperton tied the game less than two minutes into the middle frame as he tapped in the rebound off a shot by McGill Redmen defenceman Nikolas Brouillard.

A little over four minutes later, Team Canada restored their one-goal lead. Studnicka collected his second goal of the night, this time on the power play, finishing off a second-chance opportunity from a shot by Frost.

Subbed in half way through the period, Prince Albert Raiders goaltender Ian Scott was thrown into the fire in the Team Canada net, facing the heaviest U SPORTS pressure of the night in the late stages of the second period.

Scott held the All-Star squad off the scoresheet until the waning moments of regulation when Philp scooped up a rebound in front of the goal to force overtime.

After a scoreless overtime period, the game went to a marathon shootout. Riley Sheen, Slater Doggett, and Hunter Garlent scored for U SPORTS, while Joe Veleno, Frost, Lafrenière, and Bowers countered for Team Canada to secure the win. 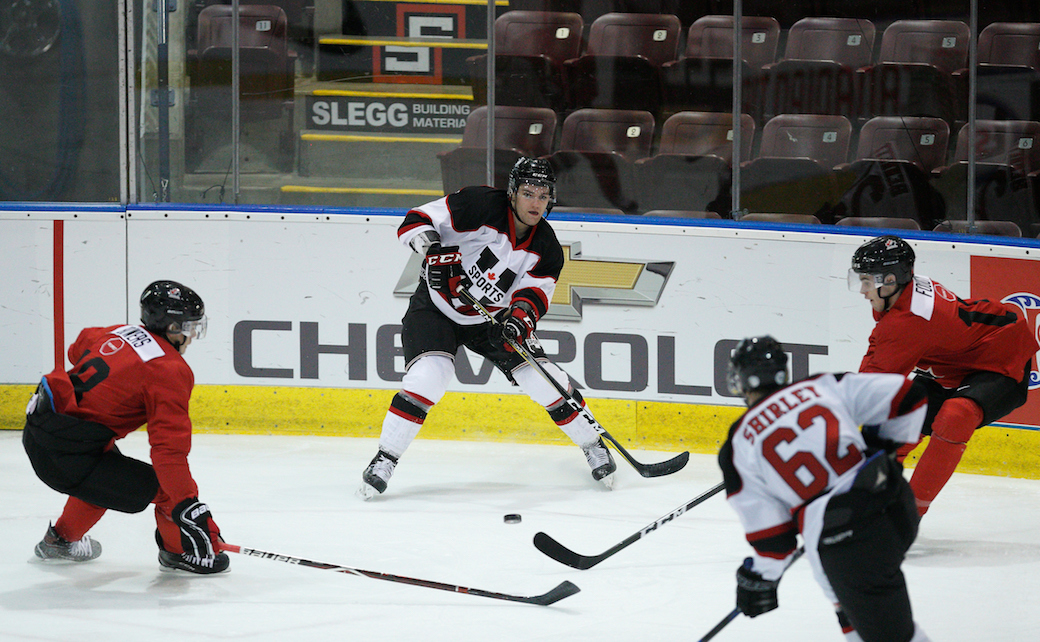 Villalta, vying for a spot on the Canadian World Junior roster, went the distance in goal for U SPORTS and made 28 saves.

Home for the holidays: B.C. natives Jason Fram and Cain Franson back to lead U SPORTS Men’s Hockey All-Stars