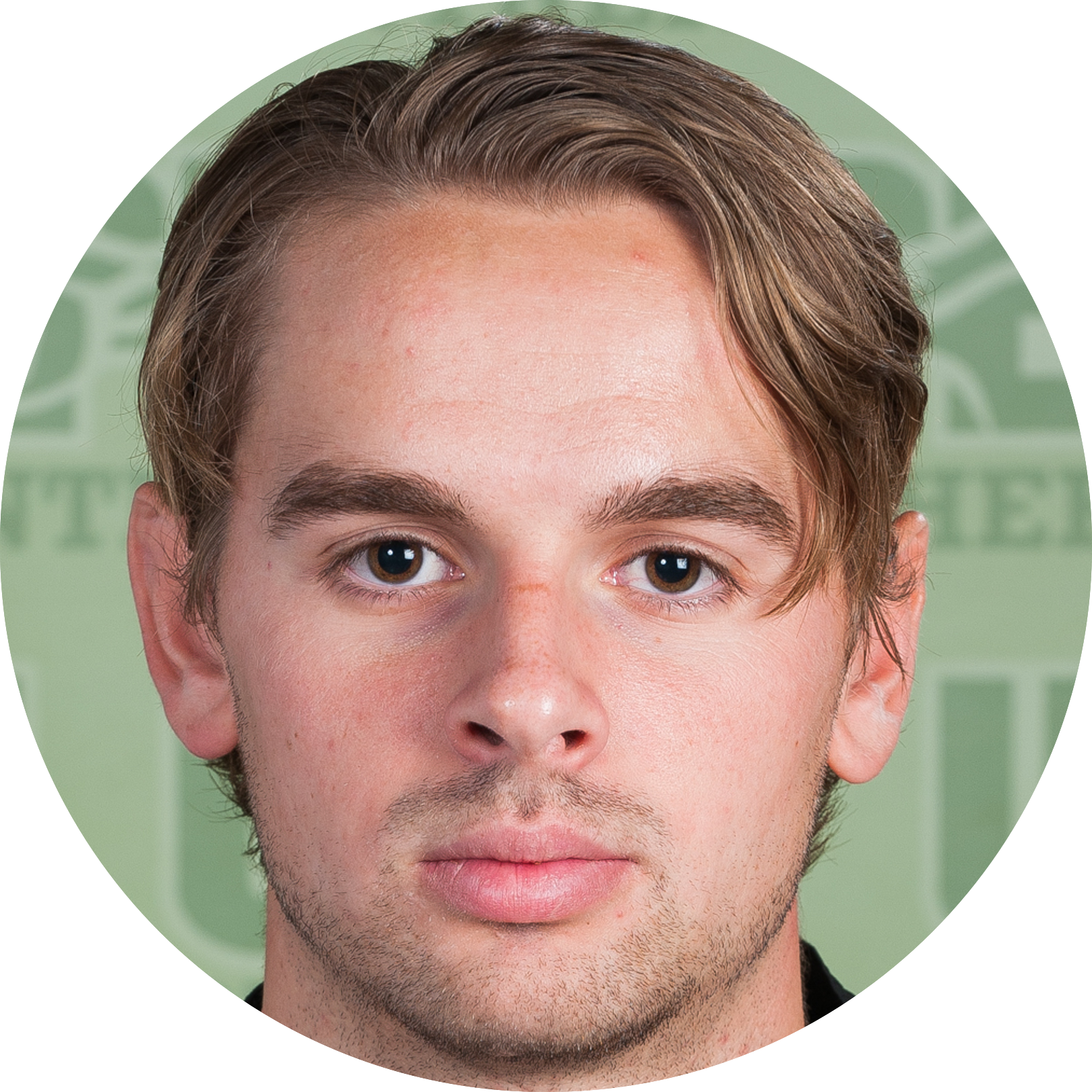 1. What attracted you to UPEI?

UPEI is my hometown university and I went there while I played for the Charlottetown Islanders of the QMJHL, so I was familiar and comfortable with the school. I was also given the opportunity to be a contributor right away, which also attracted me. I’ve loved every minute of playing at UPEI. We’re a close team that has fun and competes hard.

The greatest memories I have as an athlete at UPEI comes off the ice, something I think many team sport athletes can agree upon. The things we do away from the game, such as our bus rides, team golf tournament, or team movie/dinner night, are the memories that stick out. Being able to connect with 23 other guys on a different level is something I will always cherish.

My greatest athletic achievement as a U SPORTS athlete is when I was named UPEI’s Male Athlete of the Year for the 2018-19 season. It was a great honour as there are many high-level athletes at UPEI. Although a very special individual award, it wouldn’t have been possible without my amazing teammates and coaches. UPEI will always have a special place in my heart.

Ever since I arrived at UPEI, my goal has always been to become a pro hockey player. University has given me the opportunity to showcase my talent, while maintaining a high level of education. Some may say I have the best of both worlds – maintaining a degree, while playing the game I love. At the end of my hockey career, the work I have put into my academics will be something I am very thankful for.

My parents are my greatest influence on my hockey career. It’s hard to put into words how much time and effort they’ve invested. The sacrifices they made at such a young age will always be something I’m grateful for and can never thank them enough for.

I would love to have dinner with Tiger Woods. Outside the hockey world, Tiger is one of my favourite athletes. I’d like to just listen to his stories over the years, and pick his brain on winning and overcoming adversity. 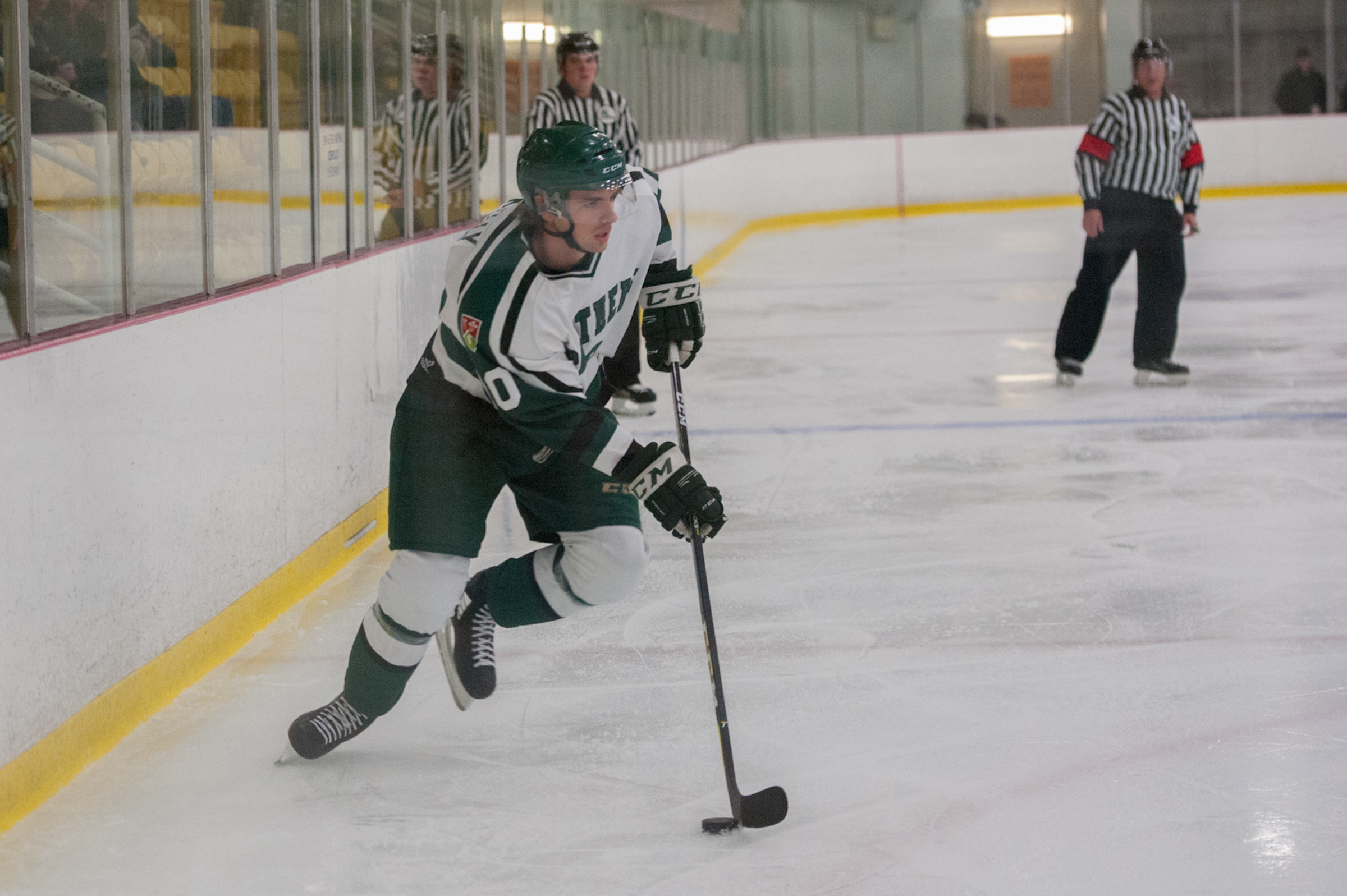 On the morning of game day, I’m pretty relaxed and head to the rink for an early skate. After that, I head home and have my pre-game meal, followed by a nap. When we play at home, I don’t like to change what I eat. My meal usually consists of salmon with sweet potato and rice. After my off-ice dynamic warmup, I like to visualize things. I usually head to a spot in the rink where I can have a couple minutes to myself to prepare. When getting dressed, I always get dressed from right to left. There are a few more things I do when I get to the rink but we’ll have to keep those a secret.

Honestly, I’m bad for putting new music on my phone so I rely on my teammates and girlfriend to help put together some playlists. They do a good job though, with a perfect amount of rap and hip-hop.

If I could try another sport and be successful at it, it would be golf. I think being a pro golfer would be awesome and something I could enjoy.

One of the most embarrassing things that has happened to me as an athlete came off the ice. When I first got traded to Charlottetown, I sat down to do an interview with George Matthews (former Columbus Blue Jackets play-by-play announcer, now with the Charlottetown Islanders), which I felt went very well.

I was still young, at 16, and had done a few interviews, but not a ton. When the interview aired, I was really embarrassed by how many times I said “ya know,” it must have been a record. I said it after everything and didn’t even realize what I was doing. And it came at my expense at family dinners, as I was laughed at in the following weeks. It was similar to Joel Edmunston’s interview during the 2019 Stanley Cup Playoffs, but for 10 minutes instead of 30 seconds. Go check it out, you’ll find it funnier than how I’m describing it.

Getting to know your U SPORTS student-athletes: Tristan Frei Regina Cougars