Kris Bennett of the UNB Reds notched a power-play goal and an assist in a 4-3 losing effort for the U SPORTS All-Stars against Hockey Canada’s World Junior prospects on Wednesday night at the Sixteen Mile Sports Complex.

Bennett redirected a Nikolas Brouillard point shot past Portland Winterhawks goaltender and St. Louis prospect Joel Hofer at the 3:16 mark in the second period to even the game at two. The 2019 University Cup champion also picked up an assist on a third period, game-tying goal by Stephen Johnson under six minutes into the final frame.

It was third consecutive game-tying goal for the U SPORTS All-Stars, impressing the coaching staff with their series-opening performance.

“There was a lot of resilience to our group. We had a good start, had the lead and we had to fight back three times,” said U SPORTS All-Star head coach Gardiner MacDougall of the UNB Reds. “I thought we had a lot of good opportunities there late.”

Hofer and Guelph Storm netminder combined to stop 24 of 27 shots for Canada, while Moncton’s Olivier Rodrigue and Peterborough’s Hunter Jones stopped 17 of 21 while playing for U SPORTS.

In the closely contested battle, Vancouver Giants defenceman and Colorado Avalanche prospect Bowen Byrum scored the game-winner for Canada at 6:52 of the third to put the Canadian side up by a goal.

The tilt was fast-paced from the initial drop of the puck. Mount Royal forward Ryley Lindgren opened the scoring just 52 seconds into the game for the U SPORTS All-Stars, driving the net before shoveling the puck past Hofer. It would end up being U SPORTS’ only lead for the rest of the contest. 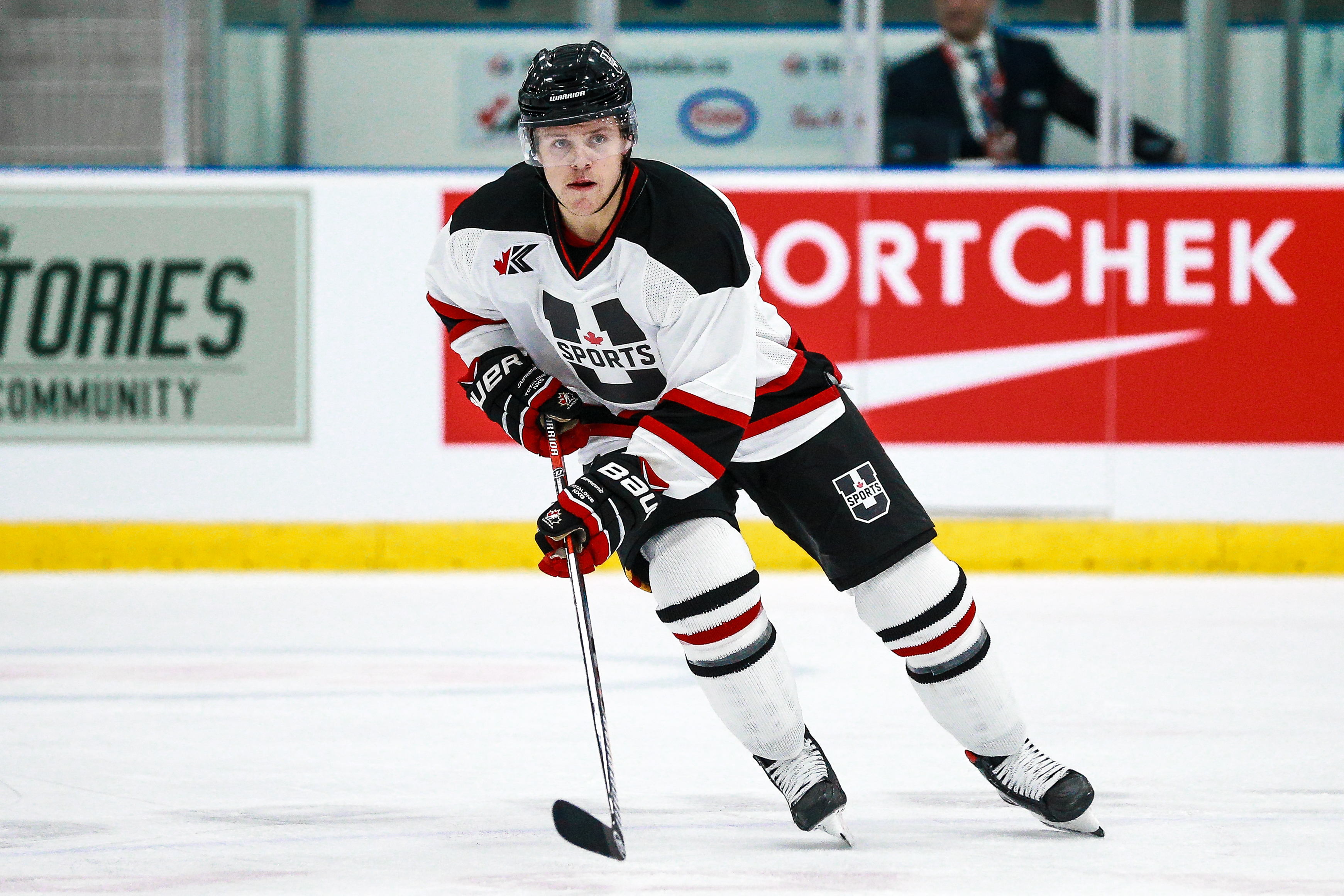 Ottawa 67’s blueliner and Arizona Coyotes prospect Kevin Bahl quickly answered back for Canada, tying the game at one apiece with an unassisted marker at 4:13.

The Canadian Junior prospects claimed their first lead at 6:28, with a tip-in goal by 2020 draft-eligible Dawson Mercer of the QMJHL’s Drummondville Voltigeurs. 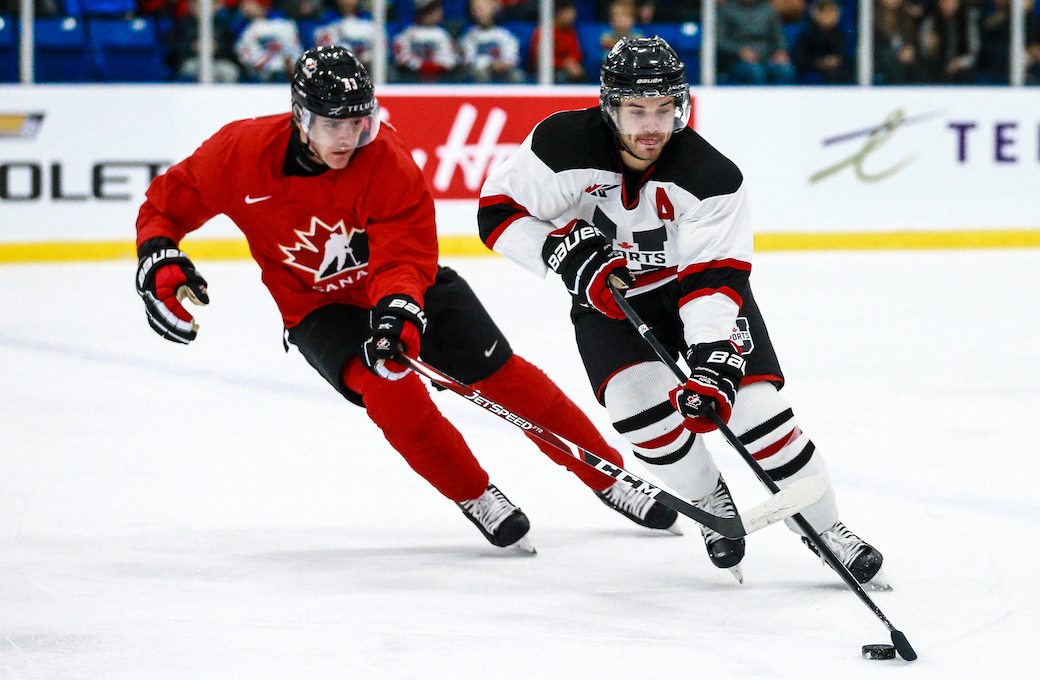 With 90 seconds to go in the second period, Tampa Bay Lightning prospect and Kelowna Rockets captain Nolan Foote found the back of the net on the end of a passing play with Quinton Byfield and Braden Schneider, putting Team Canada up 3-2.

Then just under six minutes into the third, Johnson knotted the game again at three.

MacDougall believes he has a team that can both be competitive for Team Canada and showcase the talent Canadian university hockey offers.

“It’s a double purpose, we want to be the best we can and represent the U SPORTS name,” said MacDougall.  “On the other side you want to provide a real good opponent for our World Juniors.”

Hockey Canada’s National Junior Team has faced various U SPORTS competition on a regular basis since 1988. Since a U SPORTS national all-star team began participating in December 2015, U SPORTS holds a 5-4-1 record.

The U SPORTS Men’s Hockey All-Star Series continues at the Sixteen Mile Sports Complex in Oakville on Thursday at 2 p.m. ET / 11 a.m. PT. Livestreaming is available on USPORTS.LIVE.