Ryerson forward Mathew Santos and Alberta forward Trevor Cox scored just under four minutes apart in the first period to lead the U SPORTS All-Stars to a 2-1 victory over Hockey Canada's World Junior prospects on Thursday afternoon at the Sixteen Mile Sports Complex in Oakville, Ont.

The win earned U SPORTS a split with Team Canada to close out the Sport Chek Selection Camp, improving their record to 6-4-1 since a national all-star team began participating in 2015.

Canada’s head coach Dale Hunter applauded the U SPORTS All-Stars for their terrific play throughout the series.

“U SPORTS is a tough team and they play hard,” said Hunter. “They’re skilled players. I’ve seen a few come through the junior ranks and it’s a good challenge for us. It pushed our kids to the limit.” 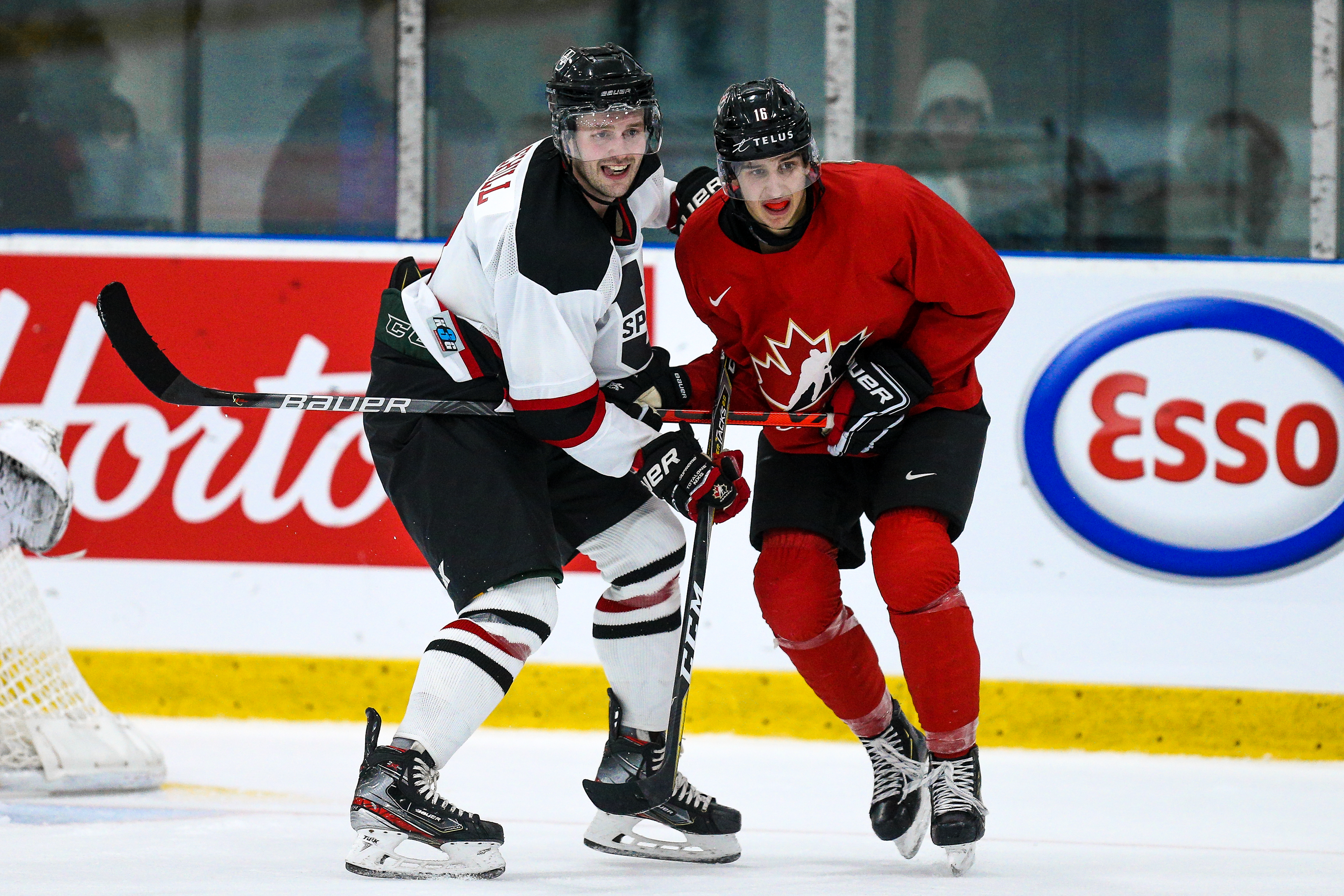 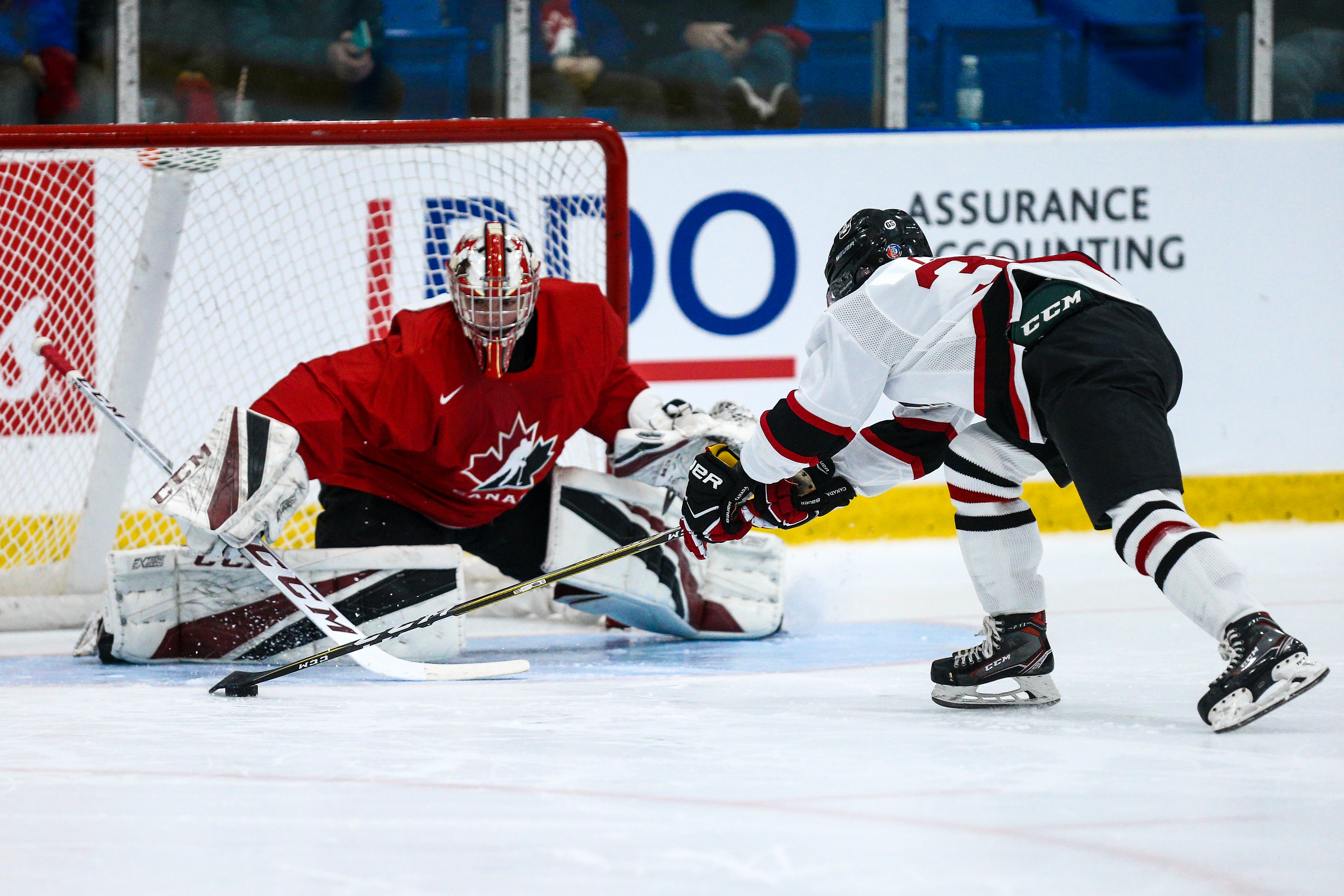 Santos opened the scoring for the U SPORTS All-Stars at 6:45 of the opening frame on the power play with a powerful slap shot from the point. McGill defenceman Nikolas Brouillard and UNB forward Tyler Boland picked up assists.

“That was a nice power play set up,” said Santos. “I saw a little space, so I wound it up.”

Just past the midway point of the frame, Cox took advantage of a neutral zone turnover by shoveling a pass from Saint Mary’s forward Stephen Johnson past Jones.

Boston College forward and Colorado Avalanche prospect Alex Newhook answered back for Canada 41 seconds later, bringing the game to within one.

For the remaining two periods, U SPORTS limited Canada offensively holding them without a shot for 13 minutes in the middle frame.

“We’re getting older, but we’re not backing down,” said Saskatchewan Huskies forward Collin Shirley, who previously captained the Kamloops Blazers of the WHL.

Draft eligible forward Dawson Mercer of the Drummondville Voltigeurs nearly equalized for Canada with less than three minutes to go in the second, ringing a shot off the post. But Canada was unable to get any closer.

Team Canada will finalize its roster before taking to the ice at 2020 IIHF World Junior Hockey Championship in the Czech Republic from Dec. 26-Jan. 5, while the U SPORTS regular season resumes with CW, OUA and AUS action from Jan. 2-4.

The 2020 U SPORTS University Cup will be held Mar. 12-15 at the Scotiabank Centre in Halifax. 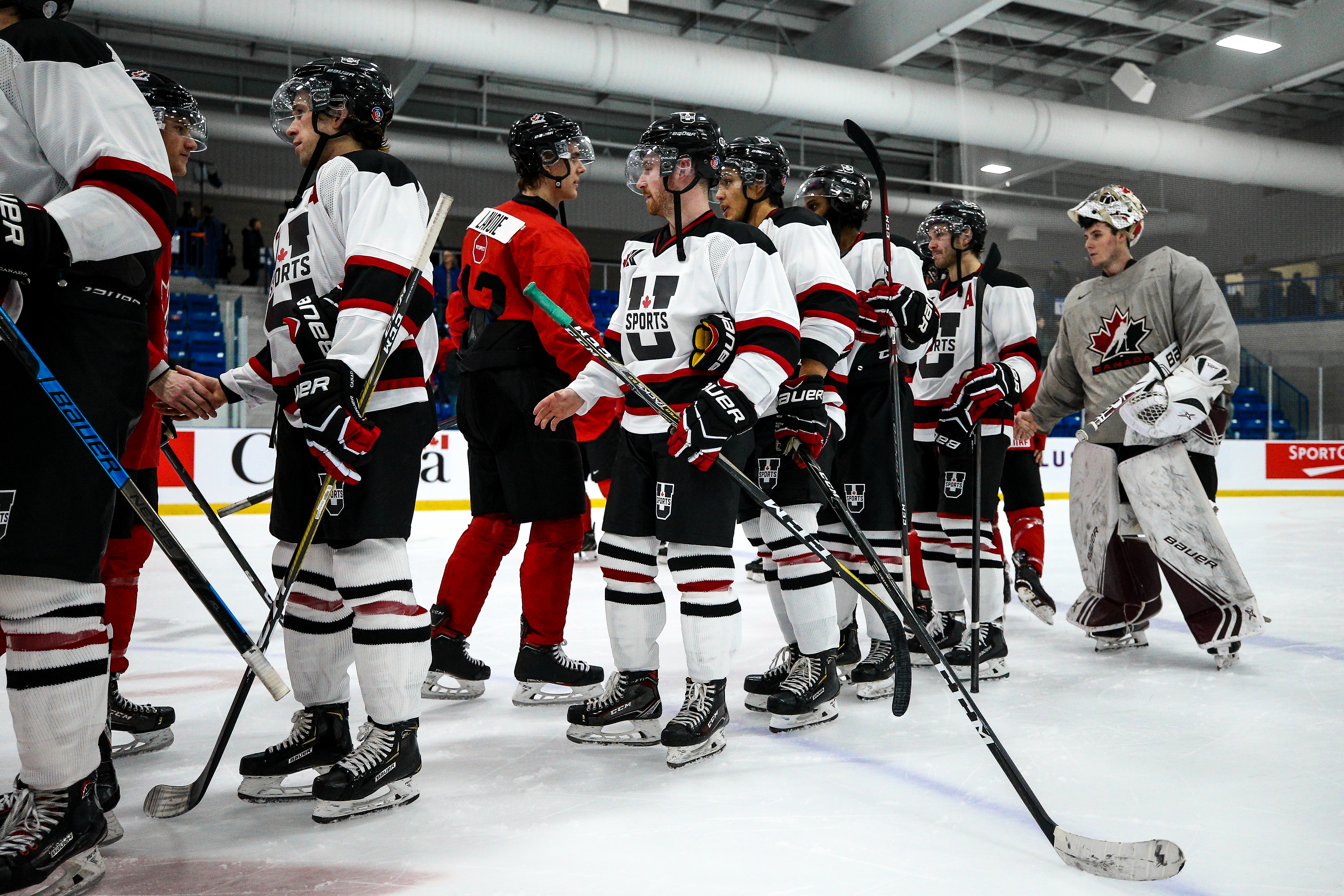 From the Bears to Beijing: Former U SPORTS All-Star Fram’s journey to professional hockey in China