Last season, the Toronto Varsity Blues finished one point ahead of the Lakehead Thunderwolves and Waterloo Warriors, earning them the eighth and final playoff spot in the OUA west division. This year, the team clinched a playoff berth in January.

One of the most storied programs in the nation has found their stride again under the leadership of head coach Ryan Medel.

Currently, the team owns the top seed with 40 points and the No. 4 ranking in the nation with a record of 19-3-2. But more remarkable than their stellar record is that the team has been essentially unbeatable since October.

After losing back-to-back games in the first month of the season – dropping their record to an even 2-2-0 – the Varsity Blues have lost just one other game in regulation since to the Laurier Golden Hawks on Saturday.

At one point, the team rattled off 14 straight victories. Their only other losses this season are in overtime to Ryerson and Western in 2020, giving the team a 19-game point streak and without a regulation defeat in three months before this past weekend. 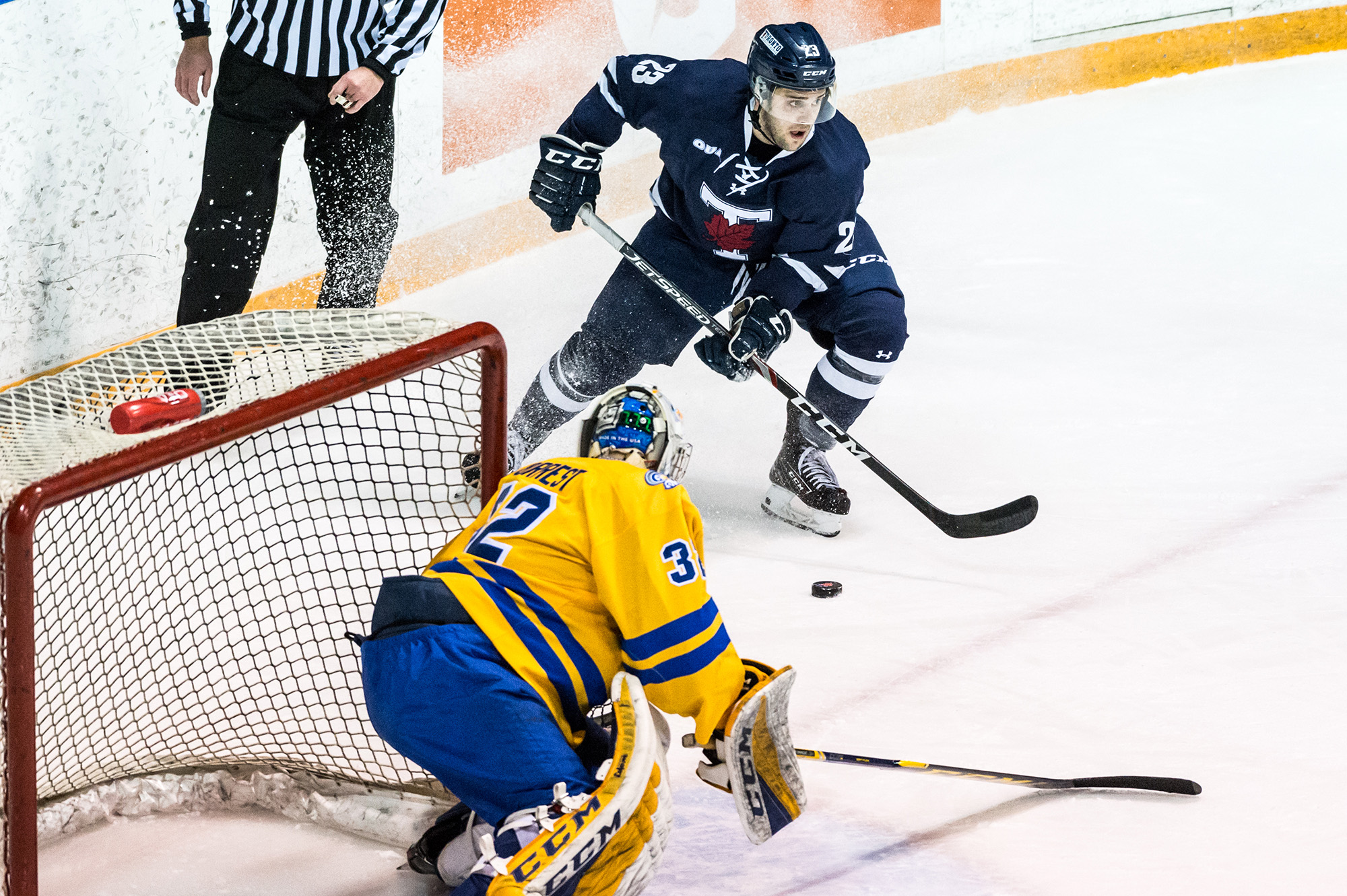 Needless to say, the atmosphere in the locker room is pretty strong right now – and their on-campus reputation is growing.

“It's been really good,” said second-year forward David Thomson on the team’s run of late. “I think the last time that U of T has…(won 14 straight) was the '73-'74 season. So, there is a little bit of buzz around all the athletes and around campus and stuff.”

There is more history at stake for one of the oldest and prestigious men’s hockey programs in the nation this season. The Varsity Blues have the most OUA Queen’s Cup titles with 41 but haven’t captured the conference title since 1992. That also happens to be the last time the team played in the national tournament – where they have won the David Johnston University Cup 10 times in 13 appearances. Both marks rank second to only the perennial powerhouse Alberta Golden Bears, and just ahead or tied with the country’s other annual contender, the UNB Reds.

After several years away, the Varsity Blues are indeed back.

But the highs they’ve experienced this season are earned, not given and it’s worth recounting their recent struggles. The team did not make the playoffs in 2016 or 2017. Last season, they were swept in two games by Ryerson in the first round best-of-three series. 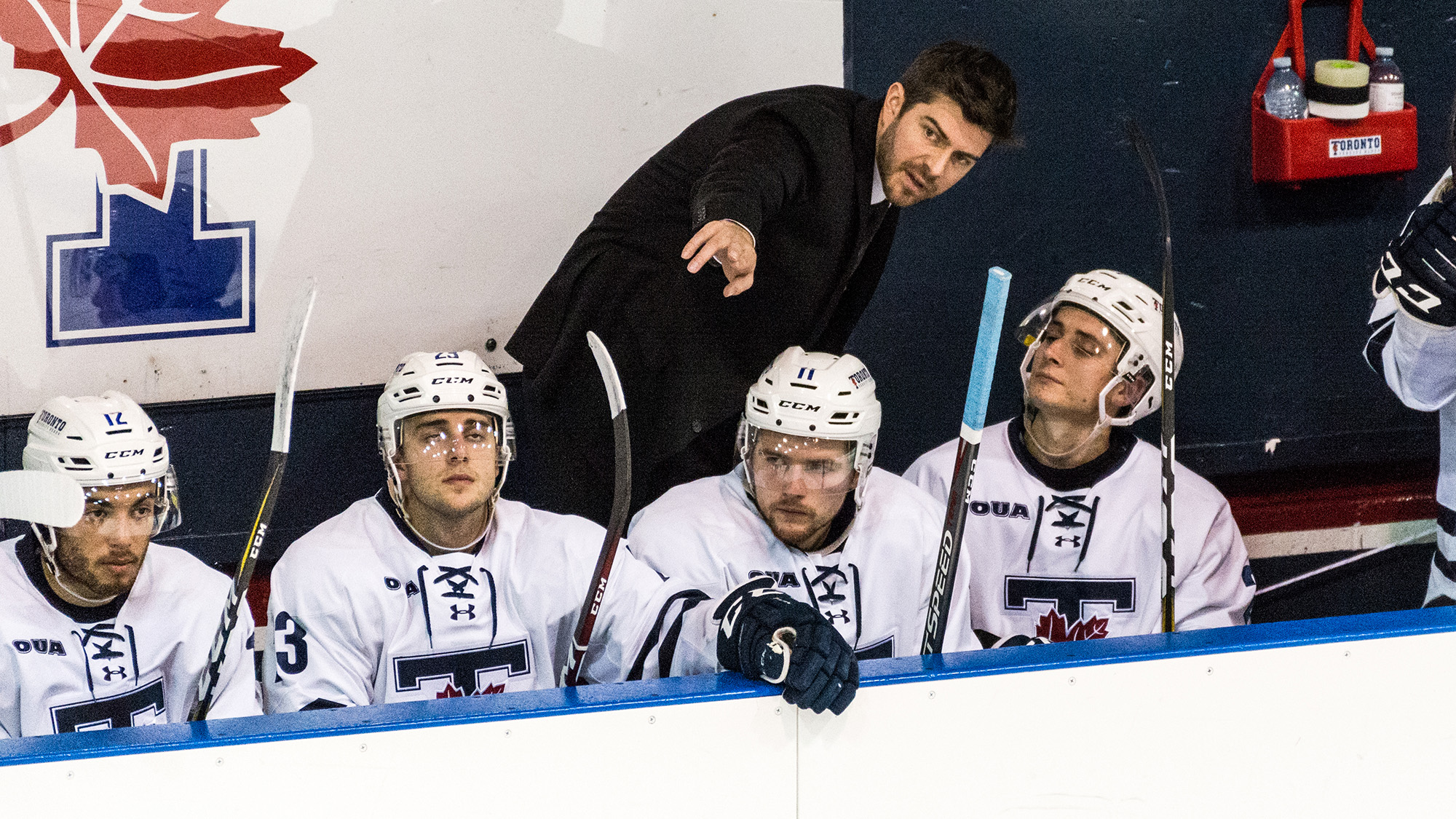 Those losses and rebuilding years have helped shape this roster and the work that Medel has put in towards changing the culture of his team is starting to show.

When he accepted his first head coaching role at the university level, Medel put an emphasis on developing the same type of winning culture he experienced as a coach and player with the Carleton Ravens.

The bench boss explains that he wanted to lead a program that allowed for both personal improvement and team success.

Thomson explains that part of what drew him to U of T was Medel’s belief that the Varsity Blues could help mold the forward’s game to match the demands of a professional league. The OUA’s second-leading leading scorer pointed specifically to his improvement in the defensive zone this season as a way that Medel’s staff has helped him take strides towards his goal of playing professionally. 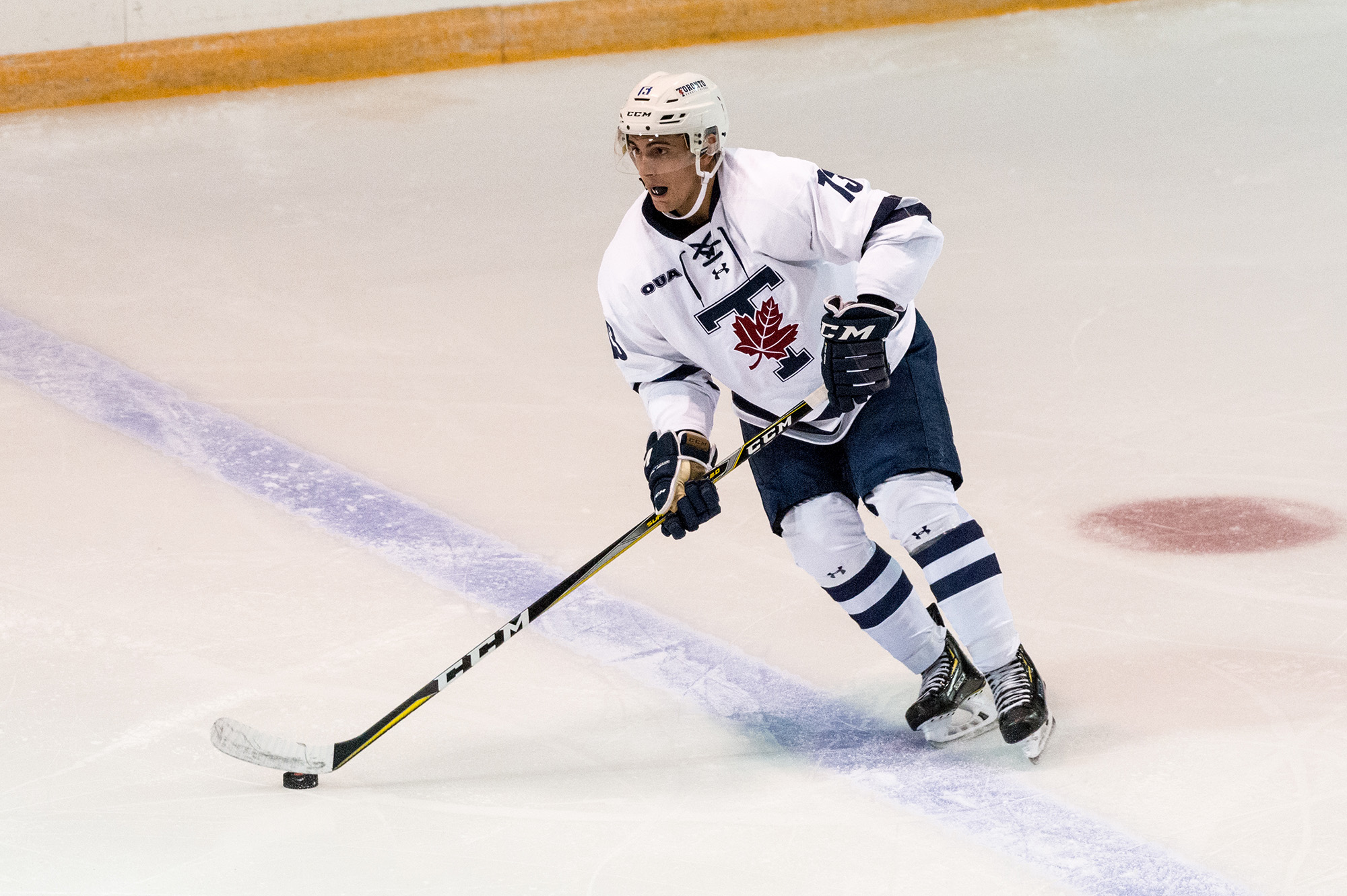 Ultimately, the culture that Medel has cultivated is driven by process, rather than results, according to captain Willy Paul.

"It’s just an everyday thing. When we're coming in to, whether it’s a workout, skate, film, whatever it is, we do everything for a purpose – we're not just going through the motions,” Paul explains. “Every single thing we do, we do it for a reason and we do it to the best of our abilities.”

And seeing their work convert to on-ice success has made this season extra special for the team’s veterans.

“The old cliché where it's ‘you gotta lose before you learn how to win.’ We went through those times where it sucked,” Paul continues. “It's not as fun when you're not winning, so those learning years really helped I think.”

The attention to detail and intense focus on all aspects of their game shines through in how this team plays. Where some groups may find success through an overpowering skill – a suffocating defence, an incredible goaltender or a high-flying offence – this team has everything. 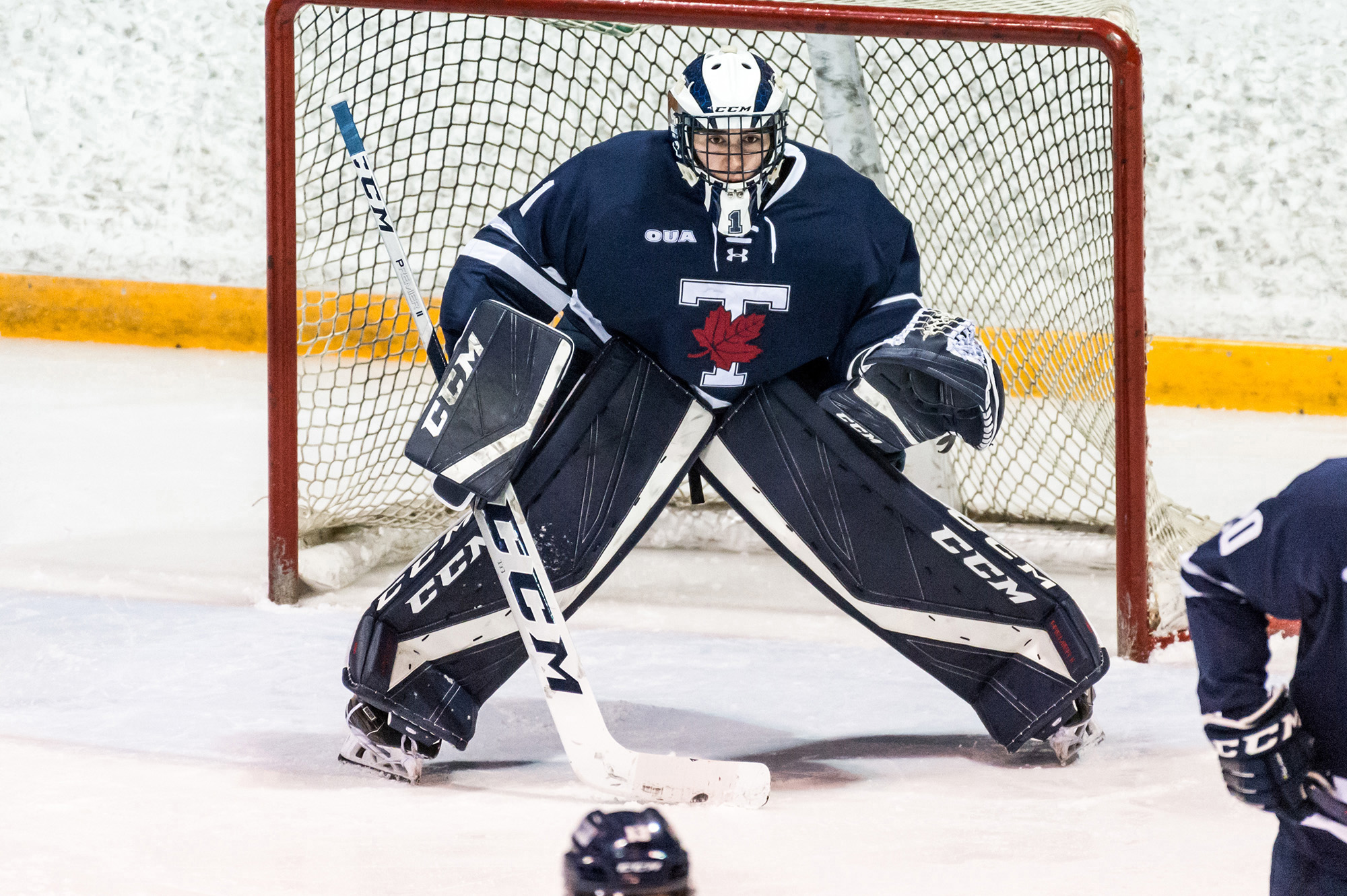 To date, the Varsity Blues are top-five in the nation in several major statistical categories, including the No. 1 power play in the nation.

Even though this team has earned the right to praise themselves and enjoy their success, coaches and players remain cautious – they know that the regular season is just a tryout for the playoffs.

And that’s what Medel chose to emphasize last week.

“Definitely, it's been an enjoyable year, but we're not taking anything for granted.” 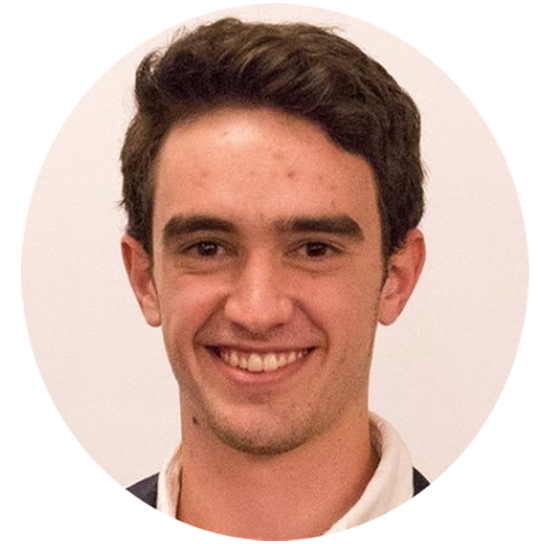 Charlie is a fourth-year english language and literature student at Western University in London, Ont. He currently serves as the Senior Sports Editor at student newspaper, The Gazette. Charlie also has published work for Fansided’s Jays Journal, Junkture Magazine, and The Globe and Mail.

Top 10 Tuesday: Spartans back on top in women’s volleyball