WOLFVILLE, N.S. (U SPORTS) – Simon Lafrance struck for a pair of goals including the game-winner at 14:18 in the second overtime frame as the UQTR Patriotes team topped the Alberta Golden Bears in a close 5-4 double-overtime victory in the Gold Medal game at the 2022 U SPORTS Cavendish Farms University Cup on Sunday at the Andrew H. McCain Arena.

In the marathon game, the Golden Bears outshot the Patriotes 70-40.

UQTR goaltender Alexis Gravel stopped 66 shots in the contest, while Alberta’s Taz Burman made 35 saves in the losing effort.

"His performance was exceptional; he gave us a chance to win,” said Lafrance of his goaltender, Gravel. “Every game he plays he gives us a very good chance to win." 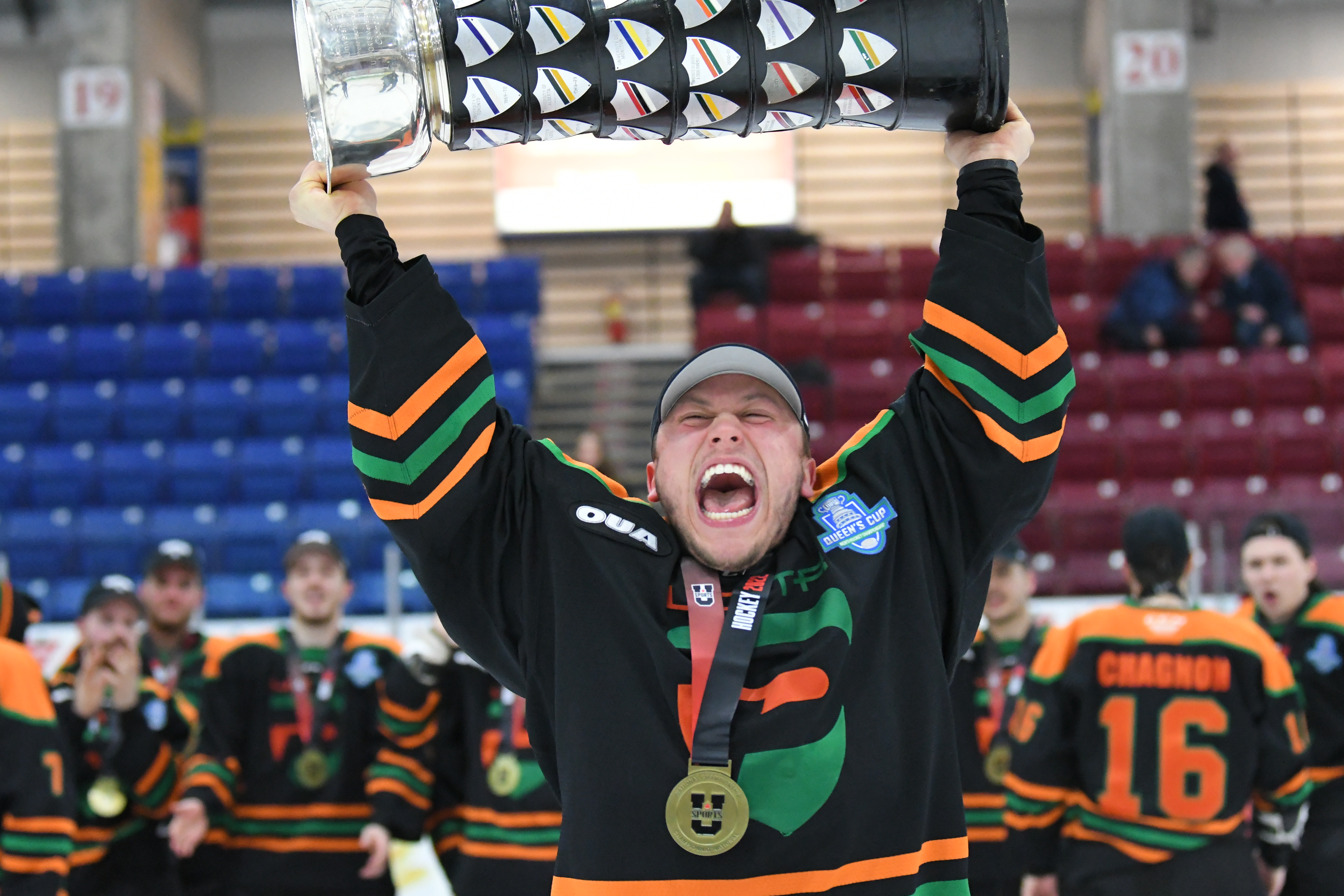 It seemed like Alberta’s game to lose for most of the match, but UQTR dominated the third period by scoring two goals to force extra time.

Outside of trailing for 6:10 in the first period against StFX in their semifinal match, the Golden Bears never trailed in the tournament until Lafrance’s game-winner. They jumped out to an early lead with a first-period goal from Fonteyne.

Despite not holding a lead in the game until the overtime winner, UQTR never went away. Jordan Martel scored on a partial breakaway 15 seconds after the Golden Bears went up 2-0 in the first. Loik Leveillé added a five-hole marker at the midway point of the third and Simon Lafrance added a power-play marker late in the period to tie the game at 4-4.

This is the first appearance in the final of the University Cup and the first title for the UQTR Patriotes since 2003 when they beat the StFX 3-0.

"The emotions came very quickly. I've been playing for Les Patriotes for three years with these guys. I shed a tear and the emotion was strong,” said Lafrance. "We're going to celebrate in Trois-Rivières next week, that's 100% certain." 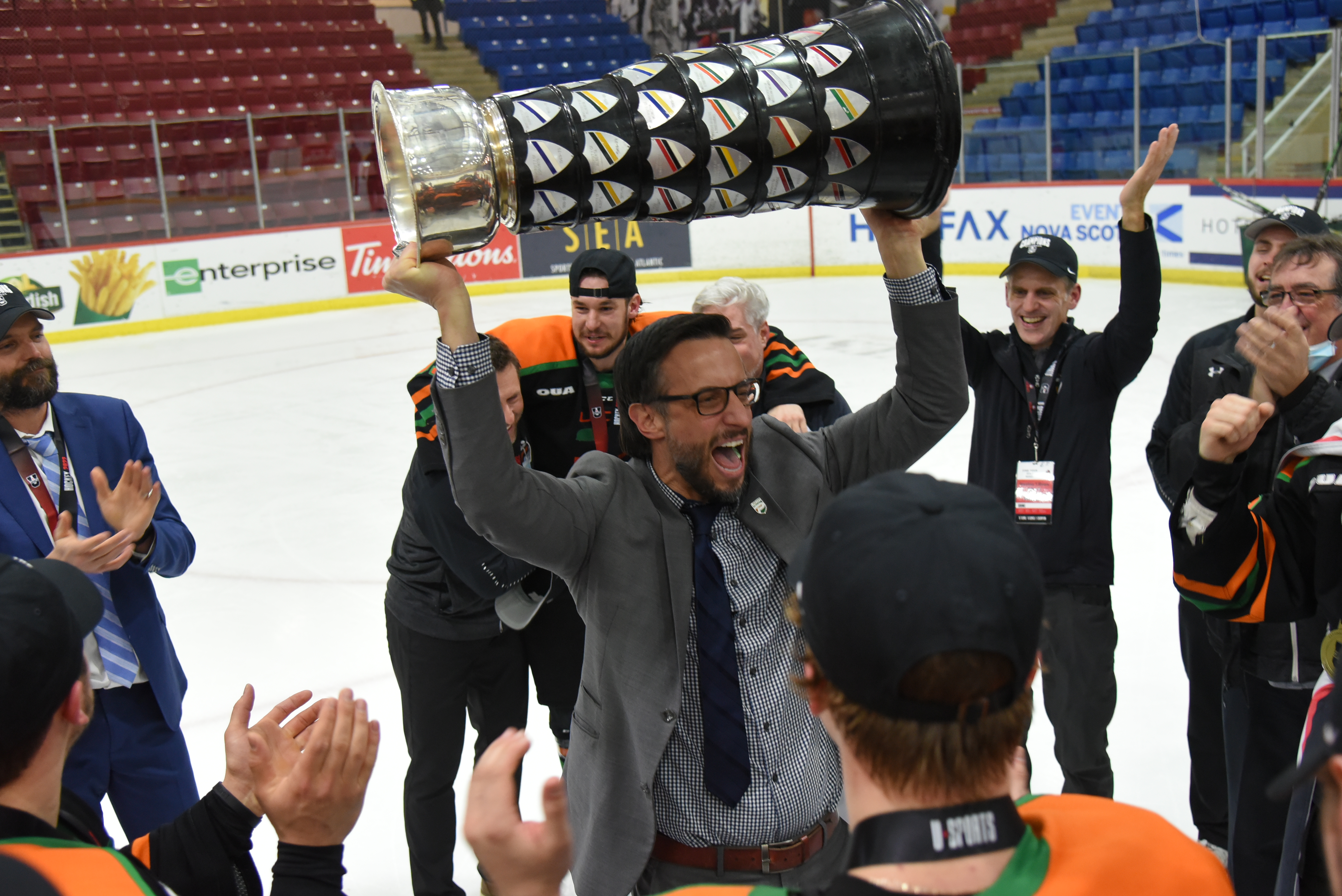 The Patriotes finish their season first in the country while holding a 19-3-2 record, while the Golden Bears end their year with a 24-4-1 record. 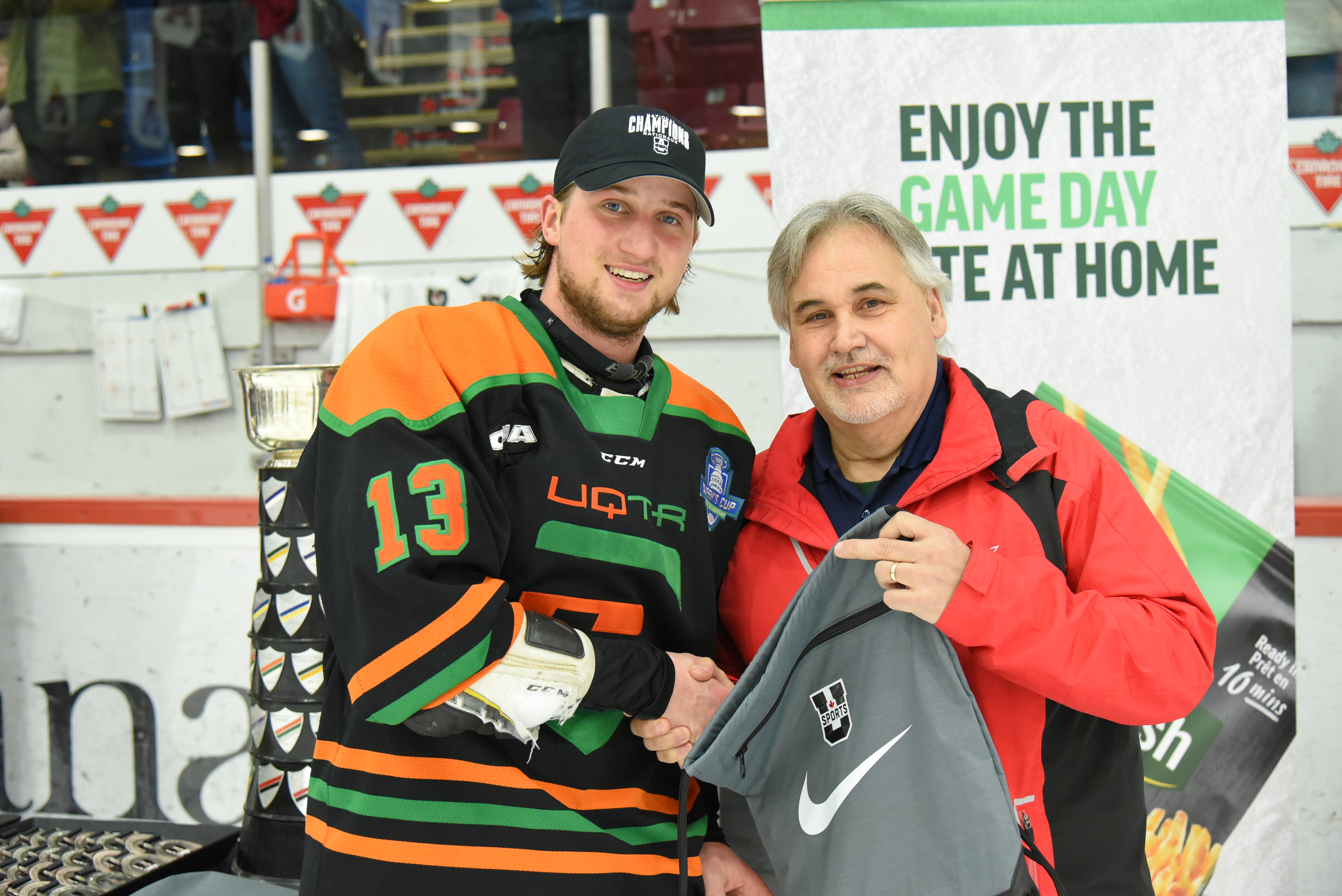 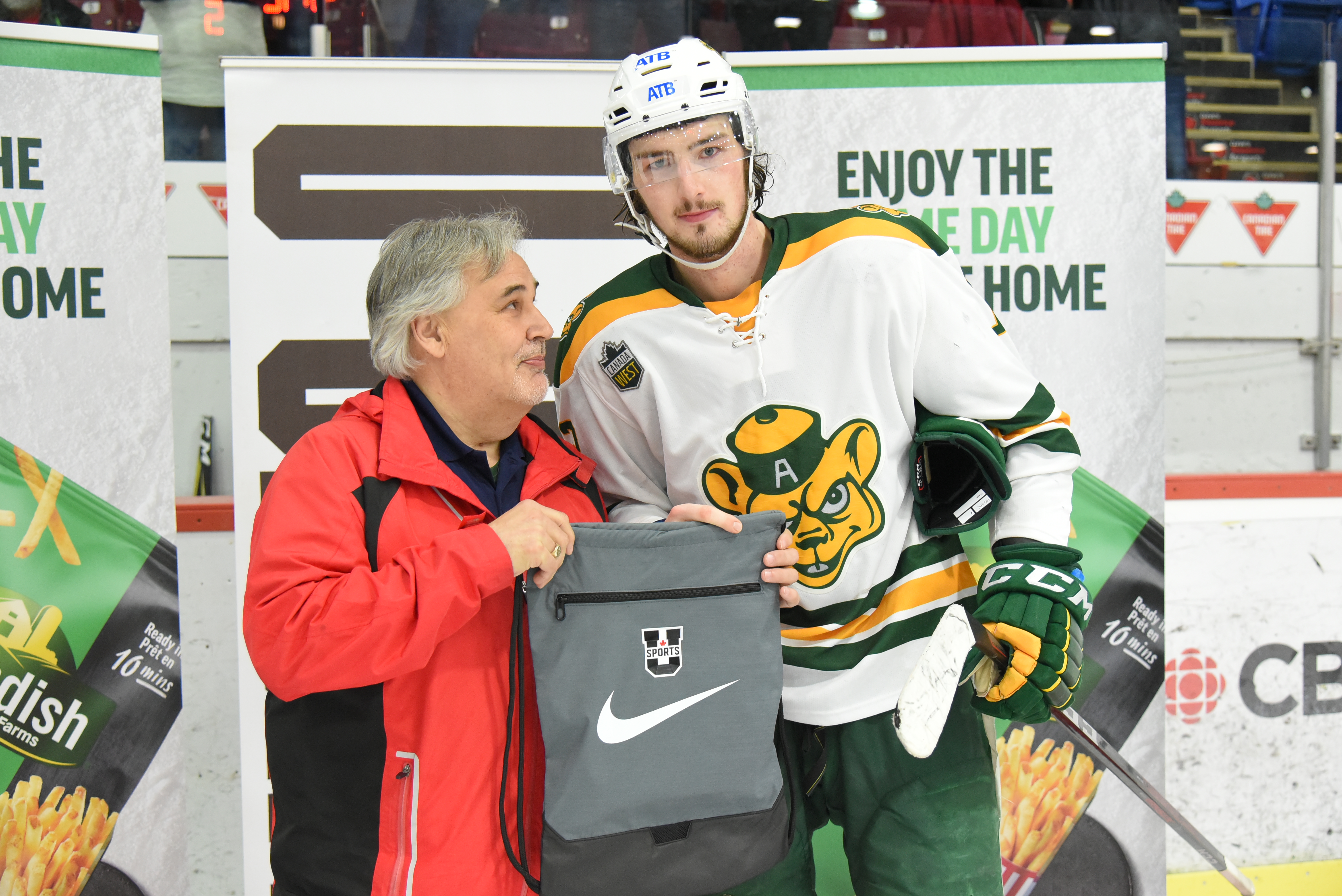