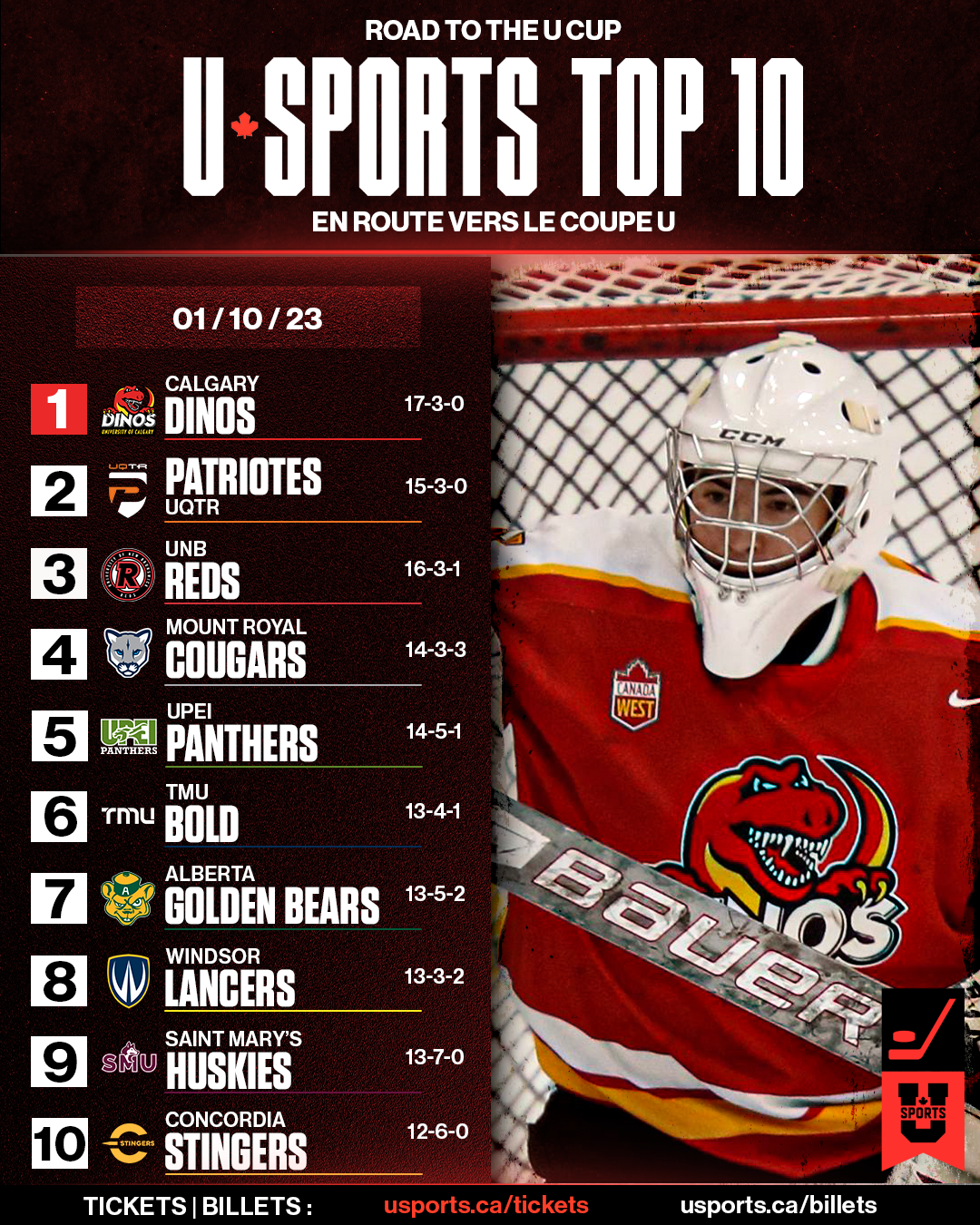 U SPORTS announced today the Top 10 ranking in men’s hockey for the period ending January 8, 2023.

The UPEI Panthers (14-5-1) held off a late comeback attempt to defeat the then-ranked No. 1 UNB REDS (16-3-1) 5-4 in AUS action on Saturday night, following Wednesday’s overtime win over Moncton Aigles Bleus to start the new year strong. With these wins, UPEI climbs one position to No. 5 and knocks UNB to No. 3.

The Calgary Dinos (17-3-0) move to the top of U SPORTS men’s hockey ranking after back-to-back wins over MacEwan Griffins on Friday and Saturday.