The Svoboda sisters’ rugby story began on a touch rugby league for their home club team, the Belleville Bulldogs Rugby Football Club. Twins Sara and Katie, blazed the trail and Tia, unhesitant, quickly followed. Their father not only introduced them to the game from a young age, but he played a significant role in starting the Bulldogs program.

I honestly didn't know if any of my girls would go on to play rugby at a really meaningful level, At the behest of my wife, thank God, they all played hockey first plus were great at soccer. It wasn’t until high school that they committed fully to rugby. They were good at everything.

The sisters have worked hard to attain their skill level, but they stem from a strong and athletic background within their family. Their mother, Michelle Svoboda, was an OUA gold medalist in gymnastics and captained the Marauders women’s rowing team as a McMaster student. Their uncle, Karl Svoboda, won three OUA men’s rugby titles while playing at the University of Toronto. He also played rugby for Canada for 10 years, including the first three World Cups. Their father, too, played for the senior men’s national team, who had 24 career caps with the side.

It is evident that the sisters stand on the shoulders of the giants who came before them. Following in their parent’s footsteps, they chose to pursue their university athletic career as Marauders at McMaster University.

I chose McMaster because I felt like a part of a family the minute I visited the school for the first time, and the minute I stepped onto the field after one of my sister’s first games. 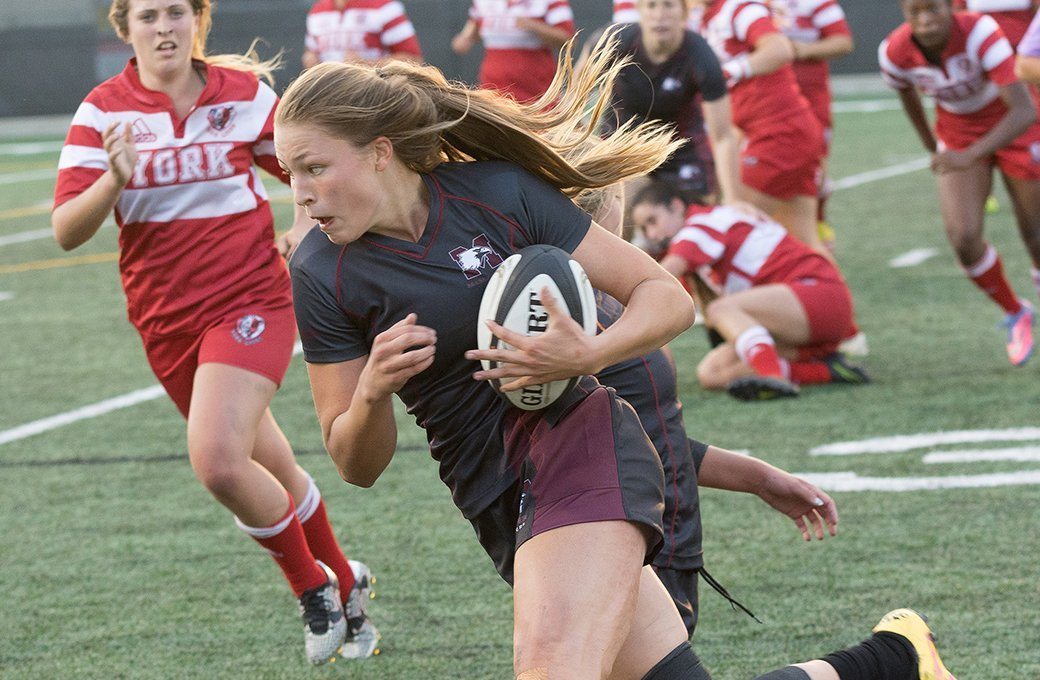 “Katie considers herself “lucky to get to play with both sisters at this level.”

Sara is thankful for the training partner she can find in Katie and expresses excitement for what awaits Tia in the coming years as she dons the Marauders maroon. It truly is a family affair.

Their accomplishments extend to the national level as all three sisters have played for team Canada in some capacity. Sara was named as a non-traveling reserve to the 2017 World Cup squad; Katie played in the women’s rugby Super Series vs. England in Salt Lake City, Utah in 2016 and Tia won a silver medal at the Youth Commonwealth Games in Samoa with the U18 Canada 7s team.

I believe it was that moment wearing that silver medal, surrounded by my fellow teammates that I knew rugby was my sport. 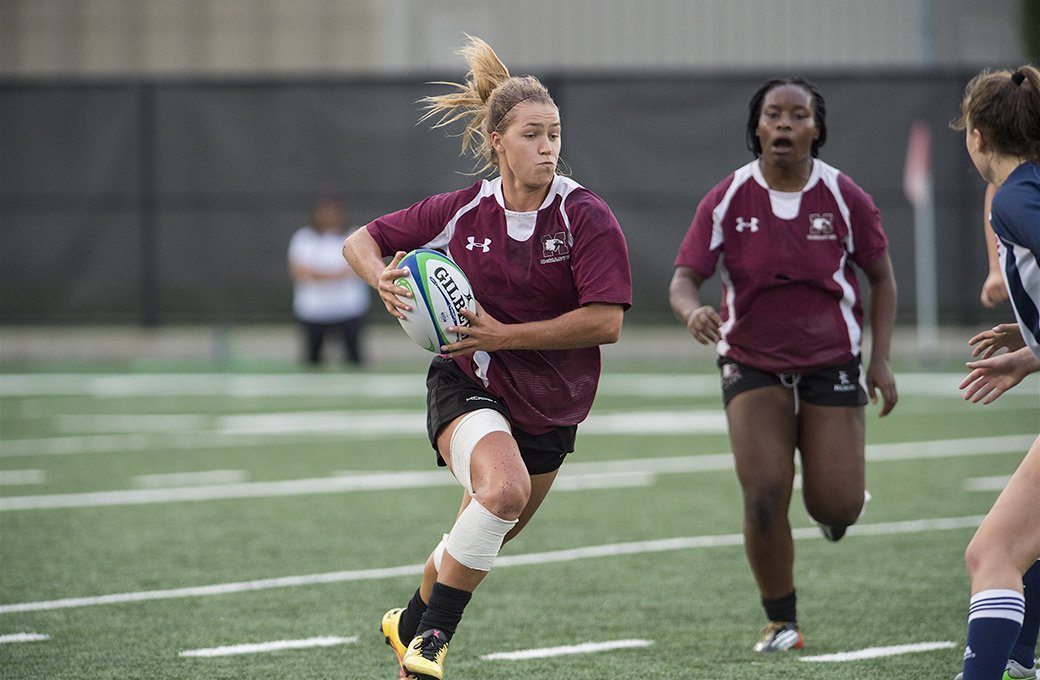 Hard work is not uncommon to these sisters. Their work ethic has been honed from a young age and continues to yield results academically and on the field.

Whether it means grabbing a sister for a kicking session after practice or constantly asking clarification questions to the coach before, during, and after practice, Sara understands that, “Using every available minute to hone my skills and become a better player every day is key to gaining that competitive edge.”

Both Katie and Tia express that if you don’t go hard during practice, as if you were in game mode, you are essentially wasting your time. The work doesn’t stop once the season stops either; one secret to their success is their dedication to training during the summer.

The sisters garner inspiration from players such as Canada’s Karen Paquin, New Zealand’s Sarah Goss, France’s Marjorie Mayans, and their very own uncle, Karl Svoboda. Paquin’s “speed, smarts, and work rate as a back row player is something I aspire to embody,” says Sara.

Before each game day approaches for them, the sisters take their meal time very seriously. Even with all the time, energy, and hard work put in to prepare for a game, pre-game rituals are very important for Sara.

“I can be pretty superstitious...even when it comes to diet...so this year I became a big fan of pre-game stir frys,” she says. On other days, she can be found eating “at least four small meals a day to keep refueling my body.”

While Sara swears by her stir-fry, Tia is content with “lots of chicken.” Katie opts for a diet similar to her father’s, that of a “seafood” diet, the food she sees, she eats. “I am always hungry,” she shares.

As they continue in their rugby careers, all three sisters have high hopes and expectations for themselves. Sara, who was named the 2017 OUA Shiels Division Player of the Year on Thursday for the second straight season, joins Tia as they desire to win another U SPORTS Championship with their team.

I cheered on my sister’s when they won nationals, and I would love to experience this first hand alongside my sisters.

Gratitude abounds when the sisters consider the influence their dad has had on their rugby careers. In their parents they find faithful cheerleaders and loving supporters.

“Dad and Mom have always supported us from the first game of high school rugby to our university and national careers. One-hundred per cent attendance at our games, they are our super fans,” Katie says.

They recognize the pruning provided by their parents which has enabled them to be the competitors that they are today. Paul Svoboda says that his daughters are his inspiration.

He has often told them, “Rugby is the greatest sport on earth. But, you only get out of it what you put in. You are in control of these things: 1. Personal fitness; 2. Commitment; 3. Skill development. The sky, after that, is the limit.”

His girls have heeded his words and seek to continue living out the Svoboda legacy.

Josie is a journalism student at Concordia University and is a regular contributor to the university newspaper The Link as well as Her Campus Concordia. She has grown up within the sports culture and she loves playing, watching, and writing about sports. She finds inspiration not only in the dedication of the athletes, but also in the passion of the fans.