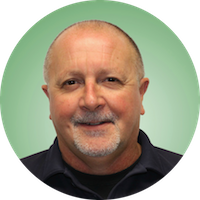 1. How did you first get involved in coaching? What was your path to your position as head coach of the Trent Excalibur?

I first started coaching when I came to Canada in the 1990s. The high schools I taught at were all in need of people who understood rugby, and being from New Zealand where rugby is the national sport, it was a natural fit for me. A great way to add to the school community, and also work with motivated students on a different level outside the classroom. Club rugby and provincial rugby coaching followed over the years, and now the opportunity to coach at Trent provides me with a new coaching experience and challenge.

2.  Who are the people that have influenced you most as a coach?

I have worked with so many rugby people over the years, they are too numerous to mention. Rugby people tend to be awesome people to be around. They are tough and uncompromising but extremely passionate about the sport with no shortage of humour and jocularity along the way! The respect for your opponent that rugby teaches is one of life's best lessons. So rugby people in general have had the biggest influence on me.

I always aim to be a player-centred coach, where I want to give the decision making on the field to the players themselves. It takes time to develop systems and situations in training that then come to fruition in the game itself. It is a process that never ends. When players start thinking the game for themselves, and taking ownership for their success as a team, then true player-centred rugby is achieved.

Again, I have worked with so many great coaches over the years. Each one I steal a bit of info from, to add to my coaching arsenal. What Brian Meindl of Trenton High School has achieved in the last 12 years is amazing: Seven Ontario provincial girls’ and four Ontario provincial boys’ titles in that time. He made the rest of us who coach high schools in the Bay of Quinte area have to get better just to compete with his teams.

I really like to experiment with players in different positions. Often a player will come to a tryout and say, “I'm a flyhalf” or “I'm a fullback.” They are usually reasonable in those positions. But when you place them as say a lock or a flanker, and they excel immediately into a top prospect in a very short time, it is really satisfying for all involved.

While winning Ontario provincial and national provincial age group titles with really motivated athletes has been awesome, I think the coaching experience I am proudest of is when we, a group of local rugby playing Dads, set up the Belleville Bulldogs Touch Rugby league back in 2003. We all wanted our kids to play before getting to high school, so we decided to start a Grade 5-8 league so kids in our area could get to experience what rugby was all about, without the contact aspect getting in the way.

Seeing so many kids get this grassroots experience has been awesome, and the program has really helped build high school and club rugby in our area. Five players have so far received national age grade and senior honours, and somewhere around 40 have played provincial age grade rugby, just from this one program.

Give it a go! Don't be afraid to make a mistake. Always be positive even when things are tough. Listen and learn from others. Work on and control the things you can. Physical fitness, eating well, being a great teammate. If you want more playing time, earn it the hard way.

Parents: Support your kids regardless of the level they get to. Help them through the tough times. Also, respect for other team players, coaches, officials and opponents is paramount in this sport and must always be maintained, especially when the results or outcomes don't go your way.

Having my own kids Jess and Kaelan, and having been involved with them going through junior, high school, club, university and provincial programs has given me a great perspective of what it takes for an athlete to develop and achieve to their potential. I think the day I stop learning from others as a coach is the day I will no longer coach.

Seeing the success of my kids as they have matured from being kids to adults is No.1. Enjoying a few relaxing cold ones on a deck or a dock with good friends, while observing my kids from afar, is a close second!

What happens on tour stays on tour! Nothing too bad as of yet, but never say never, I am sure my time will come. The rugby Gods have a funny way of evening everything out.

It’s a long way to the top: #CHAMPSZN ends with several new champions