U SPORTS announced Friday that it has partnered with Gilbert Rugby Canada as its Official Rugby Ball Supplier for the 2018 season.

As the official Rugby Ball Supplier of U SPORTS, Gilbert will provide match balls and other prizing to the 2018 U SPORTS Women’s Rugby Championship.

The Gilbert brand has cemented its place in the game, supplying several international events at the highest levels. We are excited for our student-athletes to compete with the same standard available to the game’s elite.

“U SPORTS is proud to partner with Gilbert Rugby, the world leader in rugby ball production,” said U SPORTS President and CEO Graham Brown, a former executive with Rugby Canada. “The Gilbert brand has cemented its place in the game, supplying several international events at the highest levels. We are excited for our student-athletes to compete with the same standard available to the game’s elite.”

Gilbert Rugby has supplied the last six consecutive Men’s Rugby World Cups since 1999, along with every Women’s Rugby World Cup since 1991, and the debut of Rugby Sevens at the Rio 2016 Olympics, where the Canadian women won a bronze medal with eight former U SPORTS student-athletes on its roster. World Rugby announced last October that Gilbert will continue to be its official supplier for its premier 15s tournaments, including the next World Cups in 2019 and 2023 (men) and 2021 (women). 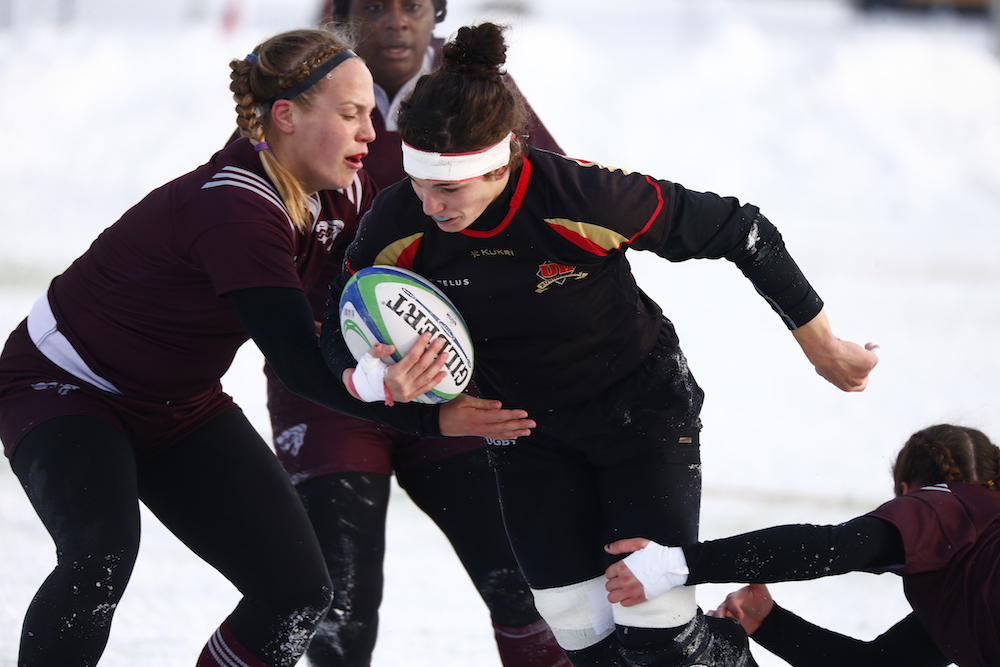 “Gilbert Rugby has been at the heart of the game since 1823,” said Leigh Tynan, Managing Director of Gilbert Rugby Canada. “We are excited to announce this partnership with U SPORTS in making the Gilbert Revolution Match Ball the official ball of university rugby in Canada and we are proud to support rugby at every level of the game from youth to World Cup.”

The 2018 U SPORTS Women’s Rugby Championship will be hosted by Acadia University from Nov.1-4 at Raymond Field in Wolfville, N.S.

“We are very honoured to host our first-ever U SPORTS Women’s Rugby Championship. We have strived to be a top rugby program in the nation and we are anxious to share our beautiful campus and community with the rest of the country,” said Kevin Dickie, Executive Director of Acadia Athletics. “Our community and corporate support for this event has been outstanding and the addition of Gilbert will make this event even more special.”