1. How did you first get involved in coaching? What was your path to your position as head coach of the University of Calgary?

I initially got involved in coaching as a way of transitioning away from playing while still remaining involved in the game. One day, as a senior player for the men’s club team at the University of Calgary, I was basically told (not asked) by the outgoing coach that I would be the new head coach for the team.  That was back in 2002 and I’ve been involved in coaching rugby here ever since.

I’ve learned so much from everyone (coaches, players, managers, etc.) that I’ve been fortunate to work with over the years.  However, the person who has had the greatest impact on me is Dave Lougheed (Canadian National player, Leicester Tigers).  He’s the one who saw my potential and opened so many doors around the world to help me grow and develop as a coach.  He taught me that “nothing is bigger than the game” which to this day is something that keeps me grounded as a coach.

Less is more. Provide the athletes with tools and a map and let the team figure out their path.

You really have to admire a guy like Gregg Popovich.  While I don’t know him personally, he’s been able to achieve sustained long-term success with limited resources through his preparation, work ethic, attention to detail, and out of the box thinking.  In addition, even with success, he’s been able to find balance and interests outside of his sport.

Recently - probably starting three tight 5 players for the entire Canada West Rugby Sevens series.  For those Canadians who are not familiar with rugby sevens, it’s similar to playing three goalies in hockey when you’re on the power play. 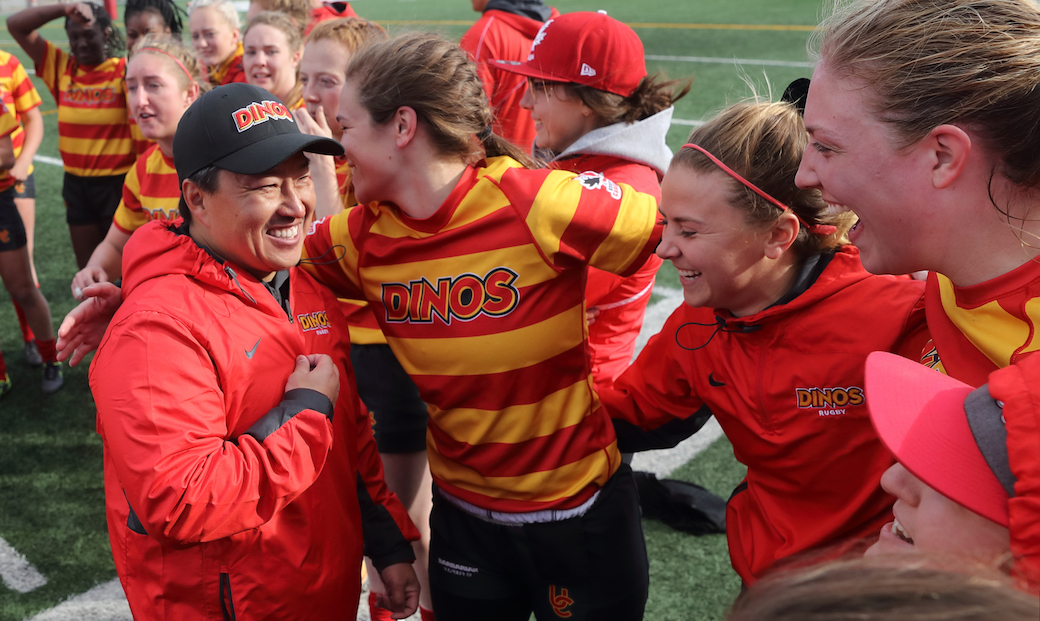 The thing that I am most proud about is that I was given the opportunity to start and build a program literally from scratch – which when you think about it, is something that many current U SPORTS coaches don’t get to do.

I have been very fortunate to work with some amazing student athletes over the years and every day I get to coach with my best friends.  Ultimately when I’m done coaching university sport, I hope to leave this program in a better place than it was when I started.

a) Value your educational experience.

b) You will face adversity. Overcome it and you will be a better person.

c) Enjoy your time as a varsity athlete – it goes by faster than you will realize.

How have I changed as a coach over time?

Principles/values that have remained the same?

I’ve recently rediscovered reading actual books and studying music.  For various reasons, I got away from partaking in these activities over the past few years, but I’m glad that I now have the time and scope to fully enjoy them again.

I’ve done many things to embarrass myself over the years.  Unfortunately, none of them are suitable to be posted in this forum.  I will keep them between myself and the select few who got to laugh at my misfortunes!

Getting to know your U SPORTS coaches: Pat Thompson, Carleton Ravens