In the final quarterfinal of the day at the U SPORTS Women’s Rugby Championship, the Queen’s Gaels defeated the Acadia Axewomen by a score of 55-19 on a rainy night at Matt Anthony Field at the University of Ottawa.

OUA Most Valuable Player Sophie de Goede and rookie Taylor Black paced the offence for the Gaels, as Queen’s scored 40 of their 44 points in the second half of the contest.

From the moment the game began, the Gaels pressured with wave after wave of attack.

While de Goede missed a penalty kick from 20 yards out in the ninth minute, she quickly bounced back with a burst through the defence to open the scoring with her first try of the game in the 13th. 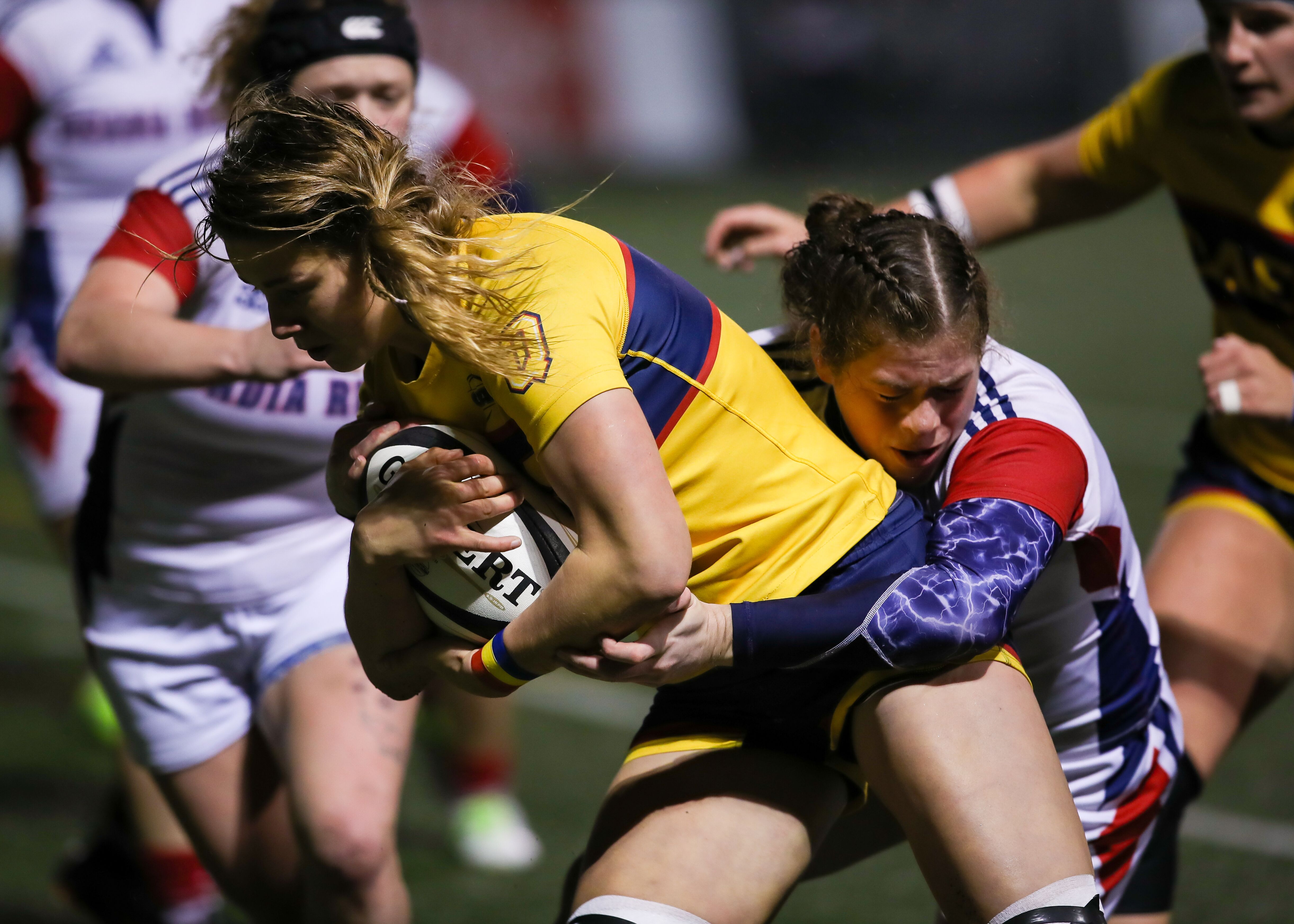 Acadia worked their way across the field into the offensive zone for the first time in the 17th minute, but the attack was short lived as Queen’s forced a retreat.

Within the span of four minutes, Black notched a pair of tries to add to her team’s lead, but a pair of missed converts by de Goede left the advantage at 15-0.

In the waning moments of the first half, Monique Coffey led Acadia up the field, creating space for Emma Pfleiderer to slip past the defenders and score her team’s first try of the night. A successful convert by Annie Kennedy cut the Queen’s lead to 15-7 heading into halftime.

Queen’s walked onto the field with renewed energy as the second half began. In the opening 10 minutes, the Gaels tallied a total of four tries, highlighted by McKinley Hunt splitting the Axewomen defence and sprinting into the endzone to extend the lead to 43-12.

Late in the contest, both sides exchanged tries back and forth.

Acadia responded in the 51st minute, with Keisha Kane breaking through the wall to find the try line.

Maggie Banks replied for the Gaels, effectively using a stiff arm to break past a defender and run half the length of the field to score.

As the final minutes trickled off the clock, Sarah Boudreau scored for Acadia, while Banks scored her second of the night for Queen’s moments later.

“(I’m) really happy with the effort, everybody played their role to perfection,” said Gaels head coach Dan Valley after the game. “It’s one of the biggest jobs on Day 1 of this championship — get through Day 1 on the right side of the ledger. Whether that’s by 50 or by one, the important piece of the puzzle is getting to the other side. We did a really nice job and now we reload for Ottawa.”

While Acadia doesn’t walk away with the victory, the tries late in the game give the team confidence heading into their consolation semifinal.

“We are a really dynamic and explosive team, I don’t think we represented ourselves as well offensively tonight as we have in other games,” said Axewomen head coach Matthew Durant. “Conditions weren’t optimal and like I said, give all the credit to Queen’s, they played strong defensively. (We’re) looking forward to the matchup against Calgary on Friday and we’ll be ready to go.” 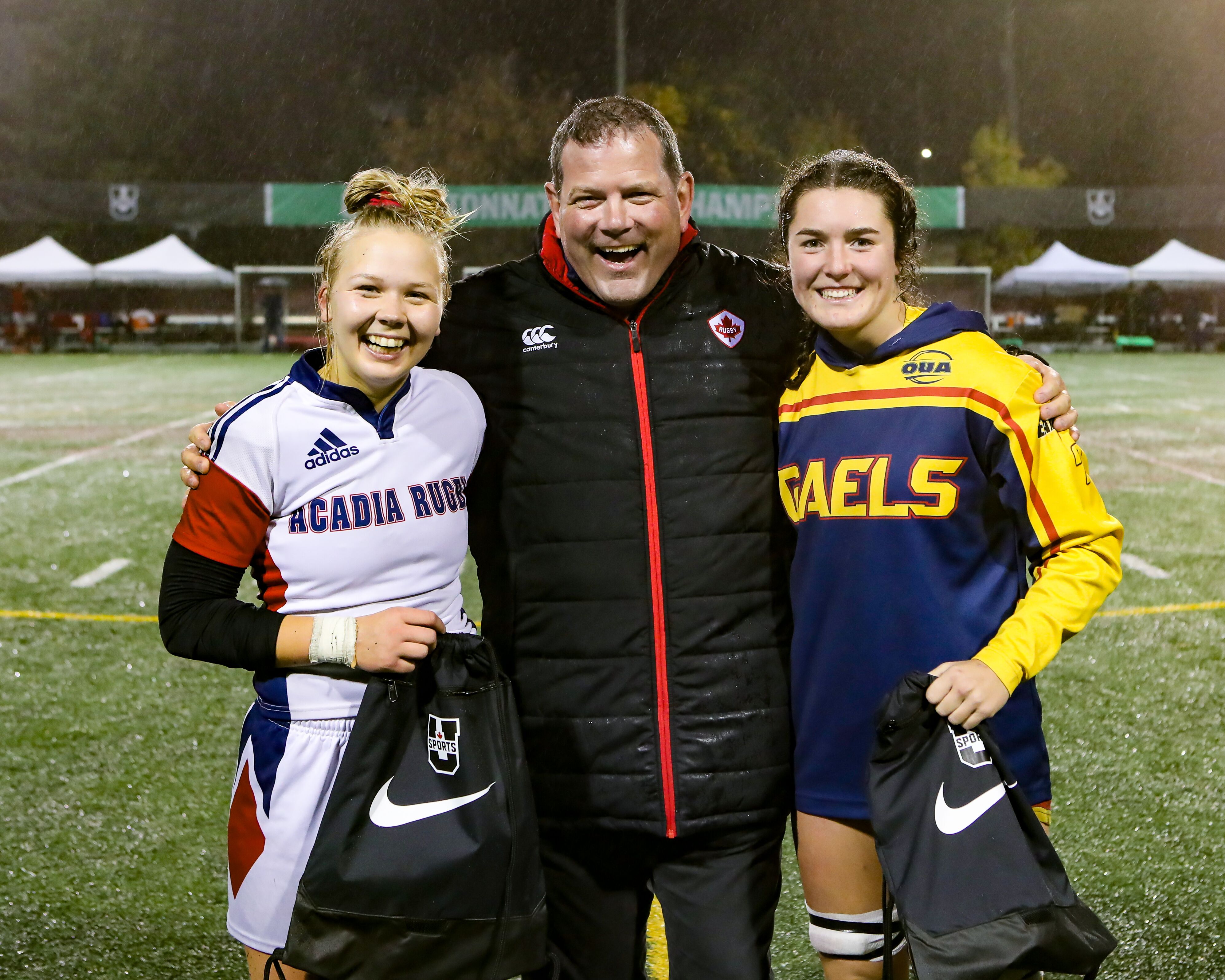