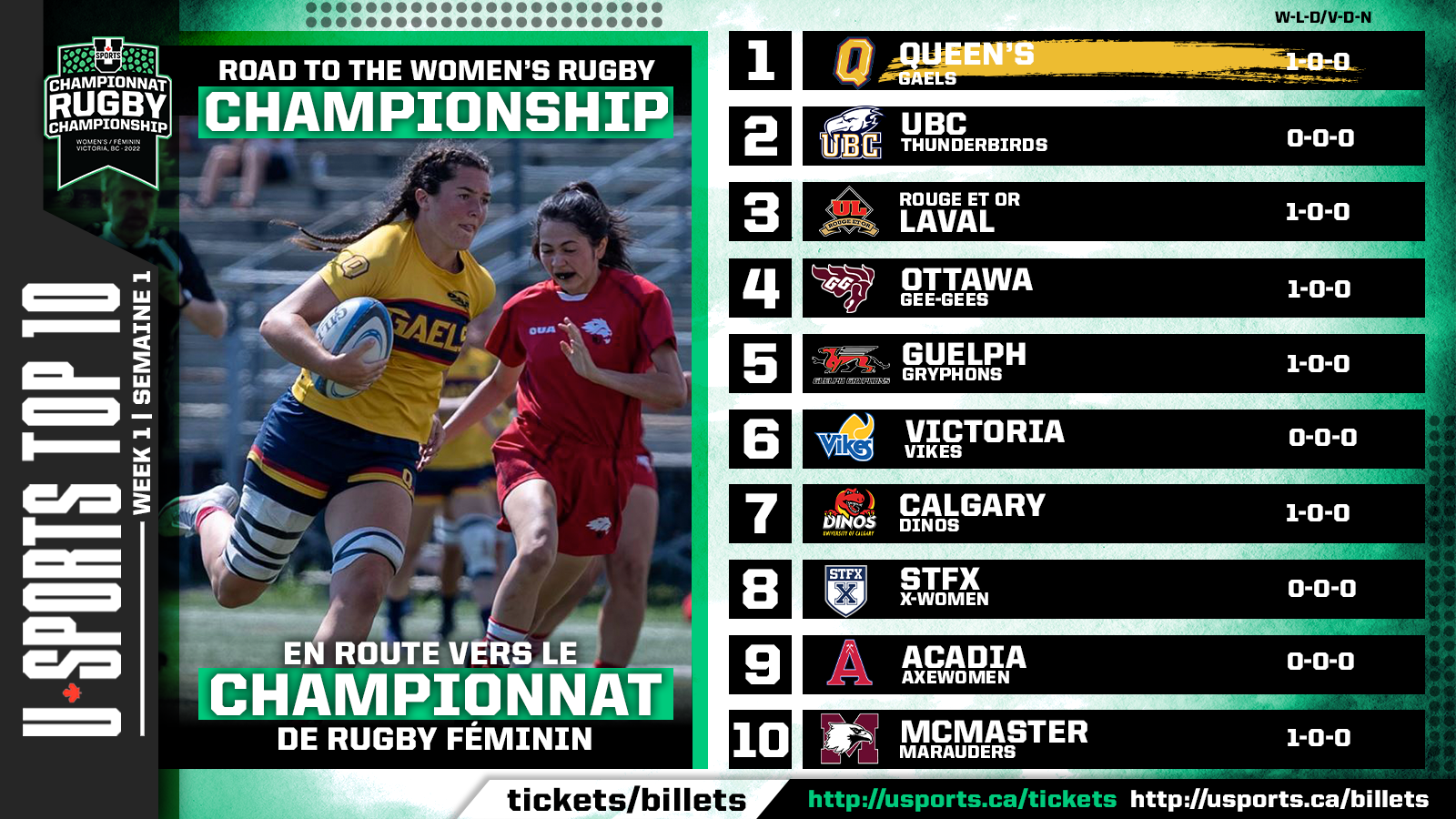 The defending U SPORTS champion Queen’s Gaels sit atop the first U SPORTS women's rugby rankings of the 2022 season.

The Gaels (1-0), who went a perfect 4-0 in the 2021 OUA campaign en route to their first national title, posted a 105-0 performance against the York Lions in the curtain raiser of the 2022 season as fourth-year centre Maggie Banks recorded three tries in the win. The Gaels host the Brock Badgers Saturday at Nixon Field.

UBC (0-0), the pre-season Canada West favourites, sits second in the national rankings as they head into a showdown with the no. 6 ranked Victoria Vikes (0-0) on Saturday to open their campaign in Vancouver.

The defending U SPORTS bronze medalists from Université Laval (1-0) sit in the no. 3 slot after a convincing 58-0 road win over the Montreal Carabins in their RSEQ opener. The no. 4 Ottawa Gee-Gees (1-0), who fell to the Gaels in the 2021 U SPORTS final, downed the Concordia Stingers (0-1) 59-6 in their first contest of the campaign.

The Road to the 2022 U SPORTS women’s rugby championship in Victoria, BC, continues this week with a full slate of contests across the country, including the start of the Atlantic University Sport (AUS) season. The no. 8 ranked StFX X-Women travel to Charlottetown, PEI, to face the PEI Panthers and the no. 9 Acadia Axewomen heading to Halifax to face the Saint Mary’s Huskies.

Other Top 10 action this week features the no. 5 Guelph Gryphons (1-0) hosting the no. 10 McMaster Marauders (1-0) while the no. 7 Calgary Dinos (1-0) have a bye until September 15th, when they travel to Vancouver to face the Thunderbirds.