Canada's women's soccer team kicked off the competition with a 4-1 loss to the Democratic People's Republic of Korea on Tuesday in Cercola, at the 30th FISU Summer Universiade in Italy.

“North Korea has a fantastic team, very technical, fast, they have clearly been together longer than we have,” said Canada’s head coach Peyvand Mossavat. “I’m proud of the girls because first of all, we scored early, and we did have small errors on their goals but we got better in the second half.”

“We are going to take all the positives from this game, learn from our mistakes, do more of the good things that we did and move on to the next match,” added Mossavat, who also led the Canadian squad at the 2015 Games in Gwangju, Korea and 2017 in Taipei, Chinese Taipei.

“This game was hard because we didn’t know what to expect from North Korea,” said Jessica Bunker, Canada’s lone goal scorer. “We have our game plan, and we just need to stick to it in our next game. We were not expecting a team so quick. They were really technical, they were really physical, and they played really well as a team.” 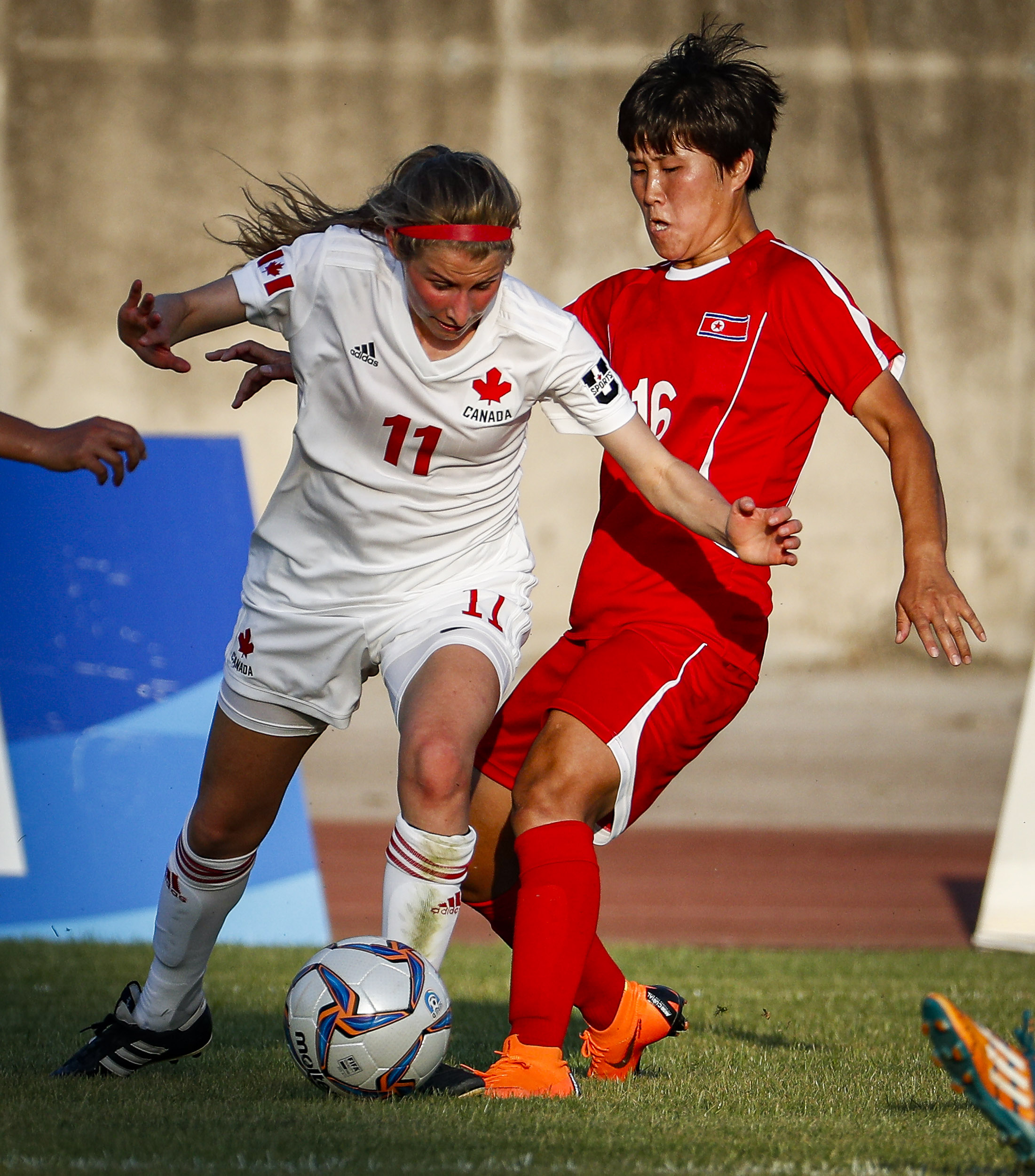 Canada set the tone early on when Montreal Carabins midfielder Mégane Sauve had a run on the left side before spotting Bunker in the space on eight minutes. The well-placed cross found the Laval forward, who fooled the North Korean goalkeeper with a low shot to the right.

It was, however, the only moment of celebration for the Canadian women in a first half dominated by the Koreans, who equalized less than 10 minutes later.

Then, after getting some clear chances, DPRK took the lead in the 43rd minute when a North Korean shot inadvertently deflected on a Canadian defender before eluding goalkeeper Myriam Labrecque, who had gone in the opposite direction.

North Korea added a third goal at the very end of the first half on a nice passing play in the box, completed by a low shot to the left of the Canadian ‘keeper.

The Canadian women managed to create some opportunities in the last half-hour of play, but nothing to worry the North Koreans. The latter added a fourth goal in the 75th minute when they converted a quick counterattack finished by a nice volley that left no chance for Labrecque.

Canada will have to do better in its next game against South Africa Saturday at 12 p.m. ET/ 9 a.m. PT (6 p.m. local) if they hope to reach the medal round and improve the team's eighth-place finish of the 2017 Taipei Games.

“If we want to move forward we have no choice, we need to win that game. It will be different against South Africa, we will have an opportunity to scout the game. We have to combine more, we have to try to get in behind and create more opportunities,” said Mossavat.

Where are they now: Scott a homegrown talent on soccer’s biggest stage