The Toronto Varsity Blues book their ticket into the semifinals with a well-earned 3-0 shutout win over the Cape Breton Capers. 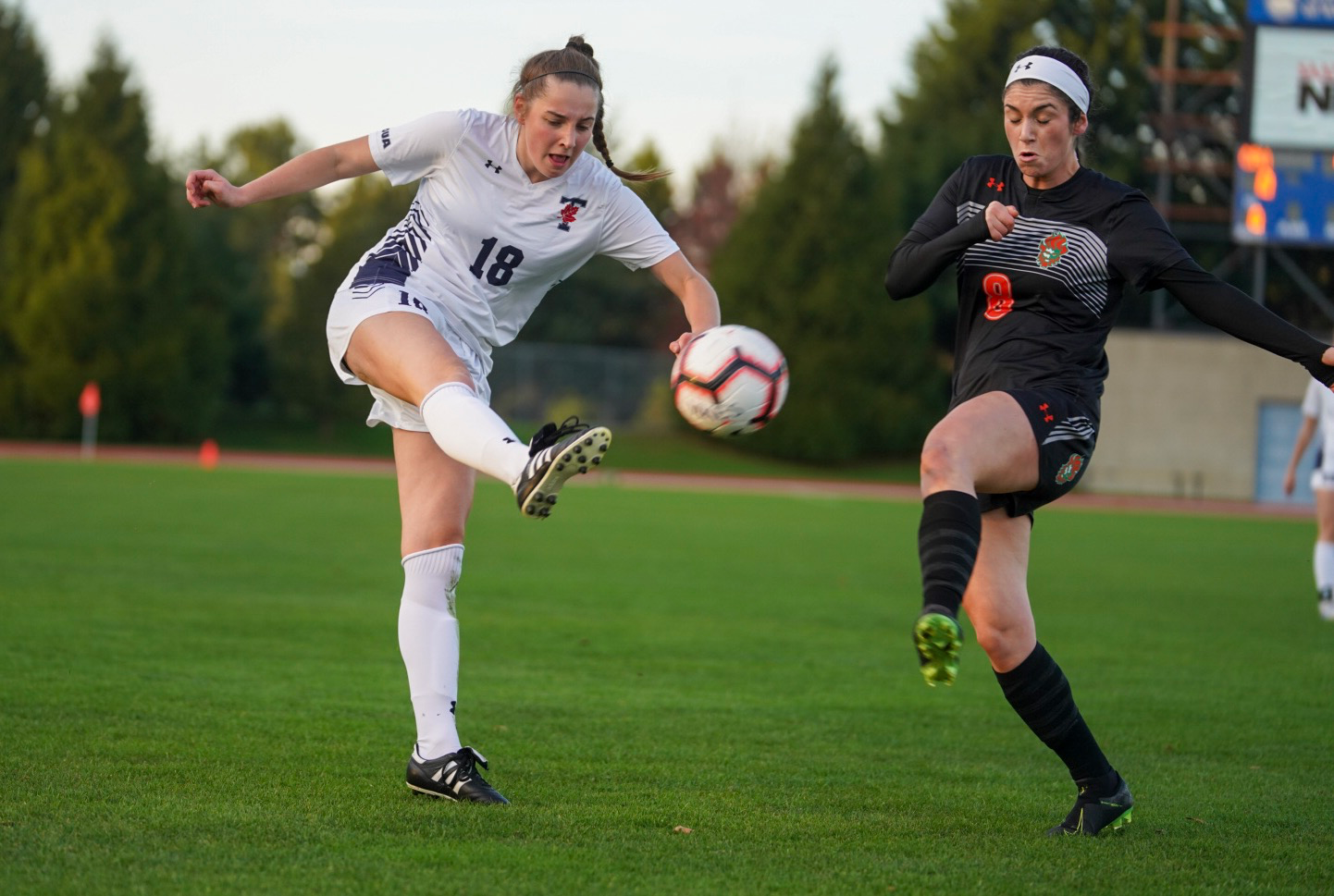 Both teams come out aggressively trying to capture the first goal.

Early pressure from the Varsity Blues saw Second Team All-Canadian Jenny Wolever take a point-blank shot in the fourth minute which goalie Rachel Yerxa saved for a corner kick. Much of the first half was played in the middle of the pitch, as both teams jockeyed for position.

Rookie of the Year and First Team All-Canadian Alliyah Rowe had a shot that just went wide in the 21st minute, while Toronto countered with a shot by Miranda Badovinac that hit the outside of the post in the 24th.

“Alliyah is incredible. We tried to stay close to her and not let her turn too much,” said Wolever. “Our defence did a great job shutting her down.”

A quick counterattack down the left flank had Wolever streak past the Caper defence and push a low cross to Erin Kelly, who calmly placed the ball in the back of the net to take the lead in the 30th minute. The speed of Wolever continued to cause fits for the Capers’ back line, switching from one side of the field to the other and creating several quality chances for her teammates.

“Jenny was incredible. Every time she received a pass out wide, their defenders started trembling,” said Varsity Blues head coach Angelo Cavalluzzo. “She was so dangerous on the dribble with the time and space to make plays. I’m so proud of her to have a game like that in her final year.” 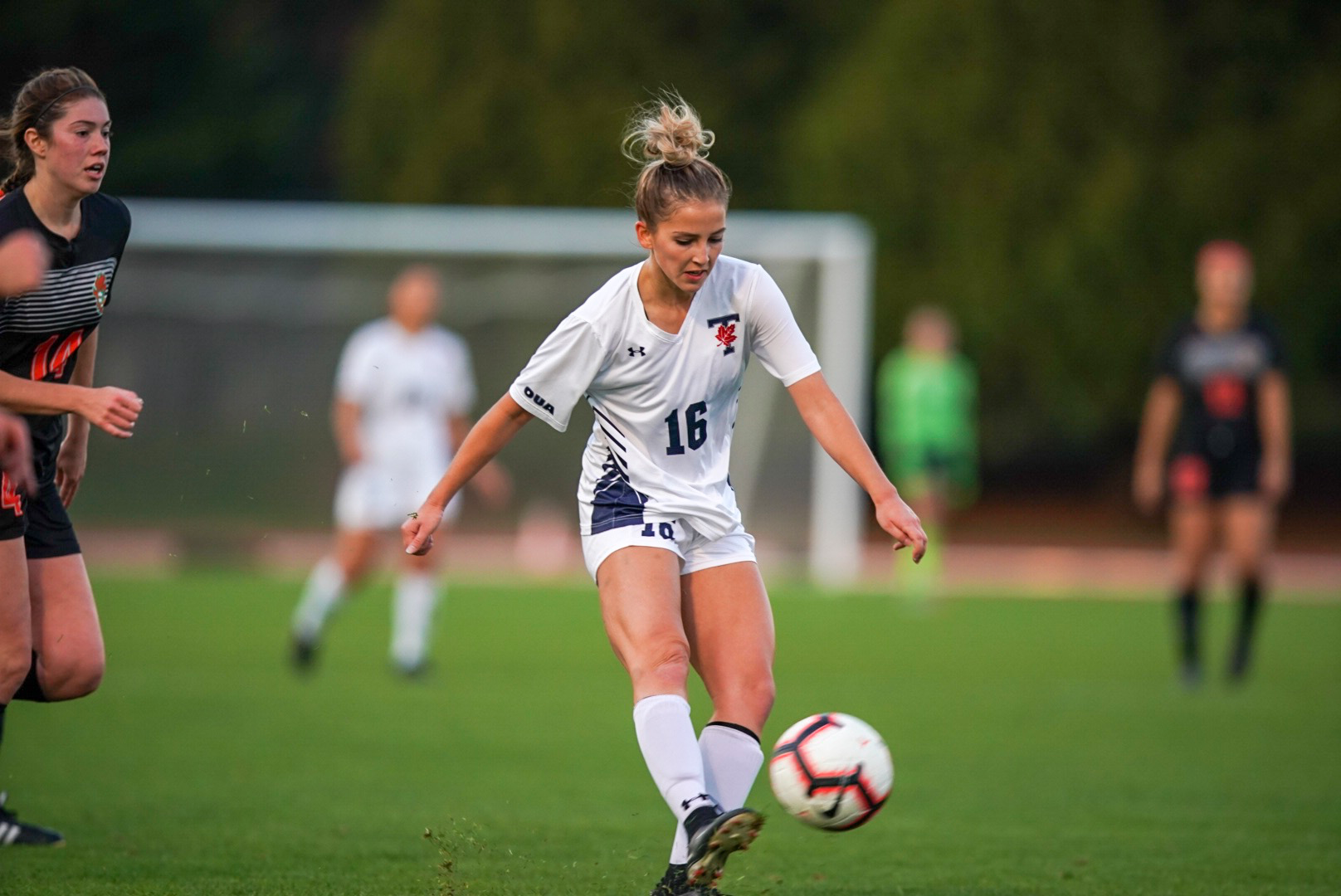 Cape Breton continued to push for the equalizer, as Amy Lynch took a shot from 30 yards out that just grazed the crossbar.

The insurance goal for Toronto came in the 80th minute, when Wolever took a well-struck goal that went over the hands of the keeper. The third Toronto goal was scored in the 87th minute by Badovinac, who finally got her header off a corner kick.

“Our group as a whole is stronger than the sum of its parts,” said Cavalluzzo. “We go into every match thinking if we play the way we want, we are going to have a lot of success – that’s exactly what happened tonight”

The Varsity Blues advance to the semifinals on Saturday at 6:00 p.m. ET / 3:00 p.m. PT against the winner of Thursday’s fourth quarterfinal between the UVic Vikes and Calgary Dinos. The Capers will play the loser of that game on Friday in the consolation semifinal at 7:00 p.m. ET / 4:00 p.m. PT.

“When you are down by a goal, you got to open it up a bit to try and get that second one, “ said Capers head coach Stephen Timmons. “Full credit to Toronto they played that system very well and they got that second goal and that made the game for them. Our girls battled hard and I am very proud of them.”

Quarterfinal 2: Rookies team up in Thunderbird victory to advance to semis