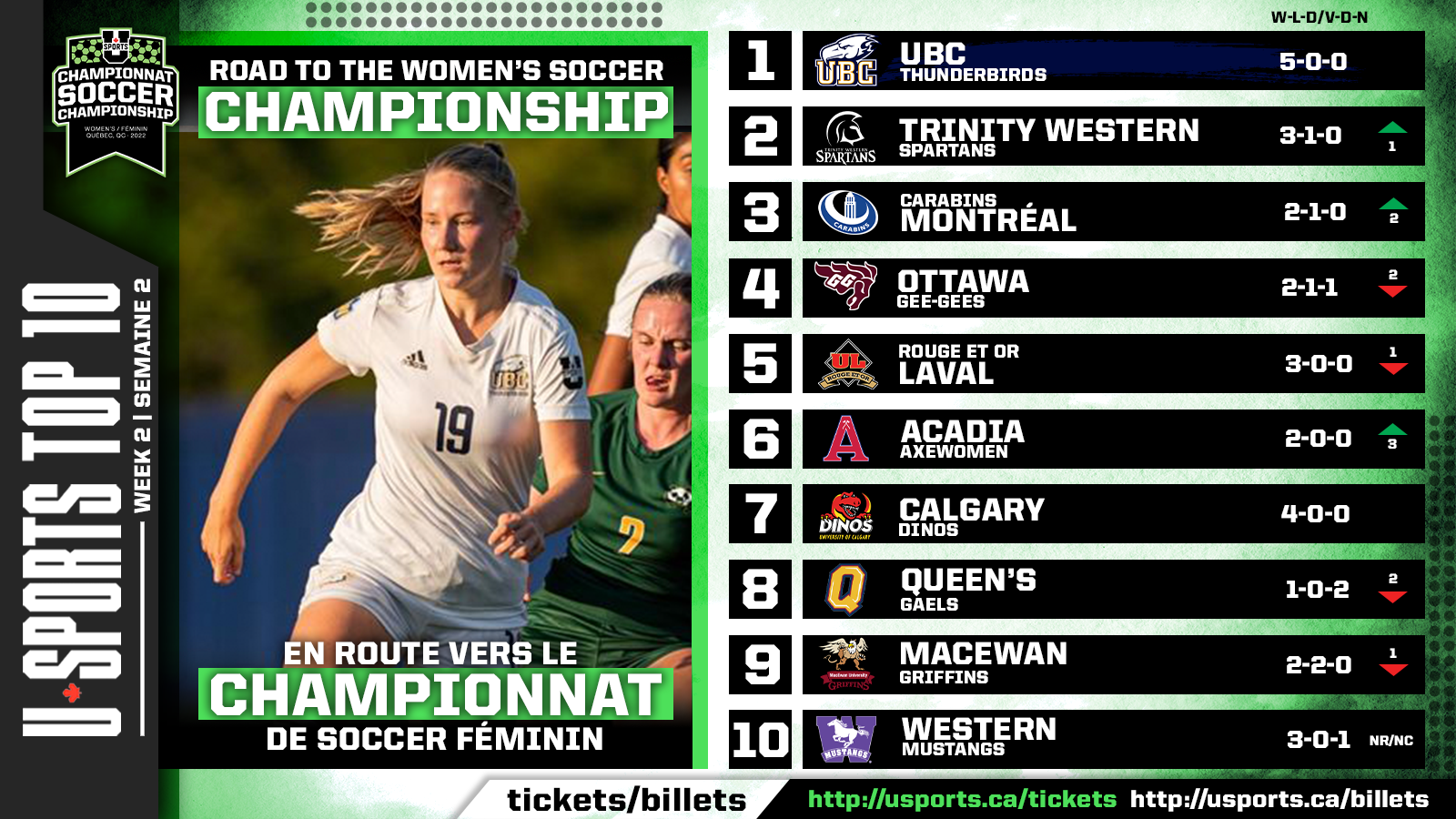 The UBC Thunderbirds continue to soar atop the U SPORTS women’s soccer top 10 after a pair of wins last weekend including a 2-1 victory over the defending champion MacEwan Griffins.

Katalin Tolnai continued her torrid scoring pace, marking all four goals for the T-Birds this weekend who blanked the Alberta Pandas to open the weekend before sending the Griffins to their second loss of the campaign. As a result, MacEwan drops one spot to no. 9. The Trinity Western Spartans moved up on position to no. 2 after a pair of shutouts over Lethbridge and Mount Royal.

The Montreal Carabins leapt from fifth to no. 3 in this week’s rankings, while the previous second-ranked Ottawa Gee-Gees fell to no. 4 after a 1-0 home-field loss to the Toronto Varsity Blues. Laval dropped one spot to fifth despite a 3-0 blanking of the Bishop’s Gaiters.

The biggest mover in the Top 10 this week are the no. 6 Acadia Axewomen who jumped three spots after a pair of wins to open the Atlantic University Sport (AUS) season. The no. 7 Calgary Dinos remain unchanged posting a 2-0 record against Manitoba opponents.  Queen’s checks in at no. 8 after a 1-1 draw with the former no. 2 Gee-Gees.

The only team to enter the Top 10 this week are the Western Mustangs who posted back-to-back wins over the Laurier Golden Hawks to move into the rankings.

There is only one Top 10 match-up this week on the Road to the U SPORTS women’s soccer championship in Québec City when the no. 7 Calgary Dinos travel to the Alberta capital to take on the no. 9 Grant MacEwan Griffins on Sunday.