WOMEN’S SOCCER  *GAME OF THE WEEK* 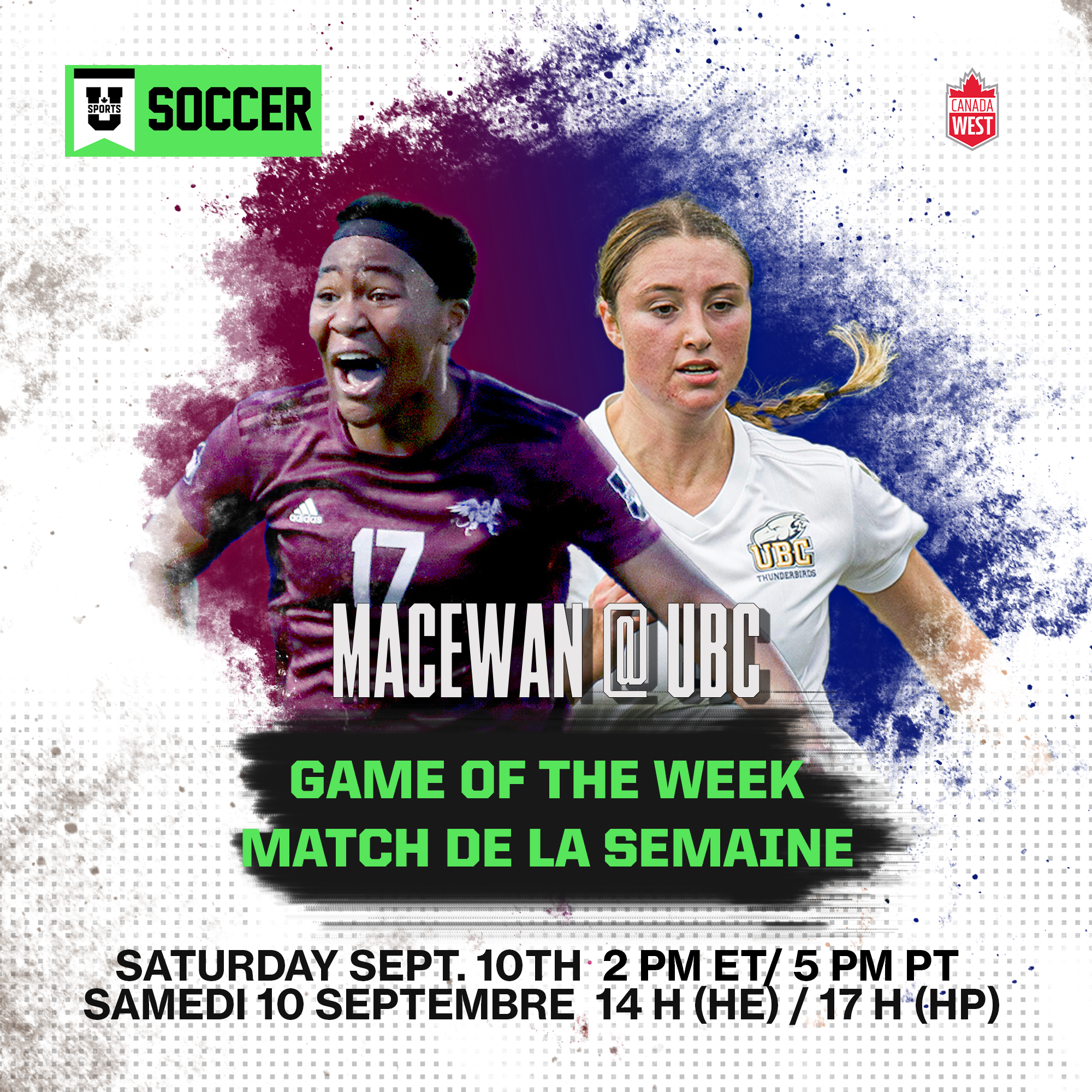 No. 8 MacEwan Griffins @ No. 1 UBC Thunderbirds

The defending U SPORTS champion MacEwan Griffins are set to take on the top-ranked UBC Thunderbirds in what is expected to be an electric matchup between the two sides.

The U SPORTS Women's Soccer top ranked T-Birds are soaring out of the gates with a 3-0 record while outscoring opponents 14-0 thus far. UBC's defensive game has been stout in not yet surrendering a goal against and the offensive production has been explosive.

UBC’s Kaitlin Tolnai claimed the U SPORTS women’s soccer player of the week award by recording a second-half hat trick in a 4-0 victory over the Victoria Vikes.

The Griffins, coming off a 5-2 defeat off the Alberta Pandas will have had a full 12 days to fine-tune their game since they last played and will lean on second-year forward Grace Mwasala, who scored in the last match.