At the age of four, Idir Zerrouk – a 16-year-old midfielder for the Carleton Ravens men’s soccer team – was already spending his free time on soccer fields enjoying the beautiful game.

Inspired by his father, who also played, Zerrouk grew to love the sport.

I was an active kid so my dad placed me on soccer teams and I loved it.

Today his team is the Carleton Ravens, for whom Zerrouk has set a significant milestone, becoming the youngest men’s soccer player to score a goal at the U SPORTS level. The historic tally came on Sept. 10, when the rookie headed a rebound into the back of the net, completing Carleton’s scoring in a 7-1 victory over RMC.

Zerrouk’s ability to distinguish himself has been prevalent on the field ever since. Despite not being a starter, he recognizes the important role he plays as an impact player off the bench, having announced his arrival to the U SPORTS game. 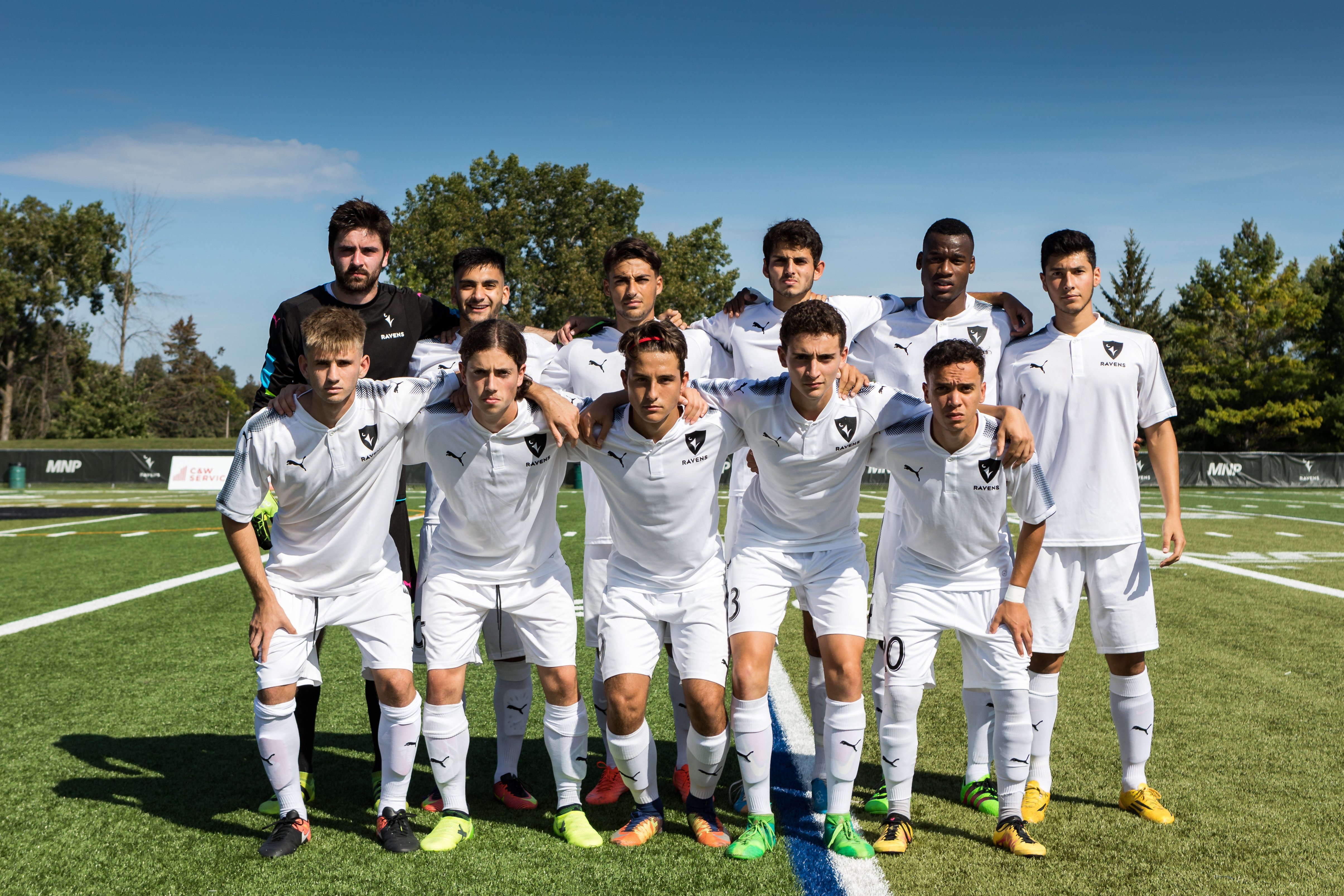 “I think that bench players have an advantage over starters because they get to see how the opponents play before stepping on the field,” he says.

Thanks to his Algerian background and love of the game, soccer was always a tradition for Zerrouk and his family. It was a way for the whole family to bond.

My dad used to play soccer. And my sister plays now as well. I can’t tell you the amount of times we would gather around the television to watch when the Algerian team was playing.

If it wasn’t his family’s home nation on the television, Zerrouk would be watching his favorite club team, Spanish side Real Madrid.

“My dad would show me videos of (former star and current team manager Zinedine) Zidane playing,” he says.

While Zerrouk considers Zidane and soccer to play big roles in his life, education is equally as important. Zerrouk is grateful to his parents for their support and persistence in allowing him to reach his potential. He acknowledges that without them, his story would be vastly different.

Doing what seems impossible comes easy now to the Ottawa native because he’s willing to put in the work. At a young age he found himself ahead of many of his peers. He had already managed to successfully skip two grades - his first and last – so that he could begin his soccer career in university as fast as possible.

My motivation behind it all was soccer

Following two years with the West Ottawa Soccer Club of the Ontario Professional Development League, as well as time spent with Ontario Provincial team, Zerrouk was selected in February 2016 for an Under-15 identification camp by Canada Soccer.

By the time he reached the U SPORTS level this fall, Zerrouk made the most of his opportunity.

“It was not expected as it was also his first minutes in a regular season game,” says Ravens head coach Kwesi Loney of Zerrouk’s goal. “He had an earlier opportunity to score which was saved, so I figured that was his shot. However he kept pushing…Goals are always hard to come by.”

For me it was just a goal at first. But it turned out to be more than that.