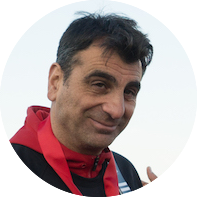 1. How did you first get involved in coaching? What was your path to your position as head coach of the Lions soccer program?

Coaching has been part of what I’ve done the whole time. While I was still playing at Maryland I started getting involved with club stuff. That continued throughout my playing career, after Maryland I came home and inherited a club that I used to play for. I ended up being the technical director of the club but decided it was too early to stop playing so I went back.

I was a player/assistant coach with the Milwaukee Rampage and the Toronto Lynx while also coaching with CS Azzurri, where I was also the technical director. With the club, we had a lot of success developing players and it grew from there. After the Azzurri club got sold, I moved to the Vaughan Soccer Club, where I am still the head coach and technical director.

I became a university coach when one of my friends unknowingly put in a resume at the University of Toronto when they were looking for a new head coach. They called me and I had no idea what they were talking about! But I went to the interview and they offered me the job. I spent two years there and then came to York and the rest is history.

I was also with Toronto FC at the very beginning, in their first season in 2007 and a bit into 2008. I was originally supposed to do the reserve groups but then they added the title of goalkeeper coach. It was an interesting experience, there were a lot of great learnings on the administrative side. 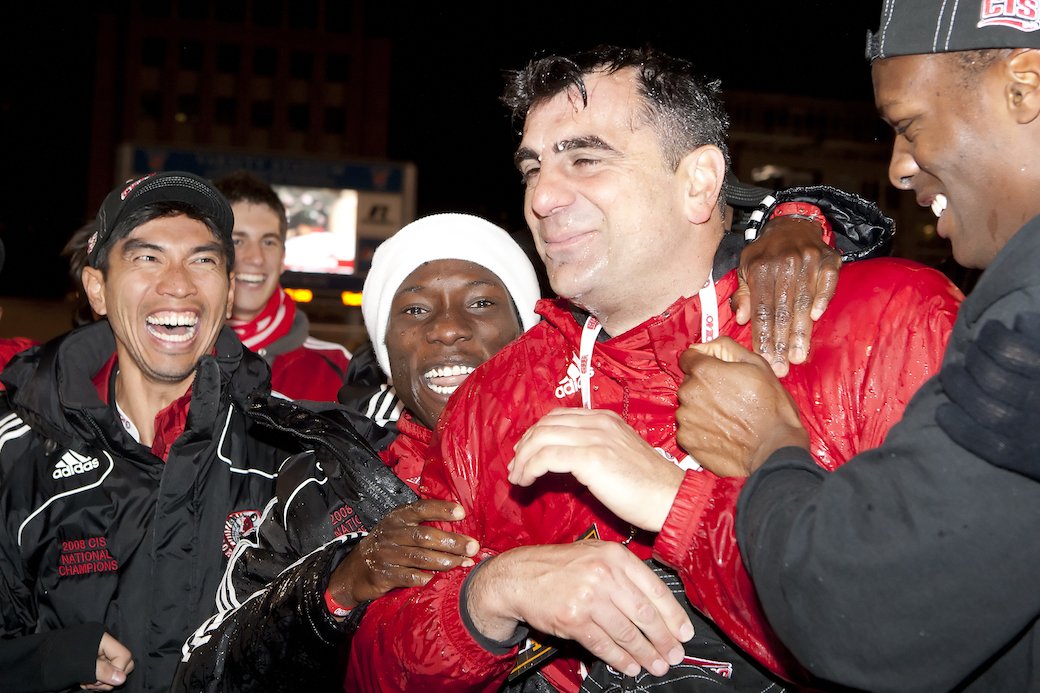 I’ve had a lot of good role models. There were some old-school mentality coaches back in the day that I could really connect with. One coach really instilled the proper ethics on what it means to be successful with integrity and that was important to me.

Throughout my career, I had an incredible coach in Bob Gansler, who was my head coach in Milwaukee and he used to coach the United States national team and in Major League Soccer. I took a lot from him in shaping who I am as a coach both technically and tactically. I am lucky to have someone who was invested in the right way. He’s my main influence as far as learning the game, doing the right things and understanding what it is to define success

I think I base my style a lot on the athletes I have to work with. At York, we have a lot of good players and we have instilled a competitive, winning mentality. Because of their talent, our game plan is often the gist of what we want to see and then we let them express themselves. We are making adjustments when necessary and make sure they buy into both sides of the ball, but we also allow them to use their talent.

That’s a tough question! That’s all relative. There are a lot of things I do that are probably considered out-of-the-box but for me it’s part of the overall picture. 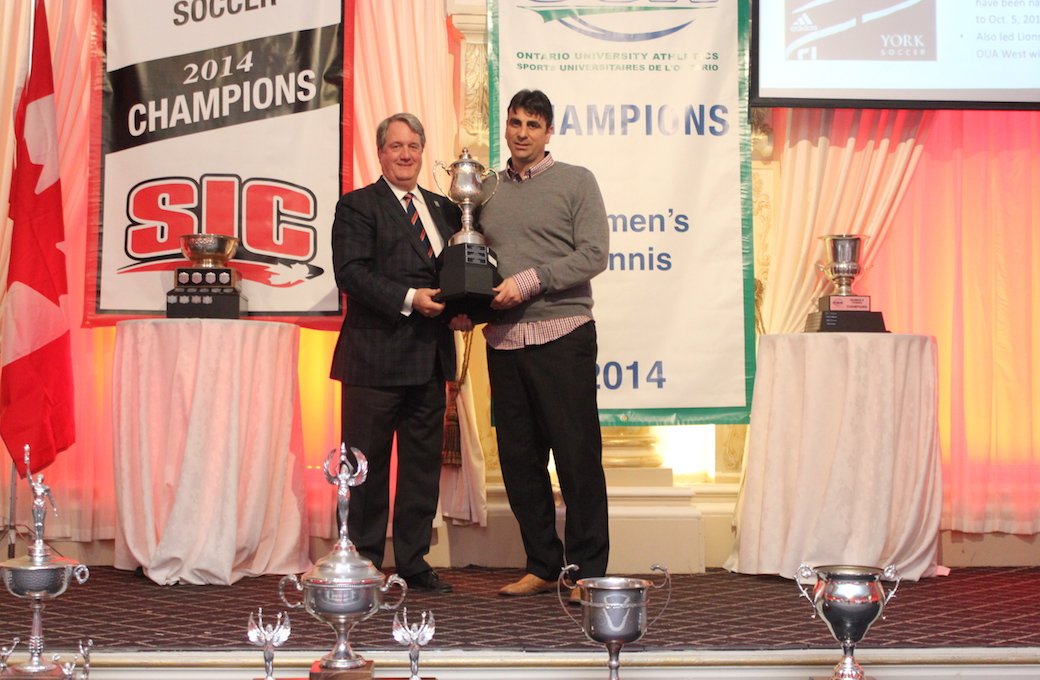 I’d say winning the 2010 U SPORTS Championship. We won two games at nationals with 10 men, and we were massive underdogs playing in the final against UBC because of injuries and red cards. But we got it right as a staff. We made some personnel changes that worked. That would be one moment where we got the energy right, the mentality right and the tactic right. Although they had the ball 80 per cent of the time, we came out on top. The whole thing was work and preparation but we got it mostly right.

7. What’s the best advice you can give to an athlete and/or athletes’ parents? 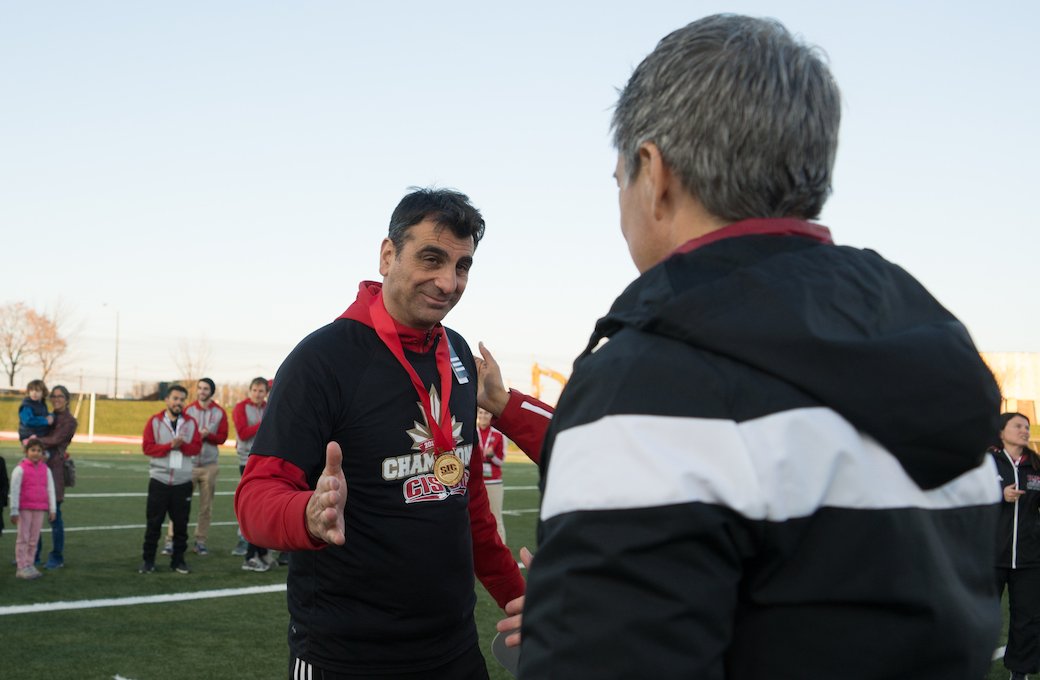 8. How have you changed as a coach over time? What principles/values etc. have remained the same?

My core values have stayed the same but in a different perspective. My commitment to the player and the individual has remained the same since the beginning of my coaching days, although I think I understand the individual a lot better now. I’d say my ability to handle the pressure has gotten a lot worse since I became a coach. It was way easier to be an athlete!

Hanging out with my three children.

Getting to know your U SPORTS coaches: Christophe Dutarte, UQAM Citadins