The Montreal Carabins took their first step towards defending their U SPORTS title with a 2-0 victory over the OUA finalist York Lions in front of more than 1,500 boisterous fans.

It was the fourth and final quarterfinal match at the 2019 U SPORTS Men’s soccer Championship presented by La Cage – Brasserie sportive in Montreal. 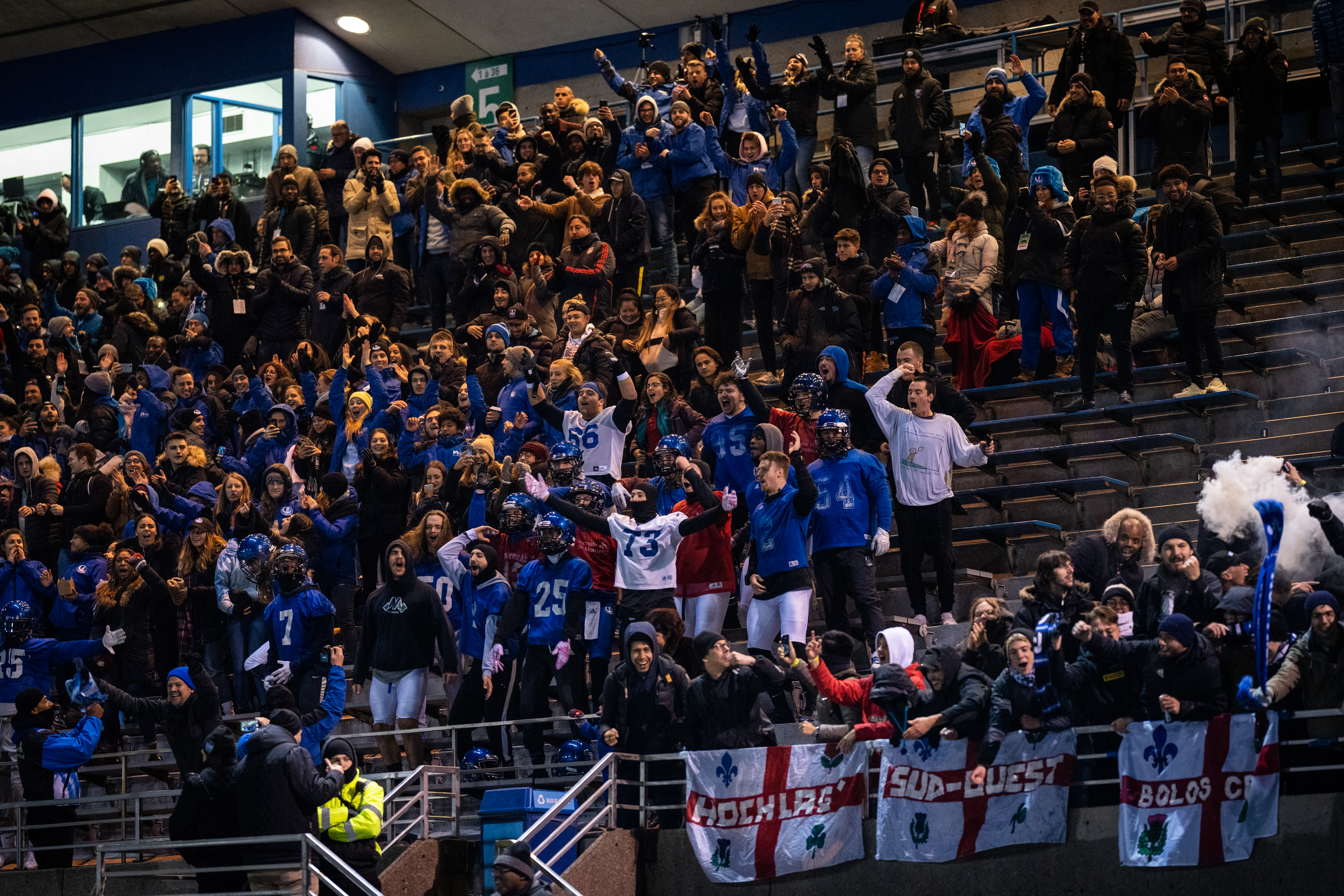 Mouad Ouzane and Guy-Frank Essomé-Penda hit the back of the net, while Félix Goulet made a pair of saves to lead the Carabins to victory. York keeper Mike Argyrides made seven saves in a losing cause.

After a scoreless first half where both teams had quality scoring opportunities, Ouzane opened the scoring in the 59th minute dribbling around a defender before beating Argyrides.

The defending champions put the game away in the 73rd minute when Essomé-Penda broke in from the right side and chipped the ball over the veteran keeper to give Montreal a 2-0 advantage.

“When your top players live up to their billing, you’ve got a good chance to win,” said Carabins head coach Pat Raimondo. “We have found ways to win the second half of our games all season long and tonight we made a couple of minor adjustments and were able to come away with the win.”

We did a good job stopping their transition in the first half,” said York head coach Carmine Isacco. “But they’re a well-prepared and well-coached team that created opportunities in transition in the second half that led to their goals.”

The Carabins will face a familiar foe in the 2019 semifinal in the Cape Breton Capers. The two sides have squared off in the past two U SPORTS men’s soccer championship finals, with Cape Breton winning 3-2 on kicks in 2017, and the Carabins exacting their revenge with a 2-1 win in extra time in the 2018 final.