OTTAWA - The Carleton Ravens are headed back to the national final for the first time in 19 years following a thrilling 3-2 extra-time victory over the Cape Breton Capers in Saturday’s second semifinal at the U SPORTS Men’s Soccer Championship.

Despite holding little possession in the opening half-hour, Carleton stunned the Capers in minute thirty-two as senior striker Gabriel Bitar produced a sensational arching strike from just outside the box to beat Clarke to send Carleton’s ‘Kick It To Bronson’ crew into ecstasy.

With pressure mounting at the Cape Breton end and Carleton looking to add a second before half, the Ravens drew a penalty on the cusp of halftime when Capers All-Canadian defender Euan Bauld was whistled for a handball inside the box. Ravens veteran midfielder Dario Conte stepped up and hammered his spot kick into the top left corner leading to a mob scene celebration on the sideline.

Trailing by two goals entering the second half, the Capers were unable to penetrate the Carleton defence as a cohesive back four and deep-lying midfield gave little time and space to the AUS champions.

In the 88th minute, forward Cian Lynch pulled one back for Cape Breton with a close-up strike to silence the jubilant Ravens supporters prepared to celebrate a berth in Sunday’s final.

With a stunned pro-Carleton audience holding its collective breath in added time, the Capers delivered another massive blow as Charlie Waters tied the game at 2-2 on a majestic in-swinging corner kick that made its way over the swarm of players in the six-yard box to hit the back of the net in the 92nd minute. The Capers rejoiced by taunting the Carleton supporters with a variety of gestures before the game headed into extra time.

Early in the second frame of extra time, the Ravens rose to the occasion to score the fixture’s game-winning goal when a sequence of headers saw the ball fall into the path of Ricky Comba, who chested it down before sniping a volley past Daniel Clarke to give the Ravens the 3-2 advantage in the 106th minute.

Cape Breton had one last glorious opportunity to tie it up again in the dying minutes, but a goal-line clearance would deny the Capers a goal.

With the victory, Carleton heads into Sunday’s national final where they will take on the Montreal Carabins at 2:00 PM EST. Despite a valiant comeback, the Cape Breton Capers will play for bronze when they take on the Guelph Gryphons at 11:00 AM EST. 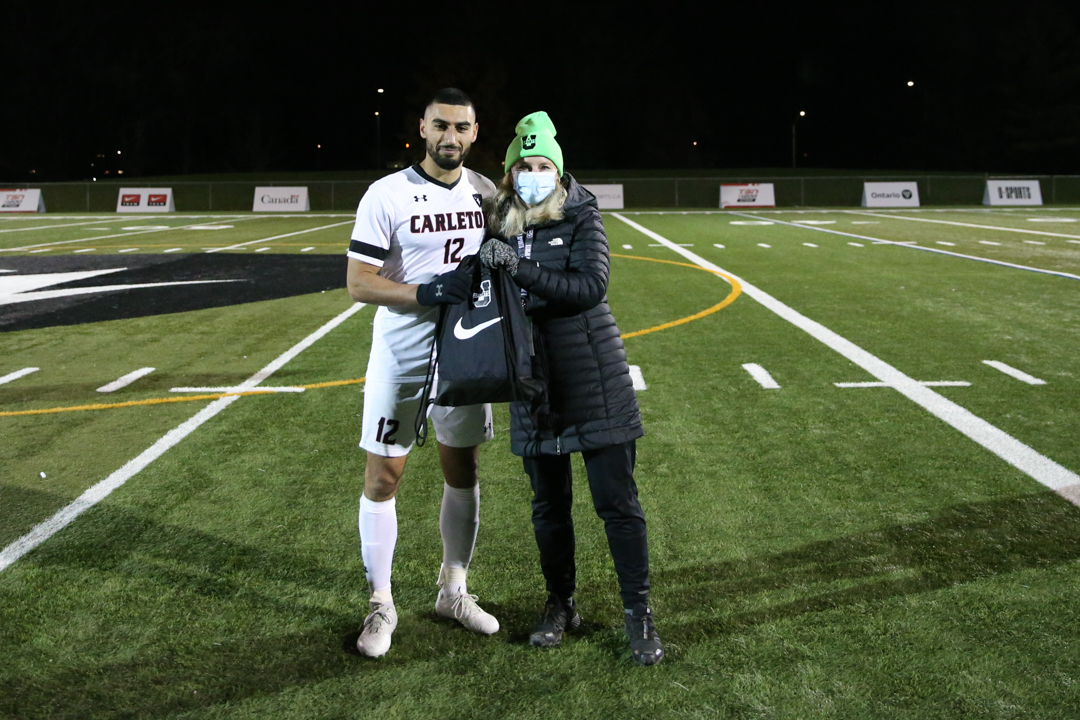 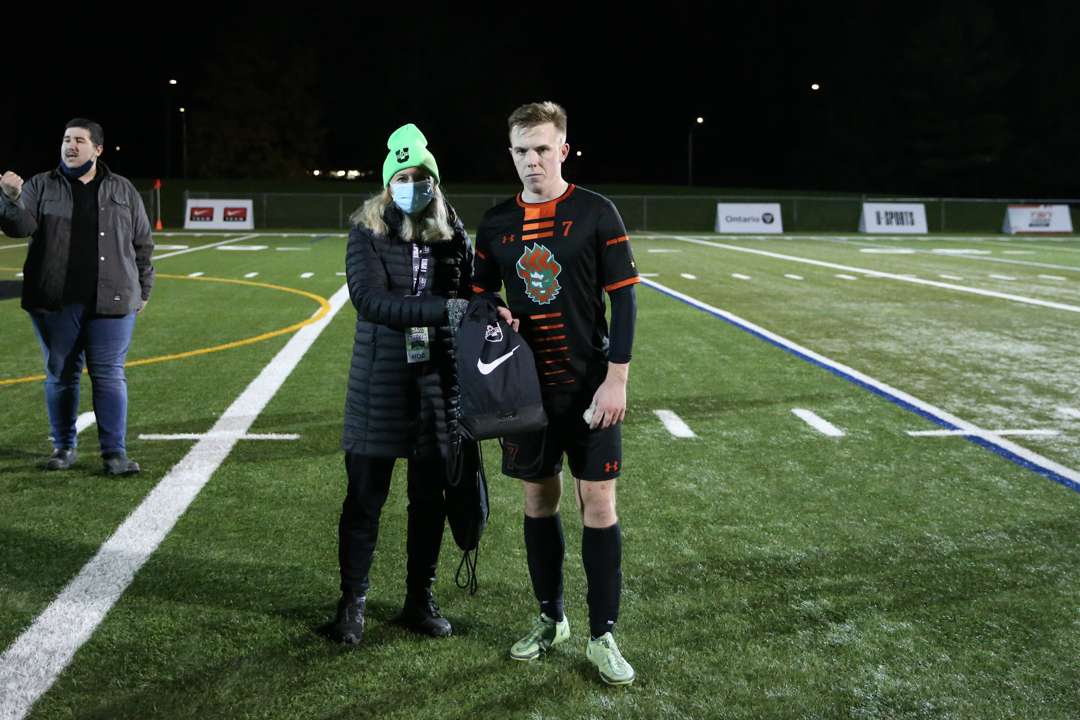