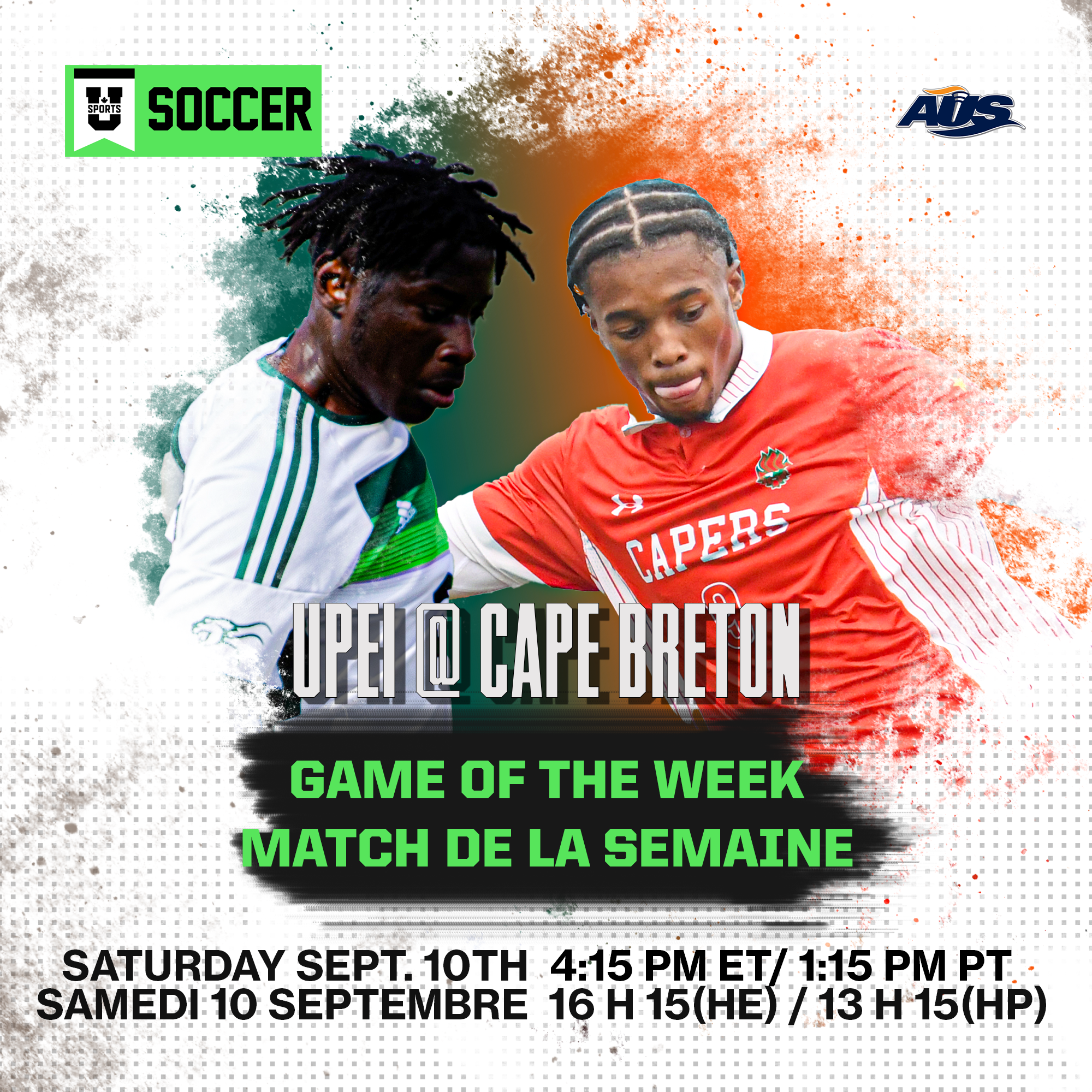 The top-ranked Cape Breton Capers will kick off their quest for a sixth-consecutive AUS crown this weekend, starting the AUS campaign against the UPEI Panthers.

Cape Breton will rely on All-Canadian midfielder Jose de Cunha as the stalwart of the midfield and last year’s U SPORTS leading scorer Kairo Coore for an offensive jolt.

As a rookie, UPEI’s Samuel Akinsola was the leading scorer for the Panthers, scoring four regular-season goals. The second-year student-athlete will hope to build from his successful rookie campaign and will be tested by the stout CBU defensive corps.