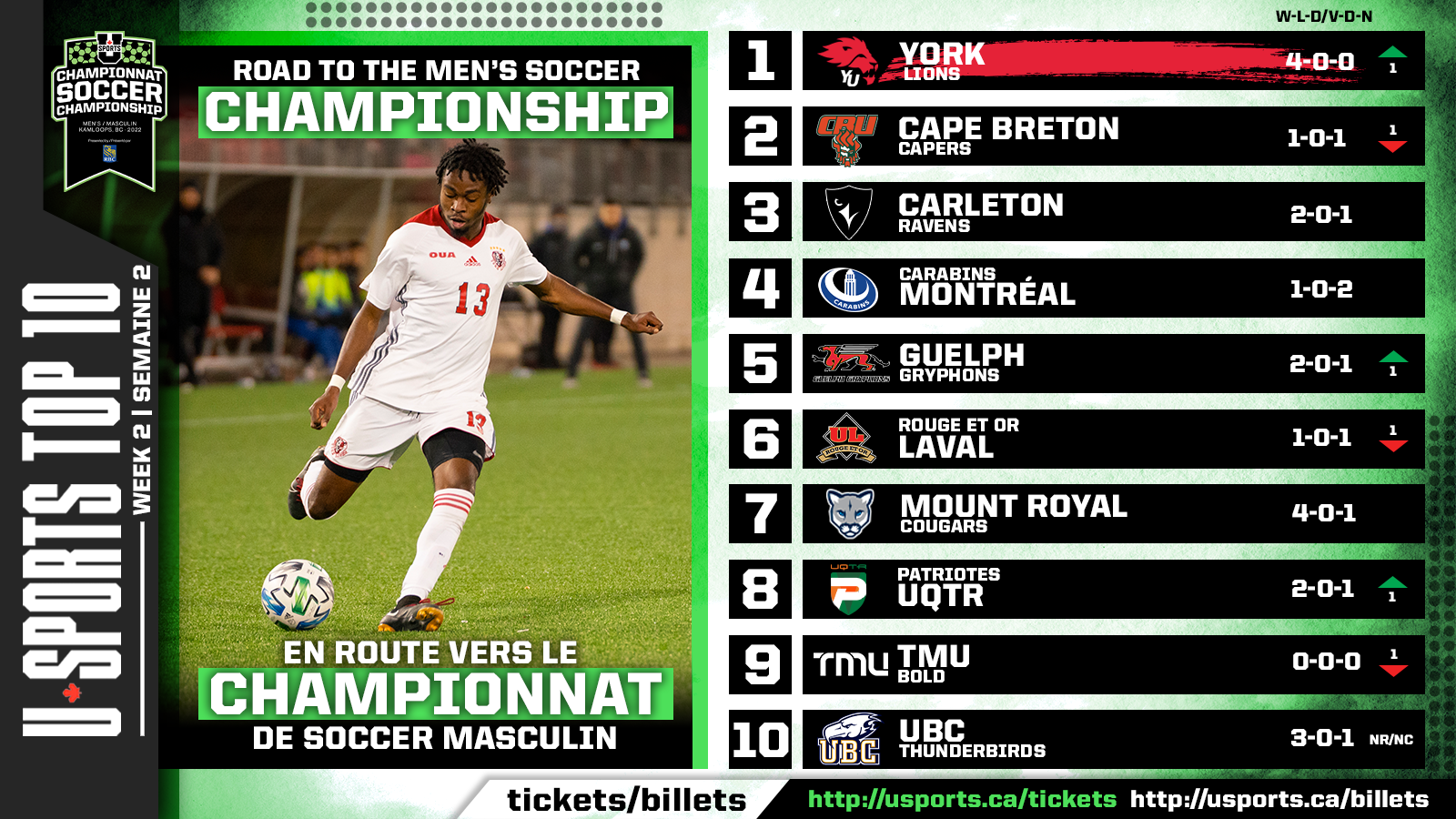 Back-to-back shutouts helped propel the York Lions to the top of the U SPORTS men’s soccer rankings with a perfect 4-0-0 record to start the season.

The Lions moved up one position and pounced over the previous top-ranked team, the now no. 2 Cape Breton Capers who played the UPEI Panthers to a draw in their opening game of the campaign before shutting out the Saint Mary’s Huskies 1-0 on Sunday.

The no. 3 Carleton Ravens and no. 4 Montréal Carabins remain unchanged, while the no. 5 Guelph Gryphons jumped the idle no. 6 Laval Rouge et Or after a 1-1 draw with the McMaster Marauders. Mount Royal remains at no. 7, while the Patriotes from UQTR and the TMU Bold switch spots at eight and nine respectively after Les Pats posted a 1-0-1 weekend. The UBC Thunderbirds moved into the rankings at no. 10 after topping Trinity Western 3-1 and blanking the Fraser Valley Cascades 3-0.

It’s a quiet week for Top 10 match-ups on The Road to the 2022 U SPORTS men’s soccer championship presented by RBC with only one head-to-head contest between ranked teams when the no. 7 Mount Royal Cougars travel to Vancouver to face the no. 10 UBC Thunderbirds on Saturday.

Men's Soccer Game of the Week: UPEI @ No. 1 Cape Breton