Every week U SPORTS previews the game of the week nationally and highlights other key match-ups in each of the conferences. 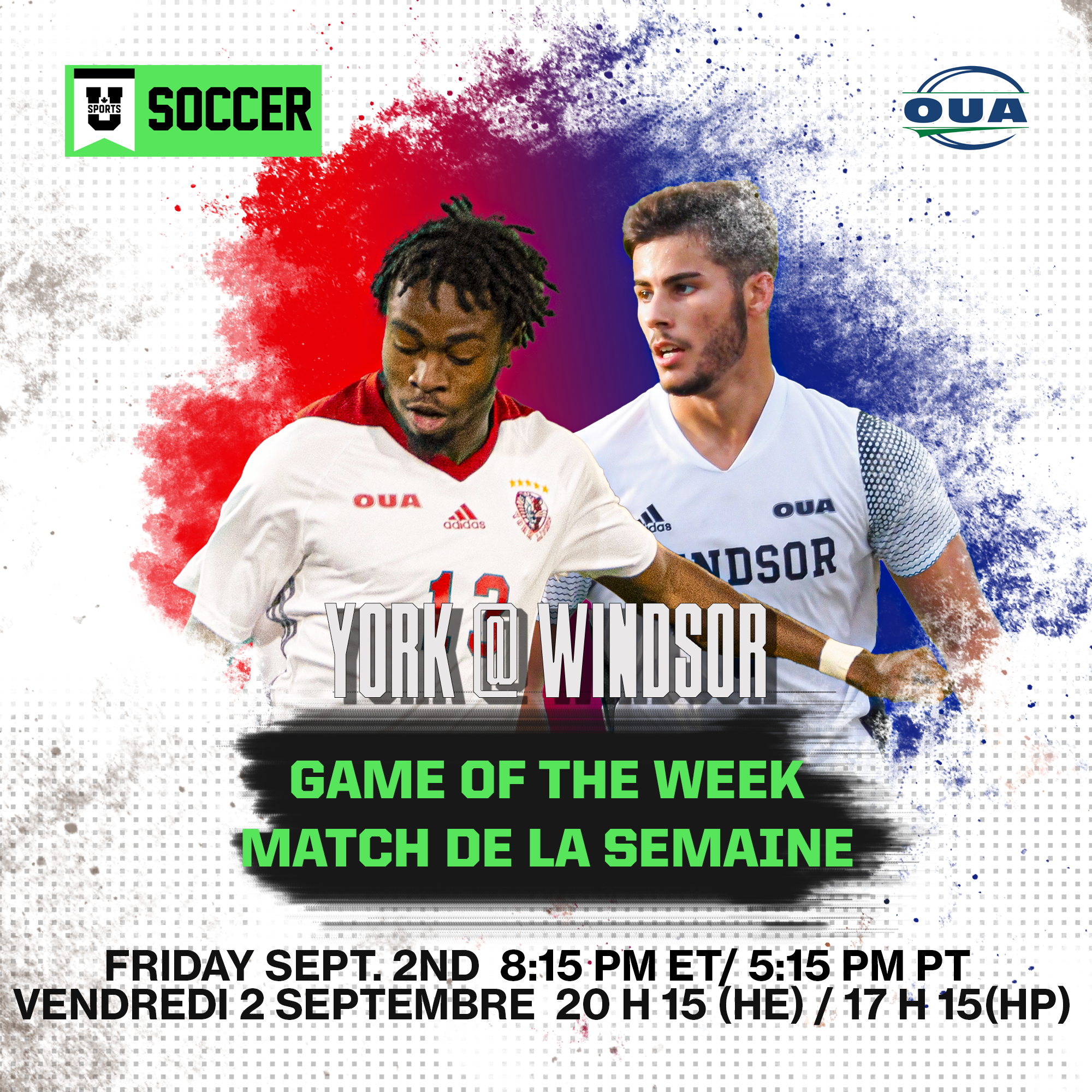 The York Lions will kick off the 2022 men’s soccer season with a tough road fixture against the Windsor Lancers.

York, who led the OUA East conference with an 8-1-1 regular season record in 2021, will be looking for redemption after narrowly missing OUA gold versus the Guelph Gryphons.

York will rely on forward Dieu Merci Yuma up front. The first-team All-Canadian led the OUA with 14 goals and five assists in 2021 and is an immediate contender for the Joe Johnson Memorial Trophy as the U SPORTS Player of the Year.

Windsor keeper Brandon Gaudreau, who made 17 saves in three starts as a Lancer last year will have his hands full with the potent York attack. Gaudreau will be the bonafide starter for Windsor heading into his second year of competition.