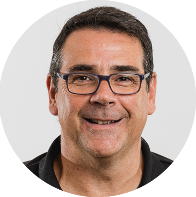 1. How did you first get involved in coaching? What was your path to your position as head coach of Université de Montréal?

It all started because someone asked me if I wanted to be a coach and I just said yes! It was Jacques Goulet, a member of the Quebec Swimming Hall of Fame, a guy from Quebec City who had his club, but needed a coach. I was an ex-swimmer, but I wasn’t studying coaching or anything sports-related at university; I was in math.

I said yes immediately and 34 years later, it's still what I do!

It was seeing my father work that pushed me to get there. When I was young, we swam but there was no coach in our club. He had no experience, but he still accepted the challenge of coaching us. He loved it and gave me his passion.

He died young, but it motivated me to continue what he started. He was so determined! He coached as a volunteer. He read books about coaching and learned more about his job.

I’ve evolved over time and now, I’m a little more democratic. When you work with student-athletes, you also need to know what you can bring them, what they need. Basically, I'm more of a guide.

I also listen a lot more than before. It's really a team effort with the athlete and the strength and conditioning coaches. When I was younger, I was more directive, but we coach as we were coached! When I was at university, that's how it worked. 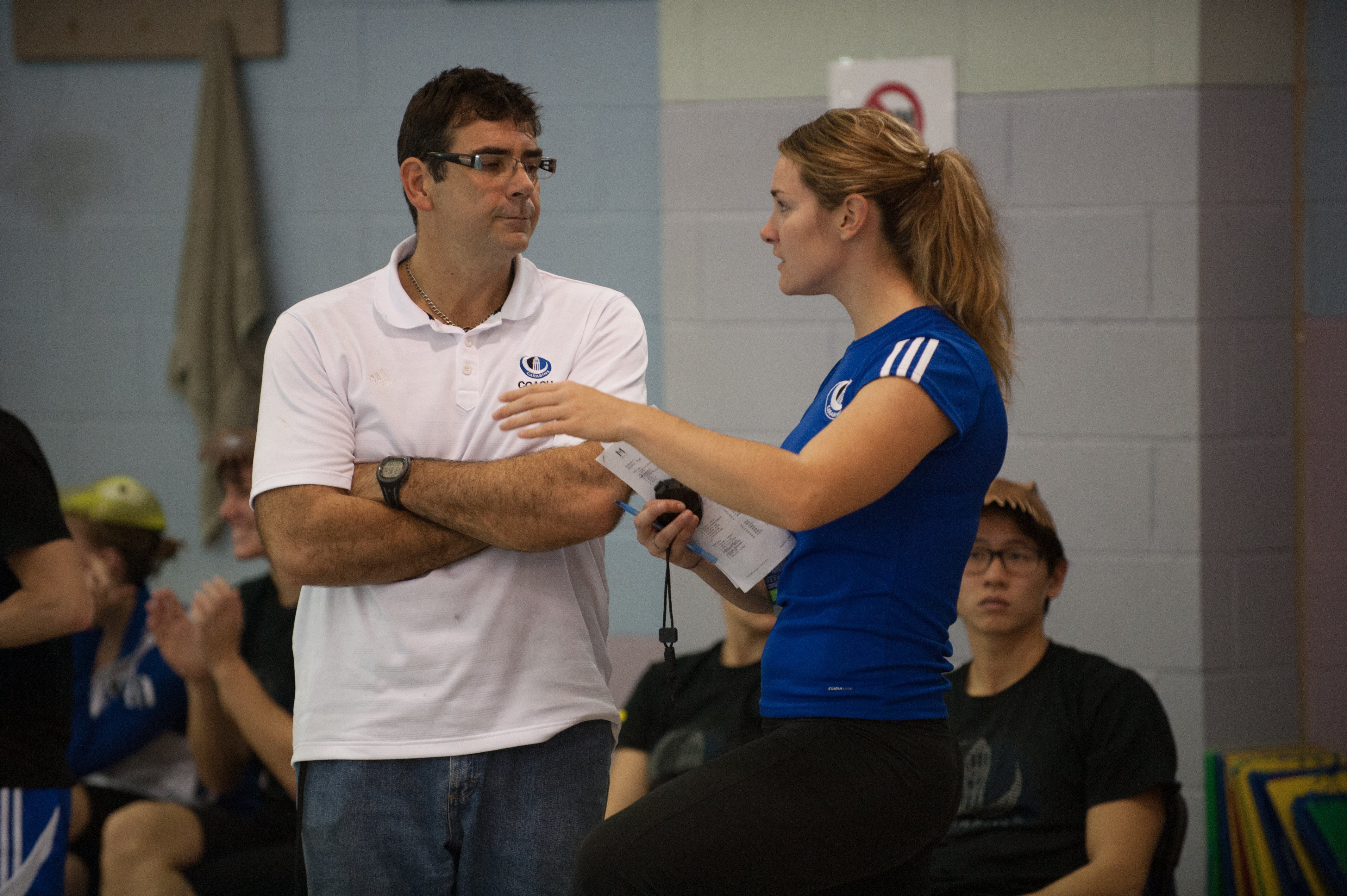 There isn’t one particular coach I admire. I’m inspired by several people, but not one in particular.

Once, in a freestyle event, I decided with an athlete that she would “kick fly” for the last 75 meters.

I didn’t even know if it was within the rules at the time, but she wasn’t disqualified. Subsequently, we corrected her technique, but we didn’t revolutionize the sport! At that time, she was good like that, so we tried something out!

My best moments were when I was working with the Paralympic team. When I entered the stadium at the Games (Beijing, 2008) it felt pretty special.

When I was 13, I was at the Olympics in Montreal with my dad and I saw some swimmers who were not very good! My father explained to me that it wasn’t the strength of some countries and that you had to make the national team (to qualify for the Olympics). From there, I wanted to go to the Olympics and it took me 28 years to go to the Paralympics.

If we win a Canadian university championship someday, it will become the best moment in my career! In Quebec, this title has only been brought home once, by McGill in 1972. 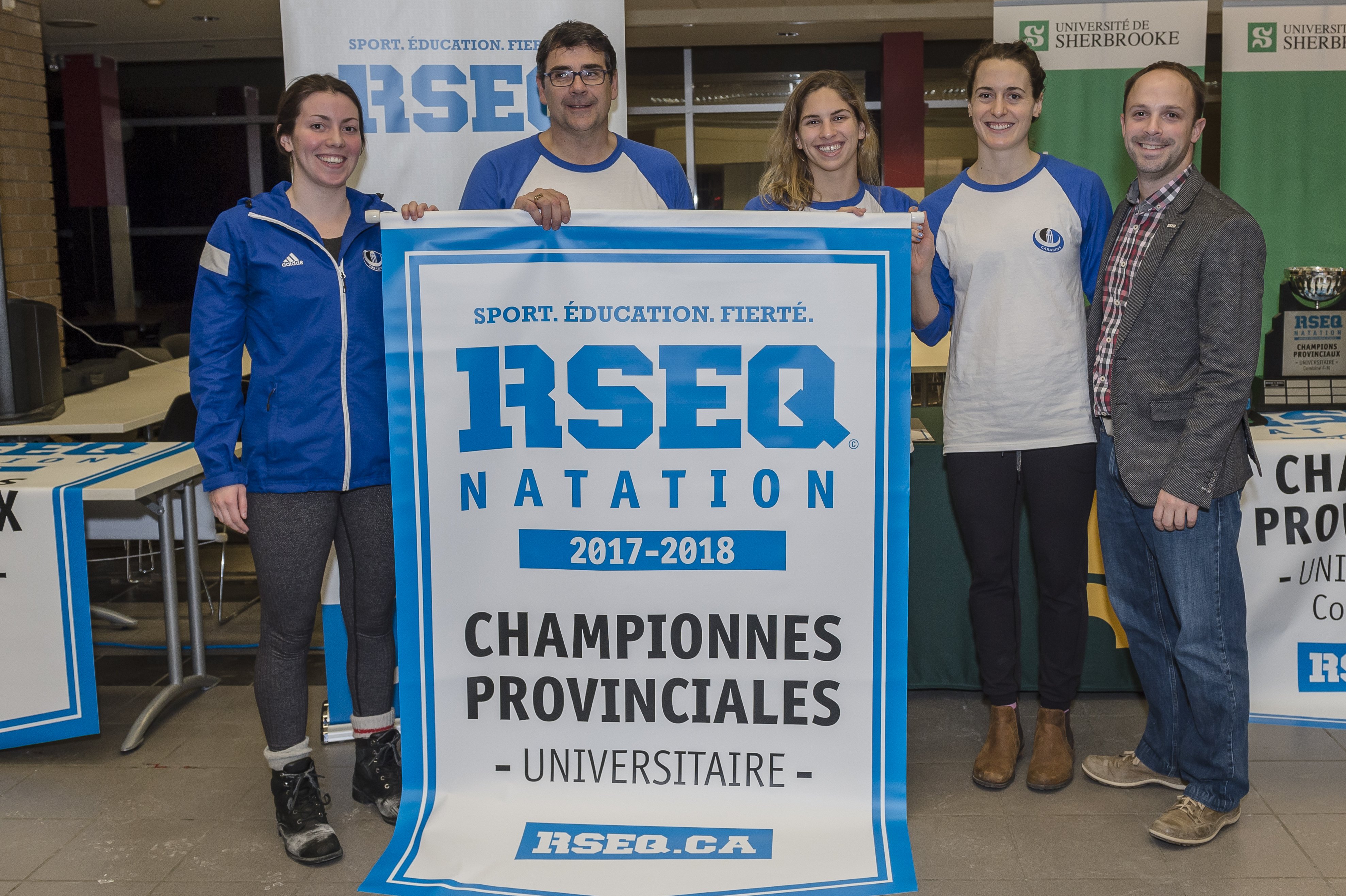 Be yourself. We need to do what we can, and not what we think we can do. Basically, you have to control what you do. It's good to dream, but you also have to be realistic.

Also, I often say that you have to be perseverant. You have to climb one step at a time, but make sure you can make it.  Even with natural, raw talent, you don’t achieve excellence without being perseverant. Michael Phelps, at 10 years old, didn’t know what he’d become. He struggled in school…everyone lives difficult moments; you just have push through them.

I really like to work more as a team. We need to work with everyone around us to help the athlete make their way.

In this context, teachers play a big role. When we go to nationals, I have to supervise a girl who is going to do an exam on the train, so there is a lot of coordination with the teachers.

You can’t show up and say, “I’m going to decide how things go,” and expect it to be fine. There’s a lot of teamwork, and I love that!

In the summer time, I like to go cycling and play golf. In winter, I spend a bit more time inside. I like relaxing in front of a fire and watching TV shows.

When I was a coach in the Quebec City area, we booked a hotel in Vancouver and it really wasn’t up to par. We changed places really fast!

It was the cheaper option, but we stayed there only for one night! We were going to the Junior Championship, so there were young people with us. I wasn’t proud of that decision.