QUEBEC CITY (U SPORTS) – The UBC Thunderbirds men’s team and the Toronto Varsity Blues women’s team have strengthened their lead atop the standings on Day 2 of the 2022 U SPORTS Swimming Championships at Laval University in Quebec City.

The last time a team other than UBC won the women’s U SPORTS banner was Toronto back in 2016, the last time Laval hosted the national event.

“We love this pool! We really like to come to Quebec City, there’s something in the water that’s good for Toronto, said Byron MacDonald, head coach of the Varsity Blues. Tomorrow, basically, we just need to maintain the momentum. When you are on a roll like this, the student-athletes get a more positive feeling and I think we’ll see some best times again tomorrow. »

On the men’s side, Thunderbirds’ head coach Derrick Schoof praised his athletes’ performances. “I couldn’t be more pleased that both our men and women are really stepping up. The men’s 100m backstroke tonight was really fun to watch. To see our guys go 1-2-3 was really special, he said. It’s a tough meet, these three days are really tough, so for tomorrow it’s a matter of getting some good sleep tonight, warming up well in the morning and getting a lane for the afternoon. » 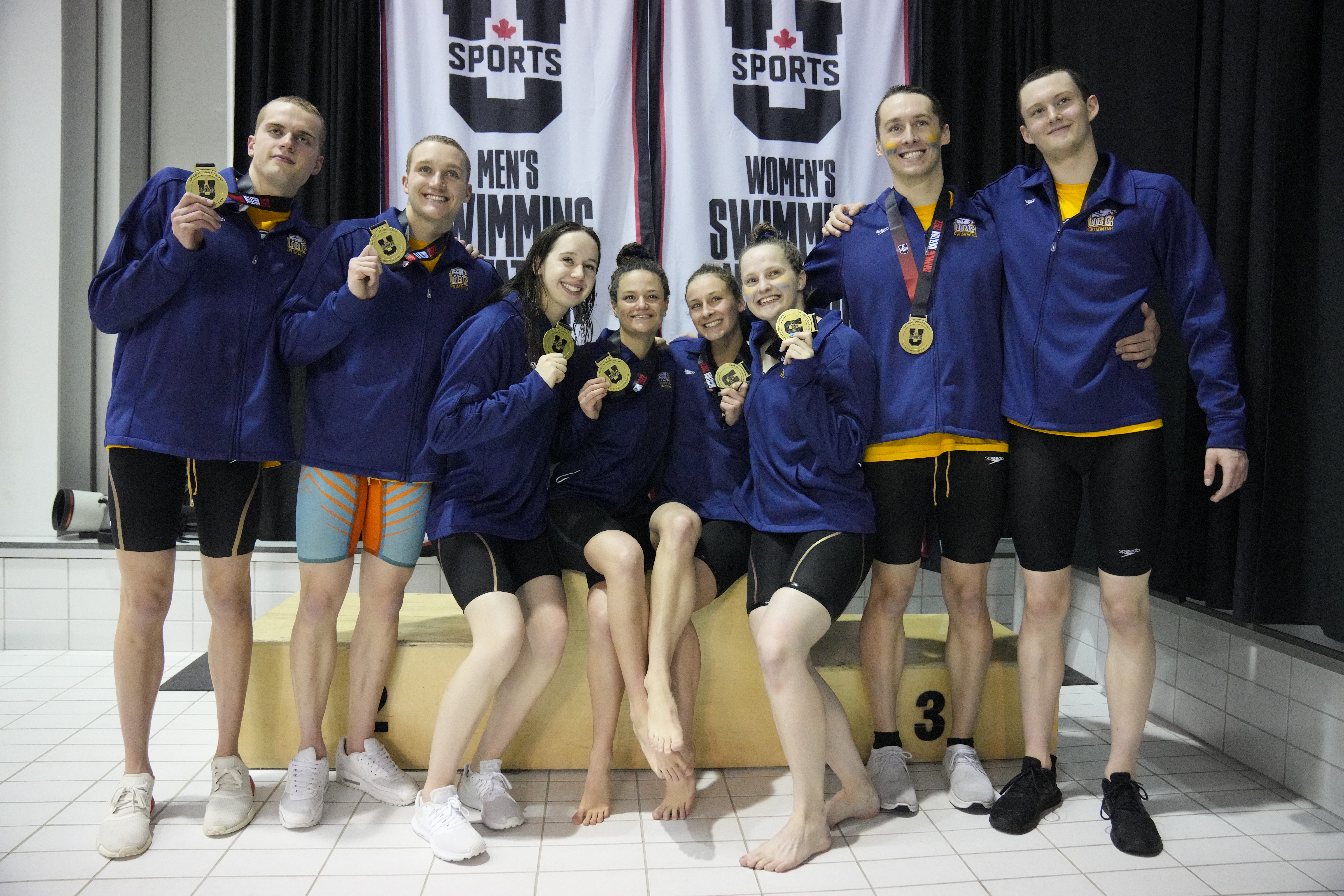 For a second straight day, McGill’s Clement Secchi etched his name in the U SPORTS record books. After breaking the 100m butterfly mark on Thursday, the Frenchman took care of the 50m butterfly on Friday, setting a record at 23.23 seconds in the preliminary rounds, before improving it in the final with a time of 23.05. Secchi later came 0.05 second away from setting another record in the 200m butterfly, dominating the event with a time of 1:54.61 to add a fourth gold medal to his weekend’s total. Secchi completed the evening with a great effort to anchor McGill’s 4x200 freestyle relay from fourth place to a silver medal. It was the Redbirds’ swimmer’s sixth podium in two days. 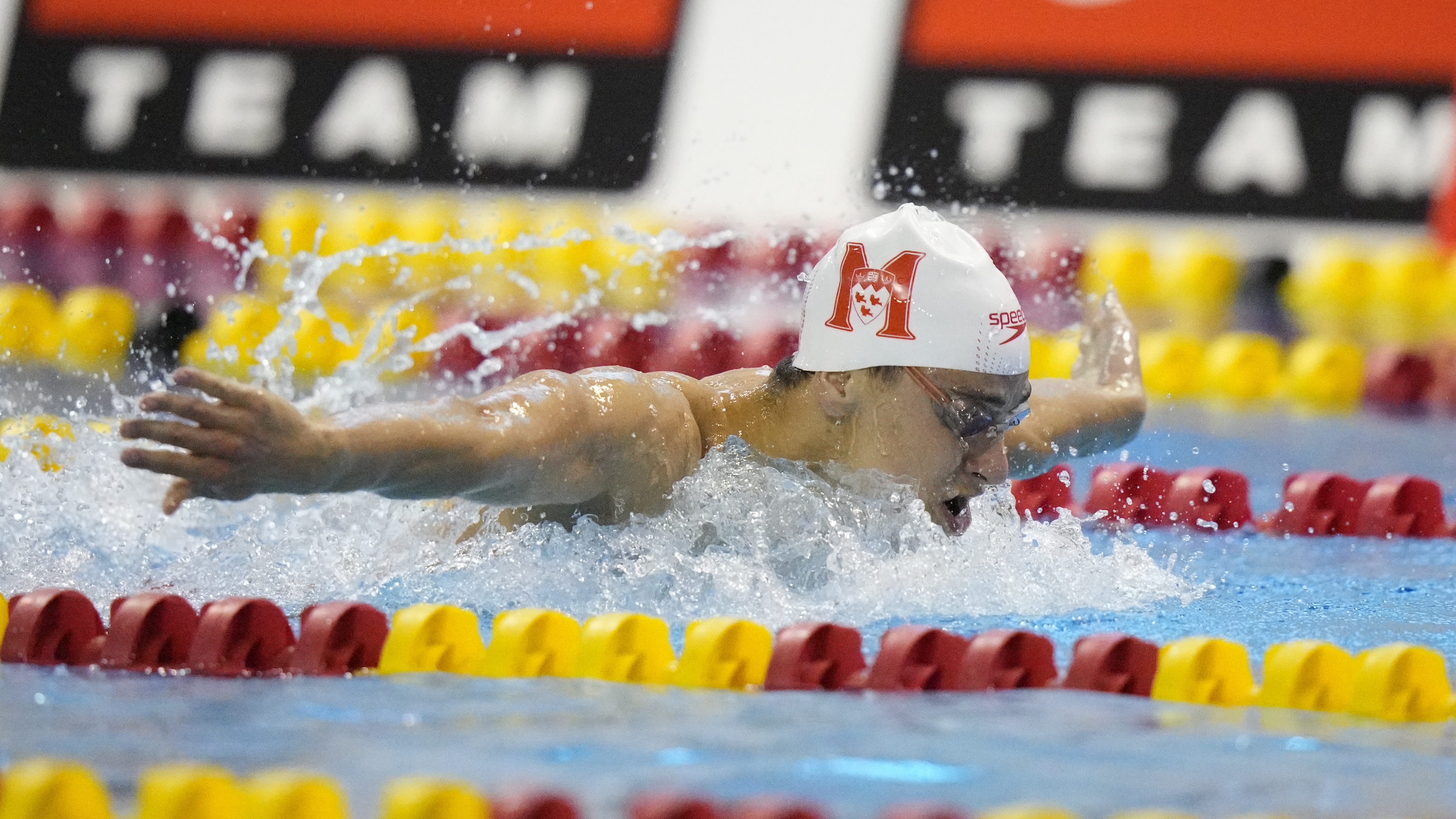 Danielle Hanus won a second and a third gold medal on Friday. The UBC athlete first dominated the 100m backstroke final touching the wall in 56.60 seconds, close to three full seconds ahead of the second-place finisher. She then contributed to the Thunderbirds’ gold-medal performance in the 4x200m freestyle relay.

Rebecca Smith of the University of Calgary also added a third gold medal to her haul, this time winning the 50m butterfly in 26.39 seconds.

Laval Rouge et Or’s Mehdi Ayoubi brought the local crowd to their feet with a strong showing in the 50m freestyle final with a gold-medal winning time of 21.73 seconds, the hosts first gold medal since the beginning of the meet.