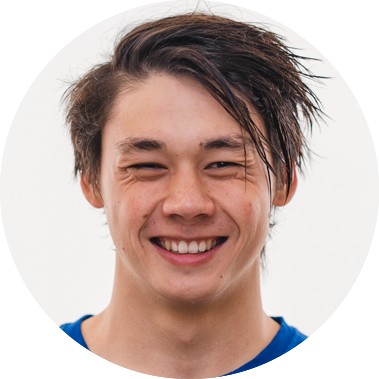 1. What attracted you to Université de Montréal?

From the age of 7, I participated in the CEPSUM day camps. These were my first moments of contact with this pool. Much later, I swam four years under coach Marc-André Duchesneau, a former Carabins and the current coach of the team. He was always so passionate when talking about the Bleus, and God knows that at 14 years old, that type of thing can get you dreaming.

At the same time, the Olympic Stadium pool where I was training was closing for major renovations and we were looking for a pool. Every Monday, we ended up training with this awesome team. It was a rewarding experience, where we, Duchesneau’s little “kids” were welcomed with open arms. It’s often said that life is in the people we meet, and people like Pat Angeloro, Benoît Huot or Xavier Desharnais played a major role in how we were received.

Like Marc-André, they had that spark and an immeasurable love for the Carabins. Years went by, but the Bleus had had a lasting effect on me. In the meantime, I did a trial with the Rouge et Or, but despite their good intentions, my heart had already been conquered years ago.

Finally, my choice of program was only offered at the Polytechnique and Concordia, but Concordia doesn’t have a swim team and besides, my English isn’t the best. Sometimes things are just meant to be!

To be clear, I only have one year of experience in the league, but for now the best moment of this season was the team victory at the RSEQ Championships. I had never been on a team that was so determined to win. This is largely thanks to our captains Elysa Vaillancourt and Antoine “Pumped” Bujold who did a great job of cultivating this energy within the team. I didn’t just gain a sense of personal pride from this, but also a sense of having participated in something much bigger than myself.

I rarely think about the future. It’s so malleable, and everything depends on decisions that are being made right now. It's almost like the saying in a fortune cookie: you don’t really understand what it means, but it still makes you happy because there’s a little phrase in your cookie, and it’s fun to crack it open. 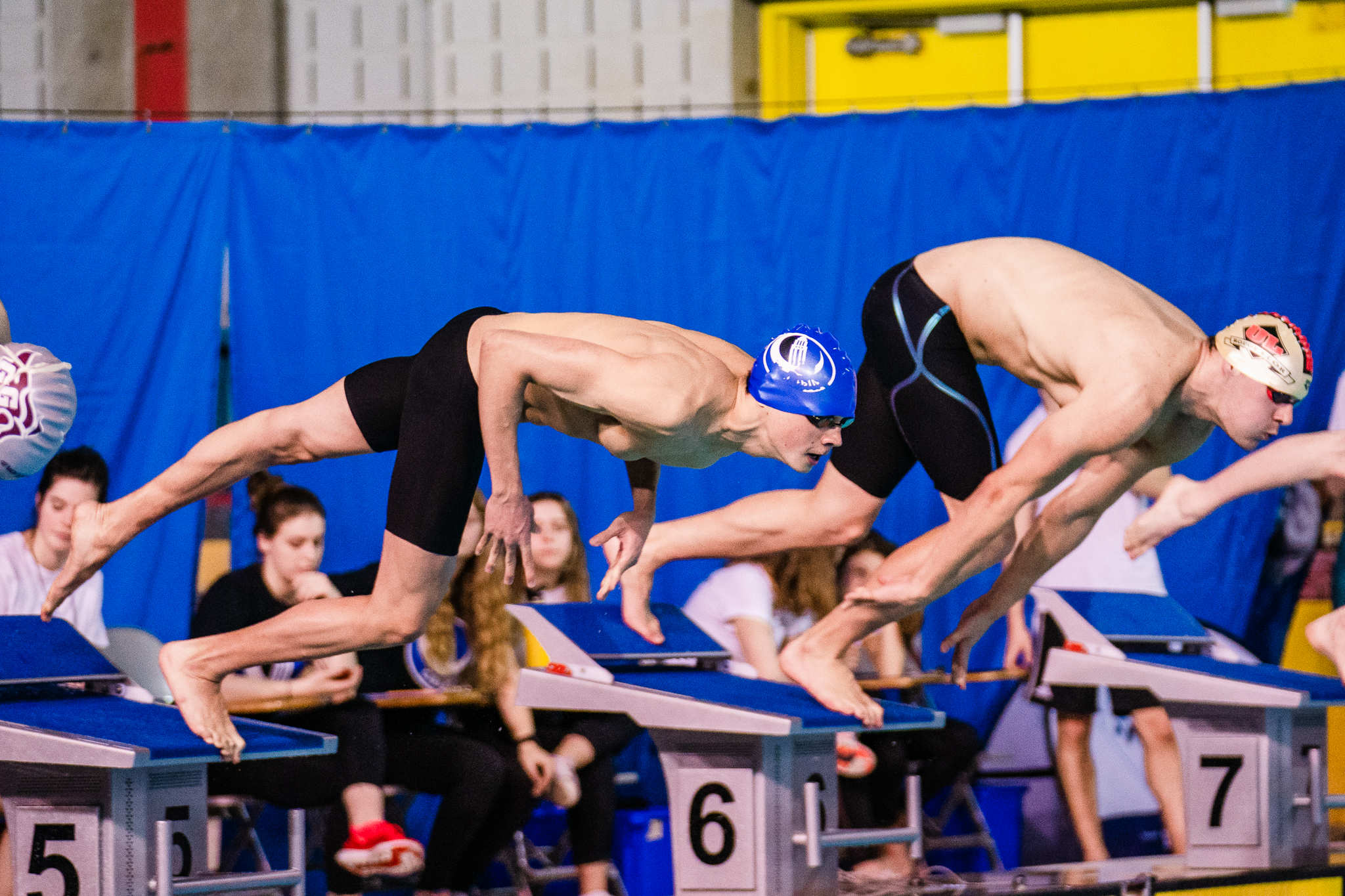 I’m bringing him up again, but Marc-André played a crucial role in my career. It was with him that I made it to my first nationals, my first Canadian Olympic trials, my first national team and my first medals on the Canadian stage. The best gift a coach can give his athlete is to believe in him and support him, which he always did. I thank him so much for the time he has invested in each of his athletes, including myself.

And since I’m on a roll, I’d also like to extend a shout out to Michel Tremblay, who taught me to win and lose with humility and to encourage others. Tom Rushton who taught me to swim with my head, and I quote: “It's not how fast you swim, but how you swim fast.”

Rosine Castonguay who encouraged me to compete when I was a little Chinese-Malagasy-Quebecois who was afraid to wear a speedo. If only I had never seen Elvis Gratton in a speedo…the trauma would have been so much easier to bear.

There are so many people with whom I’d at least like to have a beer. A whole dinner can be a bit much, especially if we run out of things to say; it could get awkward. I would especially like to thank these people for what they brought to sport in general, but also to the world. People like Tommie Smith and John Carlos who raised their fists in protest for African American civil rights or Kathrine Virginia Switzer, the first woman to run the Boston Marathon.

I have my little routine that never changes, and I have a specific moment when I put my goggles on before diving. There are also several sweaters or bathing caps that I just don’t wear anymore because I had a bad race on the day I wore them. Always on the verge of crazy, but as the Danes would say, “Being a little crazy makes life exciting.” The trick is to give away the sweaters you don’t want anymore to young athletes. Makes them ultra happy, while you get rid of your cursed clothing.

I don’t listen to music before my races. It might seem strange to some, but I need the ambient noise to feel "present" and not alone in / with my head. Meditation is really not my thing, but hyperactivity… a little, yes. It's weird, I tell you, but as the Danes would say: “He who wants to eat eggs, must endure the chicken.” 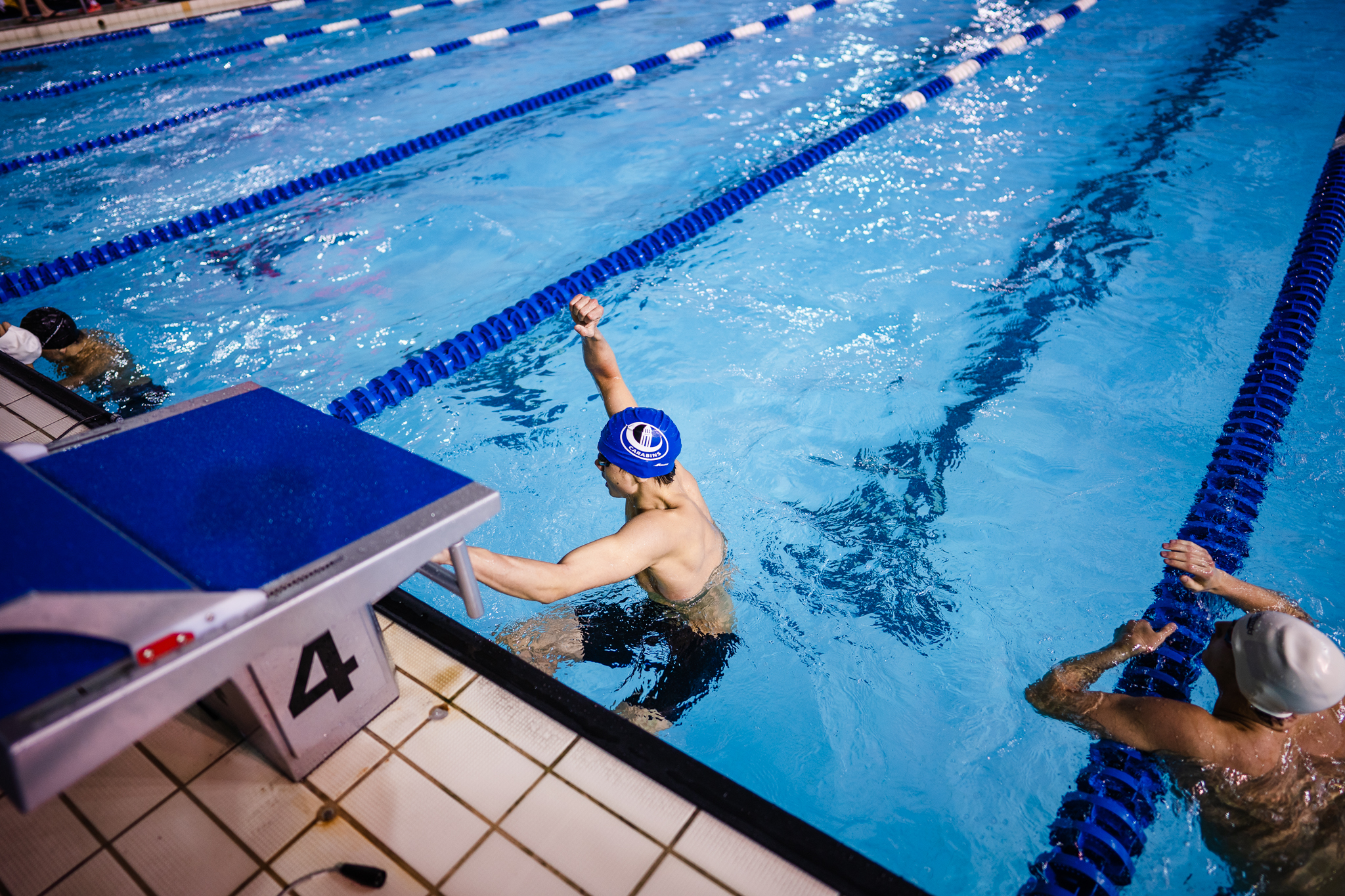 Nicolas Masse-Savard. He played in a Xavier Dolan film and is sponsored by Barista.

Other than that, I'm not really into social media. I don’t have Instagram, my Facebook account was created by a friend and I was stronglyencouraged to create my Snapchat account. In elementary school, I almost had MSN, but instead my Mom convinced me to make me a Hotmail account. My Mom was really avant-garde.

Fencing! Fighting with a sword (saber, foil, etc.) seems pretty cool to me. It would also be a flashback to my childhood. #LordoftheRings #StarWars #Hello,mynameisInigoMontoya,YoukilledmyfatherPreparetodie.

A hole in my bathing suit at exactly the wrong place. I realized it just before my race, I didn’t have time to change. I would like to reiterate my apologies to the timekeeper who was right behind me when I leaned over for the start. In those few seconds, the scenery was definitely quite stellar!