QUEBEC CITY (U SPORTS) – It’s now been two years in waiting, but Saturday night in Quebec City, we finally celebrated the return of university national championships once again. The 2022 U SPORTS Swimming Championships at Laval University in Quebec City are now officially in the books and for a fifth straight season, the UBC Thunderbirds are standing atop the men’s podium, while the Toronto Varsity Blues climbed on the highest step in the women’s competition for the first time since 2016.

The Thunderbirds have clinched their 19th national championship, tying Toronto as the most decorated men’s swimming program in the country. UBC completed all 38 events on the weekend with 1,207 points, way ahead of the Calgary Dinos (917.50) and the McGill Redbirds (757). In the women’s competition, Toronto picked up no less than 1,359.50 points at the conclusion of the 38-event program, comfortably ahead of UBC (1,039) and Calgary (888). This is Toronto’s 16th title in the program’s history.

“It’s been a long time since I jumped in the pool, but this is a special team and I think it called for it this time around,” said Thunderbirds head coach Derrick Schoof who jumped fully dressed in the water of the Centre Aquatique Desjardins. “It’s been two years in the making. To see our team persevere, work so hard and come together as one is special. Winning is fantastic, but seeing how great kids are with each other, support one another… they just showed tremendous core values all weekend long and all year long. »

Soaked from head to toe, Blues’ head coach Byron MacDonald still had a huge grin on his face after his team’s victory. The last time Toronto won the women’s title goes back to 2016, when the event was also hosted by Laval University. 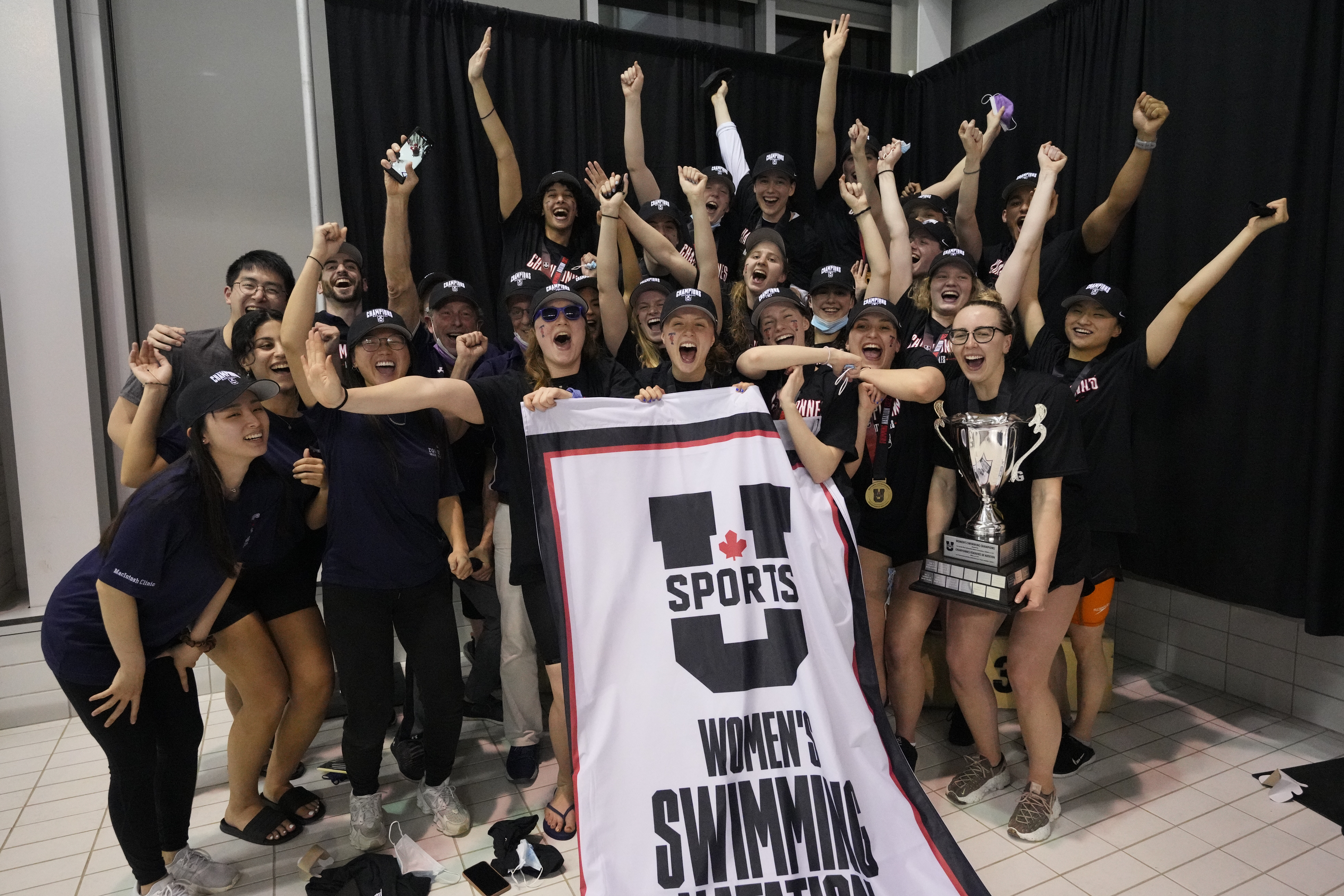 “It’s been a long process to get here. We didn’t think it would be this big of a win to be very honest. Our women swam absolutely out of their mind. There is a saying that when you win a big banner, it means a lot to you and you have to jump in the water so I had to go with the girls here, said the 2022 Fox 40 U SPORTS Coach of the Year. Our depth made the difference. We were one of the only team on the women side that had a full complement of 18 women qualified. We actually left three or four at home because we were only allowed to bring 18. We have some stars, but everybody scored points and it was important.”

The most decorated individual athlete on the weekend was UBC’s Danielle Hanus, who unsurprisingly won the Swimmer of the year award after collecting five gold medals (including the 200m backstroke, and the 4x100m medley relay on Saturday) along with a silver medal. “Honestly I don’t really see it as an individual award I see it as a team award. No matter what I do in the pool, it’s still a team-based race. I’ve never experienced something so uplifting, and I’m just proud to be a Bird,” she said.

Concluding the meet with six medals (four gold and two silver), McGill’s Clément Secchi won the U SPORTS Swimmer of the Year award. “I’m very happy since it was a great battle to the end with Sebastian Paulins (Western) and Blake Tierney (UBC). It’s also great to get this award. I was very far from this four years ago so this makes me very happy.”

Three more records were improved upon on Saturday for nine records set over the weekend in the PEPS pool. Lethbridge’s Apollo Hess started the day with a new best time of 26.74 seconds in the 50m breaststroke. Later in the evening, the U SPORTS Rookie of the Year winner improved his personal best and a Canadian senior record with a time of 26.65 seconds.

In the same event on the women’s side, Manitoba’s Kelsey Wog improved a mark she previously shared with Calgary’s Fiona Doyle (30.70), stopping the watch at 30.45 seconds for a fourth gold medal at these championships.

The UBC Thunderbirds improved their own U SPORTS record of 3:32.36 in the men’s 4x100m medley relay going back to 2017. On their last race of the season this weekend, Tayden De Pol, Keir Ogilvie, Justice Migneault and Blake Tierney contributed to the time of 3:29.74.

Female Rookie of the Year Emma O’Croinin of UBC won the first event of the evening, the 800m freestyle, touching the wall in 8:33.35. It was Emma’s fourth gold medal at these Championships, to add to her two silver medals.

NOTE (Swimmer of the Year): Swimmer with the largest amount of points based on their two performances, based on Swimming Canada’s table.

NOTE (All-Canadian all-star teams): All the gold medallists, including the members of a winning relay team are named on U SPORTS’ First All-Star Team for the 2021-2022. All the silver medallists who have not won a gold medal, including during a relay event, ends up nominated to the second All-Canadian Team. 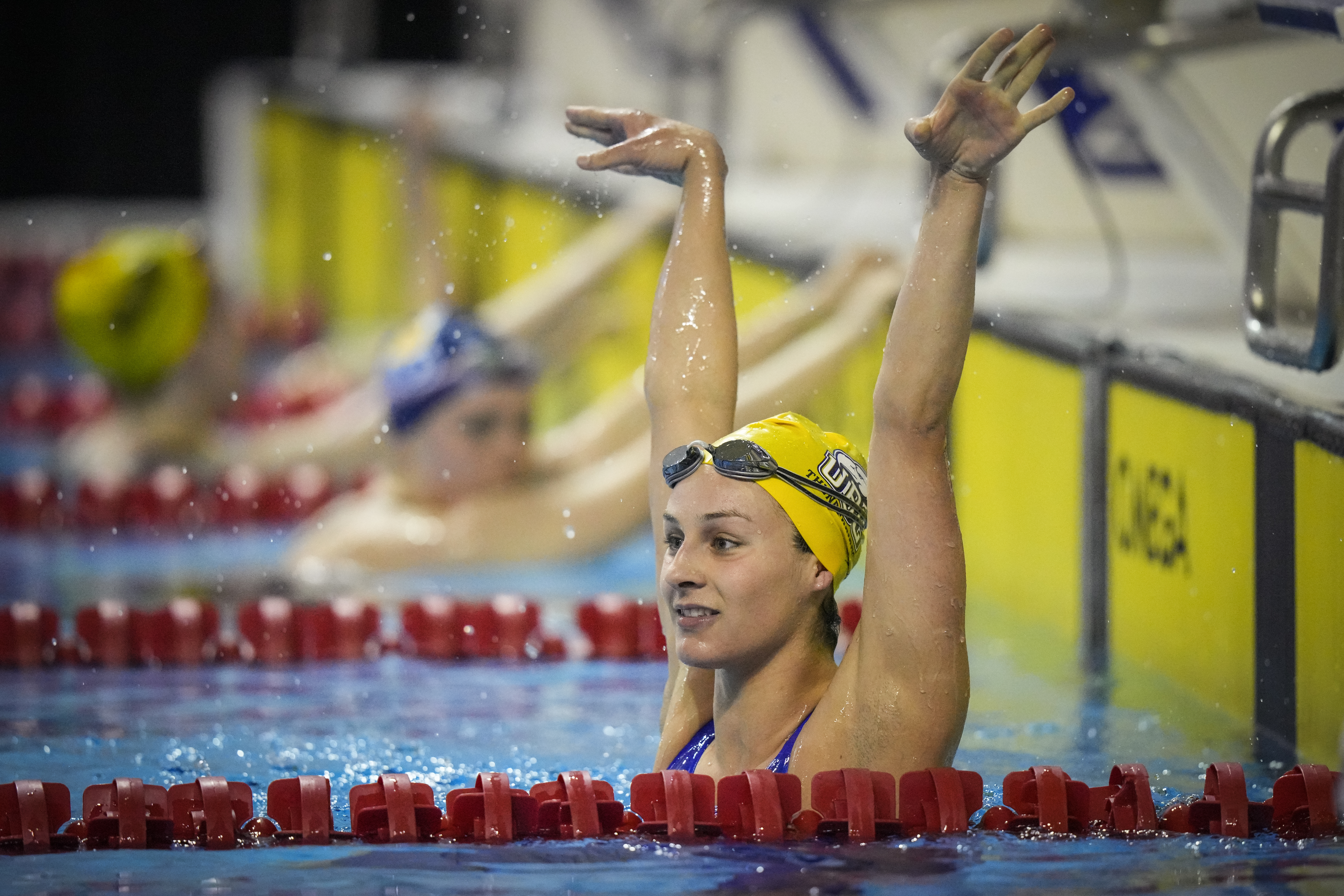 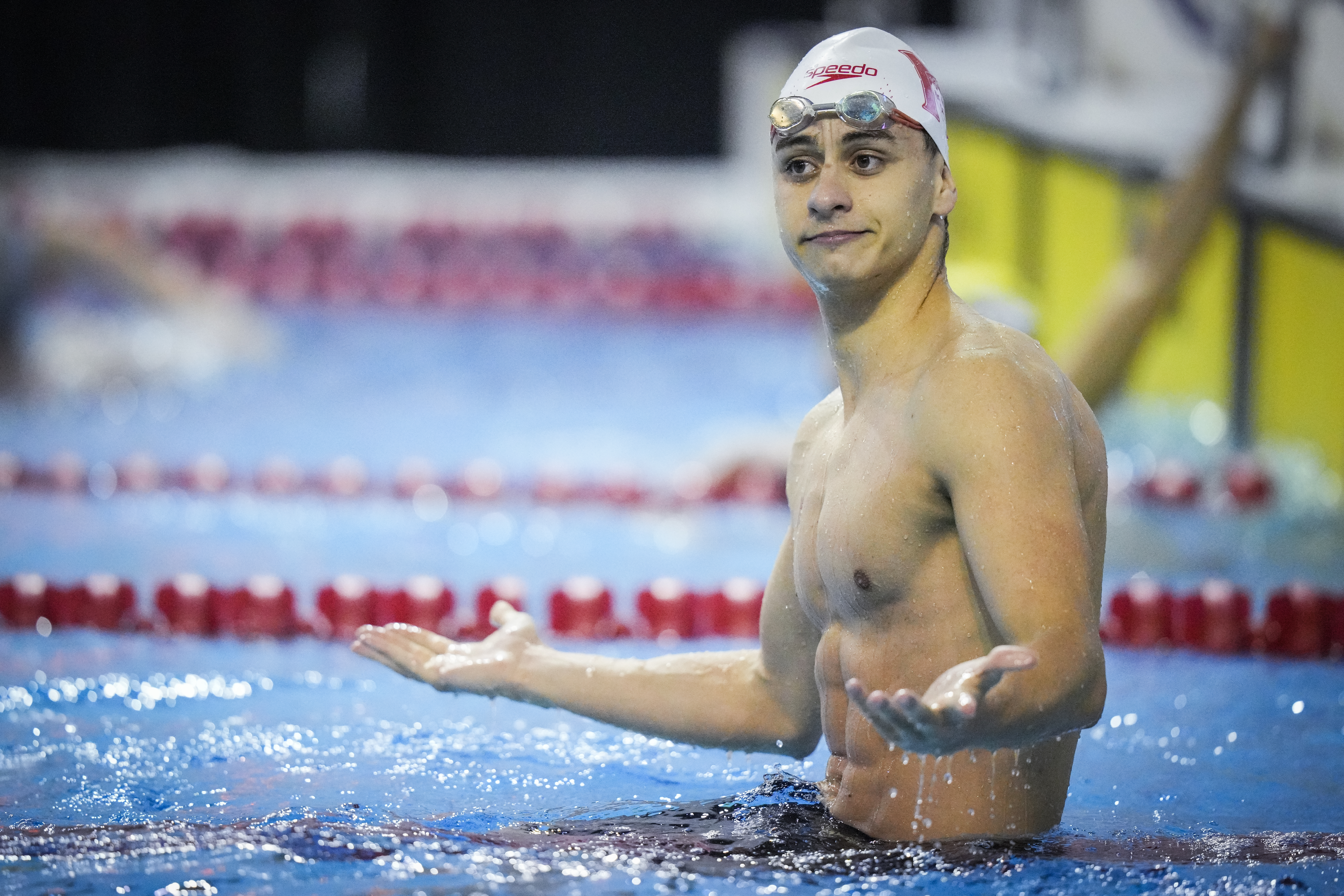