Toronto’s Lucia Stafford, Windsor’s Sarah Mitton, Guelph’s Thomas Land and Lethbridge’s Benjamin Ingvaldson were honoured Thursday morning as the U SPORTS Track and Field Athletes of the Year, as the national season award winners were celebrated at the annual awards luncheon. 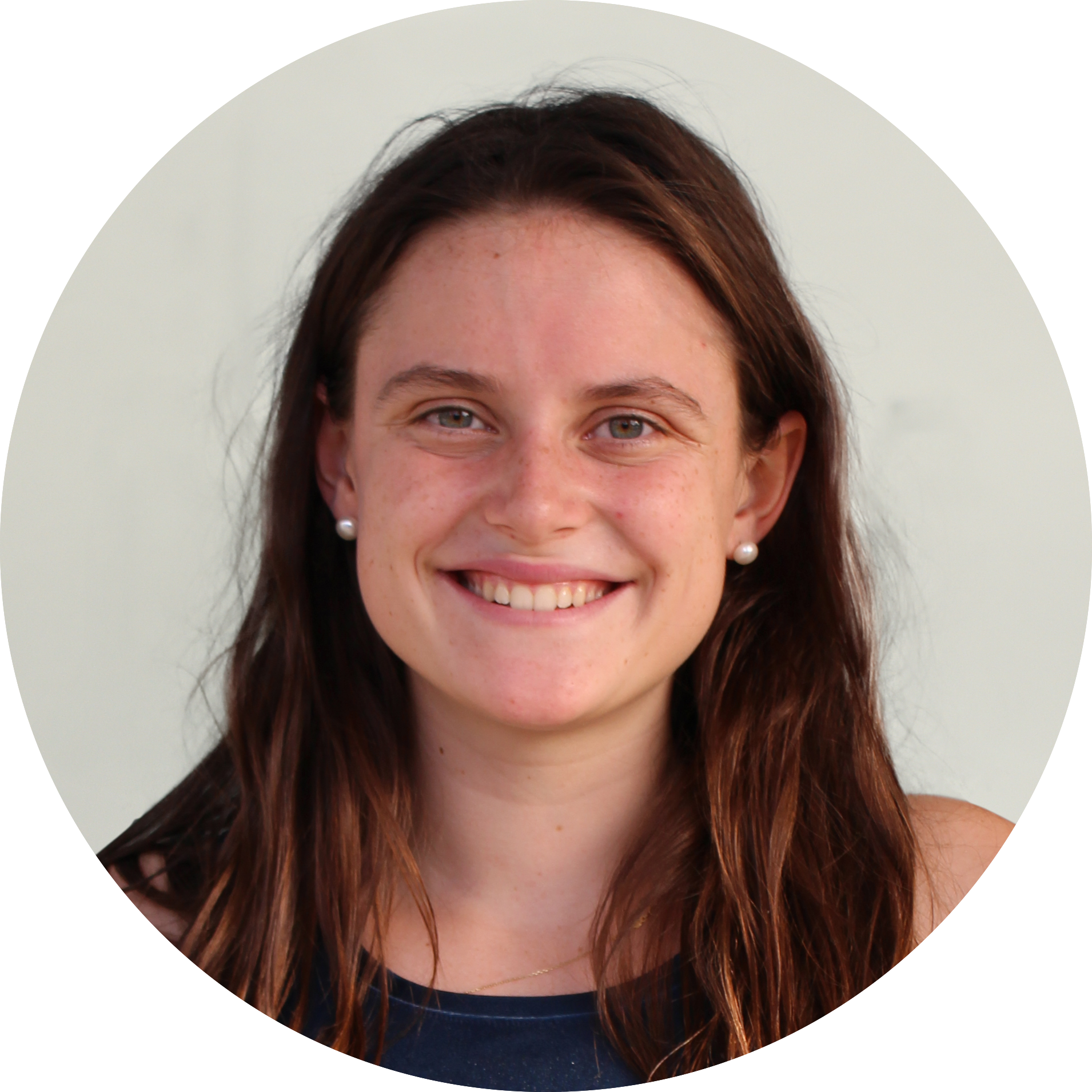 Stafford was nothing short of golden over the two-day OUA championships. On Day 1, the Toronto native took home the 1000m title, leading the race right from the gun en route to running an impressive 2:45.48.

Later that evening, she anchored her team to a 4 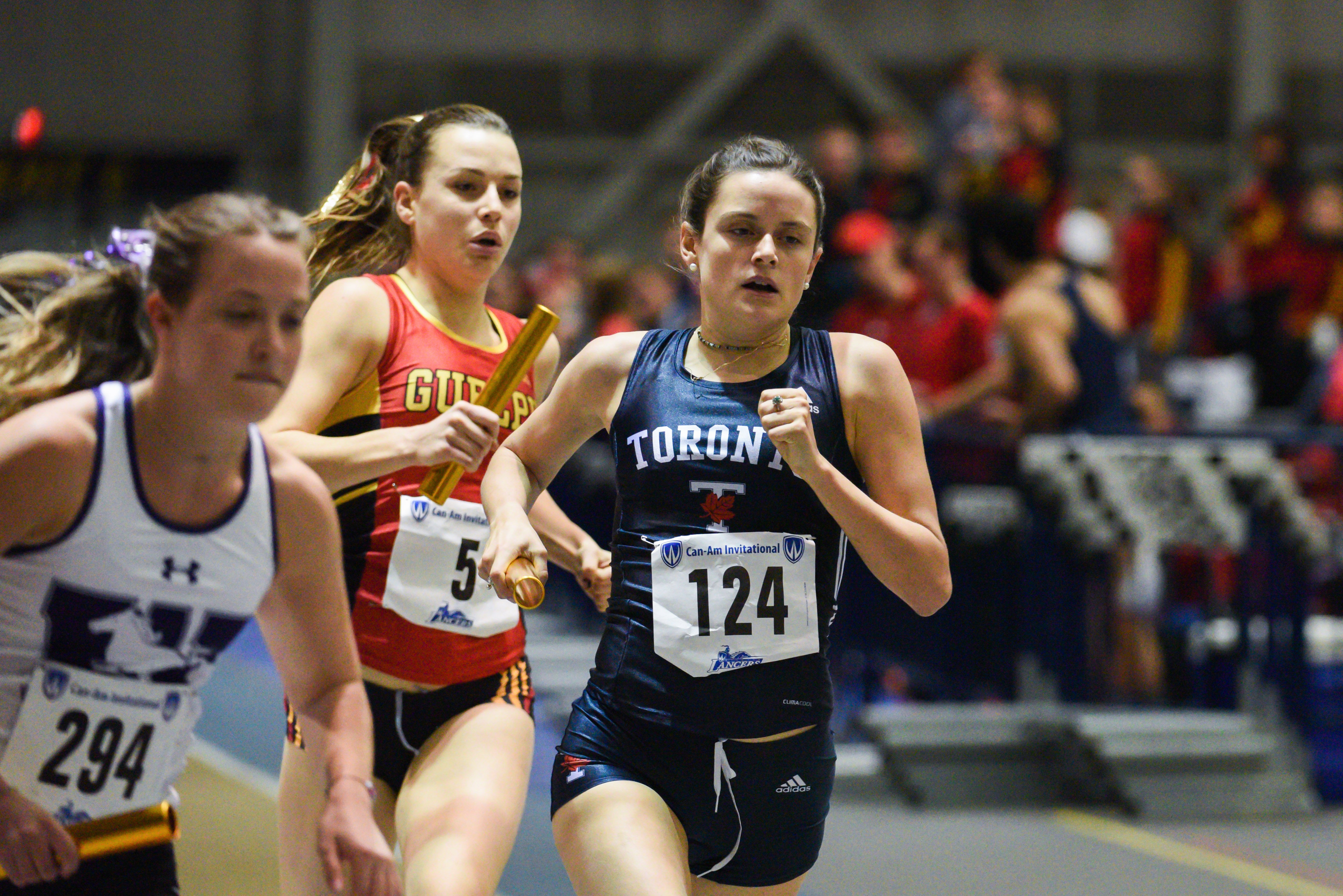 Lucia is one of the most selfless young women I have had the privilege of coaching in our program. She is bright, talented and she is the ultimate teammate. Lucia has clearly demonstrated that she is and will be one of the very best middle distance athletes in the country. 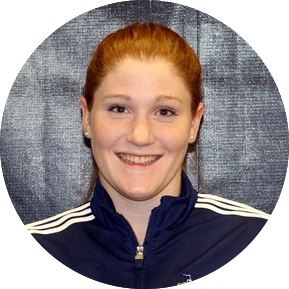 Entering the OUA Championships as the defending champ and No. 1 nationally ranked thrower in the shot put event, Mitton beat out the competition on Day 1 by almost three meters, throwing an impressive 16.82m for her efforts, to not only set a new personal best but also set a new Lancer record. This was the second time the Brooklyn, N.S. native broke the Lancer record in the event this year, after setting a new marker in her first meet of the year at Windsor’s Blue & Gold meet.

She followed that up with a throw of 16.47m in the weight throw competition the very next morning, which also helped her capture gold in the event and becoming No. 2 in the national rankings. 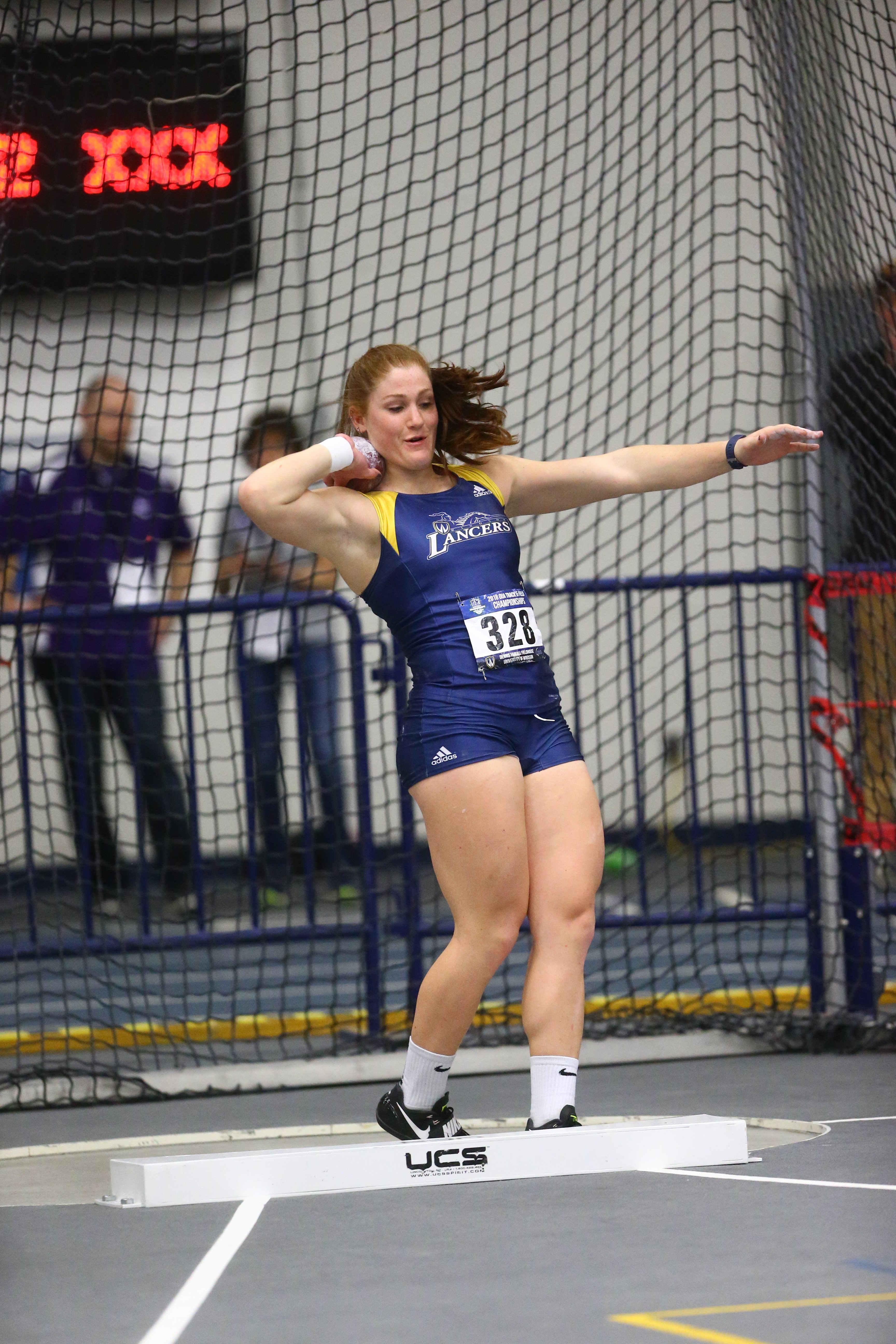 Sarah has been a key member in the success of our women’s team this year through her leadership both at practice and outside. Sarah’s ability to be successful as a student-athlete is a reflection of her ability to be organized and her strong work ethic. 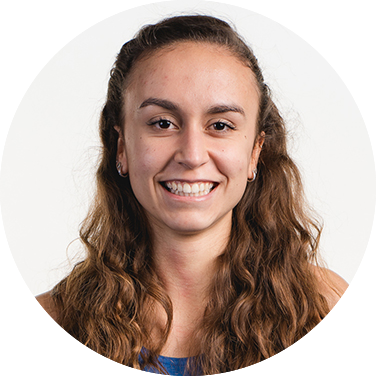 Audrey Jackson had a sensational start on the university scene with the Carabins. In her first season, the medical student established herself as one of the most dominant athletes in Quebec.

At the RSEQ championships, the 19-year-old won the 300m, in addition to helping the Carabins capture gold in the 4x200m relay. Finally, she added two bronze medals to her collection in the 60m and in the 4x400m relay. 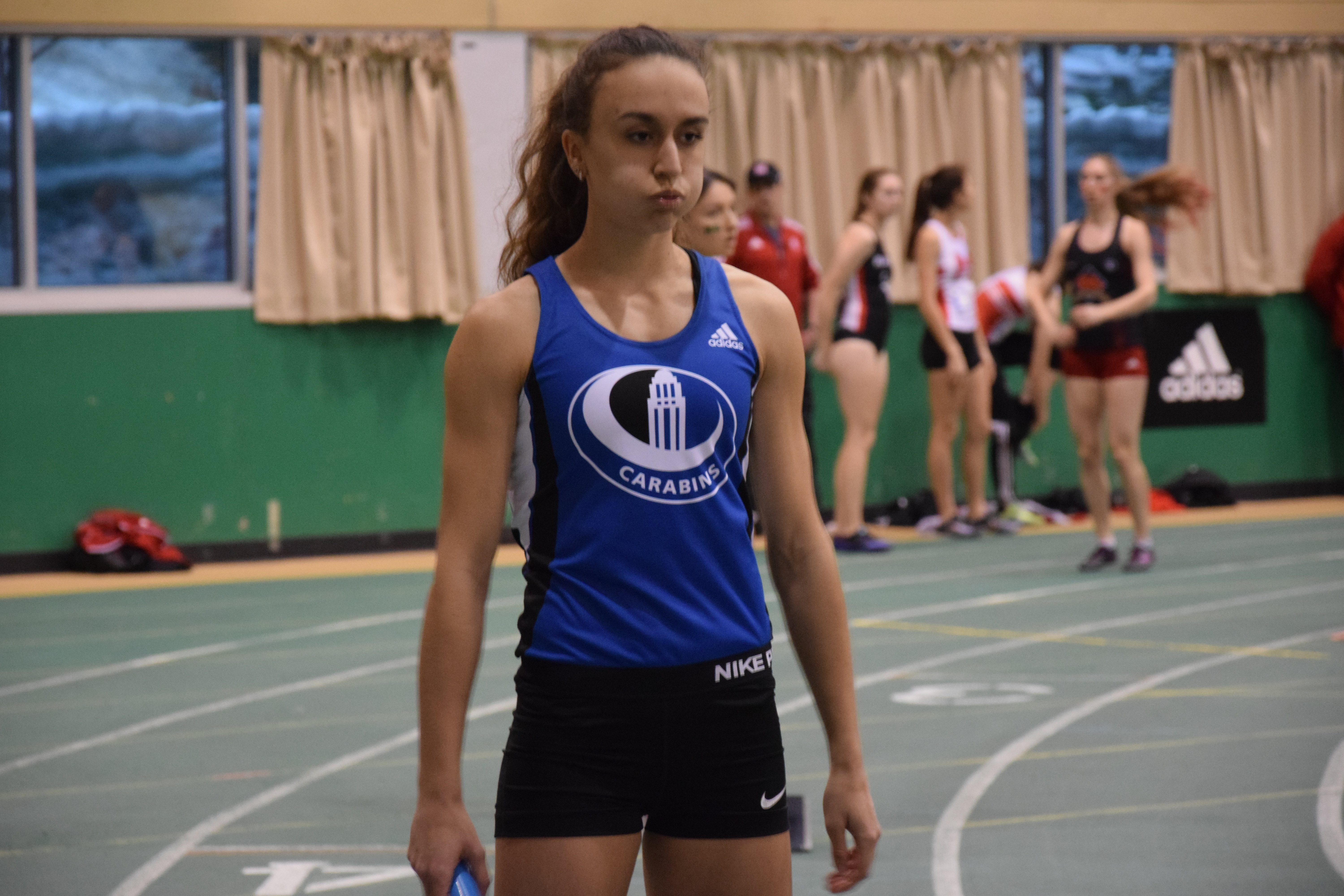 "Audrey is a medical student who wholeheartedly wanted to join the Carabins. She’s truly a high-level athlete who is with us by choice,” said Carabins head coach Éric Janvier. "She’s an outstanding ambassador. She sets the bar for our team and she’s the perfect example that it’s possible to excel in school and in sport. People around her want to be better because they want to support her.” 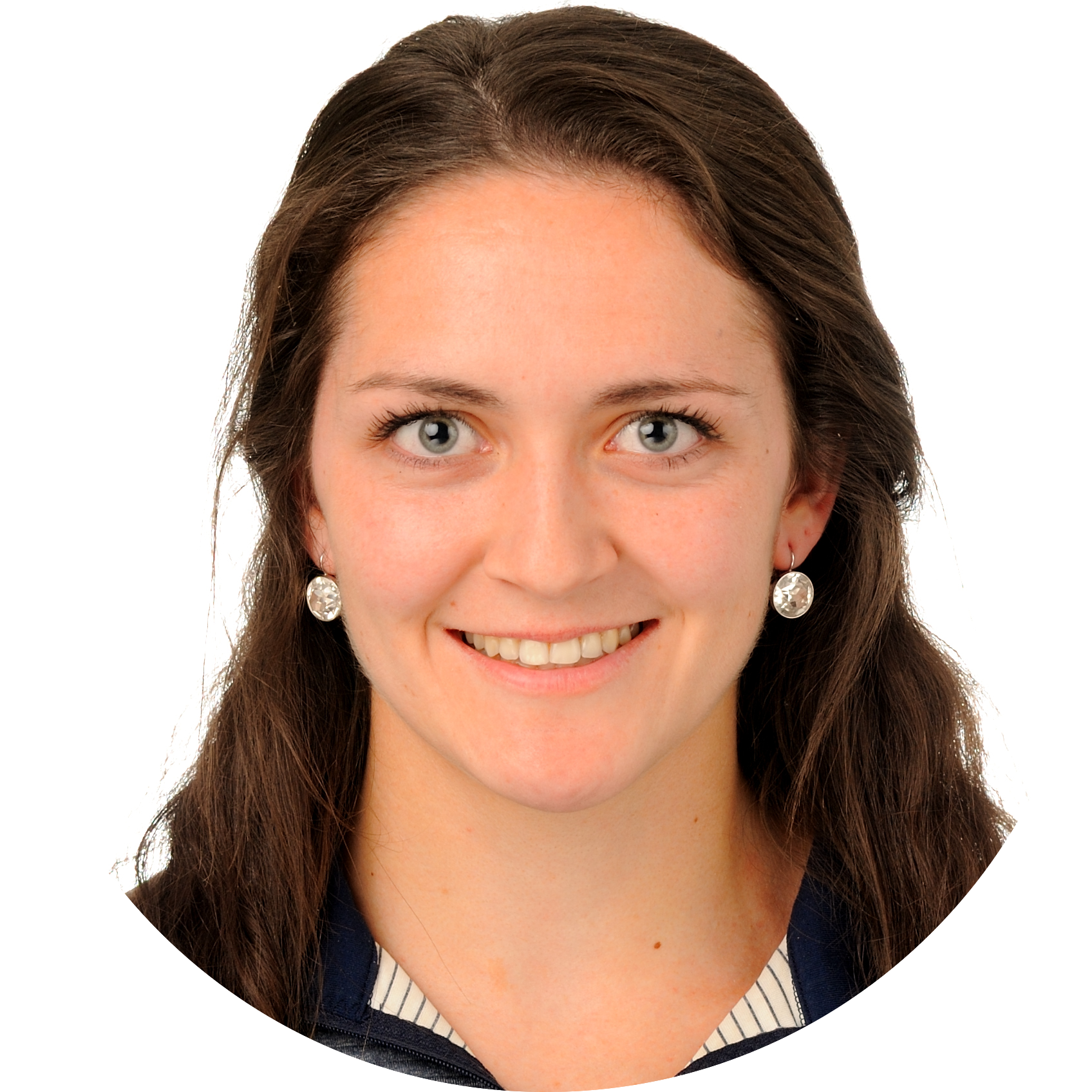 Beth Lawrence, a sprinter from Ardoise, N.S. is in her fourth year in the Bachelor of Science in Human Kinetics program at StFX University and has extensive community service involvement. This year she was the co-founder/coordinator of the newly established SAMHI (Student Athlete Mental Health Initiative) Campus Team at StFX where she helped organize and lead several events for student-athletes to promote wellness and mental health. Beth volunteered with the MAX program at the university which is an inclusive recreation program featuring sledge hockey, skating and aquatics for children and adults with varying disabilities.

Through various service learning programs she has designed and lead physical activity sessions for elementary special education students, provided inclusive physical activity opportunities for members of the local CACL community, focused on one-one settings with AHDA children and adults with special needs pertaining to mental health and obesity, and lent her time to the Fit 4 Tots and Fit for Life programs promoting physical activity and healthy lifestyles for both toddlers and school aged children.

A member of the StFX Leadership Academy, Beth has volunteered at a local nursing home alongside an occupational therapist in the rehabilitation facility, with the Antigonish Multisport Program teaching basic fundamental motor skills in various sports, and with the Halloween Safe Crossing program. Trained through the safeTALK program for suicide awareness, and the Bringing in the Bystander program for the prevention of violence against women, Beth also volunteered her time with Bell Let’s Talk Day and the StFX Student-Athletes for Charity multisport event. Rounding out her time she also volunteered at a physiotherapy clinic and helped coach high school track and field in her hometown in the off-season. 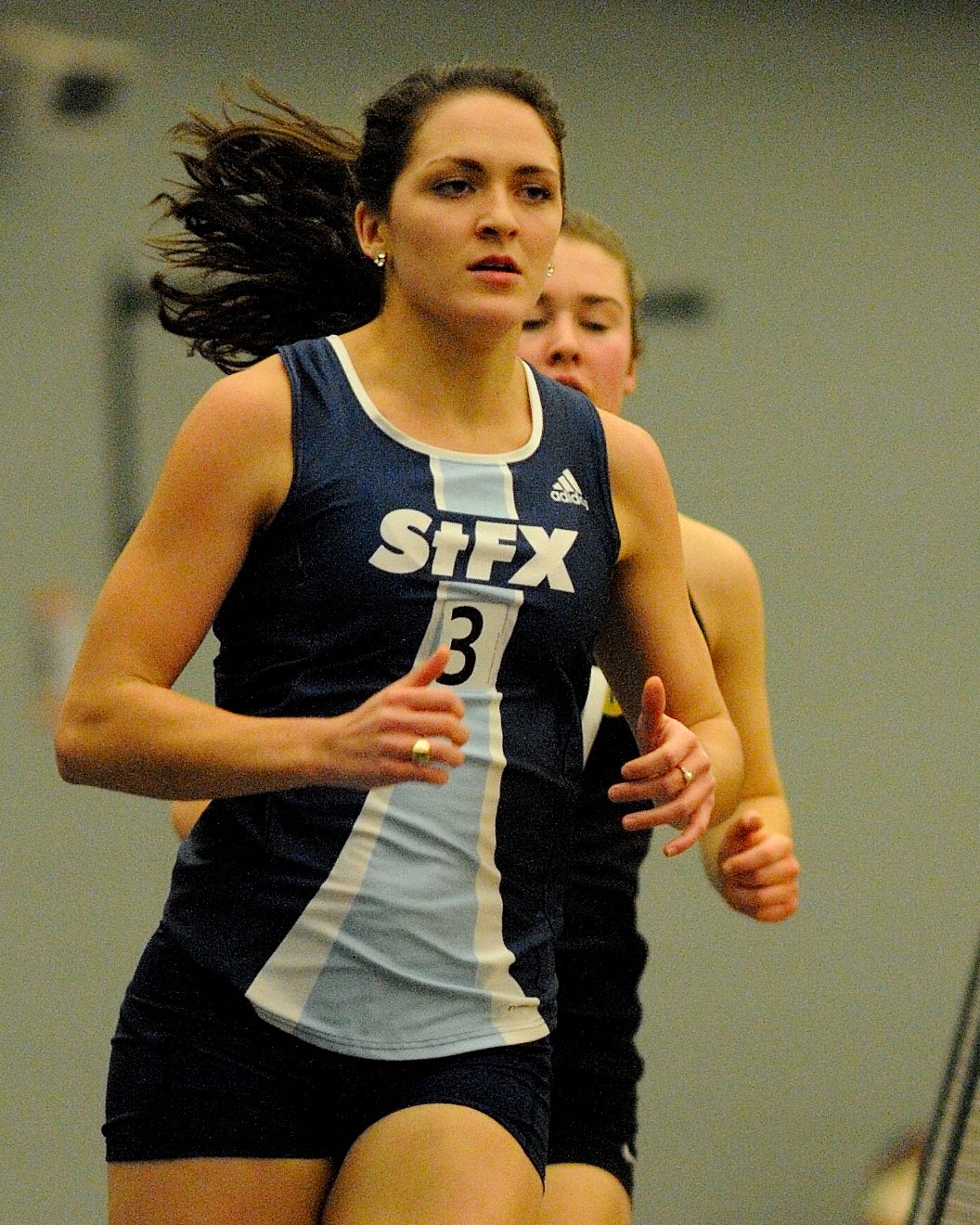 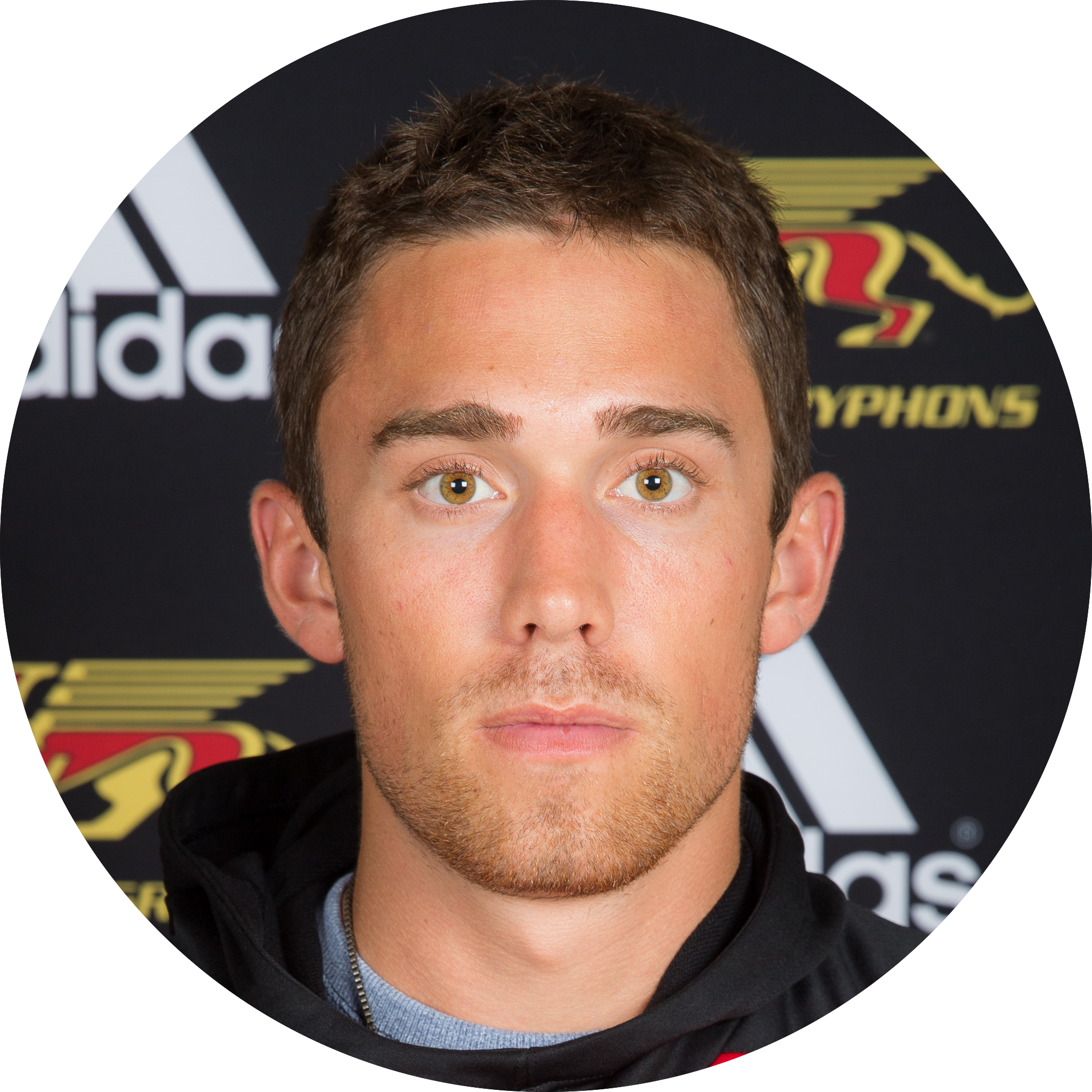 Thomas Land, a fifth year mechanical engineering student, has been instrumental in helping the Gryphons men's track and field team capture an OUA title in 2018 while also maintaining the top spot in the national rankings throughout the 2017-18 season. The Turkey Point, Ont., native who a year ago was named Outstanding Athlete of the Meet at the U SPORTS Championships, produced a double-gold medal performance at the 2018 OUA Championships, crossing the finish line first in both the men's 600m and men’s 1000m events. Throughout his university career, Land has established him as one of the top middle-distance runners in U SPORTS history, and will look to cap his collegiate career by helping lead the top-ranked Gryphons to a second consecutive national title. 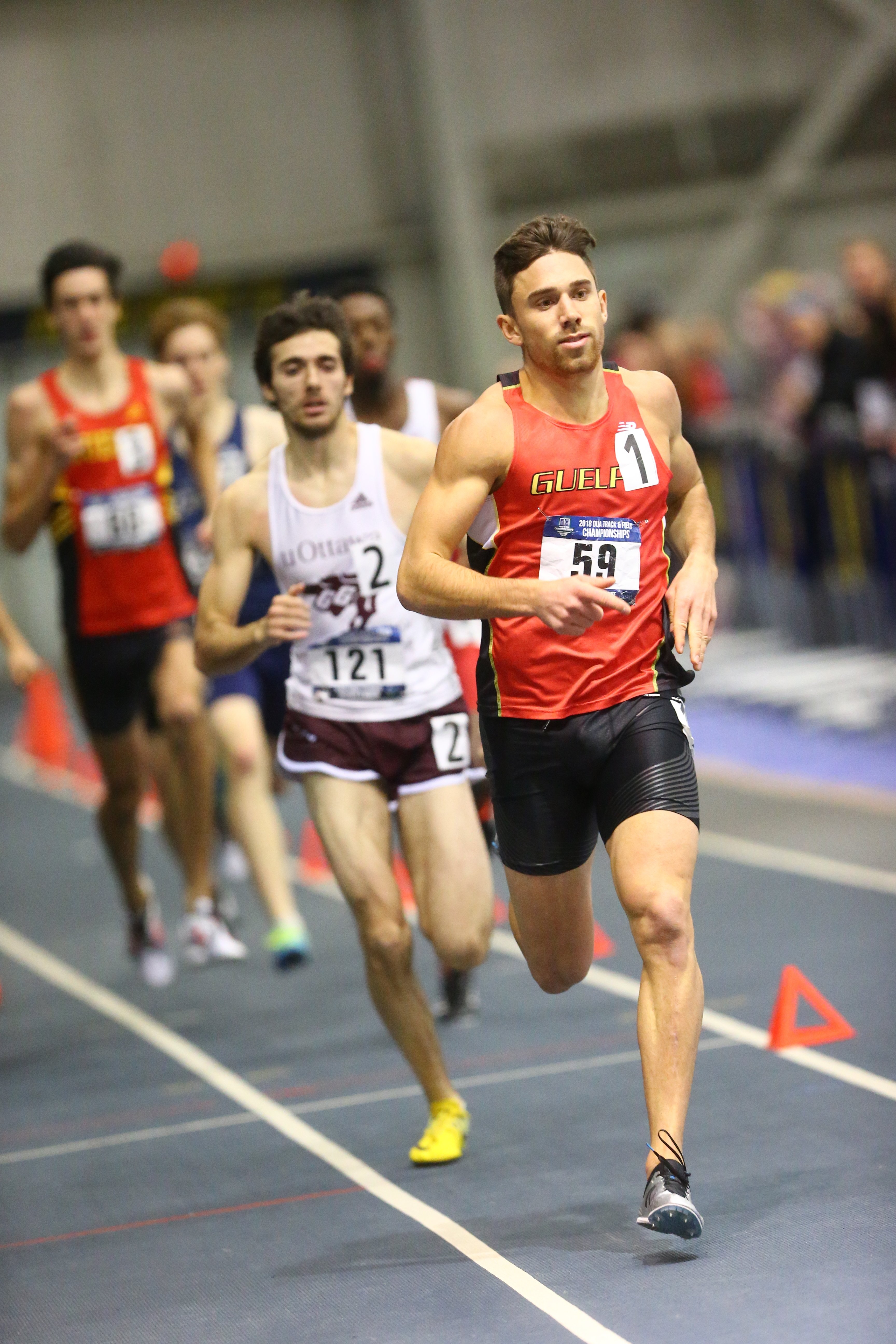 Tommy is a focused, talented guy who brings his ‘A’ game every time the gun goes off. We went into this year with a simple goal of having him just try to win as many races as possible. He has used some different tactics and styles along the way, but every time he’s on that line we are trying to do something big. 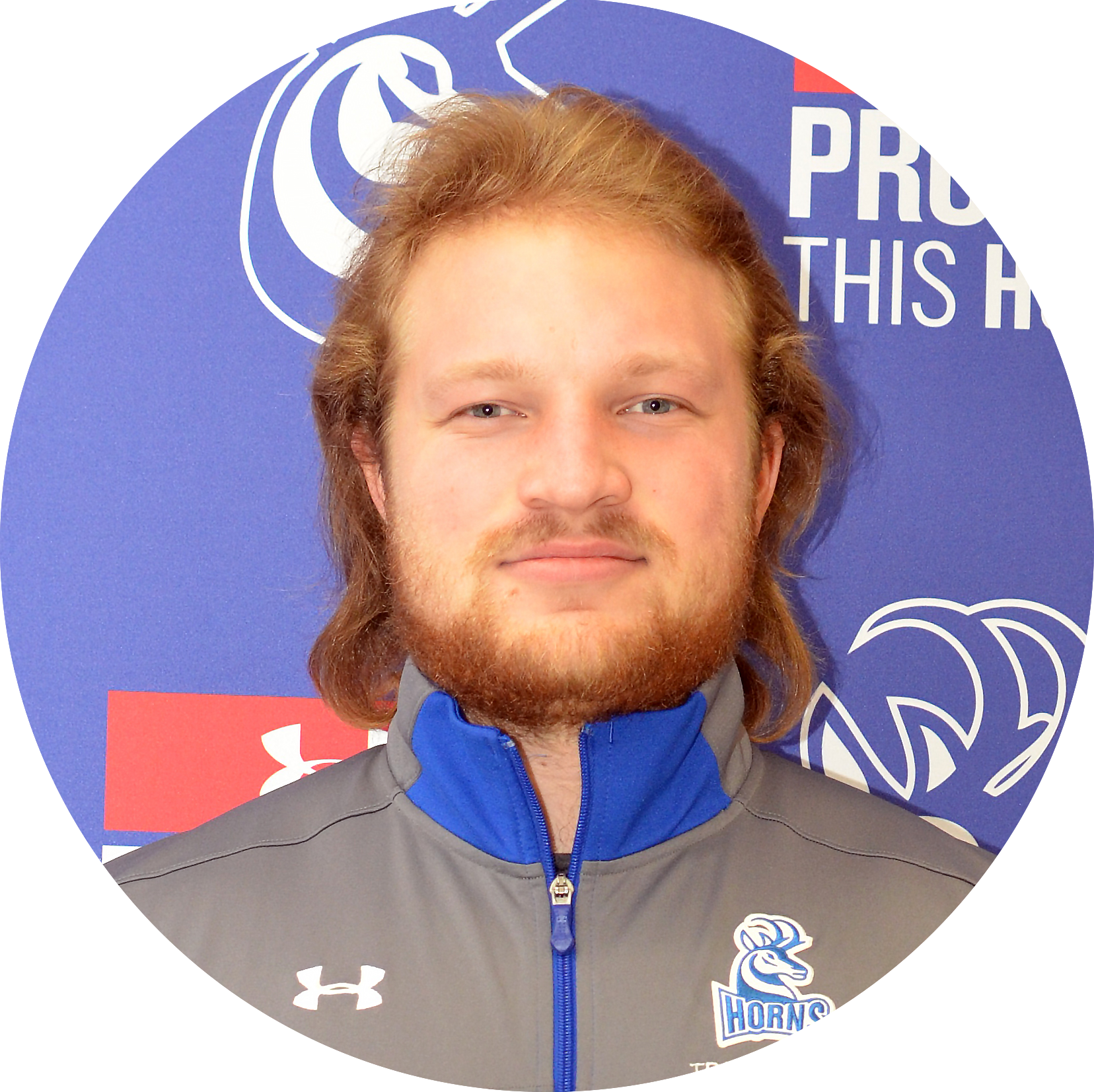 Ben Ingvaldson of the Lethbridge Pronghorns is the 2018 U SPORTS Field Athlete of the Year. Ingvaldson becomes the second consecutive Pronghorn, and third all-time, to win the award. Fifth-year Peter Millman won the award last year and Olympian Jim Steacy won the award four times in his Pronghorn career (2004, 2005, 2007 and 2009).

The Surrey, B.C. native continues Lethbridge’s strong tradition in the men’s throwing events, claiming top spot in both men’s throwing events at the 2018 Canada West Track and Field Championships and was named the Canada West Field Athlete of the Year. The double gold medal performance is the fifth year in a row that a Pronghorn has achieved the feat, following Millman’s four-year reign at the top of both podiums. In his shot put win, the 5-foot-11, third-year thrower set a new personal best with a throw of 15.99 metres and narrowly missed his personal best in his weight throw win.

Ingvaldson has medaled at the Canada West Championships in both events all three years but this was the first two golds of his Canada West career. Last year, he won silver in the shot put and bronze in the weight throw, and as a freshman won bronze in both events. 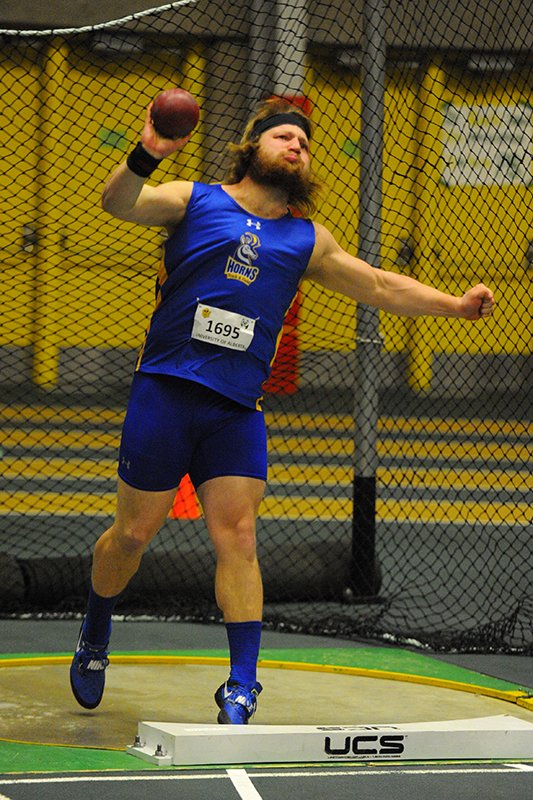 Ben has been having a great season, while taking up the leadership reigns in the performance department and being named the field performer of the year reaffirms this. 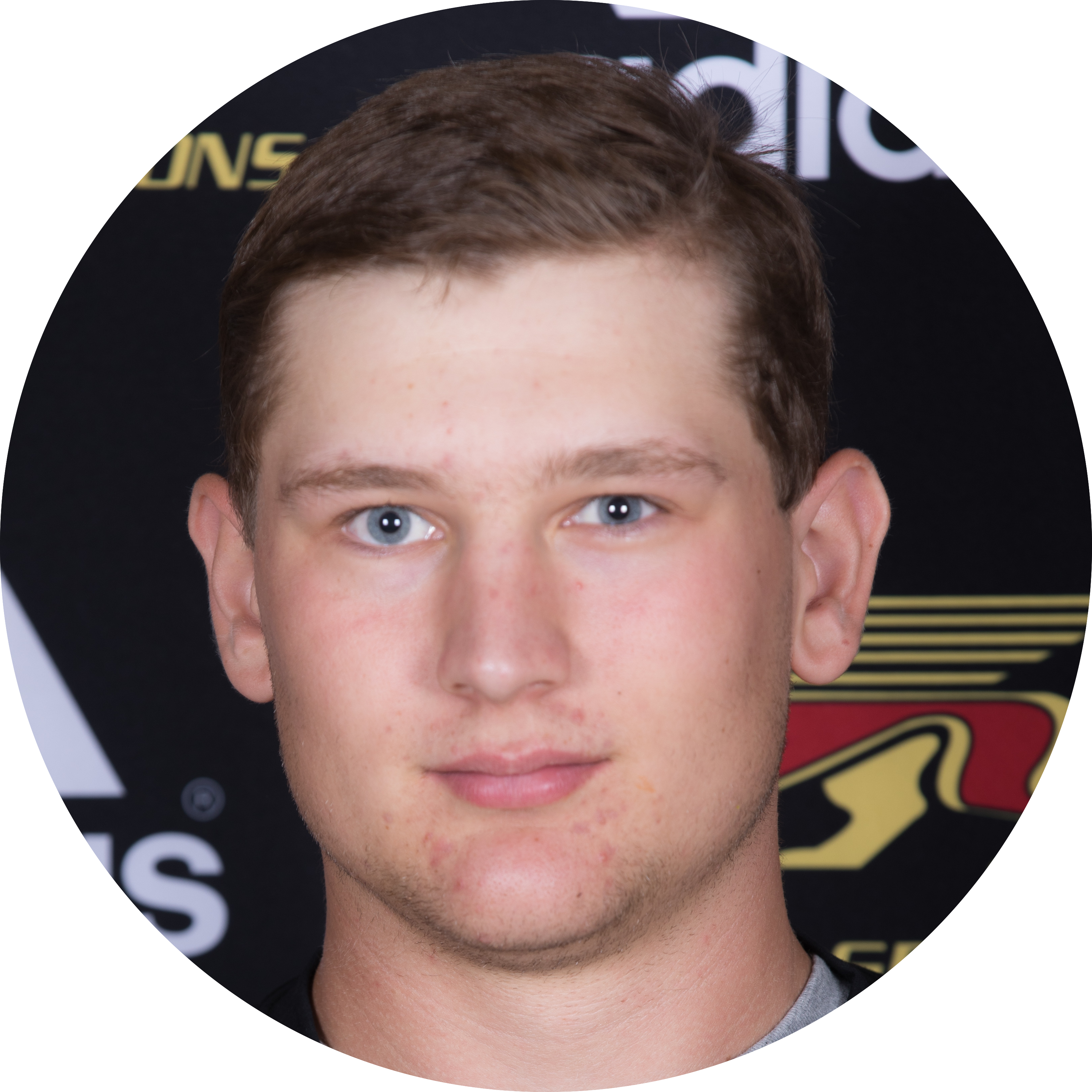 Gryphon rookie Mark Bujnowski has burst onto the U SPORTS scene in 2017-18, establishing himself as one of the country’s best in both the shot put and weight throw. Currently the nation’s top-ranked shot putter, with a throw of 16.57m at the McGill Team Challenge, Bujnowski has seamlessly transitioned to the new weight implement of 16 lbs. (an increase of nearly 3 lbs. compared to the weight used at the junior level).

Aside from being the top-ranked shot putter in U SPORTS, Mark is also currently ranked eighth in the country in weight throw. Bujnowski’s sister, Kristen, represented Team Canada at the 2018 Winter Olympics in PyeongChang, where she competed in the Bobsleigh. 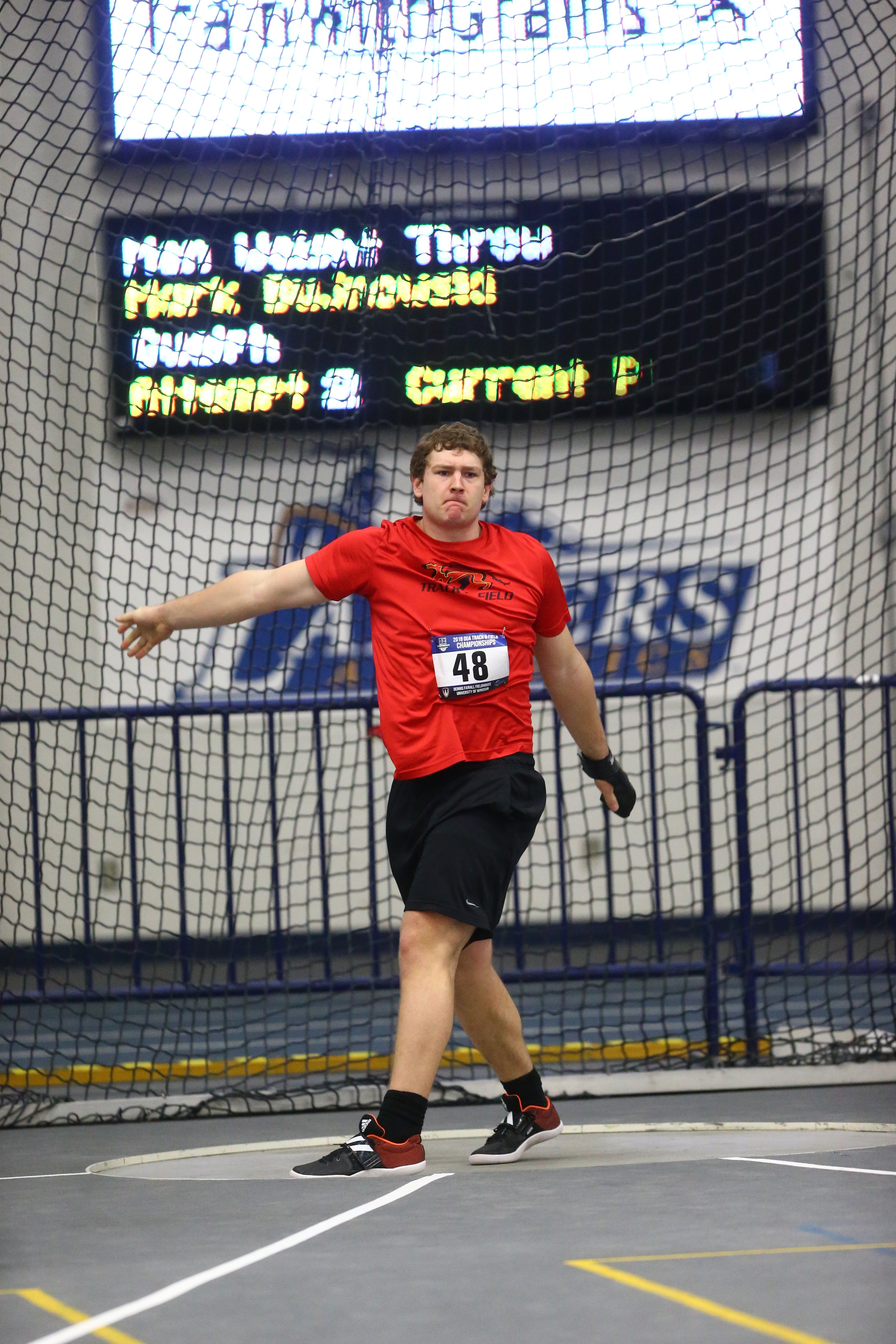 Mark is everything you’d want in a young athlete. He’s open minded, positive at practice, he communicates well and he is a monster physical talent who has a great brain to go with it. It’s a rare combo. His Gryphon career is off to a great start and we want to give him all the resources he needs to be as good as we believe he is, which is world-class. 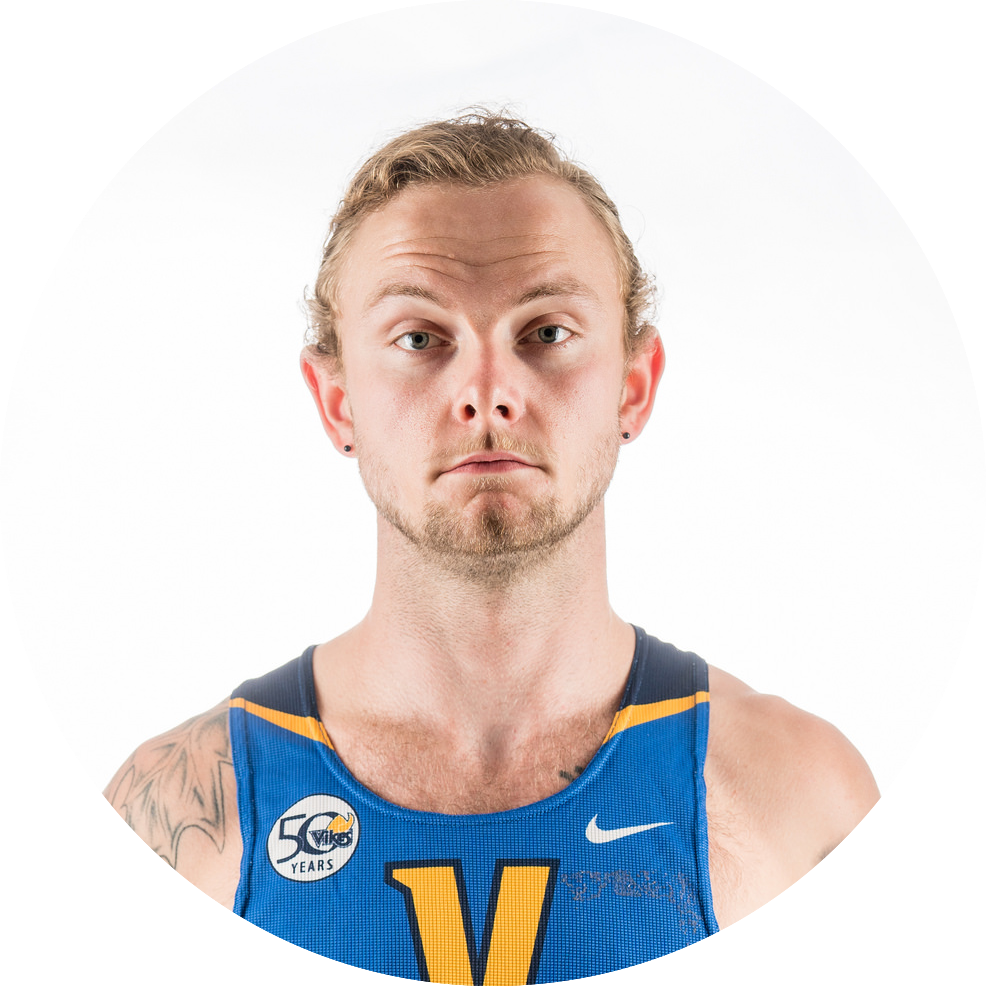 A fifth-year education student, Tyler Smith participates and contributes to Varsity Council meetings, which helps set up initiatives such as blood donations and Power to Be collaborations with the Vikes athletes to promote community engagement and mentorship. He is also involved with Big Brothers Big Sisters plus a 2017 Honour Roll student and has been First or Second Team All-Canadian for the past four years. 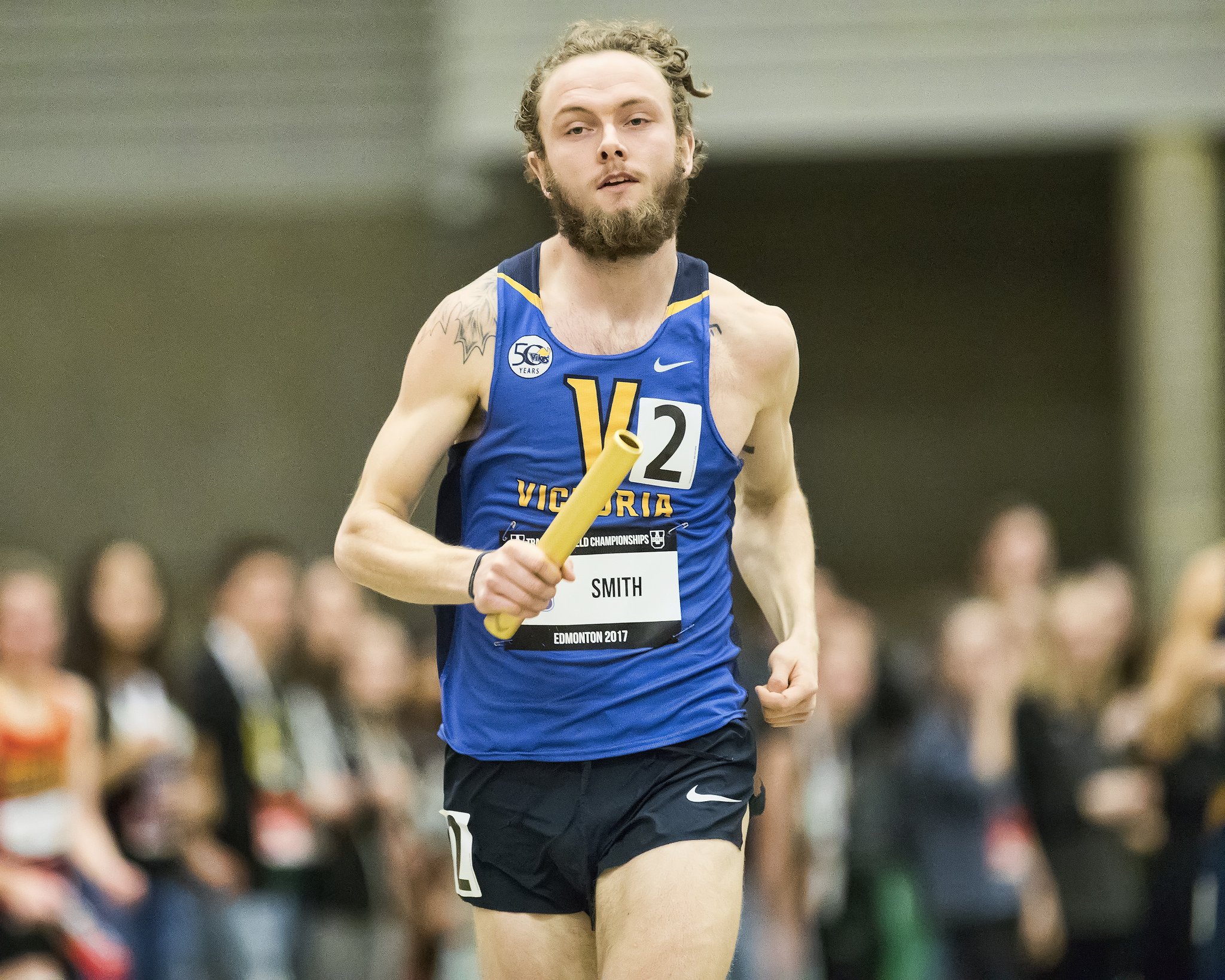 The reason we nominated Tyler for this award is the growth we have seen from him in the last five years. He is a Big Brother in Big Brothers, Big Sisters and he has really improved in his ability to manage and balance being both a student and a top-level athlete. It's so impressive and we thought he should be recognized for that because not many people know about the work that he puts in off the track as well.