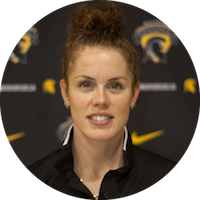 1. How did you first get involved in coaching? What was your path to your position as head coach of Waterloo?

I became a Warrior when I studied at Waterloo in the Fall of 2003. I competed for the team for five years and then transitioned into the team manager and assistant coach position beginning in 2008. From there our former head coach and my husband, Shane Ferth, decided to go back to school and was accepted into his program at the University of Guelph. The Gryphons then hired him on and the head coach position opened at Waterloo.

We both are so proud of what Shane had developed at Waterloo and had a hard time letting go of that history we both had with the team. It was then decided that I would apply for the head coach position in hopes to continue the success Shane started with the Warriors.

My husband and personal coach, Shane Ferth. He’s an incredible role model for this position with his professionalism and knowledge. He truly wants what’s best for the athletes and is straight-forward, which I really admire. Also, Western’s head coach Vickie Croley has always been so supportive. She’s had so many roles within the sport that she’s a fantastic role model for other women as well as men.

Cooperative. Coaching isn’t just directing people what to do, but it’s teaching athletes and other coaches why we do certain things and how they can or cannot be beneficial to themselves and the team. We try to guide the athletes in the direction we believe will benefit them the most while letting the athletes learn and make decisions themselves. Coaching goes beyond the sport as well. We’re working with young adults who are experiencing so many new life events, i.e. living away from home, how to cook and eat properly, dealing with personal situations; so, trying to implement smart choices outside of the sport is a huge part of leading a team.

Shane Ferth is who I admire most. Perhaps I’m biased, but I see all the hard work he’s put in, how much he cares for the sport and the athletes and he’s incredibly knowledgeable. He doesn’t ask for anything in return and doesn’t get enough credit for what he does.

Last year I thought the athletes needed a break mentally and physically halfway through the season and decided to make practice a into yoga session. It was a fun way to have everyone interact and step outside their comfort zone while getting some active recovery in. 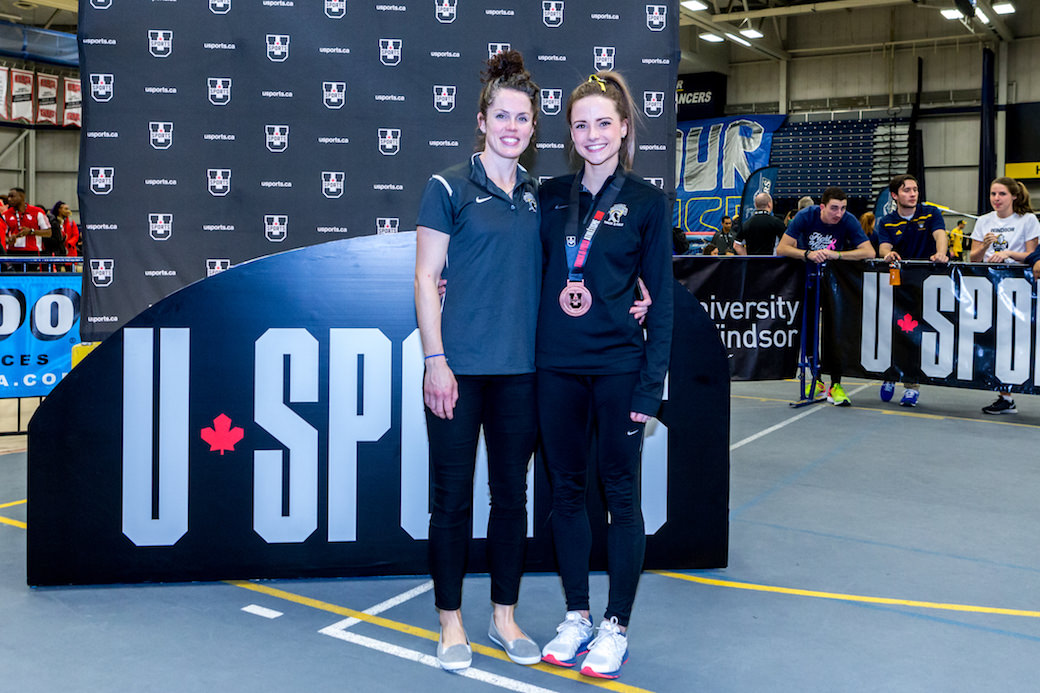 We had an incredible season in 2017 with numerous OUA and U SPORTS medals along with team records and Top 10 performances. Seeing the athletes achieve some hardware and recognition for their hard work is always rewarding. But there are always a lot of other moments that stick out in my mind that happen behind the scenes.

We had an athlete this year who had always struggled to make our team standard but worked so hard, stayed positive and just loves the team and sport. They had a breakthrough season this year and dominated their own performances from the very beginning of the season to the end. Seeing the progress and joy in the athletes’ faces when they hit these types of achievements is so gratifying and is the main reason I love coaching.

Set goals and do your best to work towards them, don’t leave room for regret. Also, finding a coach you trust in and will dedicate themselves to your progress will help achieve success.

Because I’m newer to the position I’m always learning – what to do and what not to do, what can be improved etc. As a coach, you have to be able to adapt to certain situations and make quick decisions. Sometimes they turn out to be the right decision and sometimes they don’t, but there’s always something to take away from your successes and mistakes.

I feel my principles and values have remained the same. I’m honest with the athletes and staff and have goals in mind for the program. I expect everyone to do the same so we can work together to achieve these goals.

I always say there is not enough time in the day to do everything I want to do. My background is in fine arts, so I do some painting on the side when time permits. My full-time job is with Manulife as a project coordinator. Coaching for different teams isn’t ideal, but my husband and I still train and compete so a lot of our spare time together is spent at the track with our one-year-old son who gets towed along to practices and meets. He loves to run so I don’t think he minds too much.