National Championship MVPs Eric Lutz of the Calgary Dinos track and field team and Sabine Dukate from the Saskatchewan Huskies women’s basketball squad are the U SPORTS Male and Female Athletes of the Week for the period ending March 8, 2020. 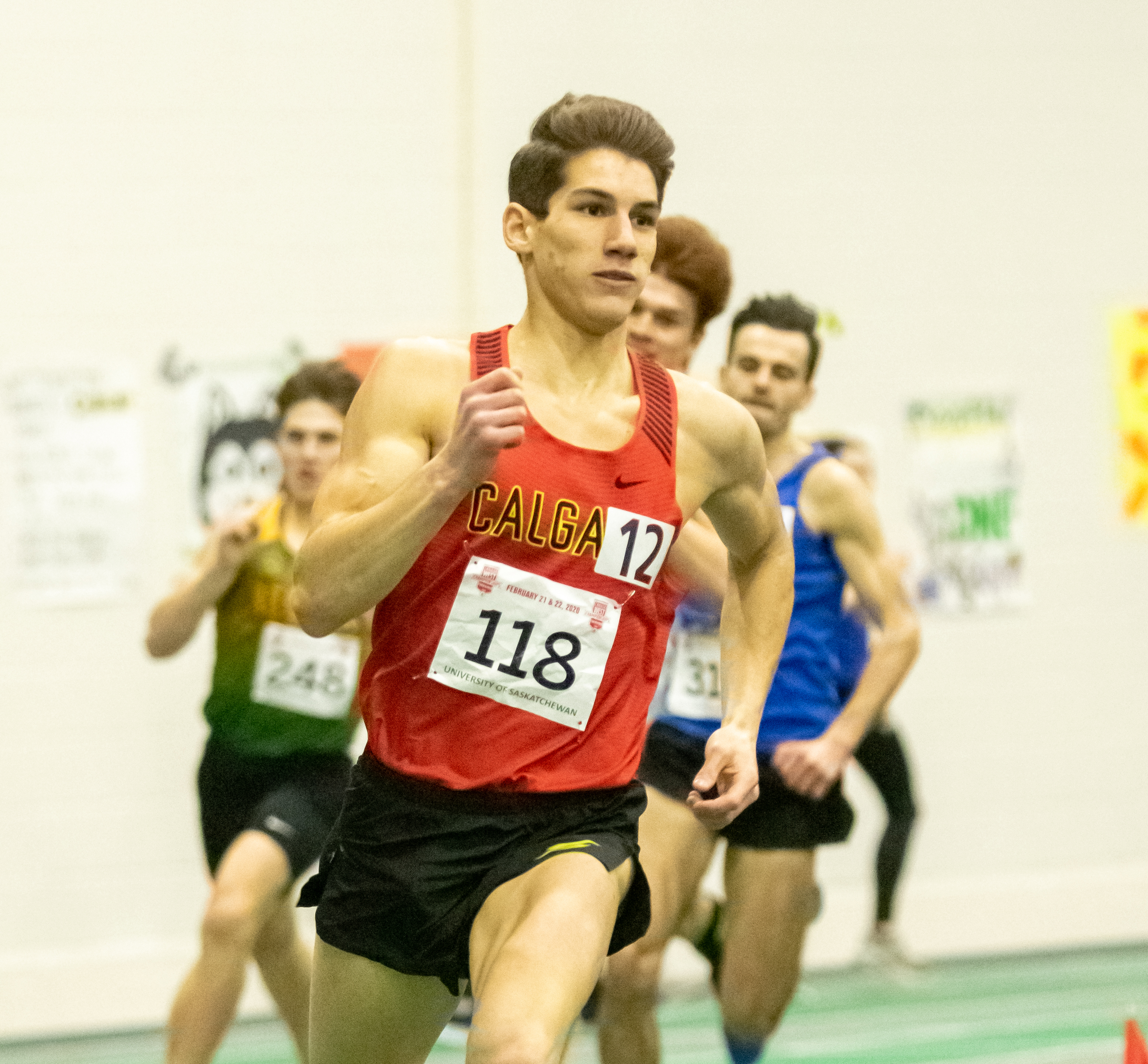 Lutz put the finishing touches on an impressive season this past weekend at the 2020 U SPORTS Track & Field Championships.

A member of the Dinos national champion men’s cross country team, Lutz earned a pair of gold medals in the men’s 1000m and 1500m. In both races, Lutz sat quietly behind the leader until timing perfect moves and blew by his competitors en route to convincing wins in both events.

His performance at the national meet in Edmonton saw him named the U SPORTS Athlete of the Meet. Before the competition began, he also won the national Student-Athlete Community Service Award. 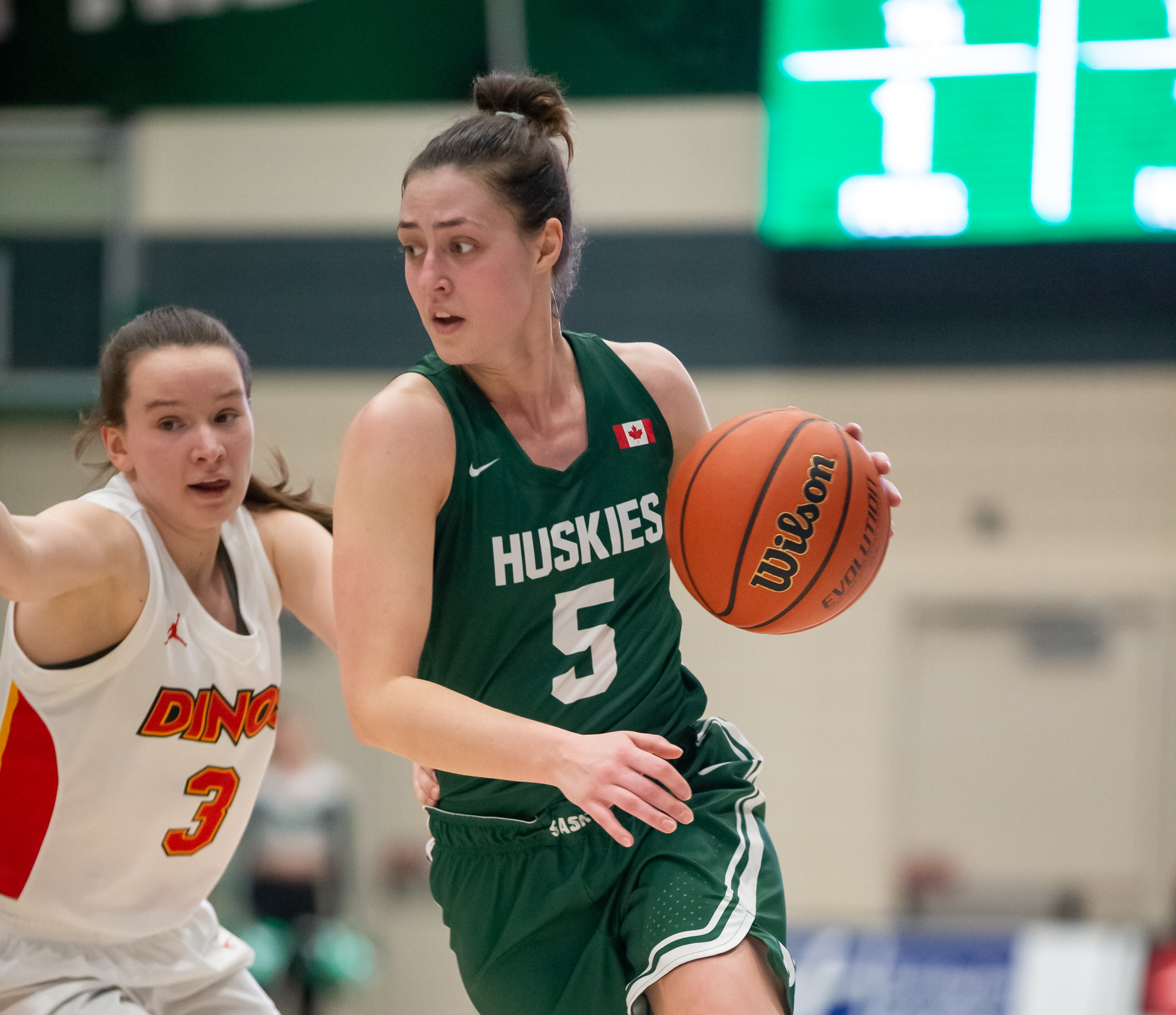 Dukate made sure she ended her incredible Huskies’ career on top, scoring 53 points over three games to lead Saskatchewan to a second U SPORTS national championship in program history.

Named the tournament MVP and a tournament all-star, Dukate was on fire from long-distance all tournament long, helping the Huskies to wins of 14, 19 and 18 points as Saskatchewan dominated the field for their second title in the last five years.

Starting the weekend with a quarter-final win over the Carleton Ravens, Dukate went 5-of-11 from beyond the arc and finished with a game-high 21 points, 13 of which came in the opening quarter.

The product of Ventspils Latvia followed that up with eight points in a semifinal victory over the Laval Rouge et Or before taking over in the championship game.

Dukate knocked down eight of 12 three-pointers in the title game, a new record for the U SPORTS women’s basketball championship. Scoring a game-high 24 points, Dukate’s touch from three-point land led the Huskies past the Brock Badgers.

Dukate ends her five years with Saskatchewan with four Canada West titles and a pair of U SPORTS national championships.